Well it’s that time of year again, and the dog days of summer are drooling out like slow molasses for many of us. Even if your climate isn’t particularly pallid these days, chances are this summer ain’t like any summer you’ve had before. Unless you’ve simulated life under a global pandemic before, in which case, kudos to you.

What to do under these strange, homebound times? Well the Criterion Collection and Barnes & Noble have a way to whisk those summer blues away–spend some dough on some cheap, premium home video* releases!

Until 8/2, select (meaning mostly all) Criterion releases are marked down to 50% off at Barnes & Noble, allowing cinephiles and hoarders from far and wide to expand their movie collection, discover a new favorite, and, perhaps, leave a pile of hard plastic wrapped in shrink wrap to languish for a time. Who am I to judge!

“But Sam,” you might say, glancing at the tome-like list of finely-packaged titles, “there’s just too many! What the heck am I supposed to do if not buy all of them!” Fear not, eager spender, for I’m here to help you decide–with a few choice selections this might just be worth your time. In essence, let me live through your spendthrift ways!

And without further ado… 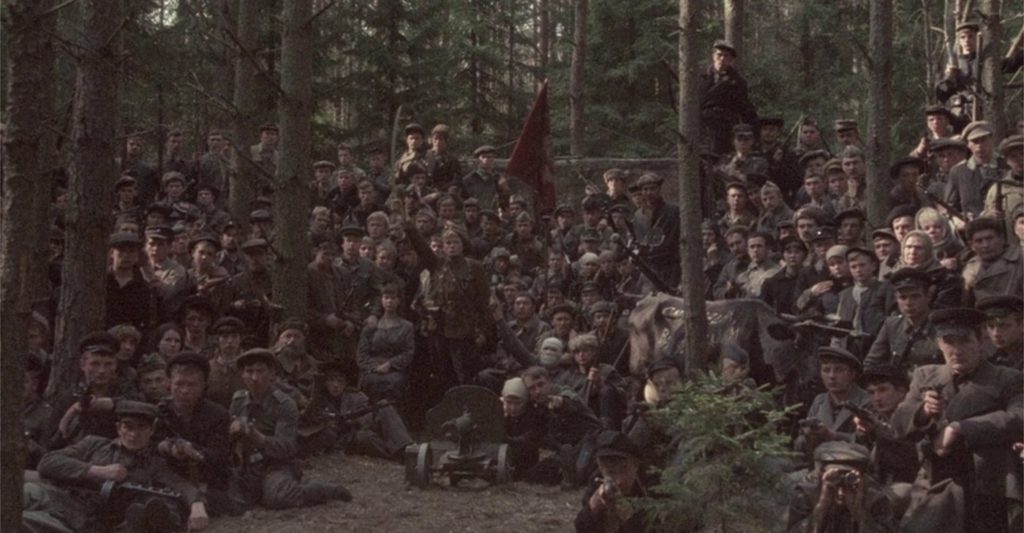 I believe I’ve mentioned this film at least once previously, whether through personal rambling or one of our C What’s Good monthly segments. In any event, it bears repeating: Come and See is the most brutal, unflinching, soul-squeezing film I have ever seen about the Second World War. Shot across the sweeping Slavic countryside, Klimov’s film is an often-surreal look at the resistance taken up by Belarusian partisans who fought tooth-and-nail against the invading German forces.

Klimov uses steadicam frequently, and a lot of natural light that allows for a documentary-like, gliding feeling. When Inarritu’s The Revenant released in 2015 I was immediately struck by how much the in-your-face style of camerawork reminded me of Come and See.

Recently (just a few weeks ago!) released to the Criterion Collection in a grimly-decorated Blu-Ray package, Come and See is certainly not a summer blockbuster war film. It is, however, truly one of the greatest ones ever made, by my account, and a necessary part of any film buff’s collection.

Another recent release for a very recent film, one of last year’s breakout international hits and a personal favorite of mine (actually, the last film I saw in a theater before the pandemic!), Sciamma’s Portrait of a Lady on Fire is a gorgeously-produced and masterfully-paced drama of heartbreak and lost love.

“You’re really picking a joyful bunch here,” you might think. Lady on Fire might be tinged with melancholy, but its premise is highly conducive to these long summer days we’re in for. A painter (Noémie Merlant) is commissioned to produce a portrait of a soon-to-be-wed bourgeois wife (Adèle Haenel), one less than thrilled about her pending marriage.

What starts as a secretive, confrontational relationship turns to friendship, and then something even greater. Portrait uses its isolated 18th century French island (somewhere in Brittany, replete with gorgeous coastal views) as a space in which these characters dance around each other, provoking and prodding. It’s certainly a romantic film, but most definitely not one gushing with sentimentality; it can be a bit existential, being a bride-in-waiting on a beautiful island. Maybe a bit like being an unshaved and bleary-eyed movie fan under quarantine? A poet need not look far for his next stanza.

Okay, I’m not going to lie–I’ve never seen The Great Escape. I’ve seen plenty of John Sturges (big fan of Spencer Tracey taking zero guff in Bad Day at Black Rock), but his magnum opus of motorcycle-jumpin’, POW-escapin’, Nazi-punchin’ grandeur has been one I’ve kept tucked in my pocket. Call it a Rainy Day Movie; one I know I’ll love, for when I absolutely, positively need to see a movie I’ll love. But with Criterion’s new Blu-Ray release of the film, why not have your Rainy Day Movie today!

This slot of the list is a stand-in for much of the wonderful work the folks at Janus and Criterion do for these classic Hollywood films, and further proof of the Collection’s eclectic selection; there’s truly something for everyone here. Massive names like Dr Strangelove and Seven Samurai are the backbone of the Collection, which seeks to cover the towering achievements and mainstream smash-hits as much as the niche foreign films and oddball Japanese yakuza films that some people (*ahem*) obsess over. The addition of Sturges’ film is a welcome return to this realm.

It’s also a fresh opportunity for those who might have only heard of The Great Escape through Once Upon a Time in Hollywood to see what Rick Dalton was so bummed about missing out on.

If you’re like me, you might be particularly excited for the upcoming PlayStation 4 exclusive Ghost of Tsushima, the open-world samurai adventure developed by Sucker Punch Productions wherein you take control of a wandering samurai-turned-guerrilla amidst the 13th century invasion of Japan by Mongol raiders. Taking inspiration from the classics of samurai cinema, the game even features a “Kurosawa Mode,” where a meticulous black-and-white filter (and other alterations) pay homage to the master himself. But why limit yourself to just one color?

Hiroshi Inagaki’s mid-’50s trilogy of films chronicles the life of real-life samurai legend Miyamoto Musashi, one of the most famous icons of Japanese history. Played by the immaculate, perfect Toshiro Mifune, the trilogy chronicles Musashi’s transformation from eager independent to master swordsman of legend. Over the course of three films (none of which run particularly long, or bog down with too much history for any antsy viewers) Mifune and Inagaki envision and bring to life a legend of such tall tales he’s had all sorts of wild adaptations, his namesake practically synonymous now with “master samurai.” 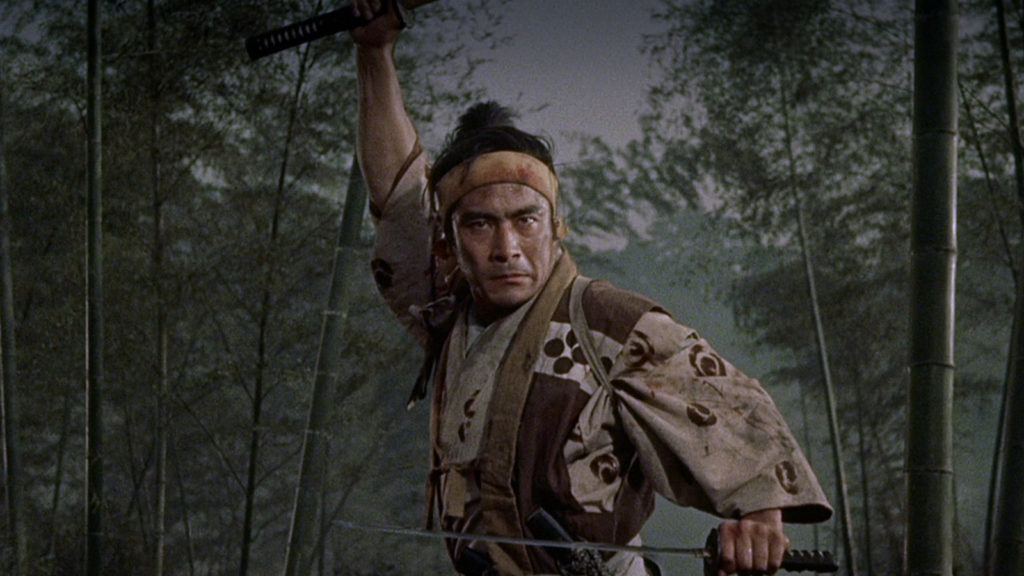 The Samurai Trilogy is a beautiful set from the Collection, and features all of the iconic sorts of samurai film (jidaigeki, Edo Period dramas if we want to get specific) images one could ask for. Epic clashes? Check. Wandering adventures? You bet. Swords at sunset on a beach? The very best.

So whatever your poison, new or old, violent or just violently passionate, fun or absolutely devastating, the Criterion Collection, as always, has you covered. With the summer days particularly long this year, theaters shuttered and the news not exactly a source of joy, there’s nothing wrong with turning to some good ‘ol motion picture entertainment for a little escape and, because we here at Flixist believe in education, a little learning.

The Criterion Collection, besides boasting premium prices and packaging, pads their releases with the sorts of essays and supplementary materials that give context and, I think, can help you really learn to appreciate a film beyond its runtime.

What the heck, have fun! Go wild!