In honor of Grandparents Day this weekend, A24 will be re-releasing its acclaimed tearjerker The Farewell into select theaters on September 8, 2019. With a story focused on a Chinese family giving their goodbyes to the eldest member of the family, it only makes sense that A24 will be including Mandarin language subtitles for filmgoers. Nothing else has been altered with the film, so you won’t see unused footage or additional scenes.

A concrete theater list wasn’t provided, but a promotional image with various locations should give you an idea if your local theater will be running the movie. The Farewell is still playing in some locations, so it probably won’t be hard to catch this re-release. Seeing as how I haven’t had the chance to catch this film, I’m definitely going to make sure I see it this weekend. 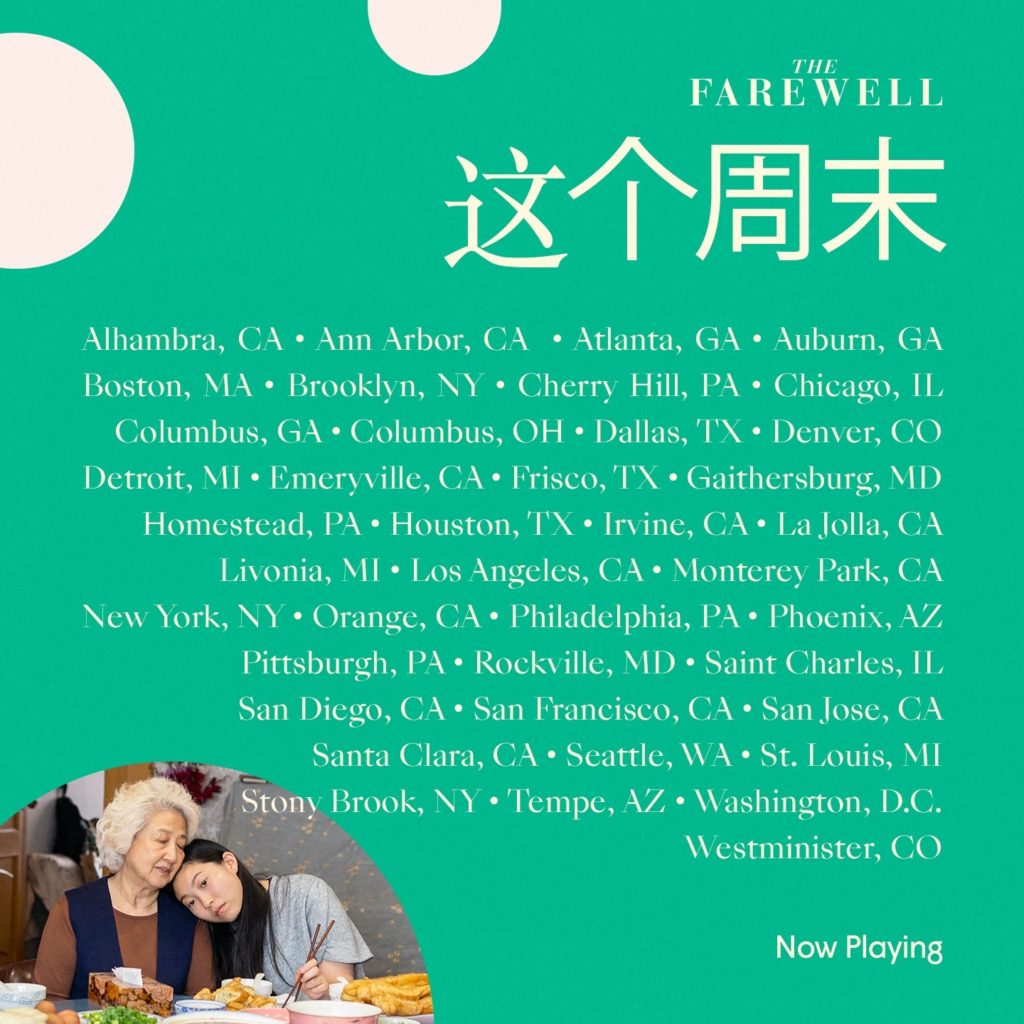 No Way Home is officially the third Spider-Man film, coming this Christmas