0
Let the Past Die

Another year, another Star Wars film to over analyze and get all nitpicky about. While I found The Last Jedi to be a weaker film than The Force Awakens, I had a good time with it and was surprised at how many tropes the film subverted. Instead of going for the obvious, we got a Star Wars film that was unafraid of making new choices and taking the story in some interesting directions.

Obviously, this post is going to be loaded with spoilers, so if you haven’t seen the film yet, please don’t continue on. I don’t want to be held liable for ruining any surprises for you and there is one moment, in particular, which made me incredibly happy. Anyway, this is your formal warning, so proceed with caution. 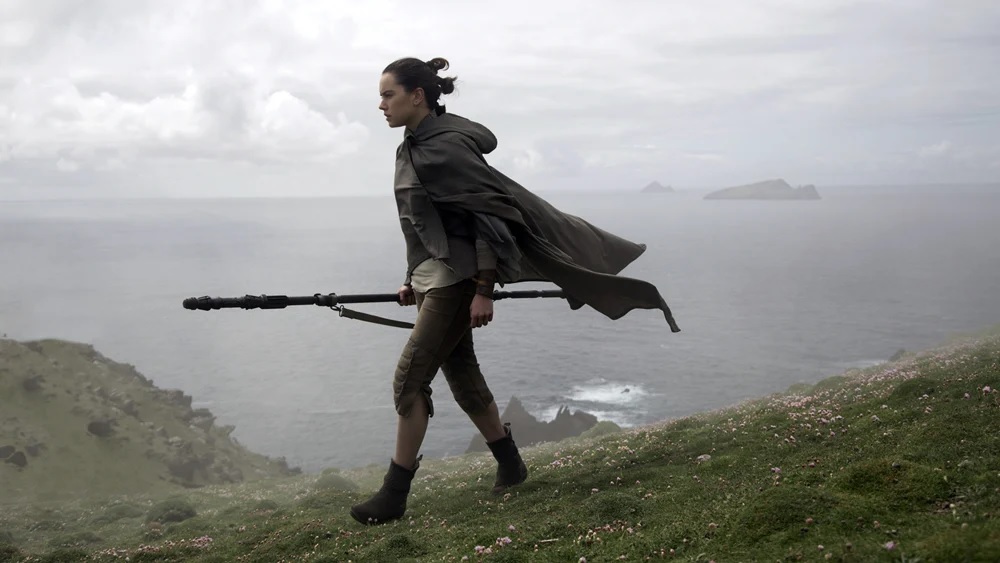 The biggest theme from The Last Jedi is one that I find very intriguing: “Let the Past Die.” As the franchise currently stands, Star Wars is all about trying to recreate that wonder of that original trilogy and playing up nostalgia for cheap thrills. As good as I found Force Awakens, the fact that it was a pseudo-remake of A New Hope is basically the opposite of what The Last Jedi is trying to tell you.

A bunch of moments in the new film are direct callbacks to The Empire Strikes Back and Return of the Jedi, but they don’t end up at the same conclusion. You have a master reluctant to teach a new pupil, said pupil questioning her master at every step, a confrontation with the supposed big bad guy and even the student entering a cave to seek out their lineage. All of these, though, are taken in bold new directions that call back to the theme I mentioned above.

When Rey arrives on Acth-to and hands Luke his saber, he tosses it over his shoulder and tells her to leave. You’d be forgiven for assuming this would be a direct parallel of what Yoda did in Empire (dismissing Luke as too old to learn the ways of the Force), but the truth is that Luke is actually scared. He essentially created Kylo Ren (by attempting to assassinate him and backing down) and that fear nearly consumed him and led him down the path of the Dark Side. 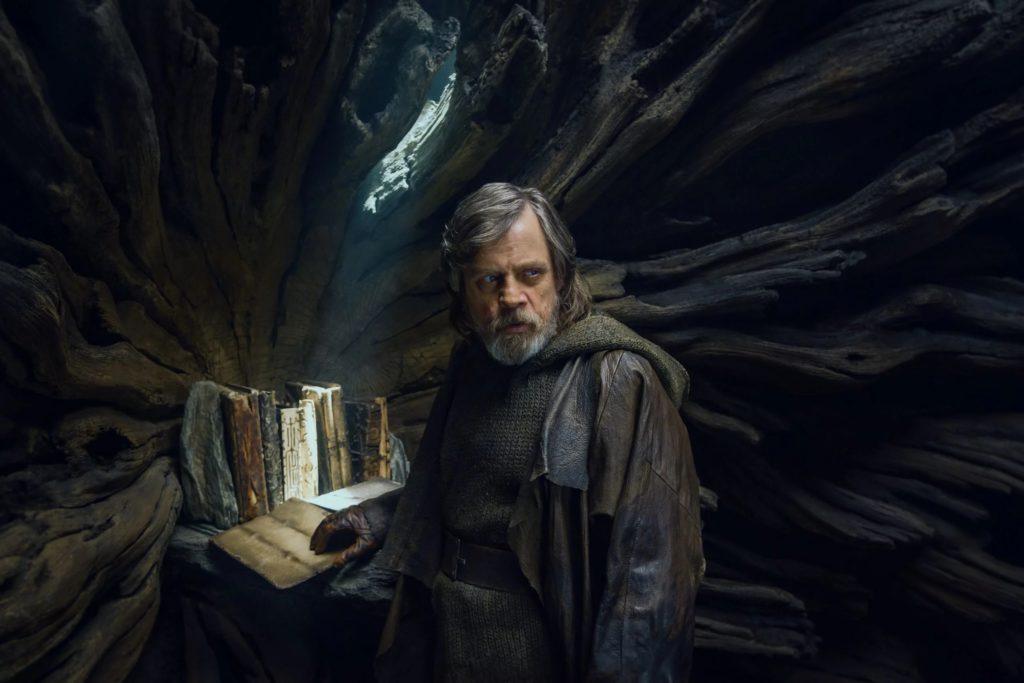 His reason for staying secluded is because he is holding onto the past. Luke can’t come to terms with how he failed his sister, his best friend, his nephew, and his own legacy. He was the Jedi that brought order to the force and stopped the insidious Emperor Palpatine; how could his man fall so hard? How can he look into the eyes of his admirers and tell him he is the reason for their doom?

Rey is propelled through the plot not because she is courageous or even destined to help the world, but because she wants answers to her past. Rey might be skilled at a lot of things, but she holds a tremendous amount of anger at her parents for abandoning her. She has a propensity towards the Dark Side because of this, which is exactly what Luke fears the most.

Kylo Ren, on the other hand, is aggravated that people keep comparing him to his ancestors. Lord Snoke constantly reminds him of the death of his father, Han Solo, and berates him for not living up to the name of Darth Vader. Kylo also can’t get over his misinterpretation of Luke’s intentions on the fateful night that sent him spiraling out of control. 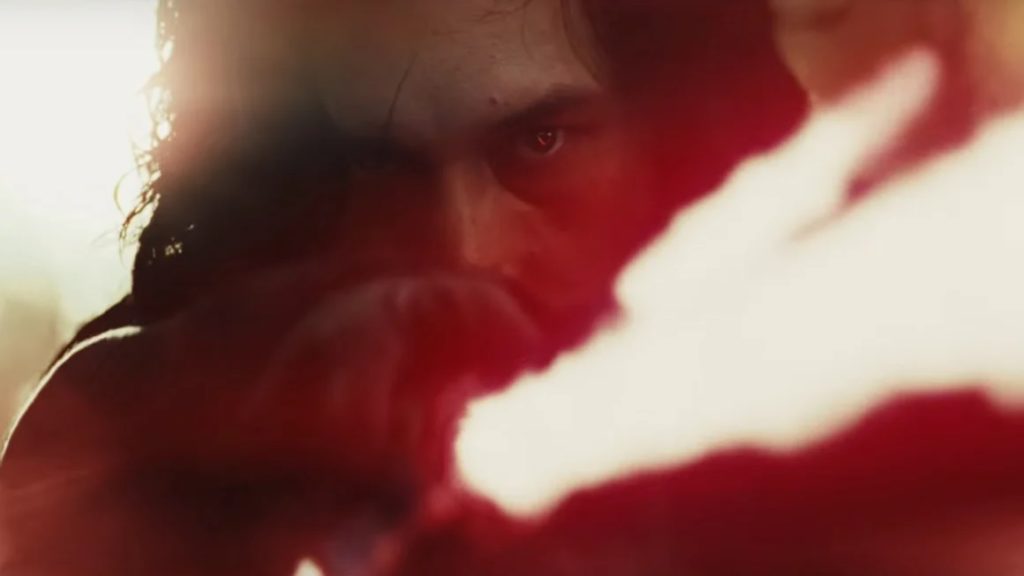 If you look to the past, you’d believe that Luke eventually sees the power in Rey, Rey ends up being a distant ancestor to Obi-wan or Luke and that Kylo Ren would turn on his master and see the light side. Everything you think is going to happen doesn’t.

Luke, for instance, is reluctant to actually destroy the Jedi. Even though he hates the order for causing a tremendous amount of grief in his life, it is the only thing he has known for 30 some odd years. Despite saying he wants the Jedi to die, he has trouble letting go and can’t give up that part of his life. It takes a surprise visit from Yoda’s spirit to change Luke’s tune.

Once Yoda comes and destroys the Jedi text against Luke’s will, he drops some great knowledge (“The greatest teacher, failure is”) and gets Luke to understand that the old ways are no longer relevant. Luke can only see the event that changed his life, but has failed to learn anything from it. Instead of letting the past go, Luke has held on and caused more troubles. 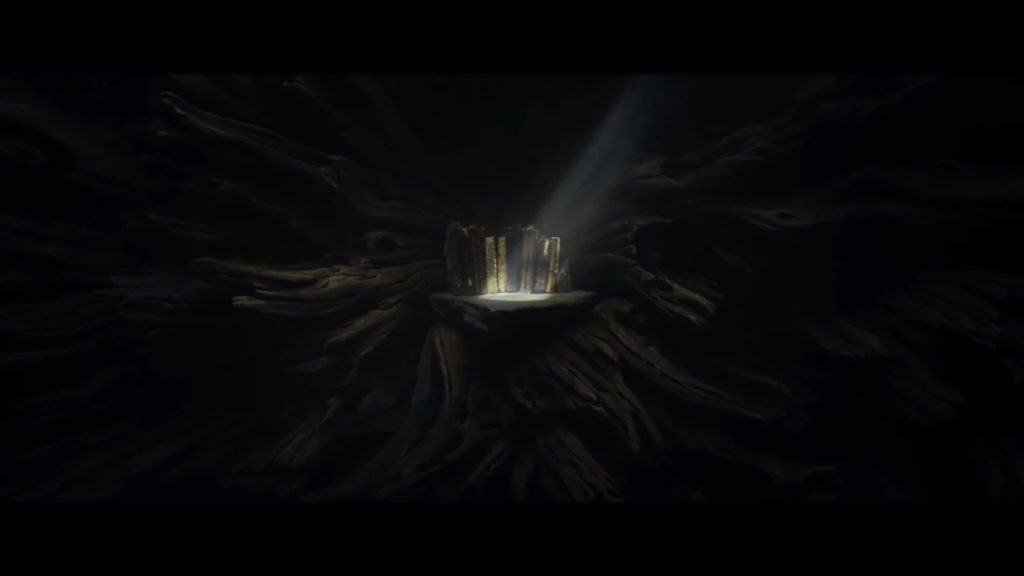 He does eventually come to Rey’s aide, though. Luke overcomes his own weakness and uses the last of his power to give the resistance a chance. He appears at the end, confronts Kylo, and distracts the First Order long enough for everyone to escape. With his past resolved and his embrace of the new complete, Luke fades away to join the Force as his master did before him.

Rey, on the other hand, has focused too much on what her past might mean. While she possess a lot of skill and has been a competent fighter, she is so fixated on who her parents are and what that could mean to really see that she is fine without the knowledge.

The truth is that Rey, unlike what you’d expect, is nobody from nowhere and that doesn’t do a thing to change her present. If Rey was able to let go before discovering this, she could have better harnessed her powers and rejected all of the hatred in her heart. Even knowing she is nothing, she still believes in the good that Kylo has and tries to change him. 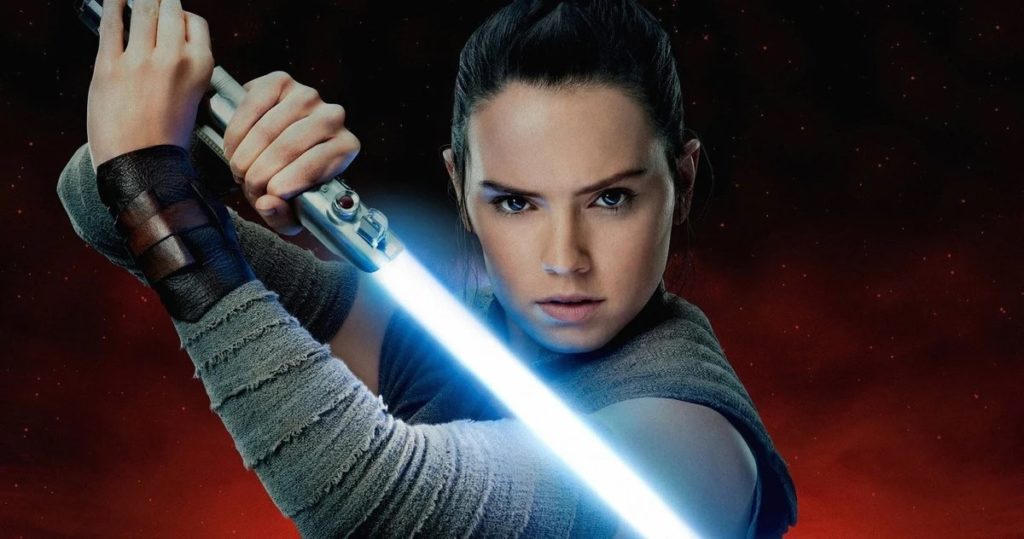 Once she tries and fails to actually get Kylo to change his mind, she knocks him unconscious and leaves to save her friends. If she can’t make Kylo see the past is holding him back, at least she can save the ones who will change the galaxy. This then leads to her finally adapting to the power within her and harnessing that strength without fear.

Kylo, while having a good ideal, ultimately learns nothing. He does turn on Snoke and ends up killing him, but the reason is because he is trying to erase his past. Instead of accepting his failures and moving on, Kylo wants them eradicated so that no one can remember them. He embodies the whole idea of “Letting the Past Die,” but with the wrong execution.

Kylo is right about starting new and allowing the next generation to flourish, but he still has all of the resentment of his past. He holds on to the moment he killed his father and how his uncle potentially wanted him dead. He can’t get over how far he has fallen and even admits he is a monster as if that will justify his choices. 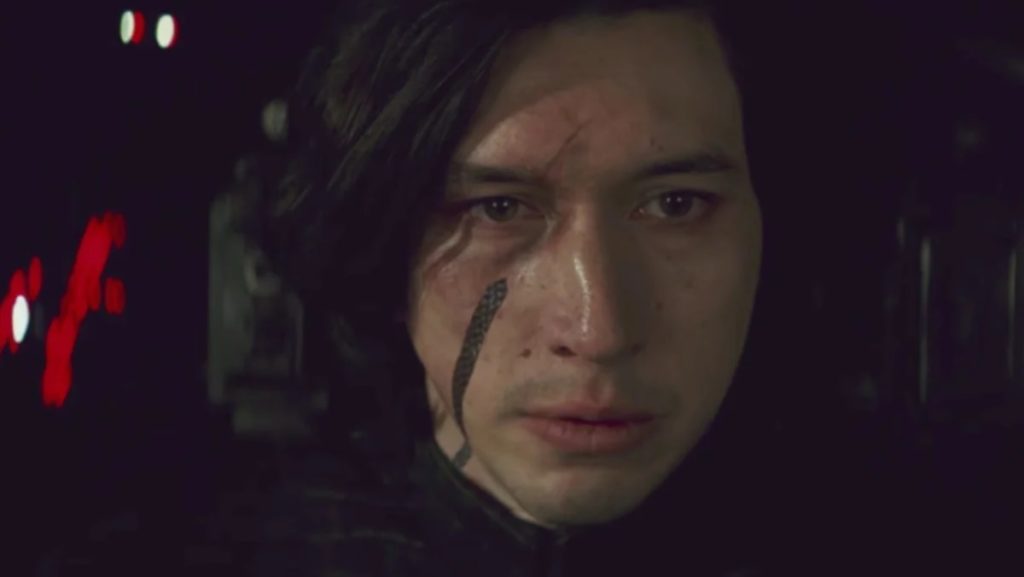 This film doesn’t just follow the main characters, but a couple of the side ones. You have Captain Poe, a sort of Han Solo like-rogue, becoming irate with Admiral Holdo because she isn’t General Organa. Poe is so used to looking at Leia’s past successes that he can’t accept someone stepping in while she is incapacitated.

That eventually comes to a head when Poe leads the charge through the resistance’s final base. They’ve discovered a way out while Luke is distracting the First Order and instead of anyone listening to his battle cry, they all look to Leia for confirmation. She simply rolls her eyes and says, “What are you looking at me for?” Even she understands that everything old isn’t automatically better.

Finn and Rose don’t really serve the overall narrative, but even their escapade echoes back to the main theme. They basically do everything the way Luke and Han did in A New Hope, but that fails spectacularly against the First Order. Finn and Rose don’t anticipate that reusing old tactics wouldn’t work against a new foe and that ultimately leads to them nearly dying. 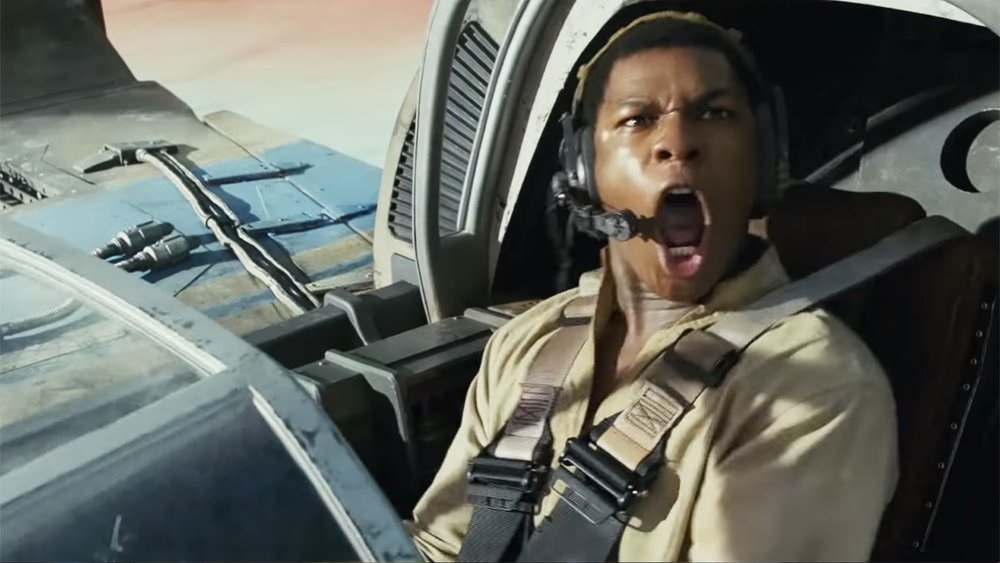 Finn even assumes that sacrificing himself, kind of like Obi-wan, would deal a crushing blow to the First Order, but Rose stops him and clues him into a different line of thinking. Don’t destroy that which you hate, but protect that which you love. While a cheesy statement, that new approach is a sentiment that hasn’t been tried up to this point.

All of these sacred images, phrases and scenarios from the past are thrown out to wipe the slate clean for Episode IX. The Last Jedi isn’t just a neat name to refer to Luke, but also a message to audiences that this will be the last Star Wars with direct parallels to older films. The main takeaway you should get is that while the old is good, we now need to make room for the new.

I’m actually convinced that this film is also a meta-critique on The Force Awakens and the general Star Wars fan base, as well. At this very moment, you can find a lot of fans crying foul about The Last Jedi because it doesn’t follow the tropes set up by the past. These are the same people that rip Force Awakens apart for being a remake of A New Hope. It is almost funny how they seemingly missed the entire point of the movie. 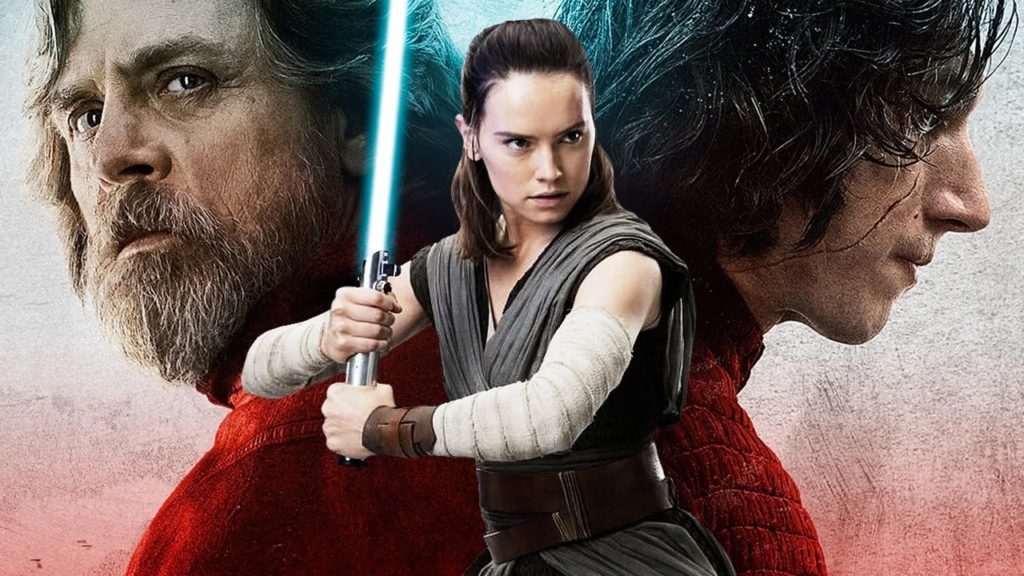 While I won’t just ignore the faults that Last Jedi has, it more than lives up to the legacy of the franchise it is a part of. That the movie does something new and fresh with established ideas is also a real treat, since that is becoming increasingly rare in this current Hollywood era of cinematic universes and franchise building.

Maybe I’m over-analyzing things and putting meaning where it doesn’t belong, but I walked out of my showing of The Last Jedi with glee as the movie practices what it preaches. Now if only Disney gets the message and stops with all these inter-quels and needless prequels.