Welcome to our coverage of the London Film Festival 2020! We’ll cover some of this year’s press and industry screenings in bite-sized dispatches, picking out highlights among smaller releases.

The idea that the London Film Festival has historically been less of an A-Lister, world-premiere event, and more of a celebration of the year’s best of British fare has been somewhat upended this October. Following a series of ill-fated cancellations and postponements from Cannes to Berlin, LFF has inherited some of the releases that wouldn’t have made it to a European audience. Such is the case with Christian Petzold’s Undine, a fabled, Shape of Water-like tale, which was nominated for the Berlinale’s Golden Bear award.

Undine is set in modern-day Berlin, but it’s loosely based on a Friedrich de la Motte Fouque novella penned in the 19th century, A siren-like creature must marry a knight to possess his soul but vows to kill him if he is unfaithful. Such is the tone of Undine, set with Paula Beer’s captivating presence and intense, piercing stares. It’s almost as if Undine Wibeau (Paula Beer) can see into other characters’ souls. 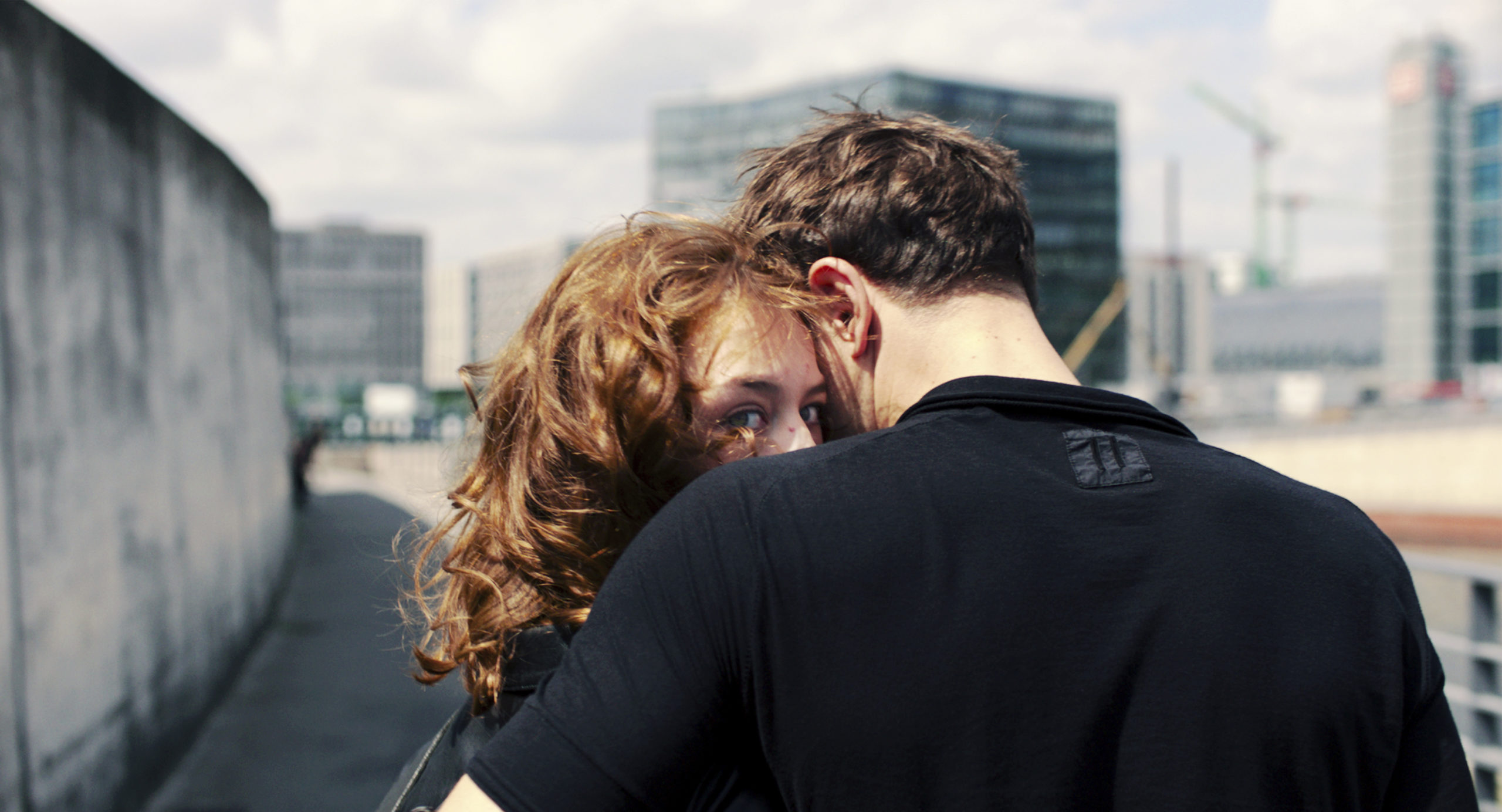 Undine is a historian working at a government establishment in Berlin, taking care of international visitors and talking about the history and architecture of the city. Her comings and goings are interspersed with two intense relationships with very different men: the aloof Johannes (Jacob Matschenz), a wealthy resident in the city; and the innocent but devoted Christoph (Franz Rogowski), a deep-sea diver who attends one of Undine’s talks and instantly has a connection with her.

The premise of Undine holds great promise, and for the most part, the film feels like it possesses a little bit of magic. There are beautifully-shot underwater scenes and a sense of space and freedom pervades the film. There is a mythical quality to the character Undine, who we’re never quite sure about. Is she a woman or something more ethereal? Characters experience visions that may or may not exist – something which is largely for the viewer to decide.

Although the film is produced by the esteemed director of Phoenix and Barbara, I was a little surprised by Undine’s low production values. It lacks a unity that would have been welcome between certain scenes, and the jump from one emotive moment to the next can feel laughable at worst, and at best gives the impression of a hurried script. There are a few loose ends to tie up and I would have welcomed a less melodramatic finale, but performances are full of conviction, and Beer is memorable in the leading role.

Not to be confused with the 2018 film Siberia with Keanu Reeves, Abel Ferrara’s latest project wants you to know that he is a capital-A Auteur. But despite its ambitious, genre-bending approach, Siberia left me cold – I can’t see this getting much of an audience outside the arthouse circuit.

Siberia tries to be didactic and reflective but falls flat and feels disjointed. It tries to emulate something like Koyaanisqatsi but with elements of Star Trek, Ad Astra, and the entire canon of Stanley Kubrick. The experimental descended into the absurd. Introspective elements soon became universal but it is fatiguing trying to register all the iconography.

Ostensibly, Siberia is the story of a man named Clint (Willem Dafoe) who lives in the remote Siberia. He seems to be an American ex-pat who has forged a life there and is now accepted among the locals. Lacking the high-octane chase sequences and mystery of a Keanu Reeves flick, its pacing is inconsistent.

It’s not that audiences don’t have an appetite for introspective films. If we’ve learned anything from the immediate success of Charlie Kaufman’s I’m Thinking of Ending Things, it’s that there are a few of us strange enough to actually enjoy long, rambling films that explore the nature of humanity. The issue with Siberia is that it just feels too disconnected. Whereas Kaufman’s film gave us a couple, a throughline, something to hold onto – Siberia just has Dafoe drift from scene to scene without any unity.

Passages of dialogue are so cliched they become laughable. Depictions of sex were immediately followed up with someone being mauled by a bear. The cognitive dissonance is so overwhelming that it causes complete chaos. I can see that the film tried to use a montage to elicit an emotional response, but for me, it just doesn’t work.

I have to credit the film’s experimental approach, but Siberia lacks any real meaning. While the film’s summary boldly declares that it “explored the language of dreams,” I struggled to believe this was really about dreams and more about one man’s waking hallucinations.

In my view, anything that tries to imitate Sergei Eisenstein unironically will not do well. I’d be inclined to suggest that Ferrara stick to documentaries and shorts, or even have just quit while he was ahead with King of New York. I can’t imagine what would impel him to create this feature which, at 92 minutes, is an ordeal. The same material might well have been condensed into a more impactful, and more palatable, short film.

Shoplifters director Hirokazu Koreeda puts together a charming scenario in the pilot of a TV series, A Day Off of Kasumi Arimura/ Arimura Kasumi No Satsukyu. This sweet little palate-cleanser was a welcome wrap to a long day of LFF press and industry screenings. The light story and bright composition easily posited the film in the realm of a Japanese serial and it made for an enjoyable episode about a fictionalized Kasumi Arimura.

A Day Off (note the playfully, loosely-translated title) is a bite-sized drama. Kasumi Arimura plays a fictional version of herself: a small-town actress who’s found fame in a TV series. She returns home to her mother on her day off, flaunting her success but also visibly fatigued and in need of a bit of TLC after a stint in the big city. At home, she receives the comforts she’s been desperately missing. There are fond images of domestic cooking and mother-daughter bonding which, although perhaps the most transparent (I’m sure many would find themselves bickering the minute they stepped in the door after being away), carry a nice sentiment. 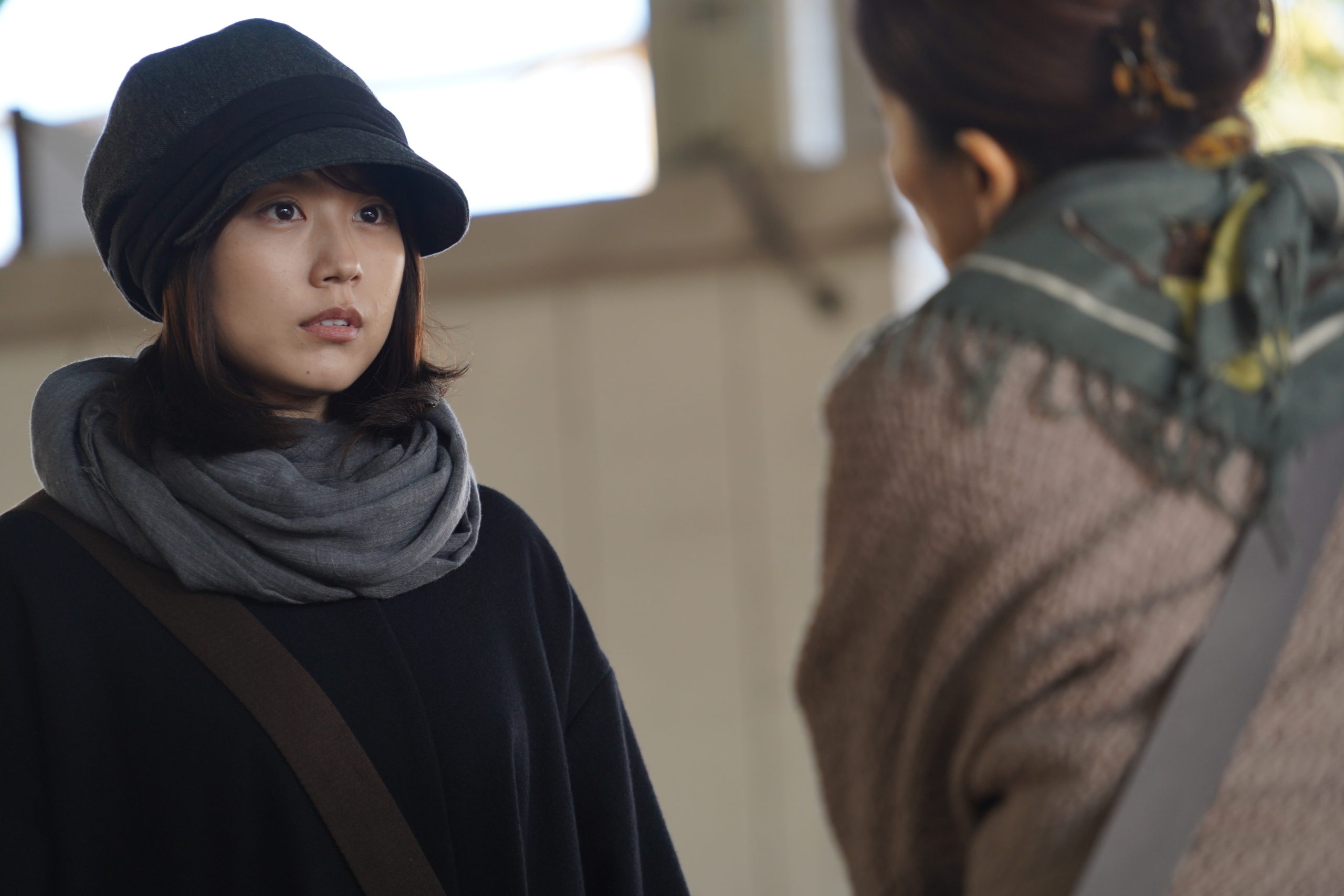 (C) A Day-off of Kasumi Arimura

Kasumi believes she has different ideas of success now she’s found (mild) fame – she’s flattered by the attention of the local shopkeeper but doesn’t condescend to engage in a real conversation as it’s her day off. “You could have been more friendly,” her mother admonishes. “An actress always smiles.”

Returning home with a different perspective, she also learns more about herself and her family than she could have ever dreamed of. At heart, she’s still just a girl, and it takes a reality-hit for her to shake off her self-absorbed attitude. This, in turn, makes her think about her family for once and the ways in which they’ve faced their own challenges in life.

Without giving away too much, I will say that Kasumi is forced to rethink all her preconceptions of home and family during her visit. At the same time, she learns that the man she has been seeing isn’t quite what he seems. It’s a revelatory day off in every sense of the word.

The pilot is particularly special because Koreeda’s TV work is rarely exhibited outside his home country. His intimate look at a family dynamic is therefore something quite personal and extraordinary. A disclaimer at the end indicates matter-of-factly: ‘This drama is fictional. It has nothing to do whatsoever with Ms. Kasumi Arimura’s real-life events.’ A shame, because it made such a good tale.

A Day Off of Kasumi Arimura/ Arimura Kasumi No Satsukyu is an entertaining story and, if the rest of the episodic shorts become available, it’s something I could happily pass the time watching of an evening. This is the perfect story to help you laugh, unwind, and decompress.