I’m thinking back on my viewing of Kajillionaire this morning and the only comprehensible explanation I can give is that Miranda July thought it up in a sort of fugue state and decided to roll with her feelings. I don’t know how someone comes up with a scenario so twisted, unusual, hilarious yet sad. But that’s the director’s hallmark.

A bizarre opener to London Film Festival 2020, I wouldn’t have expected anything less of July. Her first film in nine years since The Future (read our interview with her around its release), it’s uniquely July and it couldn’t have worn any other director’s brand so boldly. I’m a bit taken aback, but not completely in a good or bad way. Watching this film feels like you’ve hit a nerve but you don’t know where and you can’t get rid of the strange tingling sensation.

I wouldn’t be so blithe as to rank it as a comedy, though this year’s online screener selection has done — it’s more of a trippy tale, the kind that feels like an existential spiral. There is a family of con artists who live on the fringes of society, going by their own rules. Mother and father, Theresa (Debra Winger) and Robert (Richard Jenkins) have a daughter they treat not as a child, but as a peer, and always have done.

Her name is Old Dolio (Evan Rachel Wood), and she’s named after a homeless man whom the parents met, the assumption being that if he came into an inheritance and realised that a child was named after him, he would donate them all his money. (This did not happen — he died — and the name stuck.)

That’s about all you need to know to gauge the tone of the film. The opening sees them complete odd jobs, from robbing postal service buildings to evading their landlord on a near-derelict abandoned office block they rent. It should be condemned; it’s next to a huge factory owned by Bubbles, Inc, and every day at 4pm, a swathe of pink bubbles overflow into their living room and the family scoop them out with bins. (What? Exactly.) 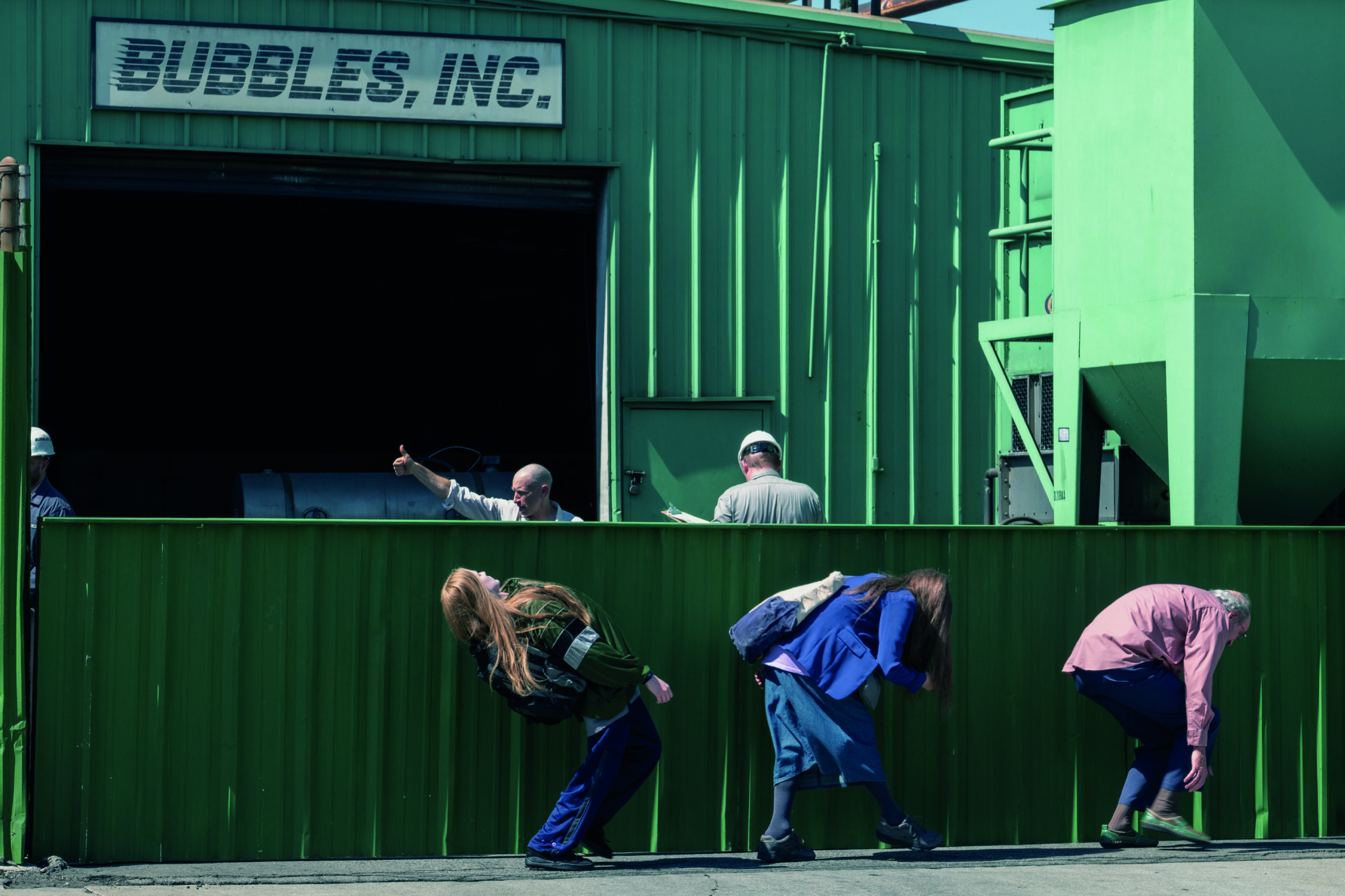 Kajillionaire is deeply psychoanalytical: in many ways, it acts like a meta therapy session. Someone who knows the family by reputation offers them money to attend a prenatal class in her place to get some paperwork. Old Dolio attends, and this is the start of all her problems. A particularly intimate scene explores the bond between a mother and baby, and suddenly Old Dolio realises that she has almost no bond with her mother, at least not in the spiritual sense implied by the class of hopeful parents.

She spends the rest of the film searching for this mysterious bond that she feels is lacking. If we were back in critical theory class, I might suggest that July has been studying up on her Kristeva, exploring the mother-daughter relationship in painstaking detail.

Unfortunately for Old Dolio, her plan for a family getaway to New York immediately spirals into chaos when the family meet a young woman, Melanie (Gina Rodriguez), and her parents begin to treat her like the daughter they never had. All Old Dolio’s preconceptions of their family unit disintegrate and she becomes a lost soul in every sense of the word. 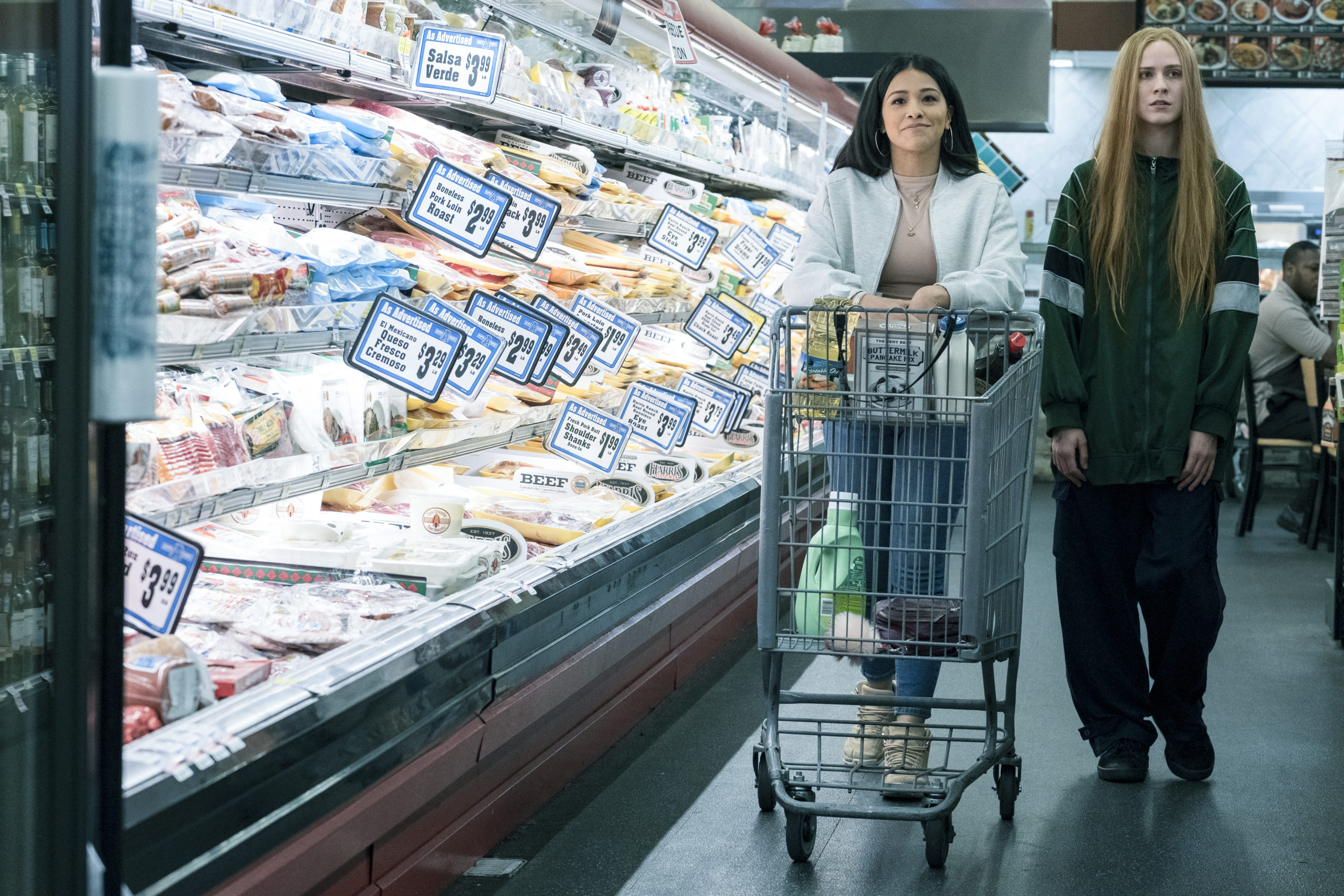 There’s a lot of talk about ‘tender feelings’ in the film, coupled with accusations that characters either lack the depth or empathy to communicate with each other, but deep down every character, even the painfully awkward Old Dolio, hide their true feelings and motivations.

There’s also an unusual sense of the private world reflected in the public: take the frequent earthquakes that happen across LA. They seem to resound with the characters’ feelings, like pathetic fallacy, erupting every time things become too emotionally unstable or intense. Whether or not there is a link I don’t know, but it feels like we’re in territory where anything could happen.

I can’t say too much more about the plot, but even if I did I highly doubt anyone would be able to guess where the plot is headed. I certainly didn’t. Critics have sung the praises of July this year, including a much-lauded profile in Vulture,  but it really does depend on your personal capacity to appreciate her style. It’s not to everyone’s taste.

I wanted to love Kajillionaire, but I didn’t, not 100%. I felt confused. I felt a bit lost. Perhaps that’s what a good, searching film is supposed to do, but I just didn’t expect to be so uprooted at 11:30 am on a Wednesday morning. There’s talk of money, but there’s also a subtext of looking for the things and people that really matter in life (read: an indictment of capitalism and materialism.) It takes twists and turns that I sometimes couldn’t fathom. If there’s one thing, though, the film is ambitious: it reaches for hallucinatory heights and it gets there.  In fact, Kajillionaire almost transcends comparison to anything else. 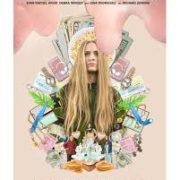 Yes, this could have been better, but it is still worth your time.
6.9

A bizarre opener to London Film Festival 2020, I wouldn’t have expected anything less of Miranda July than Kajillionaire.