0
Why are you putting so much emphasis on the H?

Well, Woody Allen’s Wonder Wheel is just a few months away from release. The film will premiere on the final night of the 55th New York Film Festival on October 14, 2017, but in the meantime, Amazon Studios has finally released a theatrical poster for us to gawk at.

A new Woody Allen movie is always an exciting event, and if Wonder Wheel is anything like it’s gorgeous and ominous poster, this should be no different.

Wonder Wheel stars Kate Winslet, Juno Temple, Jim Belushi and Justin Timberlake. Not much is known about the plot (there isn’t even a trailer yet) besides the setting: Coney Island in the 1950’s. After it’s debut at NYFF on October 14, the film will release exclusively for Amazon Video. 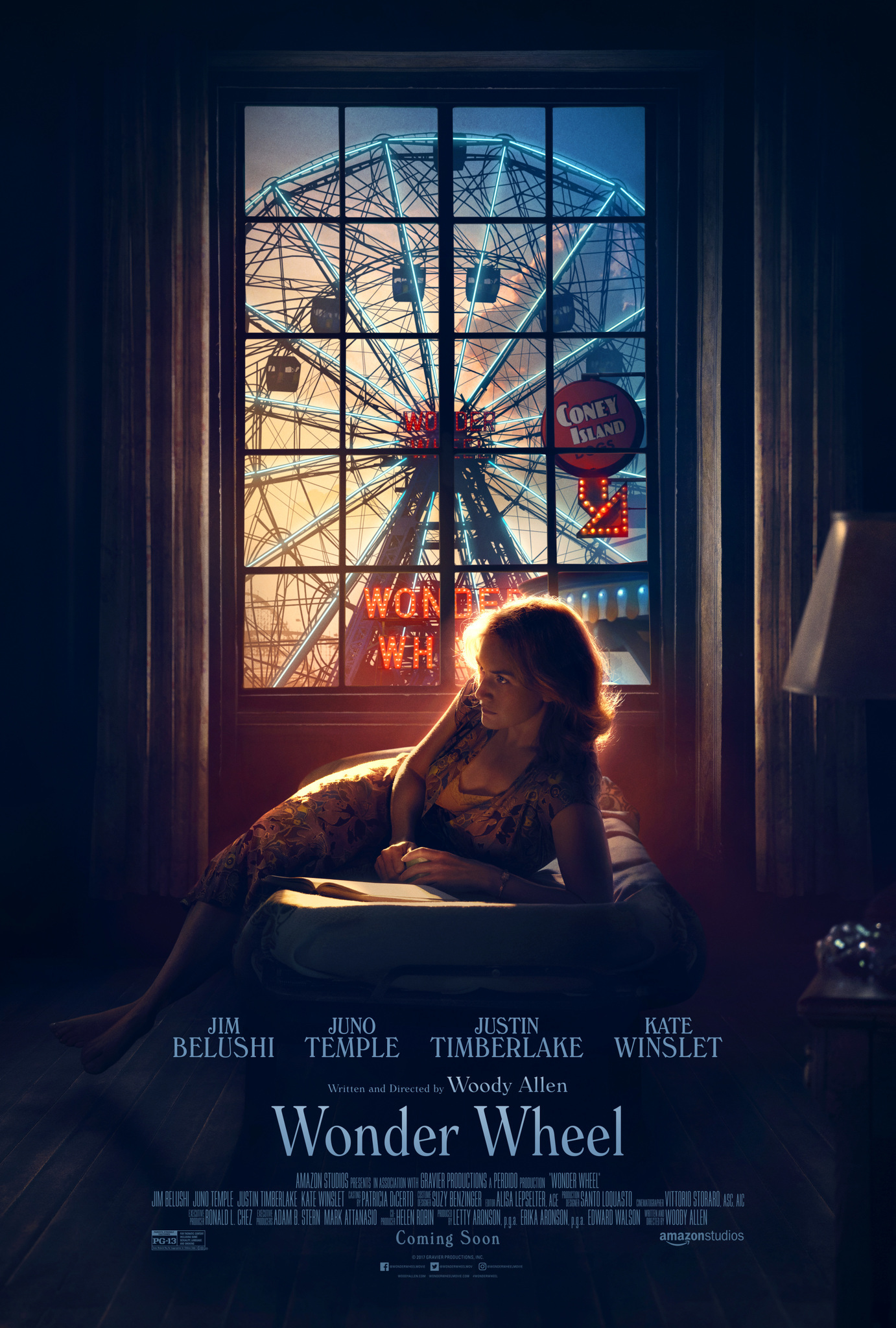