Lovers Rock opened the 2020 New York Film Festival (NYFF), but it’s actually the second installment of Steve McQueen’s Small Axe anthology. Mangrove is the first. The five Small Axe films that chronicle London’s West Indian community from the 1960s through the 1980s can be watched individually as standalone works, so technically it doesn’t matter what order you view these movies.

Yet while watching Mangrove, I sensed the political, emotional, and thematic origins for McQueen’s whole undertaking. The spark is present in the opening shots of late 60s Notting Hill. Children frolic on makeshift playgrounds and leap onto dirty mattresses. Work-in-progress infrastructure looms over the landscape, with political graffiti and slurs dotting the background. Perhaps all films in Small Axe must be considered through this starting point and the story of the Mangrove Nine, a group of black activists who were arrested and put on trial for protesting police brutality and racial discrimination.

Mangrove is different from Lovers Rock, and feels a little more in line with the tone of 12 Years a Slave and Widows. But like Lovers Rock, there’s a rawness about Mangrove that’s intertwined with McQueen’s usual steely reserve. It feels like he’s hit a new emotional register as a filmmaker that’s more soulful and urgent. That’s thanks to the kinds of stories Small Axe tells, but also how cinematographer Shabier Kirchner positions and moves the camera. McQueen’s previous films were lensed by veteran cinematographer Sean Bobbitt, and while I love and admire those movies, I hope Small Axe marks the beginning of a long collaboration with Kirchner. Together, they make the tableaux of Small Axe feel inhabited rather than observed, even when Mangrove becomes a courtroom drama in its second half.

The story centers on the Mangrove, a Caribbean restaurant and community hub that’s continually raided by the local constabulary. To push back, members of the West Indian community march en masse, chanting in solidarity against the cops. Barbara Beese (Rochenda Sandall), one of the activists later put on trial, holds a raw pig head in one hand and a placard in the other. Scenes of the protest against the police feel all too contemporary, even in the way that the constables escalate conflict during a peaceful demonstration.

While nine activists were on trial for rioting, most of the focus is placed on a few figures: Frank Crichlow (Shaun Parkes) who owns the Mangrove, Altheia Jones-LeCointe (Letitia Wright) who is part of the British Black Panther movement, and Darcus Howe (Malachi Kirby), a journalist related to Trinidadian intellectual C. L. R. James. Wright is the most recognizable face to most viewers since she played Shuri in Black Panther. Her casting as a Black Panther organizer seems like an ironic wink, but she was in talks for the role well before playing T’Challa’s happy-go-lucky geek sister; McQueen began developing Small Axe 11 years ago.

Frank is the conflicted the heart of the film. He’s portrayed as a respected community member but a reluctant activist. From 1968 to 1970, there were multiple unjust raids on the Mangrove. We watch the cops rush in battering people during dinner, gleefully abusing their power. Plates shattered, tables smashed, the Mangrove stays open as an act of defiance. Frank joins the demonstration when formal complaints fail to affect change, yet he seems skeptical about Altheia and Darcus’ rhetoric on organizing and black empowerment. Parkes’ performance is layered throughout. For most of Mangrove‘s runtime, Frank broods at the indignities he’s forced to endure. When not seething, Frank seems overwhelmed, bordering on defeated. Maybe he senses that no matter the outcome of this trial, this won’t be the end of the racist harassment. 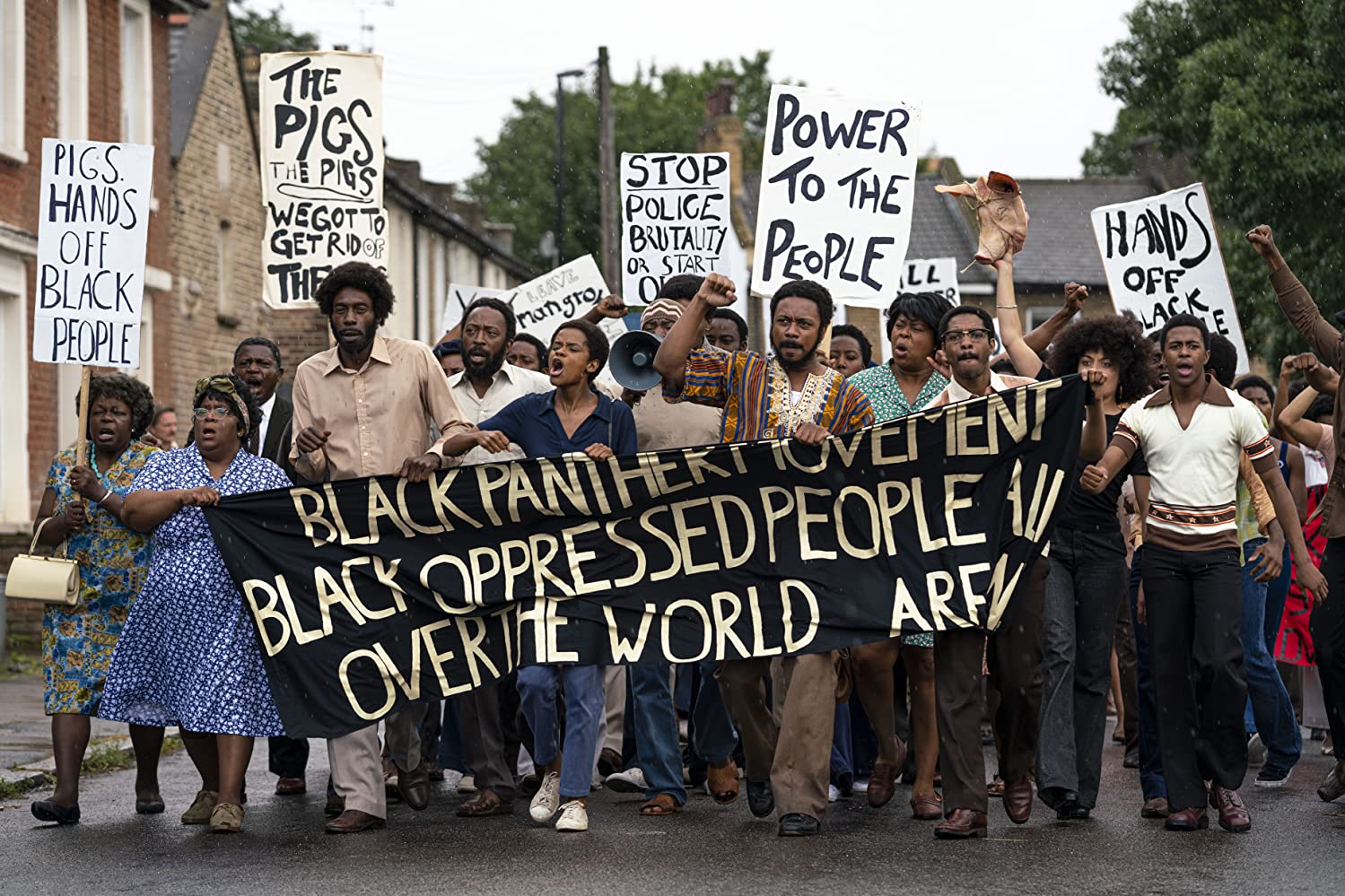 At one point, Frank dismisses Darcus as he quotes C. L. R. James. It’s an acutely rendered scene where the rhetoric of empowerment goes unheard by someone repeatedly oppressed by the system. Language has limits when action feels futile. Frank just wants to run the Mangrove and lead a normal life, even knowing that the quiet life he wants is not possible because he is black. So many people simply want to exist but are not allowed the dignity of mere existence.

A lot of the drama in Mangrove explores the challenges of building and maintaining solidarity. While discussing legal representation for their trial, Darcus and Altheia decide to represent themselves, which causes tension with the other defendants. Is it bold legal strategy to deliberate race in the high court and troll the judge’s sense of propriety? Would it better if it was just everyone for themselves? At what point does the need for community and solidarity get undone by the imperative of self-preservation, even in a racist system? At one point, the Mangrove Nine deliberates among themselves what they’re really fighting for.

Mangrove occasionally suffers from the misstep found in many works based on true stories. There are points when characters reflect on their place in history and the political significance of the moment they’re in. This kind of self-reflection does happen in real life, but moments like these in narrative works usually don’t feel like extemporaneous observations about history unfolding. Instead, these moments of reflection tend to be incisive and declarative, like a thesis statement. I can sense McQueen, co-writer Alastair Siddons, and the actors in the present acknowledging the legacies of the Mangrove Nine decades after the historical moment has past. That’s a different feeling than the real Mangrove Nine in the moment thinking about what the unwritten future holds. 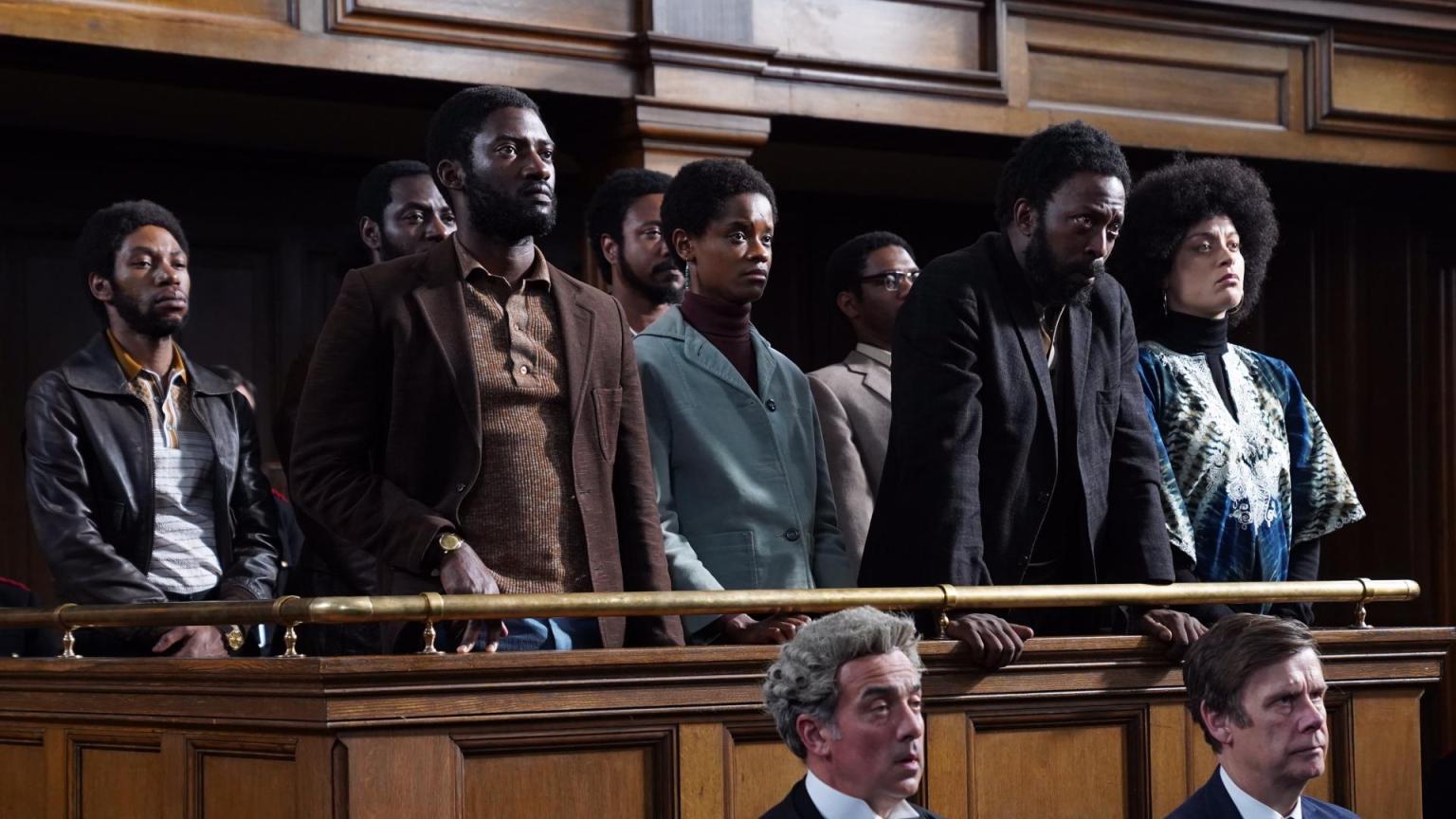 Considering Mangrove as the starting point in the Small Axe cycle, I don’t fault it too much for making its political and artistic intentions clear, especially when the emotions are so emphatic and, tragically, current. These minor flaws still highlight the focus of Small Axe as a whole: black solidarity, black ingenuity, and black perseverance. Each film in Small Axe then becomes a chance to reconsider the struggles in Mangrove and what those real life events and people made possible. Stepping forward to celebrate the importance of the Mangrove Nine is the point, after all. I’ll likely appreciate Mangrove more at the conclusion of Small Axe once I see the whole arc of these stories, and all the lives and aspirations made possible. The Lovers Rock house party already feels different considering it’s meant to come next.

There are moments of intense release and even celebration in Mangrove. There’s the music and dancing in the streets. There’s triumph in the way Darcus and Altheia defend themselves, outmaneuvering the stodgy barristers and their stupid white wigs; or in Barbara’s unwavering no-effs attitude whether in court or outside of it. What brief and welcome catches of bliss. Yet such reprieves could be interrupted at any time. Frank knows it, and often takes a moment to peer down the street or out the window to look for cops. There’s a glum way to read Frank’s eyes scanning for trouble, but I’m at least heartened by the idea that he’s looking out for himself and others. Prolonging joy is a community effort.

I watched Mangrove in the aftermath of the Breonna Taylor grand jury decision, which affected a lot of my feelings about the film. I cried angrily while watching the police harass and attack black people for sport, and painfully when characters screamed that the system is rigged. There’s even a bastard rookie cop whose weasley impotence in the face of bigotry shows the worst kind of complicity. It’s so easy to feel defeated and lost. I require periodic reminders of groups wielding power and the right side of history, as much as I hate that platitude. Sometimes it’s just helpful to know that there were and still are good people. 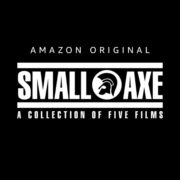 Anyone and everyone should love this film. Expect to see it on year-end lists.
8.6

Steve McQueen's Mangrove is the political and emotional spark for the Small Axe anthology. Driven by remarkable performances, its exploration of systemic racism in law enforcement is powerful and timely.