0
The frontier myth in precarious decline

Chloe Zhao’s The Rider played at the 2017 New York Film Festival (NYFF) and was released the following year. I never got a chance to write a full review, but it wound up in my top 50 movies of 2018. Using non-actors and a documentary style, Zhao explored the life of a young rodeo star and the fading glory of the American cowboy. The Rider lingered in my memory, so much so that I went from just liking it well enough to low-key loving it.

I suspect I’ll feel the same about Nomadland, Zhao’s latest work screening as the centerpiece of NYFF58. Inspired by the non-fiction book Nomadland: Surviving America in the Twenty-First Century by Jessica Bruder, Zhao once again dismantles the iconography of the western by sympathetically exploring poverty and the working class. Rather than modern cowboys, Zhao’s focus here is on pioneers of the gig economy.

In Nomadland, chasing seasonal employment around the American west makes it impossible to settle down or to build a lasting community. There’s a network of van dwellers, but they meet up only periodically. While not overtly political, there’s a worry of potential displacement under late capitalism. Nomadland is a balancing act, at once admiring the perseverance of the unhoused characters, but quietly skeptical of the American meritocracy.

We’re told at the outset about Empire, Nevada, a town that folded after the local gypsum mine shuttered. This is where Fern (Frances McDormand) once had a home and a husband. Now she lives in a van taking jobs where she can get them. We first see her working at a vast Amazon fulfillment center, and later at a campsite, and later still shoveling beets. Fern goes where the weather’s more hospitable and where the jobs are, encountering other van dwellers and travelers along the way. Nomadland is untethered to a plot, instead following the drift of Fern’s emotions and relationships as she travels from one place to another.

Like The Rider, Zhao’s cast is comprised mostly of non-professional actors. Many of them use their real names. When they speak, Nomadland feels more like a pseudo-documentary. These are real people, and rather than delivering dialogue, it feels like they’re sharing their stories. Their words flow freely without performative affect or deliberation. The camera is positioned to engage the audience in the act of listening, and of watching, and of caring.

In a different form, Nomadland could have easily followed Linda May or Swankie, two elderly women Fern meets in her trek through the country. They have so much personality and memorable faces. The same goes for the other people we encounter among the van dwellers in the desert. Most of the community is middle aged and older, but we also see a small throng of young vagabonds decked out like western bohemians. I wondered if these people chose the lifestyle or if they were forced into it, and if they’re okay. It says something when the mere presence of a person on screen leaves an impression, and that it’s enough make you wonder about their well being when the movie is over. 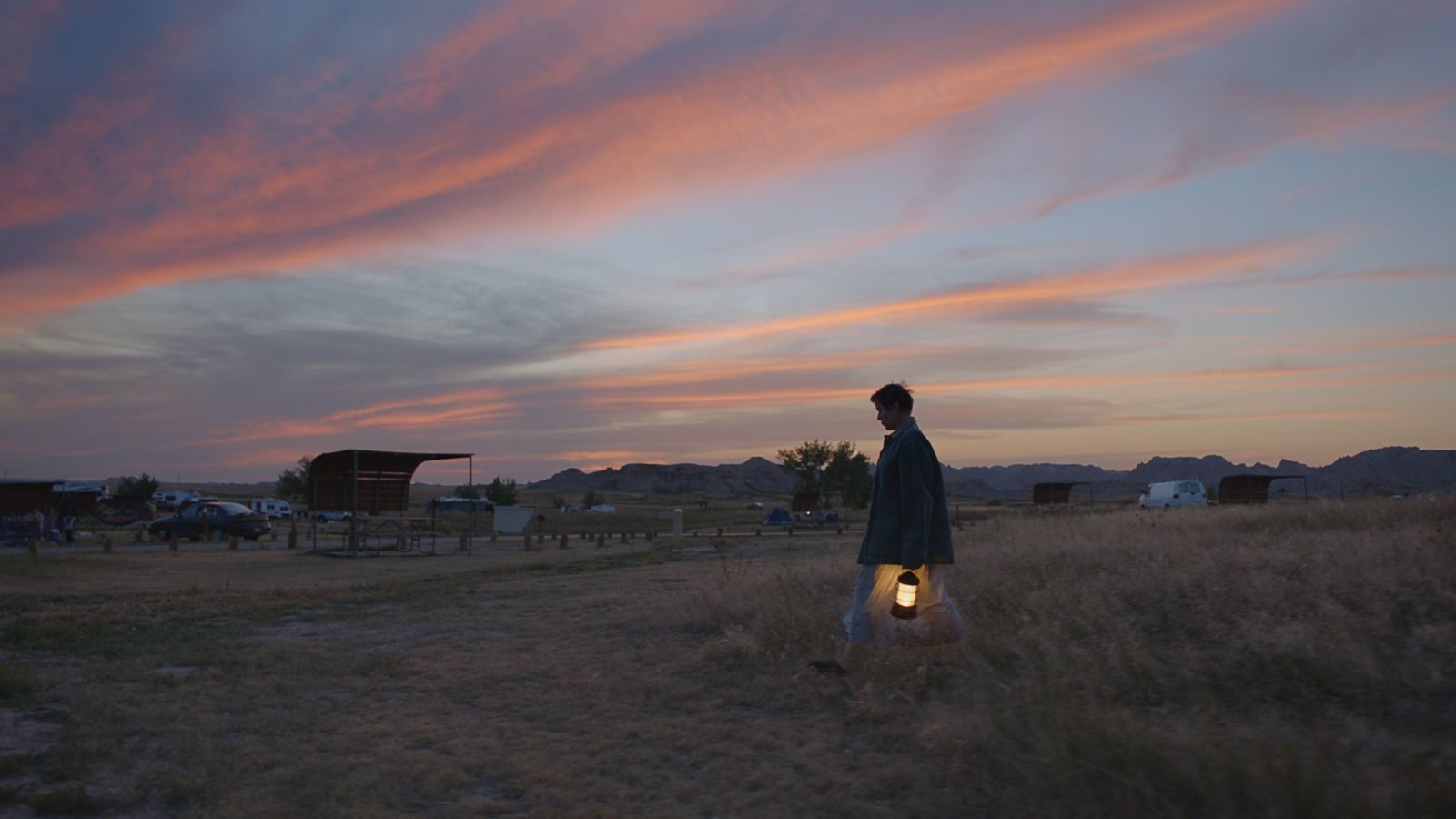 For me, McDormand never quite disappeared into her character amid the other non-actors. The same goes for David Strathairn (Good Night, and Good Luck), who plays a traveler who takes a liking to Fern. A lot of this has to do with both McDormand and Strathairn being such well-known stars who’ve worked for decades. It’s also difficult for masters in their craft to unlearn their craft, so it’s no surprise that two incredible actors are unable to act like non-actors. All the preparation in the world can’t simulate a total lack of self-awareness. When Fern and David reach moments of naturalism, it feels like sprinklings of improvisation.

Even though McDormand and Strathairn stick out from the rest of the cast, they have to. Their characters do a lot of Nomadland‘s emotional, narrative, and thematic heavy-lifting, which can only be accomplished by skilled performers. Many of the moments with the non-professional actors are so good because Fern is there to listen and to play off of. There is genuine concern for her fellow travelers, and I often found myself reading her reactions with increased attention. McDormand can’t make Fern feel like a real non-actor, but she still makes Fern an interesting enigma.

There seem to be many deep hurts in Fern’s life. While the non-professional actors are generally open with their pasts and their plans, Fern is slow to open up. Dave makes bumbling adolescent gestures at romance that Fern rebuffs, yet she’s never quite able to express the complicated, conflicted emotions she has about him. She’s also unwilling to disclose what’s really at the heart of her wanderlust. She is elusive, bordering on a composite person and single character, literary device and audience insert, metaphor and tour guide. As soon as Fern inhabits one role, she departs to inhabit another; as soon as something seems stable, she has a desire to leave.

Zhao and cinematographer Joshua James Richards present images of melancholy beauty throughout Nomadland. The shots of the desert and coastlines are packed with elemental splendor, and they even find clever ways to lens roadside attractions to punctuate scenes and transitions. The Amazon center is a brutalist mechanized blight compared to the wonders of the natural world, but a job’s a job, I guess. When Zhao gives a nod to John Ford’s The Searchers, we’re made to consider the American landscape where these dramas unfold. What we see isn’t some idealized mythic frontier. In 2020, with wildfires, massive job losses, the pandemic, the lockdown, a looming climate catastrophe, and absolutely no end in sight, the vast barren sweep of the land looks grim at best.

This isn’t just a deconstruction of the iconography of the American west but American idealism. What good is self-reliance when you have a flat tire and need a ride from someone to buy a spare? How will rugged individualism save you if you can die out in the middle of nowhere without friends and family? The nomads feel deep connections to one another, but they are fundamentally on the road alone. There’s a major difference between a group of individuals scraping by and a genuine community in a place showing solidarity. We need to look out for one another, which may be why I come away from Nomadland with a profound sadness. Fern can’t go home again, but it seems like she also cannot make a home anywhere anymore.

I admired Nomadland more just an hour after finishing it. Writing now, with additional time to process Zhao’s film and its complex emotions, it’s more haunting. My feelings and thoughts, like the lives on screen, are unresolved. It made me think of driving away from a city you loved. From a distance, the beauty of that place seems more apparent. With time, the memories deepen, and so too the ache to return. Yet it’s easier to revisit memories than the actual places we left. Fern looks at photographs, listens to oldies, and can’t remove her wedding ring. She holds on to the past while knowing that the landscapes we currently inhabit are continually changing and vanishing. 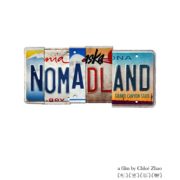 Anyone and everyone should love this film. Expect to see it on year-end lists.
8.5

Like The Rider, Chloe Zhao's Nomadland dismantles the myths and iconography of the American West. Propelled by a layered Frances McDormand performance, the film feels more striking given the current state of the world.