0
Pull no punches
[Welcome to Peter’s Kung Fu Corner: a monthly column dedicated to retrospectives on the martial arts films I grew up watching. We’ll be covering all kinds of Hong Kong action films from Bruce Lee all the way to Joseph Kuo. Get ready to be introduced some weird, wacky, and utterly badass films.]

It’s always said that the best things in life age like a fine wine, equating a product getting better over time like the alcoholic beverage supposedly does. Wine tasting may be a bit of a made-up science, but there’s absolutely nothing made up about how good Sammo Hung’s 1981 classic The Prodigal Son is. For years, this has been my favorite Kung Fu film, but this last viewing revealed quite a bit to me.

The reason I started this monthly column was to not only share my love of this B-movie genre with readers but to re-evaluate if the films I loved so much as a teen still held up. For as seriously as I took my hobby and as feverishly as I’ll defend it, sometimes that film I once thought was “THE GREATEST THING EVER” is just…bad. Thankfully, The Prodigal Son isn’t as such.

First, a quick overview of the plot is in order. The Prodigal Son follows the story of Leung Chang, a wealthy young man living in Foshan, China during the mid-19th century. Touted as an expert of Kung Fu, Chang doesn’t realize that his father has been paying citizens to fall in battle to “protect” his son from harm. Chang is the embodiment of the film’s title, which is pulled from the Bible story of the same name.

One day, some of Chang’s friends get into a scuffle with a touring opera troupe and are humiliated. Hoping to restore their honor, they send Chang to defeat the leader of this troupe, a man named Leung Yee-tai. Yee-tai promptly whoops Chang’s ass and Chang soon learns the dark secret his father had kept from him. After failing numerous times to become Yee-tai’s student, Chang urges his father to buy the troupe and he starts following Yee-tai around as his sidekick.

It’s not an exact copy of the biblical story, but you can see some resemblance. The ending even has Chang returning home to avenge his teacher, learning a valuable lesson in humility and strength. Still, that’s getting ahead of the current discussion. Apart from the plot being more involved than the typical Kung Fu fare, there’s also how groundbreaking The Prodigal Son was in terms of cinematography and filmmaking. 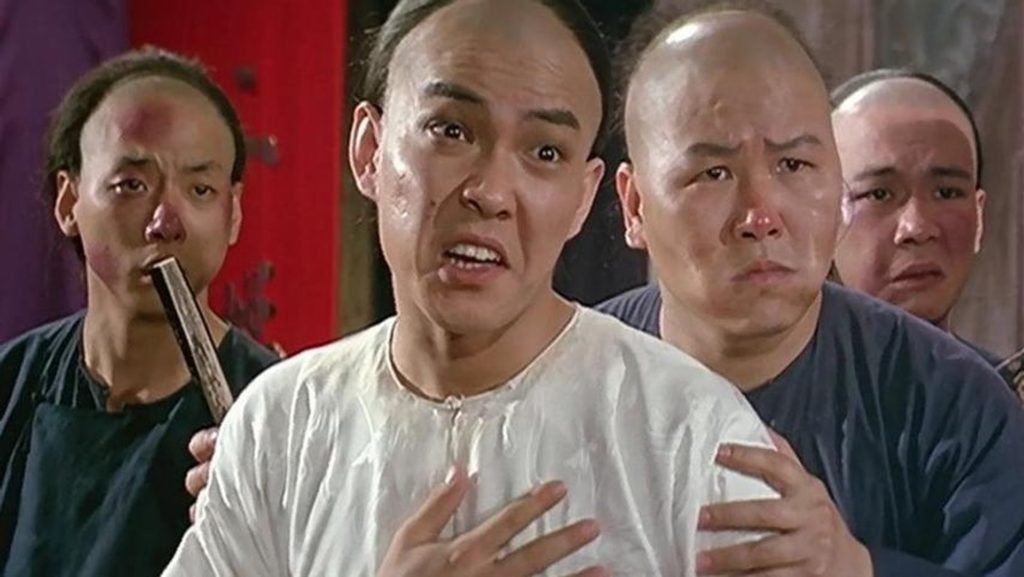 The first thing I’d like to mention is my new revelation about the overall style of this film. For years, I thought The Prodigal Son was a grand display of Chinese humor. The tone shifts on a moment’s notice from being laugh out loud funny to ridiculously violent. The best example is during the middle of the film. The opera troupe is invaded by a gang of masked ninjas and silently killed in a gruesome fashion. Right before this all occurs, Chang is off getting roast pork for Yee-tai and the troupe is joking around about weird dreams and such. Then you have this insane fight scene, a bunch of dead people, and the burning opera tents in an incredible wide-angle shot.

What I realized after all these years is that The Prodigal Son is likely the first Kung Fu parody film ever made. All of the ingredients are here. You have a deconstruction of the typical action hero with Chang. You have a role reversal of the damsel in distress with Yee-tai, who is introduced to viewers as playing the female lead in his opera troupe before revealing he’s a badass martial artist. You have a distorted take on the classic Wong Fei Hung theme, a Chinese folk legend that has been the subject of numerous films. You even have an entire sequence where Chang’s mentor, played wonderfully by director Sammo Hung, is teaching him the motions for taking a dump. It’s insane stuff.

I think being exposed to this film first is what put me off of something like Kung Pow! Enter the Fist. That film isn’t a loving tribute to Kung Fu films, but more a satirization of how awful dub jobs can be. It’s also not very good, but that’s aside the point. The Prodigal Son doesn’t ridicule martial arts: in fact, it showcases a lot of the same excellent philosophy that Hung imbued his previous films with (namely Warriors Two and The Magnificent Butcher).

What this film does do, though, is point out how absurd a lot of the tropes of Kung Fu films had become at that point. While Bruce Lee and Jackie Chan had carved out their own niches and styles, most studios in Hong Kong were trying to replicate the success those stars had instead of creating new identities. Chan, actually, started life in a film titled New Fist of Fury that was a direct remake of Lee’s earlier work. It was just a sign of the times since not every film could be a Shaw Brothers production.

Sammo Hung dabbled a little in those very same films, but quickly formulated his own style that he’d run with. The ultimate culmination of that style is The Prodigal Son, which not only subverts audience expectations, but kind of redefines how fight scenes were filmed. Gone were the binary fights where one actor stood on one side of the screen and gone was the overly choreographed style that had typified Shaw Brothers. This is a super raw, almost realistic take on Kung Fu that still looks absolutely stunning in motion.

The different angles and framing of shots calls to a higher production quality than Hong Kong cinema had yet to adapt en masse. Hung always had an eye for a fight scene, but this was beyond what he previously attempted. The stunts are more ludicrous, the stakes are better felt between fighters and a ton of references to different famous films are sewn within the fabric of this film. You just tell me the random fight between antagonist Ngai Fei (Frankie Chan) and his rice hat-wearing opponent isn’t something ripped straight from a Sergio Leone film. 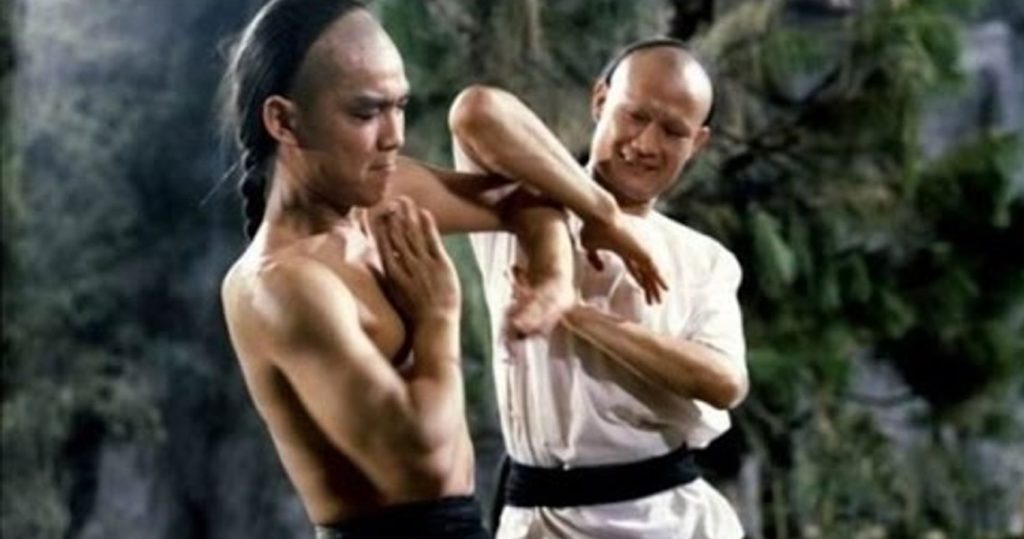 The real treat is star Yuen Biao. Trained in the same school as Sammo, Jackie, and a few other famous stars of the era, this could almost be considered his breakout role. He previously starred in other Hung productions -namely 1979’s Knockabout– and was even working as a stunt double for Bruce Lee in Enter the Dragon, but his physical presence and comedic timing rival that of his more popular contemporaries. He also gets kicked in the face three different times during The Prodigal Son and I swear to god it’s real.

It also mixes super well with the antagonist of the film. Frankie Chan might be a bit underutilized in the movie, but Ngai’s mirror image of Chang is an interesting parallel I seemingly forgot about over the years. Both Chang and Ngai are being deceived by their rich fathers, but Ngai is actually an extremely competent fighter. He’s seen kicking ass and trading blows on a level Chang doesn’t reach until the end of the movie. He’s more an involuntary bad guy than anything, which is a clear departure from other Kung Fu films.

The final battle, even, is more the two brawlers proving themselves to each other instead of some climactic showdown of good versus evil. You see these two men brutalizing each other so they can prove once and for all who the greatest Wing Chun practitioner is. Chang might have a more emotional core here, but even Ngai is fighting to undo the years of deception his father put him through. 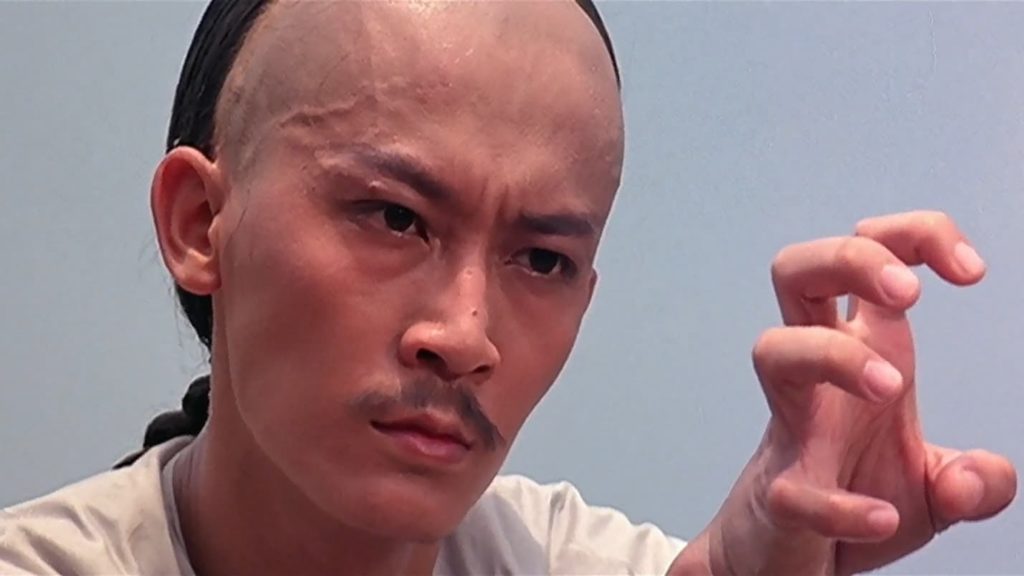 There’s really nothing about The Prodigal Son that feels haphazard or undercooked. This is seriously one of the greatest Kung Fu films of all time. It might be a little much for those uninitiated to the genre, but the film moves at an excellent pace and constantly engages with you great fights, stellar comedy, loving parody, and martial arts philosophy. It’s a near-perfect mixture of different elements that results in a wonderful whole.

The only downside would be that no perfect version of the film exists. Despite how we’ve moved into the HD era and various home releases have come and gone, you won’t be able to find an ultimate rendition of this film. The DVD I obtained during high school was put out by 20th Century Fox and contains pretty good picture quality, but has absolutely horrible subtitles. There are a litany of grammatical errors and even a random homophobic slur thrown in. Other versions have somewhat better translations but include absolutely subpar picture transfers.

You can stream the film on Amazon Prime Video, but then you’re limited to the dubbed audio that loses the point of the film. I have nothing against people preferring English audio, but this is one of those early 80s dubs that makes a mockery of what’s going on. It’s unpleasant to listen to and even ruins a rather esoteric joke that only works in the original language. Why can’t anyone do justice to this movie?

Still, however you see it, you owe it to yourself to watch The Prodigal Son. I may have been getting into Kung Fu in my teens before ever learning of this film, but this was the movie that cemented my love of Hong Kong cinema. Even 15 years after I first watched it, The Prodigal Son remains an all-time classic.

Family drama Minari gets a trailer after its big Sundance splash

Old is a mindset, and now its M. Night Shyamalan’s newest movie