There was a time back in the 90s and early 2000s when an American spy or hero or killer guy in a movie could go over to another country, kill all the terrorist bad guys, come back and the audience would think, “Yup, that was OK to do.” But a lot has happened since then, and that type of movie should really be handled a lot differently now. American Assassin seems to know this, but doesn’t care or, at the very least, doesn’t know how to care.

Look, I’m all for action movies where an American flies to some country and starts shooting — if I wasn’t I wouldn’t be able to watch very many action movies — but if you’re going to involve the CIA, very real-world terrorists, torture, the Iranian government, and an atomic bomb, then you can’t make that movie anymore. Or if you’re going to you have to have the wherewithal on how to handle it. American Assassin does not.

American Assassin is based on the 2010 novel of the same name and is the origin story of Vince Flynn’s Mitch Rapp, an American assassin. The book itself was written after a plethora of Mitch Rapp books had already been published, and as such is set in the 80s so as to fit into the book’s timeline. The film, on the other hand, is a modern day telling that brings everything into the now. This is easily its first mistake. The themes, actions, and ideas of the book fit well for a guy seeking revenge on the terrorists that killed his girlfriend in the 80s when terrorism was thought of much differently from today and never ending wars hadn’t been fought yet. However, Rapp’s motivations set in current day contexts make him feel like an out of touch asshole, not a hero.

After terrorist randomly storm a vacation beach that Rapp (Dylan O’Brien) and his girlfriend are vacationing at he is shot twice and his girlfriend is killed. This sends Rapp on a dark quest to gain revenge upon the terrorists that killed her. Rapp, verging on the point of psychosis, trains himself in martial arts, infiltrates a terrorist cell, and learns everything ever about the Muslim faith in just 18 months. By the end of that he’s the best super spy ever, and thus has attracted the attention of the CIA who pulls him in for a secret assassins group trained and led by old, grizzled super spy Stan Hurley (Michael Keaton). After what appears to be a few days of being yelled at in the woods, a crisis arises in which Rapp and Hurley must travel to a bevy of pretty locations in order to track down a nuclear bomb. 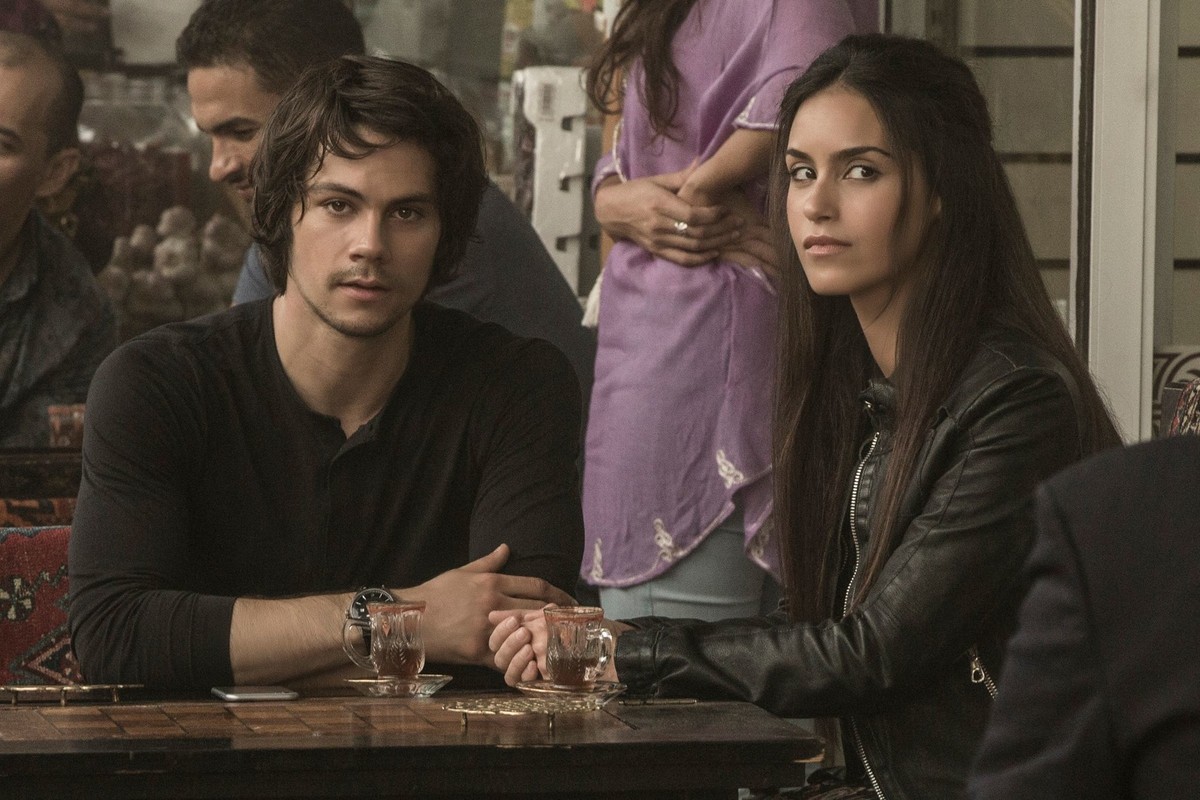 You can probably tell that one of the biggest issues with American Assassin is that it’s just so ham-fisted in everything it does. Rapps desperate need to avenge his girlfriend’s death is brought up over and over again as the driving reason behind his commitment to killing bad guys, but its never actually developed into anything other than the wants of a petulant teenager. It makes for a character that is terribly one-dimensional, a killer who seems to kill more because he enjoys it than because he’s fighting for what is right. He also routinely disobeys orders, which is supposed to be a bad thing, but the outcome is always good. He’s basically a rogue agent out for revenge, but since the movie isn’t told like a revenge story, but instead a political thriller, you never get that “fuck yea” feeling when he kills those asshole terrorists.

Instead there is a constant nagging in the back of your head about how an American CIA agent going over to another country and killing people is really, really, really wrong. They try to steer away from this by making the big bad guy an American as well, but instead of diverting you from the issues at hand it only highlights it more, especially when he starts monologging  about the evils of the American military in exposition so heavy handed its almost comical. Maybe there is a section of audience that feels that in a movie trying to be very real world a clandestine American agent killing people at the government’s request in another country is great, but that’s not me.

The film every once in a while does seem to realize this, and tries to make some sort of commentary on how terrorists are recruited, and the many faults of the American government in the Middle East. When it does it seems to be cracking into something good. There’s a torture scene in which Michael Keaton delivers a fantastically off-the-wall performance as his finger nails are pulled out, and the movie starts to feel like it knows what it is. However, every time something like that happens it turns right back around and starts to glorify Rapp as some sort of avenging angel that can do no wrong. And this goes on up until the very end when the credits roll. In fact, if the last scene of the film hadn’t existed I probably wouldn’t be writing half the stuff I am here, but it puts such a sour, tone deaf conclusion on the film that the entire movie is affected. 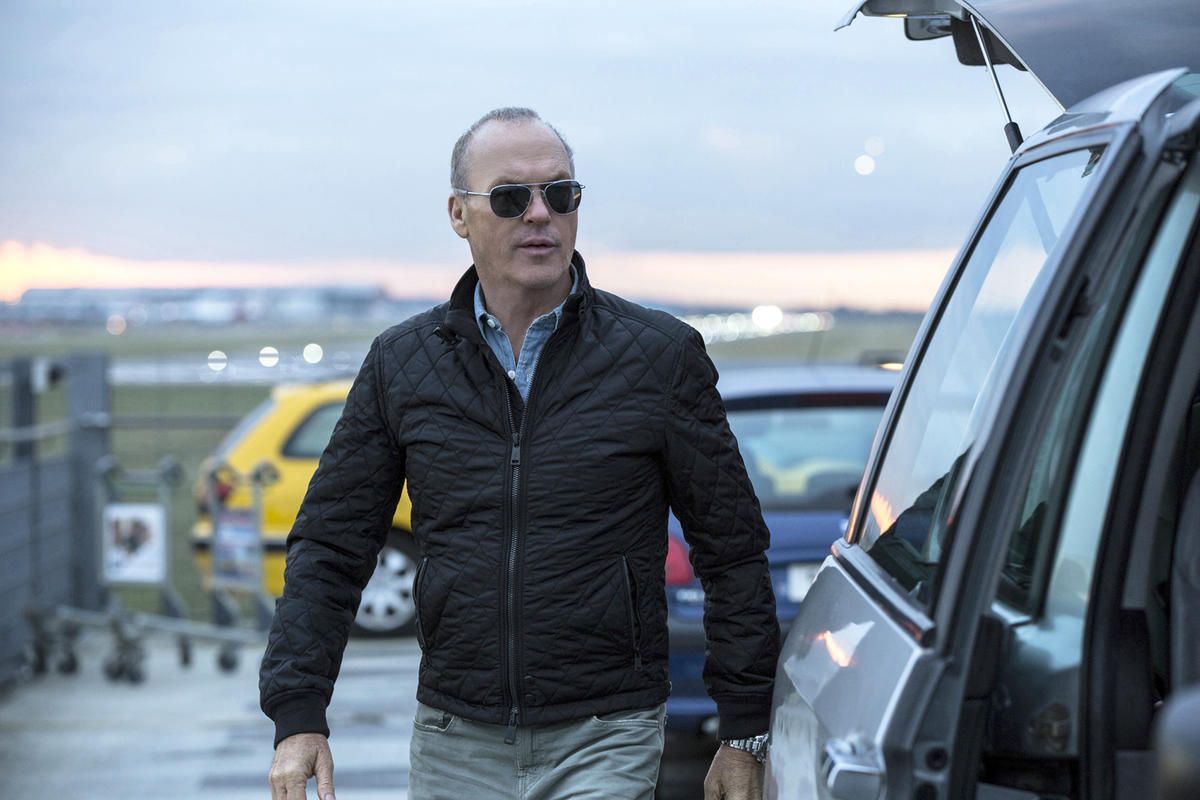 Outside of its issues with how to deal with its lead character and own plot, the film is competently enough made, if not a entirely unbelievable (possibly another issue with its tone, as the realistic background isn’t reflected in its super hero plot). Most of the film is paint-by-numbers in terms of plot, and direction, but those numbers are tried and tested. While director Michael Cuesta can’t keep his themes straight he does cut a good action and fight sequences, and his chase sequences are often tense. O’Brien’s performance as Rapp feels more like a petulant child than an intriguing character (I got flashbacks to our old pal, Iron Fist), but Keaton’s Hurley is easily a strong point. The actor pulls something out of the cliche old, grizzled Veteran trope, especially during the aforementioned torture sequence. While the old guy action hero genre is getting pretty played out, I’d much rather see another movie of Keaton being a badass than more Mitch Rapp.

American Assassin is a mid-tear action film that plummets well below what it should be because it feels so out of place in the world today. The problem isn’t with the fact that it’s a revenge thriller or a spy action movie or even a terrorist shoot-em-up, it’s that it’s all of those things smashed together into a whole that makes each one feel out of place. Maybe I’m being too political with a stupid action movie, but it is becoming more and more challenging to separate our entertainment from real world events, especially when the film your watching wants to be deeply embedded in those events. American Assassin does, and it fails at it spectacularly.

I don’t know what American Assassin wanted to be, but I’m pretty sure it failed to be that thing. There are moments where, deep down, it seems like it wants to say something; an early montage of a terrorist training video showing American military juxtaposed with the aftermath of attacks is striking. It feels like it’s supposed to mean something, like it’s trying to make a statement. Other hints are dropped here and there that make the film feel like it’s trying to subvert the patriotism inherent in its name, but… to what effect? A critic friend of mine posted on Facebook that your angry right-wing uncle is the only person this movie is for, which would heavily imply that any attempts at subversion failed to resonate.

Even so, the movie struck me as painfully forgettable. It was just, sorta, there. The only character in the entire damn thing that makes any sense is Michael Keaton’s, but he was enough of a highlight to keep the thing from being a total failure. Also, I laughed with (rather than at) the last shot, though, so that’s something. 59 – Average — Alec Kubas-Meyer