I laid my feelings out about the Ant-Man films and their importance to the Marvel cinematic universe yesterday so I won’t dive too deeply into that again, but suffice to say Ant-Man is a bit of an odd duck in the MCU, and it’s all the better for it. The first film was a comedic heist movie and gave us a nice diversion after the massive blockbuster that was The Avengers.

Ant-Man and the Wasp follows directly in those footsteps, pulling back down from a massive, universe-spanning film into a prequel that’s smaller, more tightly told, and more character driven. Is it the best Marvel film? No, but it does its job, has Paul Rudd being charming, brings The Wasp in as a full character, delivers on the action, and leaves with a mic drop of a post-credits sequence that had the audience gasping. Not much else to ask for from two of Marvel’s tiniest heroes.

Captain Marvel is getting all the hype for being the first female lead of a Marvel movie, but after watching Ant-Man and the Wasp it’s easy to argue that maybe Evangeline Lilly’s Wasp should get some love in this regard. This movie is as much her’s as it is Rudd’s Ant-Man. In fact, as we open Scott Lang/Ant-Man is on house arrest after the events of Civil War so she’s the only shrinking hero in action. That changes when Hope Pym/Wasp and Hank Pym (Michael Douglas) discover that Hope’s mother and Hank’s wife, Janet Van Dyne (Michelle Pfeifer) may actually be alive after she shrunk down to into the Quantum Zone to save the world decades ago. Of course, they need Lang’s help to get her back, so just three days until house arrest is over he’s sucked back into being Ant-Man.

Parts of the movie’s plot are actually its biggest hiccup. It’s not bad, but it’s awfully contrived; one of those situations where if just one person took the time to just explain things to another person a lot of trouble would have been saved. See, while the Pym’s and Lang are running from the law and trying to build the machine that will save Janet a villain named Ghost (Hannah John-Kamen), whose design is basically a copy-paste from Destiny, also wants to use it to help her stop phasing in and out of reality. This storyline is interesting on a broad level but completely avoidable in almost every way. Ghost is a cool character and all, but she’s an afterthought to the film’s main drive and used as a kind of MacGuffin to get the film where it needs to go. It doesn’t make the film bad, but she’s a long shot from the likes of Killmonger or Thanos in terms of quality of villain. 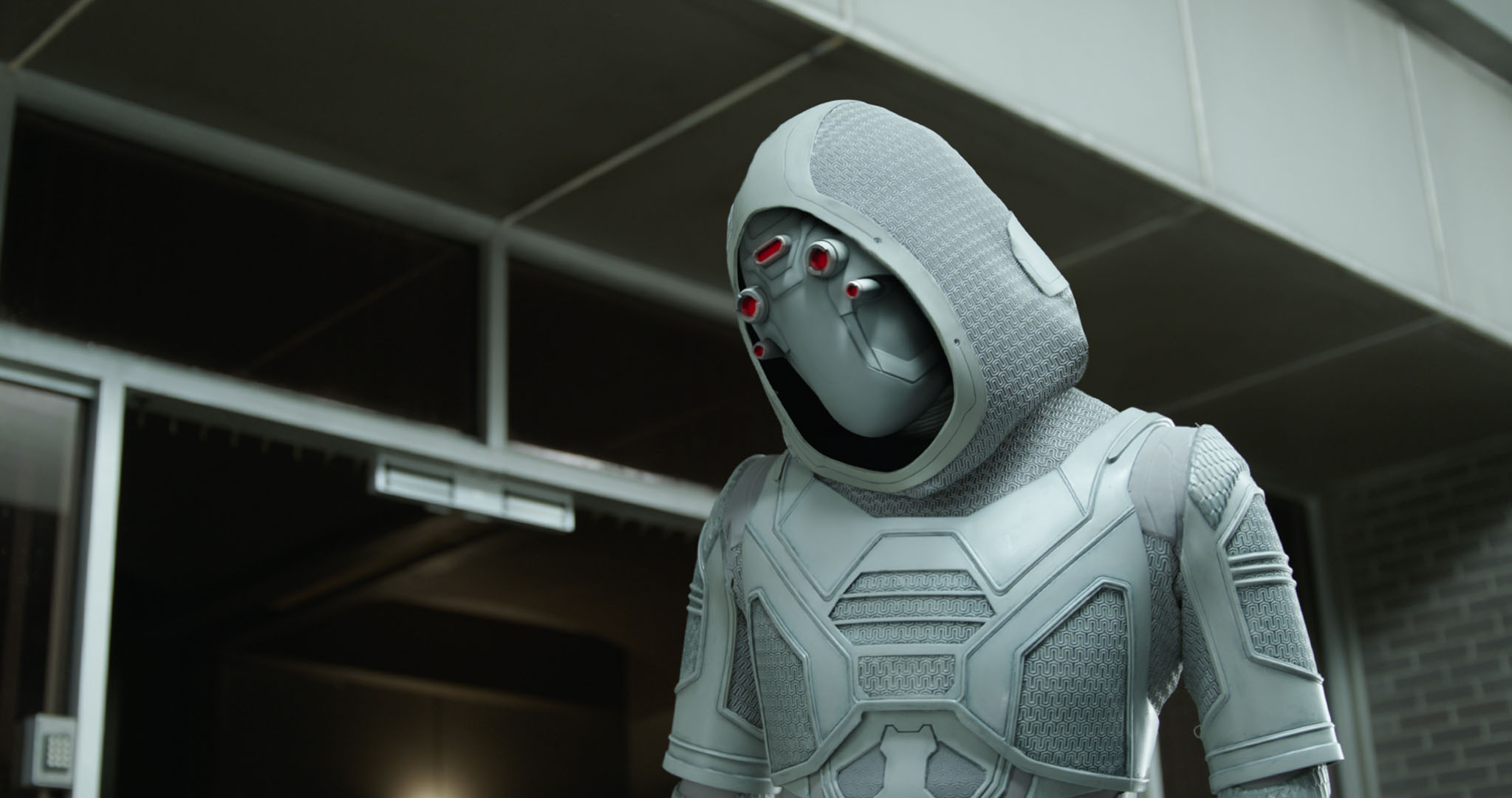 It’s also OK because that’s not really the main thrust of the film, which focuses far more on Lang’s humanity, and the fact that’s he’s kind of an every-man sucked into a world of superheroes. It’s an interesting take, that varies from the rest of the Marvel universe (even Spidey, who actively wants to be a hero or Hawkeye who signed up to kick ass), and allows the movie to play for laughs without feeling like it betrays its character. The movie is a comedy after all, with more sight gags, one-liners, and wacky sidekicks than any other Marvel film. There’s an extended sequence where Ant-Man’s suit is malfunctioning, causing him to vary in size randomly, that is hilarious. Rudd’s comedic chops are perfectly balanced by Lily’s straight man performance throughout the film, lending to tinges of classic comedic duos.

In fact, the two of them work really well together overall. The entire cast does. Almost everyone is back from the first film, and it’s a cast that jives together. While the heist elements are mostly removed from this sequel the heist team all returns, and there’s a running subplot involving them and an arms dealer that lands some of the best jokes of the film. Meanwhile, a heart does run through the movie as the history and background of the Pym’s is opened up, and Lang’s relationship with his daughter — one of the most honest things in the entire MCU — is expanded upon. Like all good comedies, there’s a streak of emotional honesty running throughout Ant-Man and the Wasp that holds it up while the jokes fly. 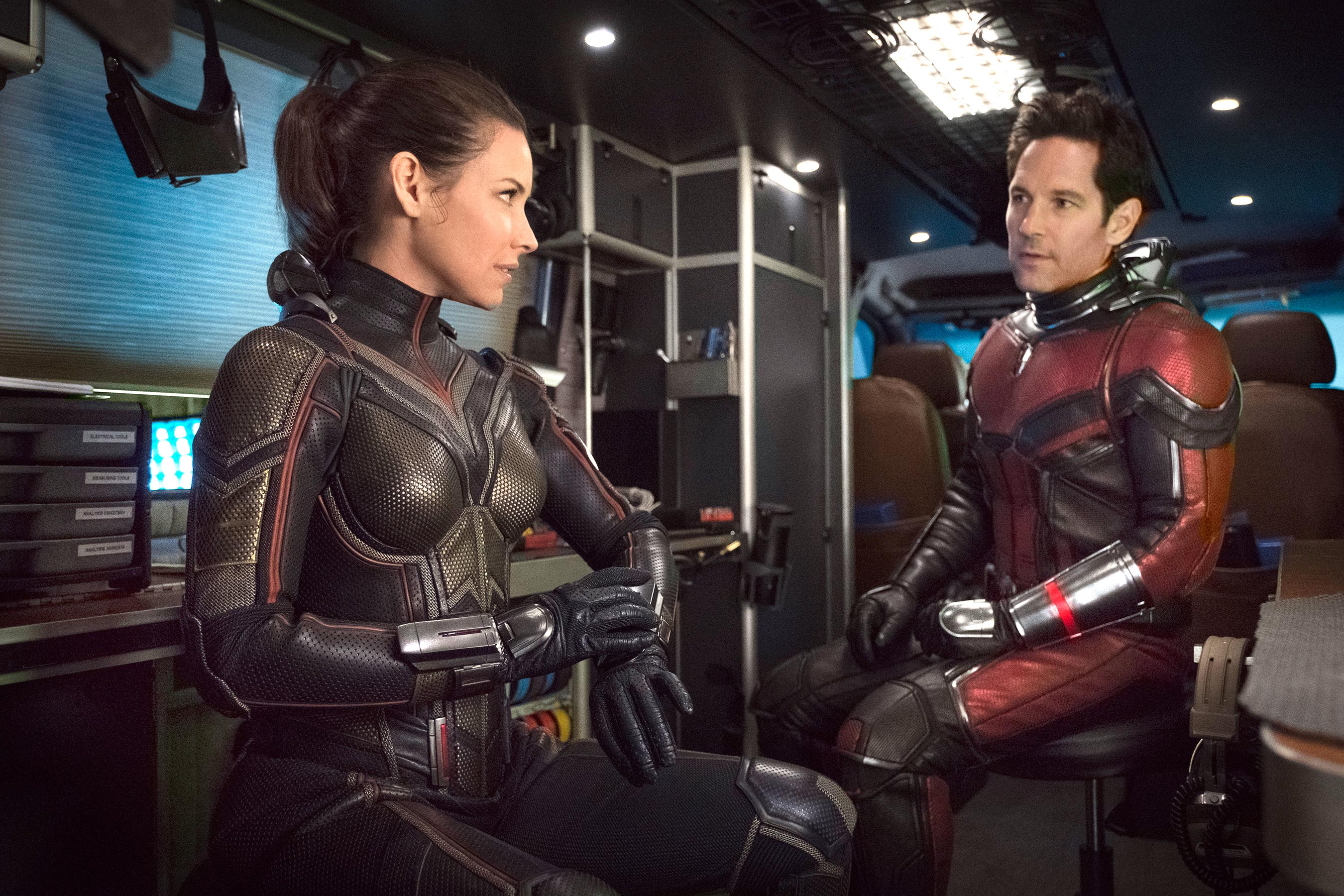 There’s also plenty of flying. The very nature of the Wasp and Ant-Man’s powers means director Peyton Reed gets to play around with some of the most unique action in cinema. The shrinking, growing, super-powered heroes pull off some amazing stuff in the film including a car chase that you probably won’t see the likes of ever again. There’s an extended Wasp fight scene at the beginning of the film that’s truly well laid out and designed, fluidly showing off her powers and ability to kick people in the face. Like most summer blockbusters, it’s easy to recommend this one on action alone even if you don’t care about the MCU.

With Ant-Man and the Wasp, you don’t really need to care about the MCU anyway. It’s a prequel to Infinity War so there’s no influence from the end of that film, and while its plot unfolds from the effects of Civil War it’s not that hard to pick up what’s been going on without having seen that movie. The film is its own thing, holding up on its own legs while giving just enough MCU love for fans. Like its predecessor, Ant-Man and the Wasp doesn’t have any grand illusions about being anything but Marvel’s B-team, and it revels in the freedom and fun that allows.