0
Leave it in the past

The proof of a devastating wound isn’t the gushing blood or savage pain of the moment it’s inflicted. It’s the scar that lingers, tissue binding itself together over years after trauma is inflicted in an attempt to resemble its former self. Wounds heal, but the true ones linger. With Antebellum, feature-debut directors Gerard Bush and Christopher Renz examine the wound of American slavery and the violence inflicted upon Black captives in the Antebellum South through the lens of a Twilight Zonelike thriller, one whose genuine nature is meant to be a grand “a-ha!” in the realm of narrative pacing.

Unfortunately, Antebellum misses the mark of giving us that satisfaction, instead laboring through stretches of unbridled savagery that end up playing as a slavesploitation slog, with violence somewhere between Django Unchained and 12 Years a Slave but with none of the impact, context, or satisfaction either of those films merit.

As the Civil War rages, a brutal Southern “reformer” plantation is home to Eden (Janelle Monáe), a well-adjusted and highly-favored slave under the thumb of the brutal Confederates that clutch desperately to the thread of cotton which they go to war for, rifle-butting any slave who so much as speaks a word. Eden’s become accustomed to life as an object, steeling herself as the plantation master (Eric Lange) takes her to bed, or cowering appropriately to appease the sadism of the cocksure Captain Jasper (Jack Huston). Antebellum immediately submerges us in life during this time, its opening, gaudy tracking shot culminating in the sort of casual slaughter commonplace under these circumstances. The film starts to wallow in the misery of slavery, until Eden goes to sleep.

Veronica Henley (Monáe), a successful contemporary activist and author, awakens from a panicked sleep. She recovers, going about a cheerily-productive morning with her bubbly young daughter and pancake-flipping, supportive husband. Life is good for Veronica, who’s on her way to a flight to deliver a keynote presentation regarding her new book and talk about the ways in which a Black woman living in America can assert herself beyond stereotype. 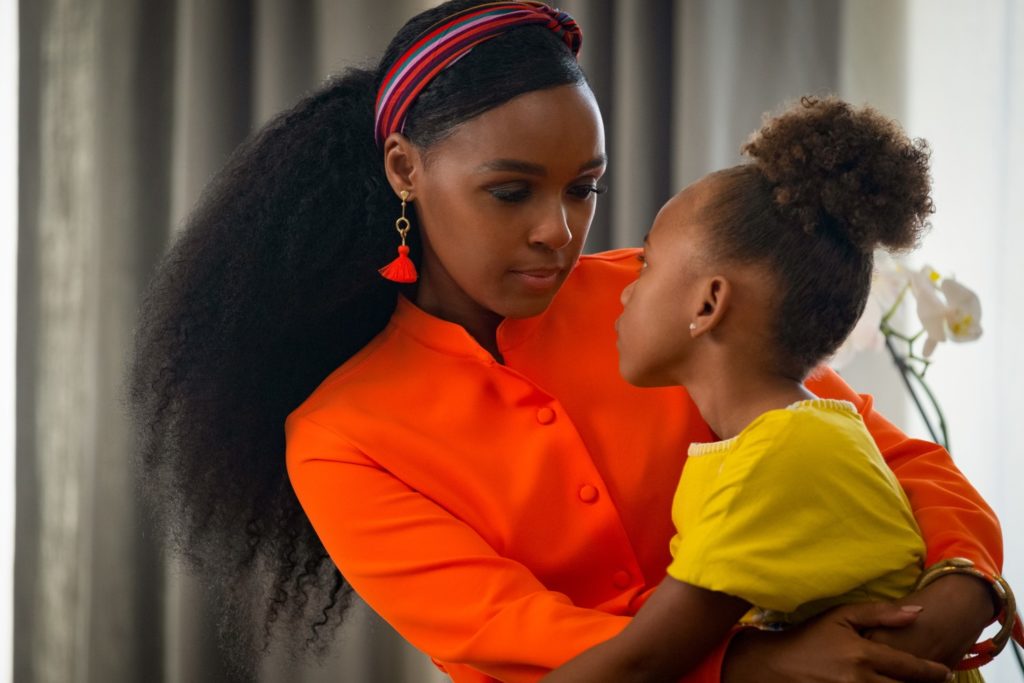 Now, it’s here where Antebellum is meant to play its cards, “shocking” the audience with its “what the heck’s going on here” shift of locale, as we start to see eerily familiar faces across the two timelines, including Jena Malone’s sneering, absolutely over-the-top Southern belle literary agent Elizabeth, who we’d caught glimpses of previously as a doting, despotic Southern belle on Eden’s plantation. Something is very wrong, and Veronica is clearly at the center of it.

I won’t directly spoil what it is that Antebellum builds to with its dual-narratives, only say that it becomes so absurd and excessive that the jig is up. This is not a serious movie. The plantation scenes are elaborately, achingly shot against harsh sunlight and distinct focal lengths, but to what end? To what end are we subjected to the beating, shooting, burning, and raping of Black slaves? The Black experience as one of pain and suffering then, and the ways it affects those slaves’ ancestors now is something inherent to the premise of Antebellum, yet the ball is fumbled in dealing Veronica the sorts of slights that a Black woman faces in a society railing against her. The sneering hotel clerk, or the (truly insufferable) condescending drawl of Elizabeth. It’s all too obvious and handled with the kind of nuance demanded in swinging a sledgehammer.

It’s as Antebellum‘s plot unfurls, the dual-narratives colliding in ways you’ve perhaps guessed to be approaching, that the film becomes clearly something without a real thrust. The aforementioned 12 Years a Slave manages to explore the dehumanization and subjugation of American slavery because its protagonist, the very-real Solomon Northup, is a man of high education and intellect. He is brought into the muck by slavery and its the chips of marble that fall from his distinguished character that make clear the soul-tearing degradation of the system. Antebellum mostly drops Eden into the frying pan without much context, her eyes a viewfinder through which we’re meant to be appalled and titillated by the carnage on the plantation.

Subsequently, the derision Veronica faces on her book tour is perhaps more upsetting and relatable, because even if we don’t experience it firsthand, many of us see this kind of behavior everywhere one can look, everyday. Yet the whiplash introduction of Veronica — what should be a powerful moment of genre filmmaking — is botched by the happy-go-lucky ideal life she lives, replete with a doting husband and beautiful home. The juxtaposition between Eden’s squalor and Veronica’s success is mishandled from the get-go, making the blunders of handling the injustices a successful Black woman faces in everyday life made by Antebellum less forgivable.

All this to say that Antebellum, ultimately, feels as if it is without a point. There are moments where it descends into truly bad territory; the talents of Jena Malone absolutely butchered in what has to be one of the worst cases of camp infecting a “grounded” role of recent mainstream Hollywood memory. Antebellum is seemingly most offensive when it fails to back up its meatgrinder approach to wanton slave violence with anything remotely interesting. And this is something the talent of Monáe’s performances cannot carry, sadly, nor the familiar-yet-impressive hazy sunsets captured by cinematographer Pedro Luque. 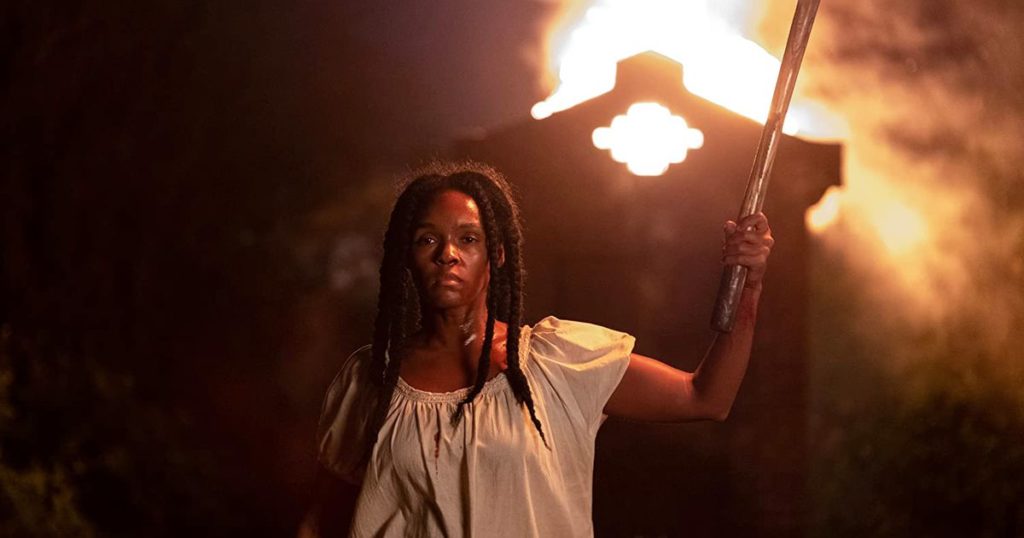 2020 is a landmark year in American politics and society for any number of reasons, and it’s during this time that the Black experience must be fully discussed, its voices listened to, and its demands adhered to. Films are the zeitgeist, and Antebellum had an opportunity to emerge as a genre-inflected observation of how the trauma inflicted on America’s Black population centuries ago remains just as influential today as it was bloodily present then, chasing the coattails of Jordan Peele’s work in Black storytelling through genre filmmaking though it may have been.

Instead, we got a glass cannon of a slave movie, neither memorable or unique enough in its 19th-century brutality nor forceful enough in its 21st-century rage against the machine. Antebellum opens with a line from William Faulkner’s Requiem for a Nun: “The past is never dead. It’s not even the past.” Poignant words, and a bold opening tone-setter. Antebellum unfortunately doesn’t extract enough from the past it explores to inform the present it looks to speak to.

Less clever than its mysterious premise implies, Antebellum is a soulless romp through the plight of a Black woman living in America today, featuring no shortage of historical slave bloodshed to try to give context. Its issues are critical, yet its conclusion is empty.