While the definition of film will vary from person to person, no one can deny it is a visual medium. Despite featuring stories with spoken dialogue, it’s entirely possible to convey emotion and drama through visuals alone. This was accomplished effortlessly in the silent film era, but has been a lost art as we’ve moved forward in time.

That’s what makes a film like Away so special. It manages to tell a story with a clear protagonist, antagonist, and even side characters all without a lick of spoken dialogue. Viewers are able to feel the tension our hero does while also taking in some stunningly creative visuals. The soundtrack whisks you away while you free your mind of conventional storytelling devices.

That’s all good on paper, but the end result isn’t as remarkable as it sounds.

Waking up dangling from a tree, Away begins with a shot of our protagonist looking forward at some foreign land in bemusement. Unsure of where he is, he quickly spots a gigantic black creature walking towards him. With beady white eyes and an ominous presence, clearly this creature is up to no good. The protagonist is soon engulfed by the creature and his world starts fading away. He cuts his parachute chord, falls to the ground and proceeds to run off.

From there, Away is basically a story of survival. The film follows this unnamed person as he treks across from distant land and avoids this crazy monster. Without any spoken lines, whatever is going on is up to the viewer to interpret. There’s a clear friendship developed between the protagonist and a bird, but that’s about the only concrete character arc you’ll find here.

Directed by Gints Zilbalodis, Away is an evolution of a style he has been perfecting for years now. Using abstract computer animation, his short movies have taken players on journeys through their emotions without ever featuring dialogue. It’s kind of his shtick, opting to push the visual part of this medium more than anything. 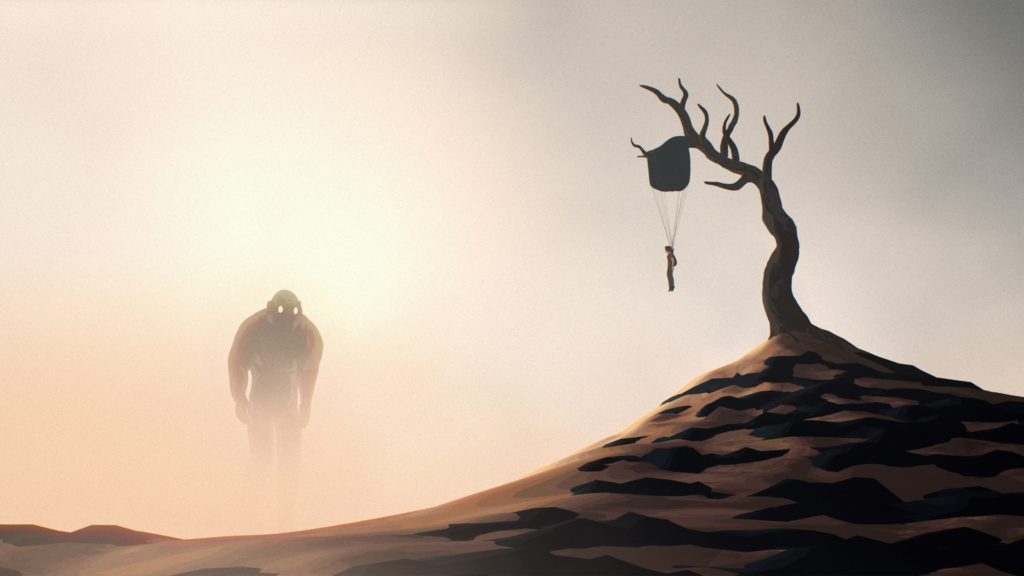 For the most part with Away, it works. The quality of these character models looks a little pre-2000, but it’s hard to deny that certain scenes have a breathtaking nature to them. One particular moment, roughly halfway through the film, sees our protagonist driving across shallow water as birds fly over his head. The reflective surface creates an obvious mirror and everything looks as if he’s floating through a different dimension.

What mainly hurts is that Away has belabored pacing. The beginning chapter –of which this film features four-, amounts to roughly 35% of the entire film. Running at only 75 minutes long, it’s a pretty sizeable chunk of time focused on not much happening. Our protagonist picks fruit, takes a swim, befriends a bird, and learns to ride a randomly placed moped.

What’s interesting about all of this is that the film almost plays out like a video game tutorial. This might be intentional, but we see our hero learn some skill before having to put it to use. He even gets practice in a safe area that’s free from harm. It’s uncanny how well Away could be adapted into a short game. 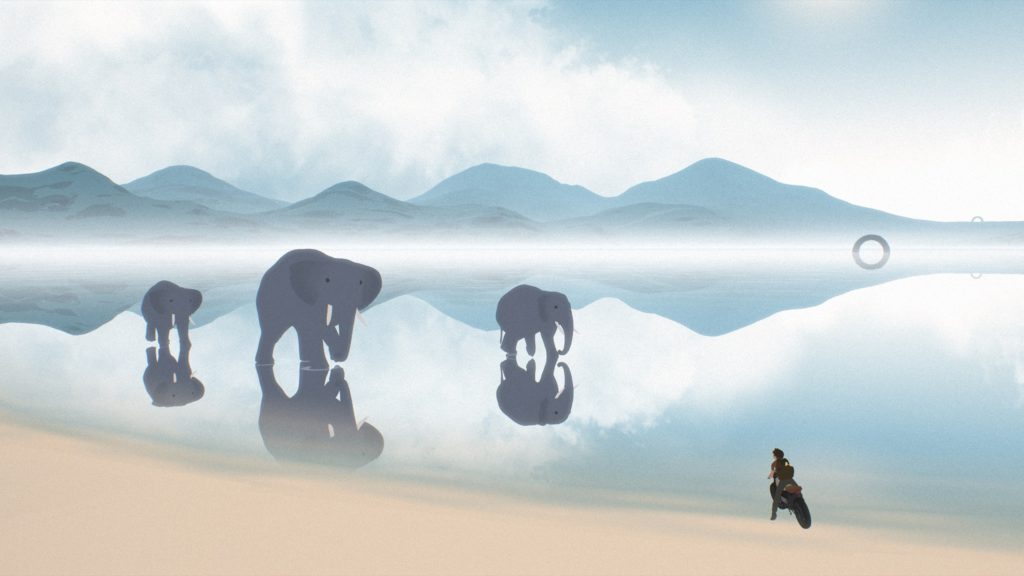 In fact, a lot of the imagery in Away seems lifted from Team ICO titles Ico and Shadow of the Colossus. I imagine Zilbalodis drew heavy inspiration from them, what with rickety bridges, barren landscapes, and foreboding music being the key components of this movie’s identity. The audio/visual presentation really is nice.

I wish I could like it more, though. It’s not that the lack of dialogue hurts Away, but it’s more how little we’re given of this character’s history and what his desires are. Clearly he has an innate wish to live, but what is he struggling to return to? How did he end up in this mysterious place? Does he have any family outside of this strange land?

A lot of these answers could have been facilitated with flashbacks during the beginning of the film. With our hero stuck in some off limits zone, he could have zoned out a bit and dreamt of his family and friends to give us some stakes. Instead, he’s alone in this world and there doesn’t seem to be much reason to care for him. His bird friend feels more important, but I’m not sure if that is down to a basic human desire to protect things we find cute. 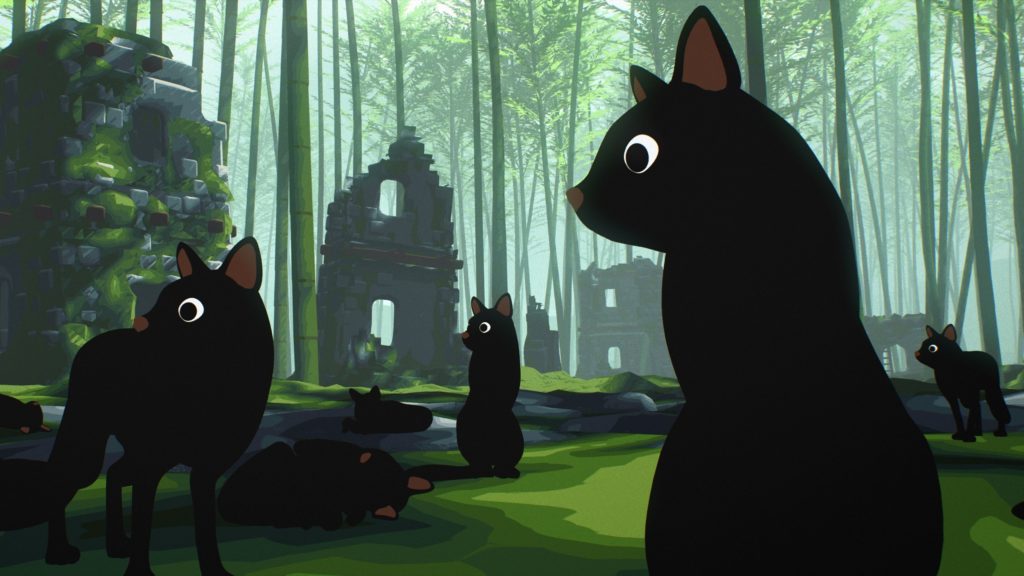 Even with those complaints, it’s hard to watch Away and not get something from it. It may not change your view on cinema or even lift Zilbalodis to the realm of legendary directors, but it’s an interesting project for how firmly it shies away from conventional film making. I haven’t seen a vast majority of films without dialogue (apart from the short segments Pixar likes to throw into its movies), so Away almost played out like something entirely unique.

There’s definitely ways this could be improved, but it’s hard to knock something for confidently walking its own path. With Hollywood in a constant state of rehash, Away feels refreshing for how brazenly different it is.

Slightly above average or simply inoffensive. Fans of the genre should enjoy it a bit, but a fair few will be left unfulfilled.
6.5