0
Plant a seed and hope for the best

Whether or not Beanpole, Russia’s submission to these past Academy Awards, is a quiet triumph is something of an enigma to me still, days after seeing it. Beanpole is a film that I think has so many threads, both literal and figurative, that are emblematic of a truly phenomenal work, yet over the course of its 137 minute run I felt an odd sensation of losing focus, and not simply due to its subsonic qualities and deliberate pacing.

Beanpole is the sort of movie you sink into, and if nothing else director Kantemir Balagov has given us a world in which we can live in, with a pair of characters who I won’t be forgetting any time soon.

In Leningrad, immediately following the close of World War II (the film characterizes the era as “the first autumn after the war”), Iya (Viktoria Miroshnichenko) is a striking figure working amongst traumatized and injured soldiers in a state hospital. Towering over most men, with a quiet demeanor and a striking beauty, she’s our titular “Beanpole,” one who bears her own trauma. Having fought on the frontlines, Iya suffers a debilitating “tick,” falling into abrupt and nebulous trances for minutes on end, snapping out just as haphazardly. No one escapes war unscathed.

When inseparable friend and war comrade Masha (Vasilisa Perelygina) returns from the front, she’s met with an unspeakable tragedy that’s unfolded before us just a fraction into Beanpole‘s run; though it’s an early, inciting incident, I won’t spoil it here. Reuniting, the two woman make due in the strange world of peace after years of harrowing uncertainty.

The world we catch glimpses of in Beanpole is truly a miraculous thing to behold, with a lived-in period aesthetic that simply nails it, full stop. The hospital halls feel like the developing Soviet institutions we’d see spring up in the escalating Cold War, and the streets of Leningrad are filled with a kind of hustle that would indicate a society learning to walk again.

I mentioned literal threads, which is to say the costumes in Beanpole are also tremendously impressive. There’s just something heartwarming about Masha’s girlish adoration of a vibrant, green dress she’s presented with, or the authenticity that comes from her soldier fatigues and medals that adorn her chest. It all just looks so good, with cinematographer Kseniya Sereda lending the film a warm palette and steady camerawork. Too often I find these gorgeous period films are obstructed by documentary-like handheld work, and while there are moments of kinesis Beanpole is a film that knows its sets and sights look good, and allows you to indulge in them.

Far from simply a pretty face, the film is maintained by its two lead performances. Iya is, quite simply put, one of the most interesting characters of the past year or so in film. She recalls everyone from Alphonse Elric, the hulking, spirit-in-armor of the Fullmetal Alchemist anime and manga to Steinbeck’s Lenny Small from Of Mice and Men; a towering, quiet soul. Protective of Masha, her anchor in this world, and infantile in so many ways. That her experiences on the frontline, the source of her unconscious-spells, is never touched upon beyond a prominent scar we see from time to time is an exercise in clever restraint on Balagov’s part; we don’t need to dwell on the past, only know that it’s shaped Iya’s future.

The relationship between Masha and Iya, how the former’s boldness makes up for the latter’s quiet, is part of the sweet humanity that keeps Beanpole‘s Post War Russian cold from encroaching too much. Clearly these two have been through the wringer, yet the palpable sense of connection between the two is something to cherish.

Looking at the praise heaped upon it, it pains me all the more that I didn’t outright love Beanpole. I was content to live in the world with these characters for hours to come, and it nails the atmosphere of sadness without being overbearing or oppressive brilliantly. Yet it’s when Beanpole’s story takes its form that I was left puzzled and, frankly, a little disinterested. Without spoiling much: Masha wants to start a family, and finds herself physically unable to bear a child. That this thread becomes our primary focus, the lengths to which she goes to procure a child and husband, was just a little besides the point for me.

Here were two characters so inherently interesting for their mannerisms and slightly-mysterious histories I simply wanted to watch them perform in their day-to-day routine. The ways Iya reacts to Masha’s blossoming desire for a future of her own is perhaps the crux of the film, and some of the best scenes in Beanpole stem from the two quarreling over what is essentially a divergence of paths, it just started to spiral into a narrative that began to feel slightly (truly, emphasis on slightly) manufactured.

Yet to say that Beanpole doesn’t redeem itself, if it need redeeming, would be a mistake. I was enthralled by its lush visuals and characters, their resilience and humanity. Perhaps the lasting achievement the film should be commended for is telling a sad story without making me feel as if the world is utterly without hope. Whether it was simply the sense of warmth in its cinematography or the earnest flaws and strengths of its characters, Beanpole manages to confront the audience with tragedy while still remaining a film full of life. Not that something horrible, war or the loss of a loved one, can simply “happen” and be forgotten; look no further than the wounded soldiers or the rationed food to see that the world was far from recovered at this point.

But life moving on, with all of its sadness and spontaneity piling up, is what Beanpole managed to settle on, for me. You can plant seeds for a future that might not pan out, but the effort can always be made. If a movie’s enjoyment can stem from simply living in a fresh experience for an hour or two, whether that’s a world of pure fantasy or a time long gone, Beanpole succeeds. It realizes it’s world down to the socks on its characters’ feet, and provides no shortage of interesting and enjoyable people to watch and listen to. An exercise in empathy as well as history, Beanpole is worth the effort, blemishes and all. 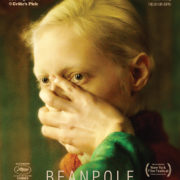 If a movie's enjoyment can stem from simply living in a fresh experience for an hour or two, whether that's a world of pure fantasy or a time long gone, Beanpole succeeds.