Bill and Ted. Why?

That’s really the only question you can ask when presented with the now three films in the franchise. It’s not a bad “why,” mind you. It’s just… how the hell did these get made? A movie about two stoners who never actually smoke any weed and travel in time in a phone booth while collecting historians for a school report so that they can eventually write a song to unite the entire world and become the most important historical figures in history? What? How? Why?

Well, somehow that film landed an even stranger sequel where Bill and Ted die and travel to heaven and hell and both these movies delivered some of the most quotable lines in film history. Now, finally, a third film, where our titular heroes are older and try to steal their own song from their future selves. Yes, Bill and Ted Face the Music is finally here. The conclusion to a trilogy(?) that took decades to complete has now graced our small screens, dude.

Both of the original Bill and Ted films stand their ground pretty well (aside from three horrendous uses of a homophobic slur that date the movies terribly). They’re weird for sure, but also incredibly quotable and fun to watch. The banter between Bill (Alex Winter) and Ted (Keanu Reeves) is the kind of magic that only comes when something comes together cosmically. The question is can that magic be recaptured nearly 30 years later. From the majority of reboot experience, the answer is no but Bill and Ted Face the Music manages to pull it off for some of the very same reasons the originals worked well too.

We find our intrepid heroes living in the suburbs after the events of the first two films. They did indeed release a number one hit after the second film ended but it did not unite the world and, obsessed with creating the song, the pair have released a stream of flop albums until they are on the verge of quitting. Their only true fans are their two daughters Theadora “Thea” Preston (Samara Weaving) and Wilhelmina “Billie” Logan (Brigette Lundy-Paine), the naming of is a clever workaround for introducing two baby boys at the end of the second movie. However, when Rufus’ daughter travels back in time to inform the pair that all of reality is falling apart and Bill and Ted need to save the universe tonight they steal a time machine to go steal their own song from themselves in the future. The journey takes them into the future and, of course, back to hell. 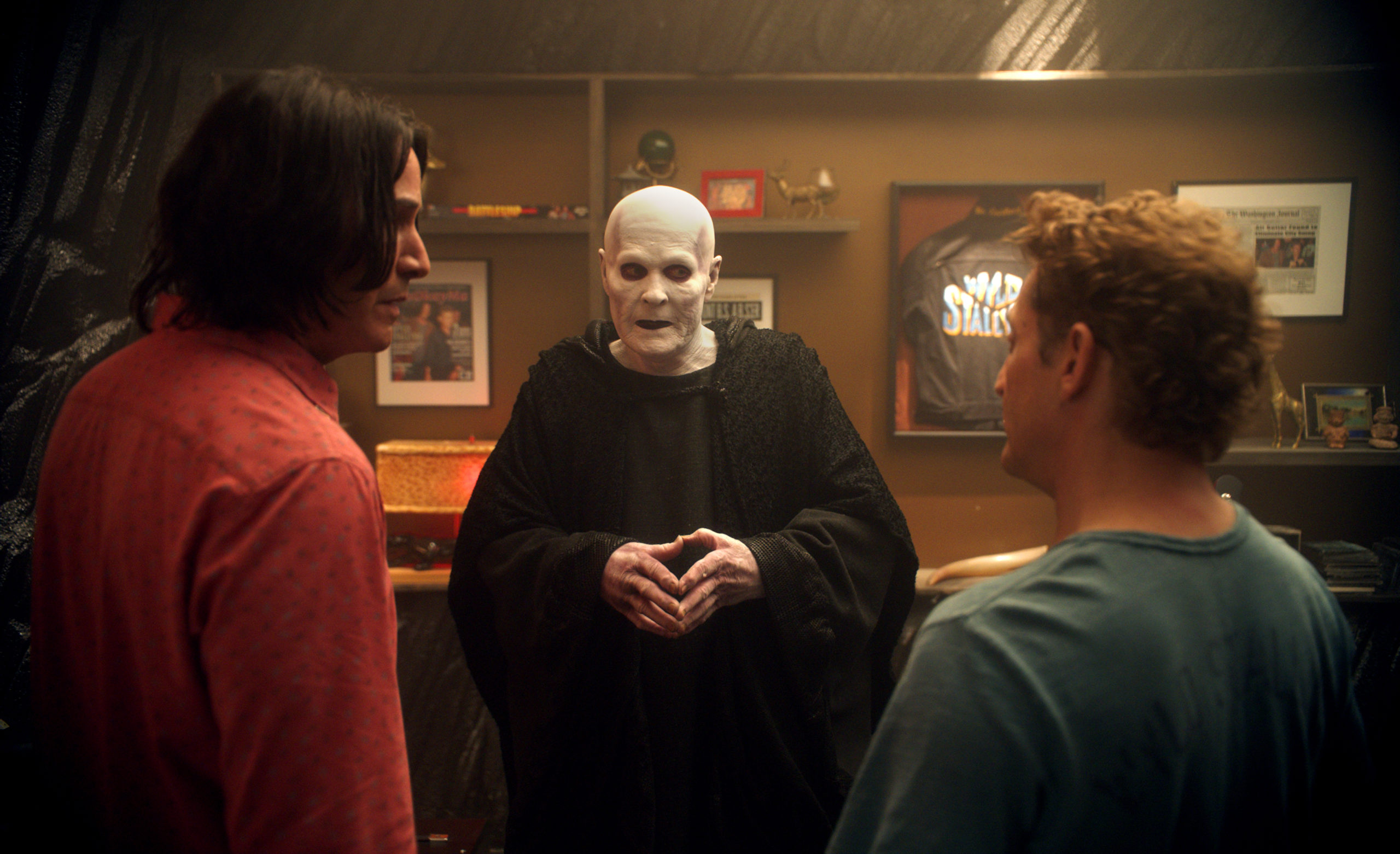 The best aspect of the films is that they don’t actually take themselves seriously. The laws of time travel mean little to the franchise’s writers, who are more interested in putting Bill and Ted in ridiculous situations than unpacking the ramifications of their efforts on time itself (though, Kid Cuddi does a great cameo as the film’s time travel expert). This lets Face the Music unfold in the most random and incoherent way that just works. The film’s concept is ridiculous why try to over-explain it?

While the movie is jam-packed with references, callbacks, and characters from past films it smartly doesn’t try to be the first two movies. Bill and Ted have changed and while they’re still kind of dumb and love ending sentences with dude they’ve also matured. This isn’t Winter and Reeves trying to be teenagers anymore and it lends the movie an actual air of authenticity and feeling. The film isn’t trying to recapture the old films but make its own thing, a lesson more sequels and reboots need to learn.

It also might be the funniest film of the franchise. By removing the idiot, “not-stoner” comedy the movie is forced to be a bit more clever. There’s a truly hilarious sequence of Bill and Ted going to couples therapy with the princesses (some of the few recast roles with Jayma Mays and Erinn Hayes taking over the roles) and Bill and Ted confronting their failed future selves ends up in some clever and funny situations. While some of the humor feels a bit dated that warm nostalgia feeling saves it. 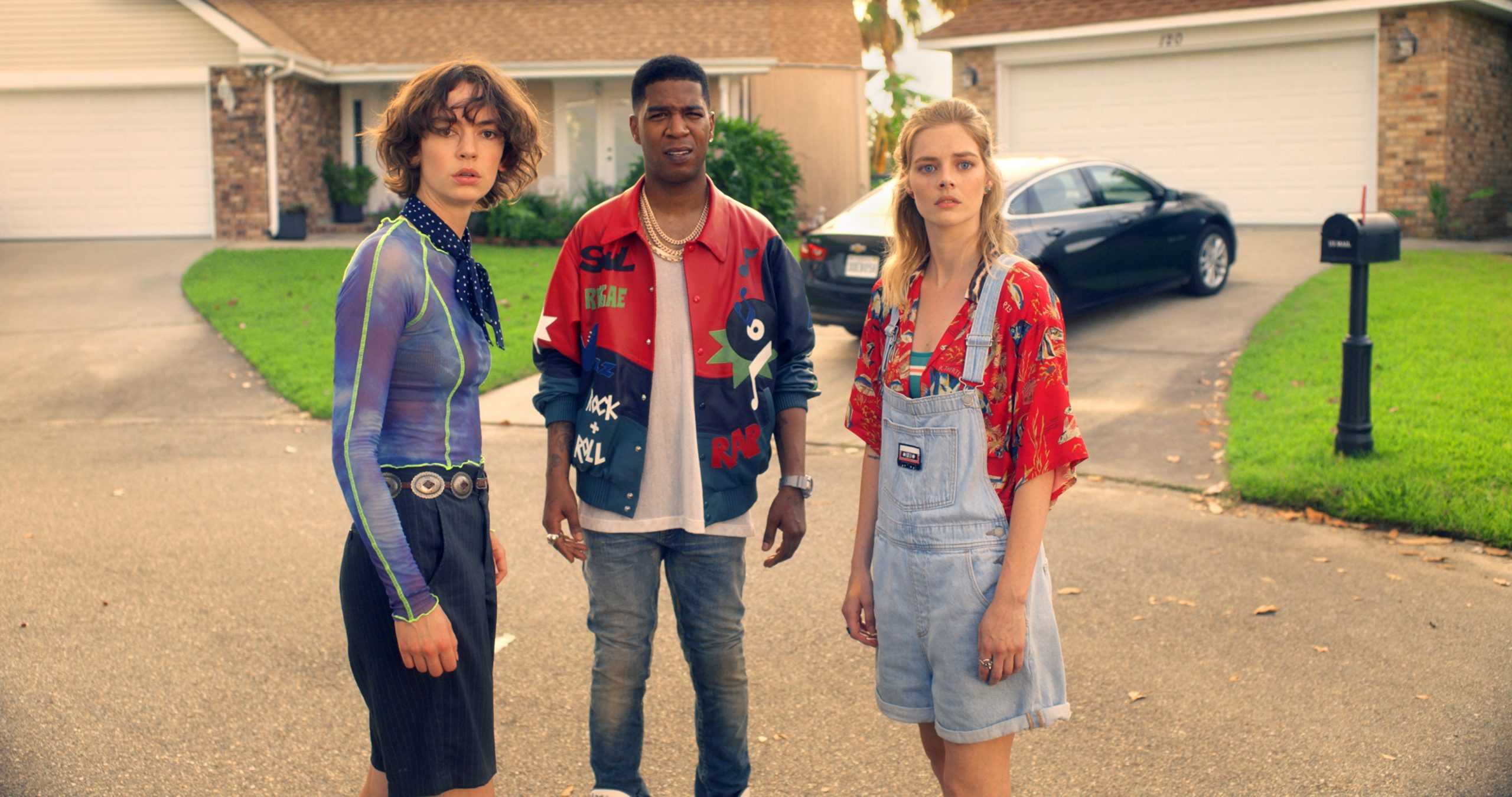 What also makes it all work are Reeves and Winters, who still play off each other like they’ve been hanging out in their garage jamming for the past three decades. They are truly what made the first films function so well, and their chemistry hasn’t lost a beat even if it is more wrinkled. It helps that both actors have improved at acting as well, giving their characters a bit more nuance than they had before, which leads to the aforementioned change in tone. They’re just fun to watch on screen and when the film is with them it is better.

That does mean that when its not with them it’s not as good. While Bill and Ted are traveling to their future, their daughters travel to the past to put together the greatest band ever. Sadly, Weaving and Lundy-Paine don’t share the same chemistry as Reeves and Winter. Their performances are more mimicry of Bill and Ted from the first two films than authentic, which contrasts sharply with Reeve’s and Winter’s evolved characters. The result is a chunk of the movie where the magic that makes the series so great just isn’t there. 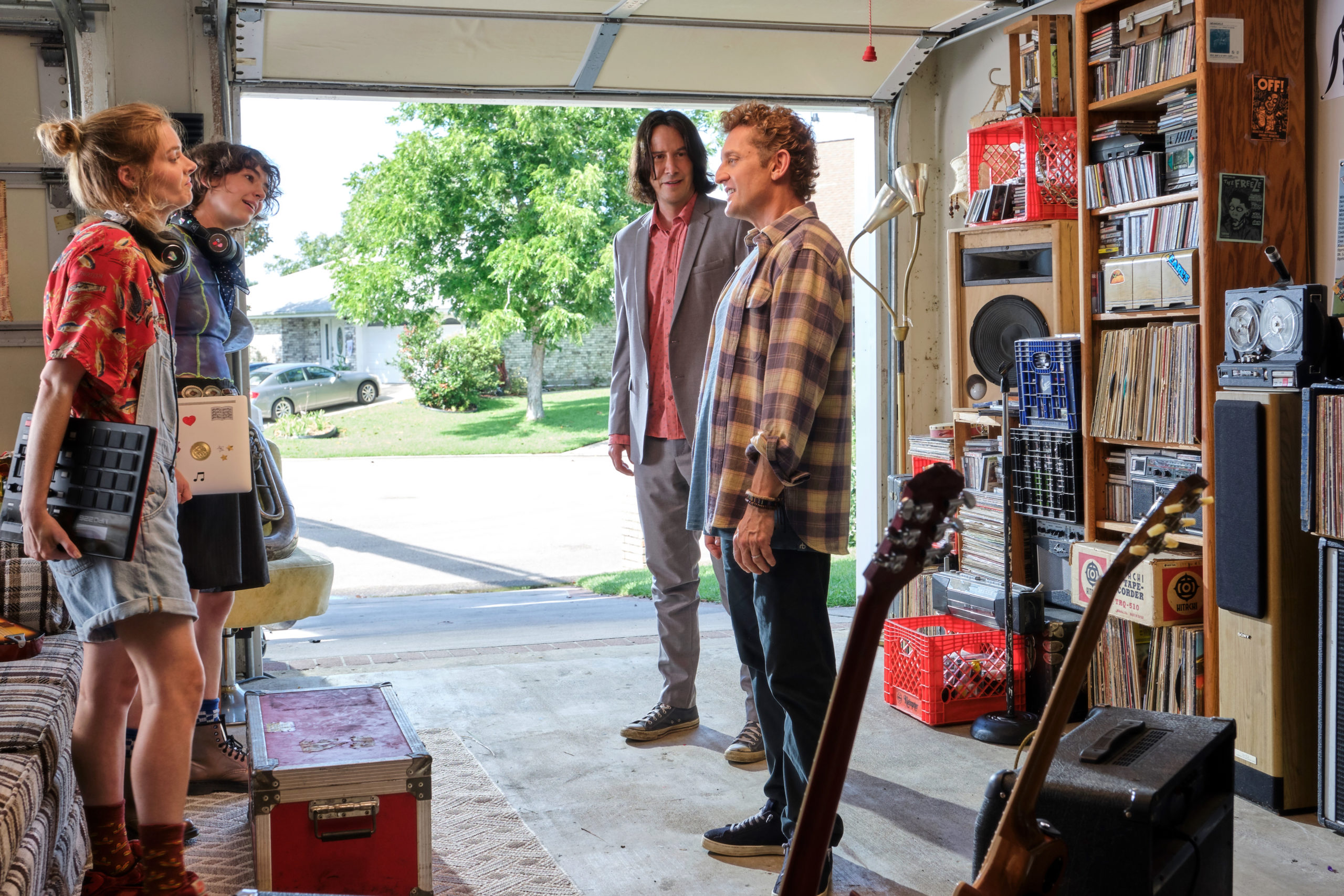 That, of course, is probably way too much criticism of a Bill and Ted film, which is just supposed to be fun. However, laying beneath all three of these films are themes of friendship and understanding. Face the Music pulls these themes forward even more than the first two films, making the movie feel far more of its time in days where division seems more prevalent than camaraderie. “Be excellent to each other.” and “Party on, dudes.” may act as gag lines but they resonate. It is a surprisingly relevant film for a sequel to two films from over three decades ago.

Bill and Ted Face the Music takes its cues from the past films but it is something more. There’s heart and love behind it and, carried by Reeves and Winter, it delivers a long-awaited sequel that is both reverential and fresh.

Note: make sure to wait until after the credits roll. 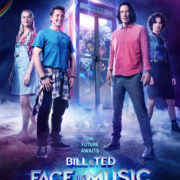 Bill and Ted Face the Music is a love letter to the first two films without being a repeat. Led by Reeves and Winters, it delivers what is probably the best all-around film in the series.