The Doom Patrol has always been a superhero team known for its strangeness. Whether it’s fighting abstract concepts made flesh, beings that burrow into your mind to plant bad ideas, or teaming up with a man who can bend the laws of physics by flexing his muscles, this is a superhero team for all of the weirdos and freaks in the world. Naturally, I was drawn to this team and loved the first season of the show when it debuted on DC Universe last year. Ever since finishing that, I’ve been eagerly looking forward to Season Two of Doom Patrol.

While that strangeness from the comics most certainly carried over to the series, what really shocked me most was the fascinating dives into the trauma of each of our main characters. Nearly everyone was broken, in some regard, and either found a way to partially heal or developed some new condition that was filled with pathos. The show expertly balanced these heavy and oftentimes gut-wrenching discussions by throwing the team into ludicrous scenarios, such as when they entered a pocket universe within a goat’s butt after it swallowed a town.

Suffice to say, Doom Patrol most certainly isn’t for everyone. It was right up my alley, at least. I don’t normally watch shows as they air, but I made an exception for Doom Patrol. I made sure I was always up to date on the adventures of the world’s strangest superhero team.

Right from the start, the second season had a lot to live up to. There was a tremendous amount of potential given how strong the first season ended up being. For the most part, this second go-around lives up to that potential.

Following the events of the first season, the Doom Patrol has succeeded in rescuing Niles Caulder/The Chief (Timothy Dalton), but they’ve learned that he was responsible for destroying their lives and giving them their powers. Righteously furious, the Doom Patrol wants absolutely nothing to do with him, but the Chief begs them to protect his daughter, Dorothy Spinner (Abigail Shapiro).

Dorothy is a little neanderthal who has the power to bring her imagination to life. Unfortunately, she is also unknowingly imprisoning a monster called The Candlemaker (Lex Lang) who has the power of wiping out reality if unleashed into the world. Needless to say, the Doom Patrol must put their grudges against the Chief aside to look out for Dorothy, even as the world slowly starts to unravel because of it.

If the first season’s focus was examining the strength of surrogate families and their relationship to trauma, the second season is much more focused on family in the literal sense. Nearly every character needs to come to grips with their own family, and while some of those instances may be the more the better, most of them serve as deep dives into the roots of their problems. 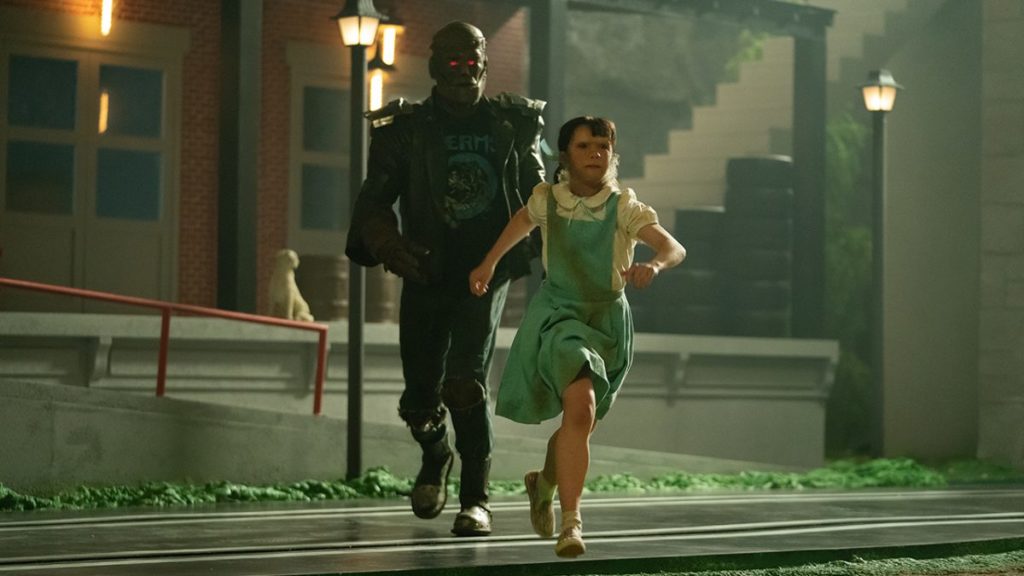 While seeing Larry/Negative Man’s (Matt Bomer/Matthew Zuk) attempt to reconnect with his estranged family is something we would come to expect from the character, most of the season is focused on the machinations of Niles and how he’s a frankly horrible person. He’s both incredibly sympathetic for wanting to do anything to protect his daughter, but monstrous for the actions he put on the rest of the cast.

In probably the best dynamic of the entire season, Cliff Steele/Robotman (Brendan Fraser) scorns Niles constantly, asking him why Niles’ daughter’s well being took precedence over his own daughter’s. We really get to see the Chief in such an exposing light, and Timothy Dalton plays him marvelously to boot. That’s not to say none of the other cast members are slacking off either.

Brendan Fraser is a delight to be around, always cursing up a storm and getting himself thrown into increasingly surreal experiences. One of the best episodes of the season, “Sex Patrol,” has him high on ecstasy and dancing with a sex demon while sex ghosts are populating their mansion. He’s just a sheer wonder to be around, and while he was angry for most of the first season (justifiably so), the second gives him plenty of opportunities to be happy. 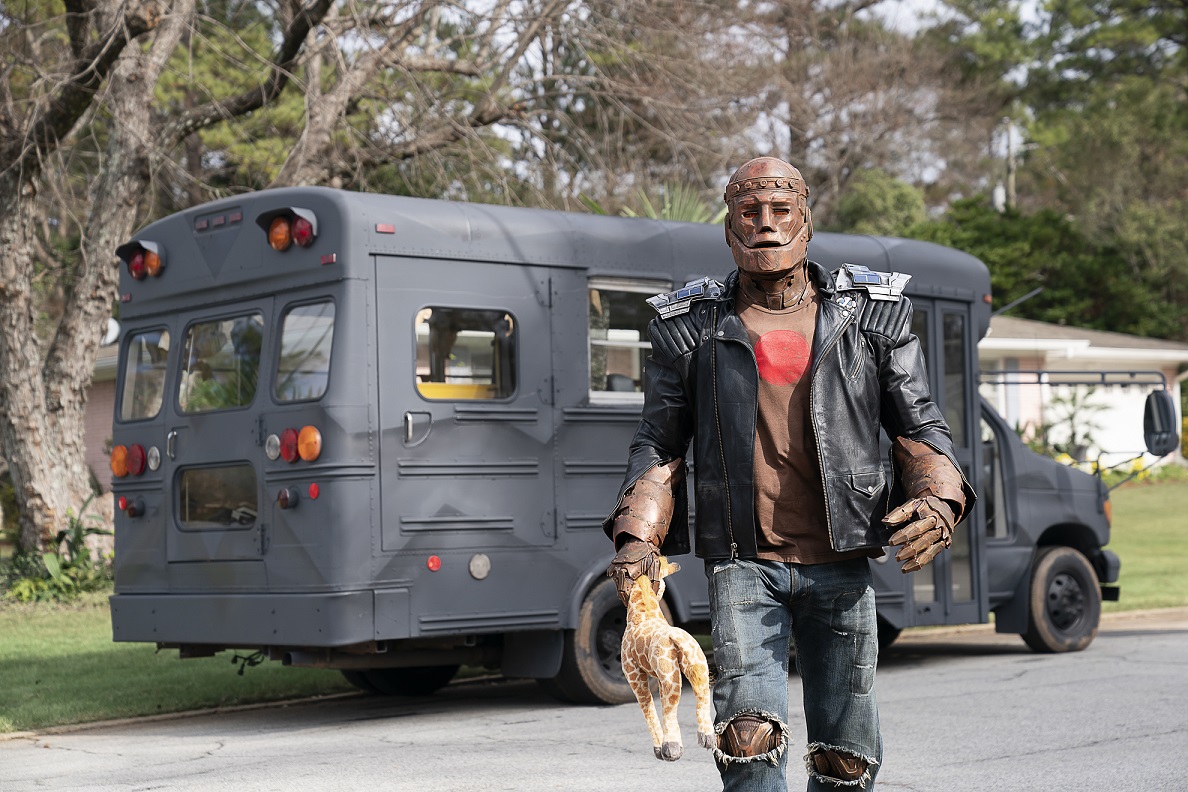 If there was one weak link amongst the returning cast, Cyborg (Joivan Wade) doesn’t really have much to do during the season. Most of his time is spent away from the Doom Patrol pursuing a love interest in Chicago, opting to instead ignore the clear PTSD that he developed by the end of Season One. The show acknowledges it only in the first two episodes before dropping it entirely in favor of the romance subplot. This eventually kind of peters out by the end with no real resolution and Cyborg not developing as much as his peers.

That’s a bummer, but if you’re a fan of Doom Patrol for the strange situations they get themselves in, then this season won’t tickle that itch. The surreal scenarios are no longer the central draw, instead acting more as a device to move the characters along. Previously each adventure would encompass the entire episode and we would learn more about the characters and their struggles through their predicaments. Now, those escapades feel like background dressing.

Some episodes, like “Sex Patrol,” focus on that insanity, while others turn it into an afterthought. “Space Patrol,” in particular, is more about Dorothy running off into space after a group of astronauts comes to visit Niles. Dorothy and the astronauts encompass two of the plots for that episode, but it’s never about the strangeness of the situation. 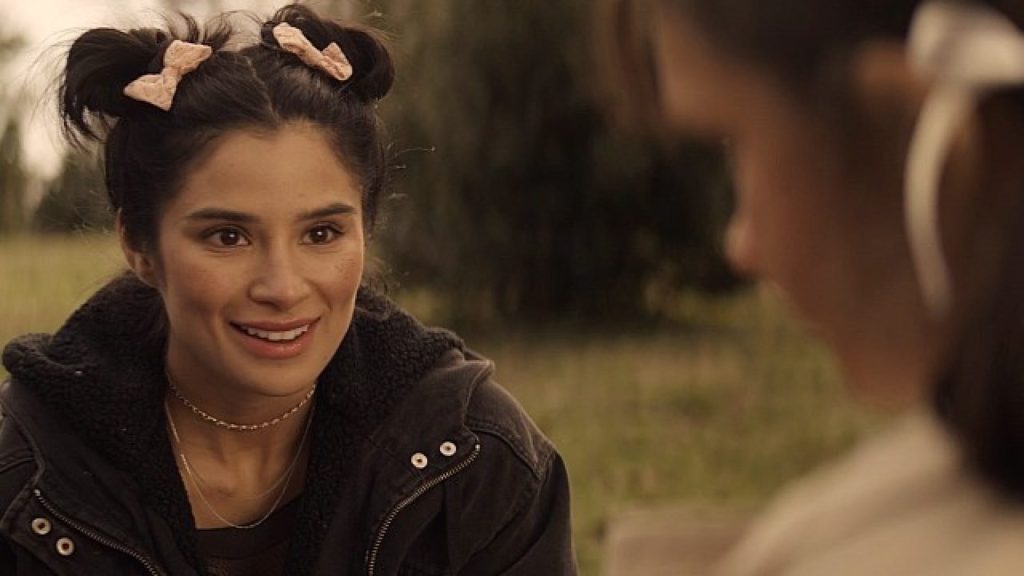 I’d have to go back and rewatch the first season to confirm this, but Season Two feels much denser than the first season. It wasn’t uncommon for each episode to have 4 or 5 plots going on simultaneously, making the jumps back to each character’s story feels jarring. With the first season, there was always a central goal: defeat Mr. Nobody and rescue the Chief. In order to do so, the Doom Patrol had to come together to not only work with each other and save the Chief but to overcome each person’s demons.

The focus for Season Two feels less about telling one single narrative and more about telling multiple, smaller, more character-centric stories. This becomes especially true given how very few of them seem to connect. Rita (April Bowlby) wants to try to be a superhero, but that has very little do with Jane’s stress about being the dominant personality as well as her drug addiction.

The problems with this structure really start to show by the end of the season, which unfortunately necessitates spoiling elements of the finale. No specific plot points will be mentioned, but there’s no avoiding it to talking about the biggest elephant in the room for Season Two. So again, Spoilers from here on out. 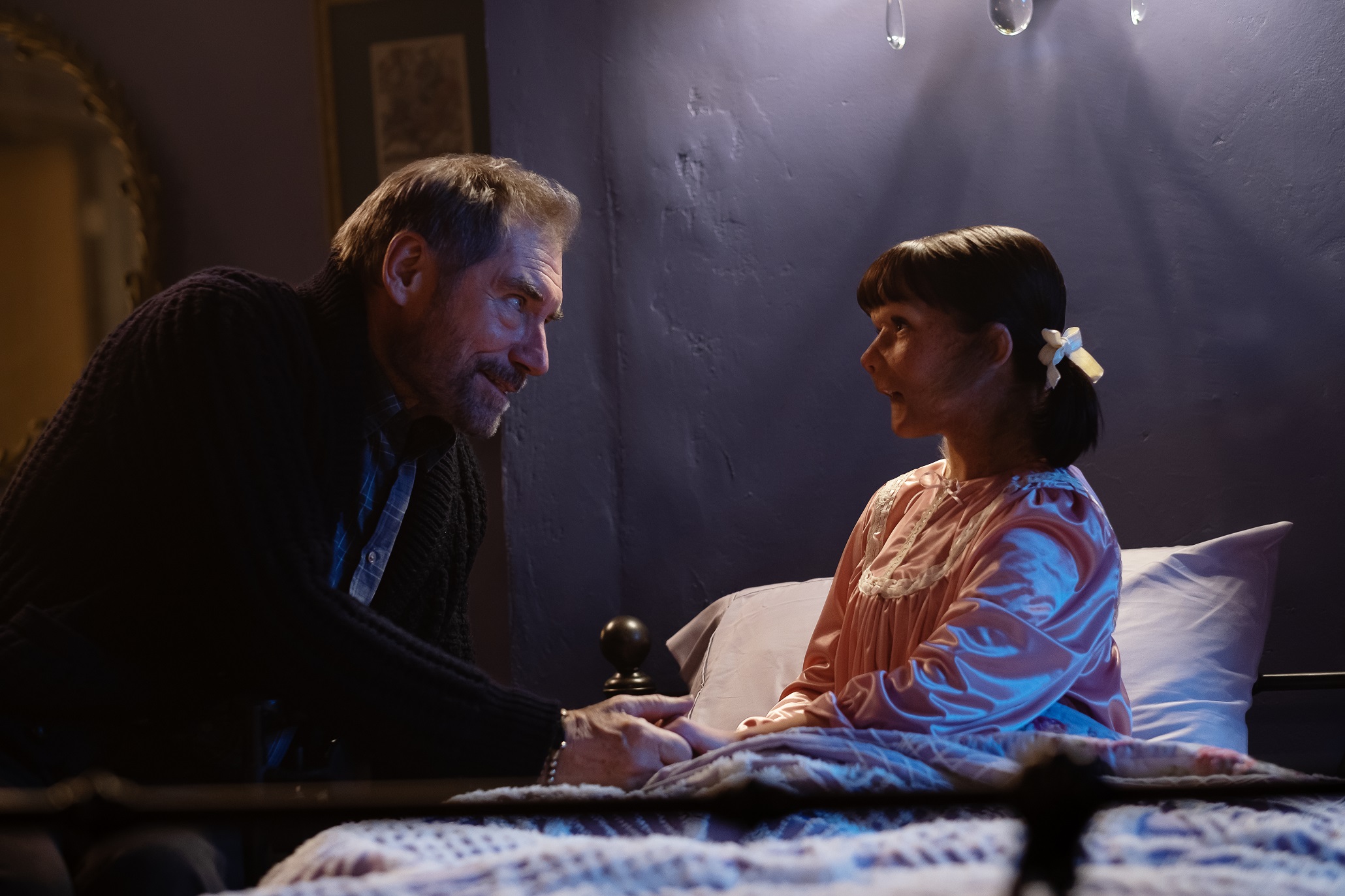 Doom Patrol – Season Two was originally slated to have 10 episodes before the total count was cut down to nine. Why you may ask? Coronavirus. Production got halted right as they were about the complete the final episode, so it was left incomplete. According to cast members, the finale was more or less done, with only a few scenes left to shoot. They couldn’t finish it for safety reasons.

It’s completely understandable why this was done, but allegedly Carver and crew were able to morph and condense the last episode so that episode nine, “Wax Patrol,” would function as a season finale. Except it doesn’t. Like at all. None of the character’s arcs are resolved and it feels more like a penultimate episode than a conclusion. The stakes are at their darkest with the team being in a terrible situation all around, and…that’s it.

There’s vague resolution to the Candlemaker (I think…?) and several lingering questions are left unanswered. It’s unclear if they’ll go back and complete the episode if/when production starts back up or if this will eventually be resolved in a hypothetical third season. This could even be the end of the Doom Patrol as the show, publically, has not been renewed for a third season (yet). Given the current state of film production, especially in the state of Georgia where Doom Patrol is mostly filmed, it could be a while until we get any resolution. 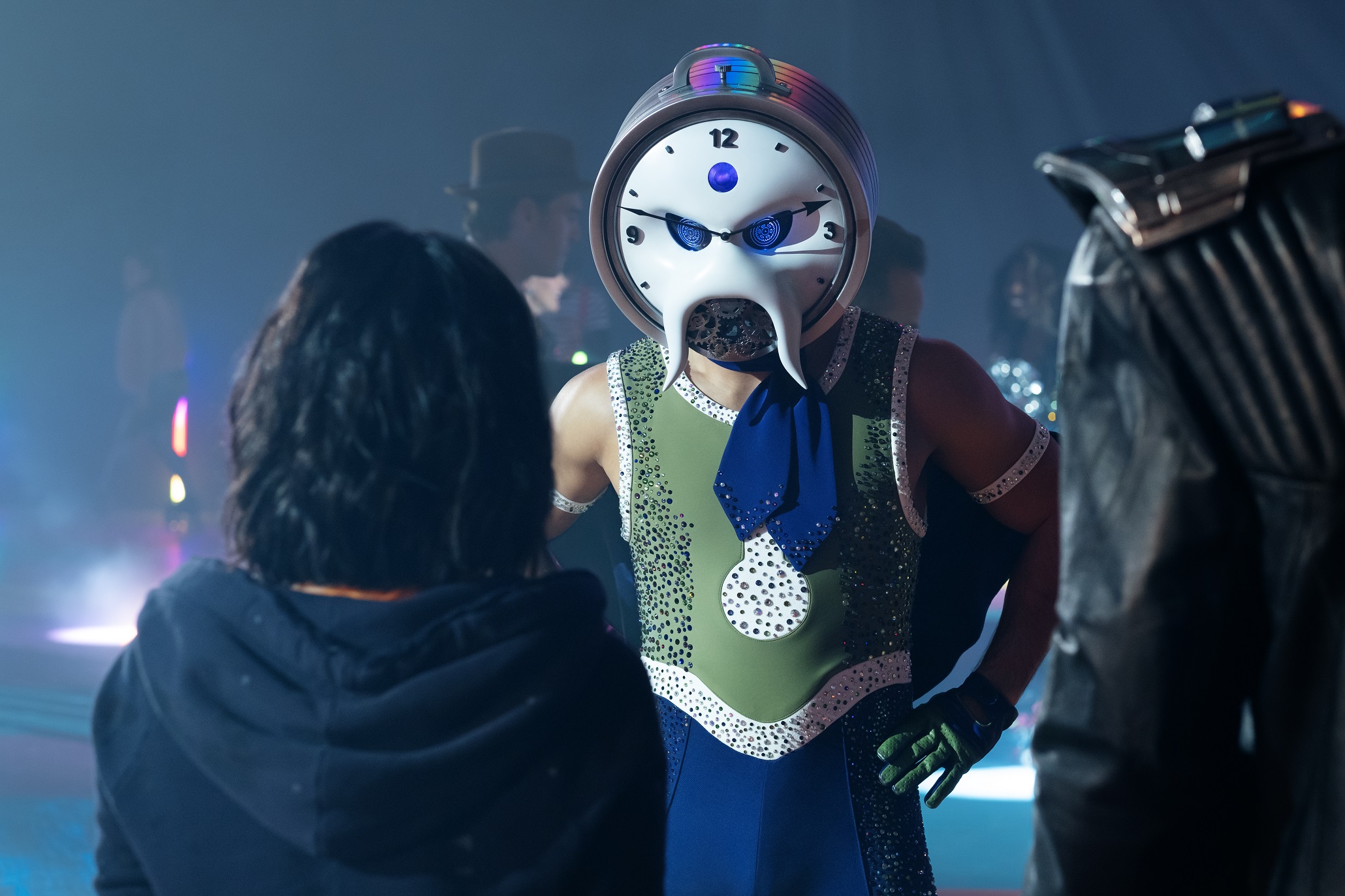 Because of that, the finale feels like a cheap cliffhanger, at best, and incomplete, at worst. I kept wondering how the show would resolve all of those plot points in the span of 40 or so minutes and the answer is “it doesn’t.” That doesn’t invalidate any of the joy I felt watching the episode (especially with Brendan Fraser being his over-the-top self and the nightmare fuel that is the Candlemaker), but it certainly deflates it. I wouldn’t even call it a bad finale because I wouldn’t even call it a finale, period. This is merely the hand that the cast and crew were dealt with and we just have to take it as is.

It’s a shame that the show ends on such a wet fart of an ending because there’s still a lot to love about Season Two. The insanity of each episode feels refreshing compared to how relatively safe most superhero content is nowadays. Don’t give me serious superhero stories that attempt to be a “dark subversion” of their genre. Give me shows where a man kidnaps people from throughout history to be in his roller disco that constantly plays Donna Summers’ “Bad Girls.” That’s the kind of weirdness I look for in comic books and Doom Patrol provides that in spades.

Since the series is now a part of HBO Max, I’m hopeful it can reach a much larger audience than before. HBO Max needs some quality original content and you can’t have much higher quality than Doom Patrol. The Doom Patrol magic is still here if a little bit dimmer than before. Some of that is not the show’s fault obviously, but when it works, we’re still left with nine episodes of pure, ludicrous, joy. 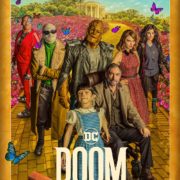 It’s easy to like this one. Some minor gripes here and there, but still fun.
7.9

The Doom Patrol magic is still here if a little bit dimmer than before. Some of that is not the show's fault obviously, but when it works, we're still left with nine episodes of pure, ludicrous, joy.