0
Trust love all the way

It’s an incredibly sad reality to accept that racism is still prevalent in 2019. While we’ve come a long way from the 20th century and things like the “3/5ths Compromise” or “Jim Crow Laws,” this nation still treats minorities with prejudice first. Obviously, this doesn’t apply to every person living in the nation, but those few bad apples tend to be people in positions of power that abuse their authority.

A film like If Beale Street Could Talk, based off the popular novel about racism in 1970’s America, may no longer be new or unique, but it still holds an important place in modern America. For all the progress we’ve made, certain truths about daily life for black Americans are as real now as they were 40 years ago. To see these older stories brought to life before our eyes holds the power to teach certain people about the injustices that minorities have faced and get them to change.

Instead of being solely about racial injustice, though, Beale Street portrays a story of love and how the power of relationships can get people through even the harshest of situations. In this time of turmoil in our nation where people seem to be fighting tooth and nail, there couldn’t be a more important message than that.

Starting off with a slow panning shot of the two leads, If Beale Street Could Talk sets up from the outset that its pacing will be deliberately methodical. You shouldn’t jump into this film expecting things to briskly move along from plot point to plot point. Under the careful direction of Barry Jenkins (famous for Moonlight), each scene establishes a clear presence and motive that makes you understand the mindset of the characters present. Lots of close-ups and slow zooms force you to look at each character as a human instead of a just a character.

After that first scene, we start to understand exactly what this story is about. Two young lovers, Tish (Kiki Layne) and Fonny (Stephen James), are soon to be parents caught in the worst possible situation imaginable. Fonny has been imprisoned under some bogus charge and Tish is left trying to figure out how to save him. While her parents are accepting of the life she is soon to bear, Fonny’s family is all but ready to cast her aside as the devil incarnate.

Speaking solely about the plot, though, misses what makes Beale Street so powerful. It’s a terrible truth that black men in ’70s America were accused of crimes they were never involved in, but we’ve had plenty of movies and books deal with the injustices of police forces or society against minorities since the novel’s 1974 release. Where Beale Streets gets its hook is that, despite shining a lens on these atrocities, the plot focuses more on the hope and love that come from Tish and Fonny.

We’re given some light backstory about when Tish first laid eyes on Fonny and how the two were best friends throughout their whole lives. Neither expected their love to blossom, but life had a funny way of bringing the two together. We see nights out to dinner where Fonny treats Tish like a queen and the awkward first time they make love, which really hammers home how these two are meant for each other. It’s a charming story and one that makes you constantly root for its leads.

What brings this all to life is the absolutely stellar performances from everyone involved. I really do mean it when I say this, but I haven’t seen acting on this level in a long time. If both Kiki Layne and Stephen James don’t go on to bigger roles in the future, I’ll be floored. The two bring the earnest and sweet charm of their characters to life in a way that I could swear is a documentary instead of a drama.

The supporting cast is just as strong, too. I was completely unaware that Regina King (here playing Tish’s mother, Sharon) had won a Golden Globe for her work in Beale Street, but I can absolutely see it. From the loving embrace she gives her husband to the power she exhibits while meeting with Fonny’s attorney, King has truly outdone herself as Sharon. There is a bravado and confidence to each of her scenes that shows she both cares about the subject matter and truly has mastered her craft. 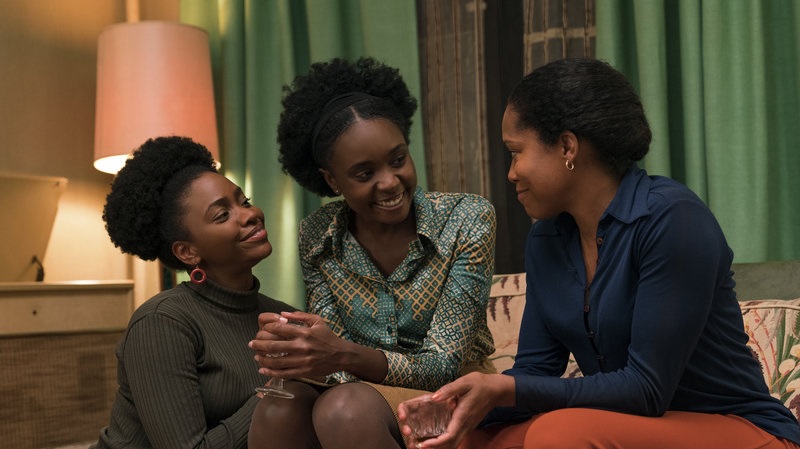 Even the characters that are present for single scenes feel believable. They may be drifters in our understanding of the situation, but no one comes off as out of place or plopped in simply to fill screen time. I have a particular love of the scene with Brian Tyree Henry as Fonny’s friend, Daniel. The way the scene turns from a loving reunion of friends to a discussion about the horrors seen in jail is gut-wrenching.

Still, throughout every moment of the film, Beale Street never forgets that love is the strongest emotion humans can have. As Tish’s mom tells her, “Trust Love all the Way.” While we may not be able to control the forces around us that dictate our lives, we can always embrace the ones we care for and see them through the worst of storms. That power is shown constantly with Tish and Fonny and the ultimate conclusion will leave you with a desire to see them get better.

Where the film doesn’t always work is with its scene transitions. The editing is very tight, but each moment with Fonny and Tish starts off the same way. There are long embraces, slow pans and moments of silence that can drag on. I understand the method behind this madness (show the passion that is burning between each character), but just some variation to these setups could have made each moment feel unique. 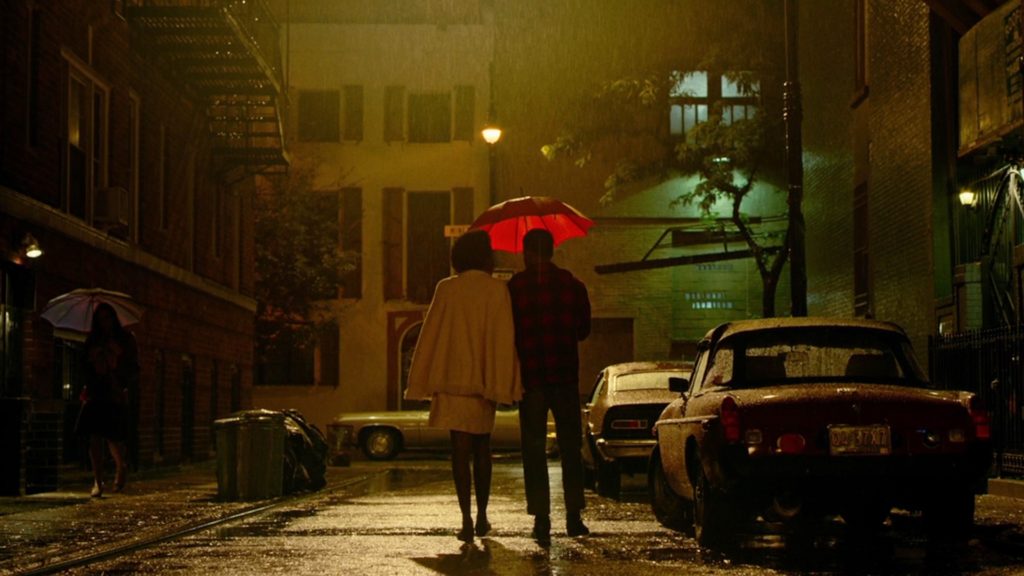 I’m also not exactly sure I understand the importance of plastering up pictures of real people during monologues. The movie will sometimes cut to Tish explaining random things about New York City and black life in the ’70s, but they don’t inform the plot of anything or even add to the development of its leads. I know the film has higher aspirations of being a powerful parable on racial injustice, but it would still have the same effect without these cutaways.

Even with those issues, If Beale Street Could Talk gets by on the sheer power of its performances. It is a film made with exceptional skill and talent. It may no longer be a unique tale, but it is told with such elegance and grace that it is absolutely worth seeing.

Impressive effort with a few noticeable problems holding it back. Won't astound everyone, but is worth your time and cash.
8.5