Do you all know who Shou Tucker is?

For those of you who don’t follow anime, in particular Fullmetal Alchemist, Shou Tucker is regarded as one of the most deplorable anime villains in existence. The man experimented on his own daughter, turning her into an abomination begging for death, all for his egotistical gain. He’s a bastard through and through and such a concept horrified anime fans for generations. Even to this day, you will never find an antagonist or concept quite as despicable in any TV show, let alone an anime.

Made in Abyss: Dawn of the Deep Soul just asked us to hold its beer. OH GOD WHY DID I HOLD ITS BEER???

Last year, Made in Abyss, one of my favorite anime titles of all time, received a two-film adaptation of the original 13 episode first season in order to prepare audiences for Dawn of the Deep Soul. This film was to continue the story that was established back in 2017 and set the stage for the future adventures of Riko (Miyu Tomita), Reg (Mariya Ise), and Nanachi (Shiori Izawa) into the titular Abyss. In this film, the trio arrives in the fifth layer of the Abyss and encounters Bondrewd (Toshiyuki Morikawa), a Cave Raider of ill repute. In order to gain access to the deeper layers of the Abyss, the group not only needs to deal with Bondrewd and his horrifying scientific experiments but get him to willingly allow them to access the deeper layers as the barrier between the fifth and sixth layers can only be opened by him.

If all of that sounded like gibberish, and it very well could be, keep in mind that this movie makes no qualms about being the third entry in an ongoing series. You’ve either seen the first and second movies and are already eager to watch it, or you have no business whatsoever watching it. If you’re even remotely interested in watching a movie about cute anime kids going through ungodly horrific nightmares and ethical travesties, you NEED to watch the first two movies. You could somewhat follow along with what’s going on if you’re an outsider, but you won’t get the full experience.

Immediately upon starting, it’s plain to see that the visuals for this film are a huge step above the previous entries in the series. It’s understandable why, as the former films were just stitched togethered compilations of a show on a TV budget, but Dawn of the Deep Soul puts its best foot forward with a shot of a luscious meadow that outpaces everything that the original series was capable of, complete with plenty of majestic insects flying about. The film sadly never reaches that same burst of spectacle, even in its action scenes which are serviceable and get the job done. Not only that, but the movie is never quite as beautiful as it is in that opening scene. 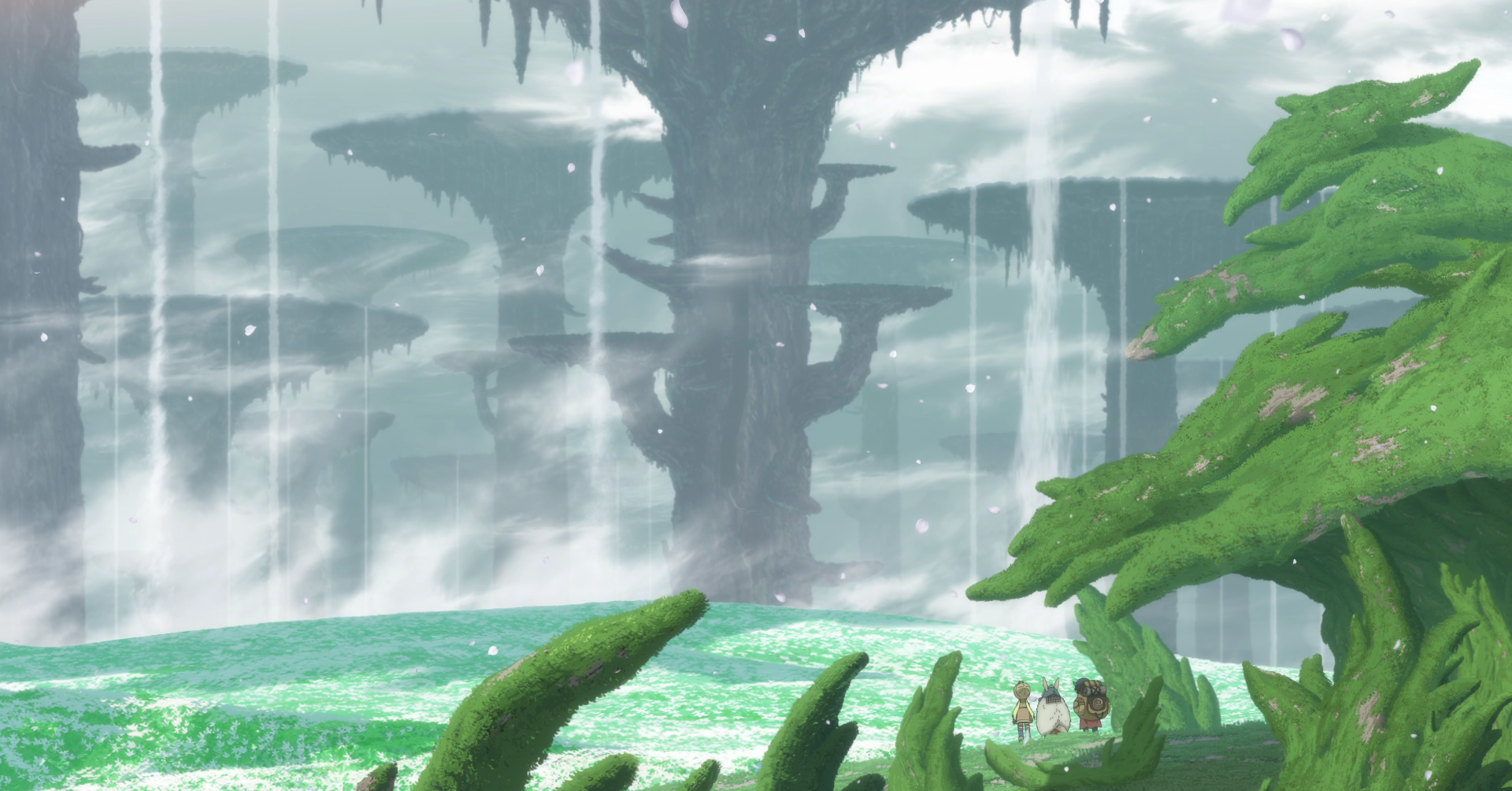 Dawn of the Deep Soul, like the previous films, is less focused on action as it is in developing a world and atmosphere. The Abyss is a wonderful and terrifying place, but while the series and films were able to impart a feeling of grandeur in even the smallest scenes, Dawn of the Deep Soul is again lacking in that department. Most of the locales are set inside of hallways and tunnels in a drab fortress, making scenes feel very indistinct from one another. There are attempts to flesh out the fortress itself, but it takes a backseat to other elements at play. It’s strange that Dawn of the Deep Soul would shelve the strongest aspect of the show, but its reason why is all too apparent once it plays its hand.

Unlike the rest of this series, Dawn of the Deep Soul is less interested in exploring the world and instead in delving into the mind of Bondrewd the Novel, the mad scientist who lies at the heart of the film. Bondrewd, for lack of a better word, is a monster. Exceedingly polite, yet exceedingly cruel, Bondrewd has been built up for years as a horrendous villain and the man certainly lives up to that image. When he first appears, the film goes into slow motion, the audio cuts out, and each character reacts in horror at his presence. We never see his face, but just the sequence of him walking down the hall was enough to unsettle me in a way I don’t want to replicate. And that’s just the tip of the iceberg. His constant atrocities are offset by his claims that he’s acting out of love and kindness, which is just a special kind of sociopathy that we don’t see too often. This is his movie and to say otherwise would be a sleight against him.

Make no mistake, if you wanted to just let a sticky kind of darkness wash over your soul, then I hope you brought a float with you or else you’re probably gonna drown. Child abuse, body horror, death, amputations, desecrated corpses, teeth falling out of people’s mouths, child experimentation, eyeballs popping out of skulls, and tons and tons of blood abound here. Normally I don’t bat much of an eye at this, and I will admit the depths of depravity here aren’t quite as shocking as the previous film, Wandering Twilight, but my God is it still uncomfortable to watch. Context is key, and the context of each of these scenes will stick with me for weeks to come.

Darkness and evil do have a place in narratives if they serve a purpose. It’s not just misery for the sake of misery. It’s to drive home how evil Bondrewd is, but the movie strangely pussyfoots with some of its major beats, at times grinding the film to a complete stop after each horror reveals itself. Oftentimes a terrible revelation will be made, then the movie will stop and give us an extended flashback that lasts for 5 or 10 minutes before returning to the action in the present. It feels at times that Dawn of the Deep Soul is struggling between two different styles of storytelling. Parts of the film would have worked wonderfully as a weekly TV series, while other parts were designed with a theatrical debut in mind and are structured to accommodate it. 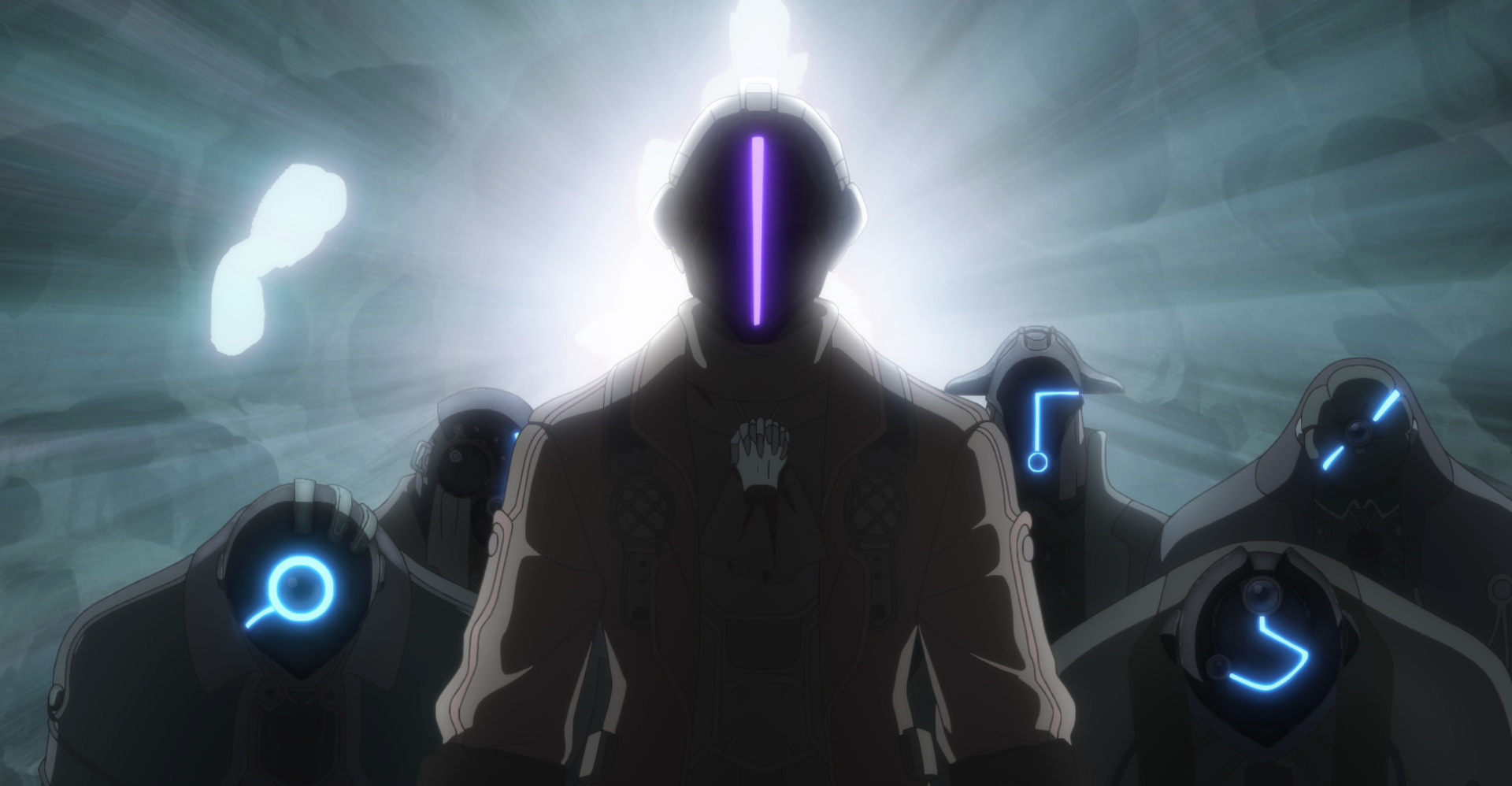 I will admit, the narrative structure of the film isn’t as strong as the other films. I can overlook those flaws because the fan-service that the show delivers in terms of fleshing out characters and giving them a chance to shine really does outweigh any negative I could thrust at the film. No, the action isn’t as good as it could be, the structure is off, and the decision to confine most of the movie to dark, poorly lit hallways instead of flesh out the world was not a great one, even if that’s how things were in the original manga. Despite all of that though, as a fan of Made in Abyss… holy hell was I in love.

This was everything I could have ever wanted out of the continuation of the series and after waiting for three years (I was a good boy and didn’t spoil myself with the manga) my patience was paid off! The series has never looked better! The characters are all wonderful! Bondrewed was just as diabolical as I imagined he would be! Even the emotional moments nearly put tears in my eyes! God this movie was such a fan-pleasing extravaganza! Piecing together the horror happening around me was just such a thrill that I can’t ever replicate again!

As a fan, I couldn’t have been happier, but I’m not just a fan here. When there are major problems that would hamper any other movie, I have to address them, fanaticism be damned. As a film, Made in Abyss: Dawn of the Deep Soul forgot what its strengths were and substituted them with poor structure and poorer world-building. As an experience, I was in love and thought it was a beautiful and poignant continuation of one of the best shows of the 2010s. There’s already a sequel in development, though whether that takes the form of a movie or a TV series is unknown, I know that no matter what it takes shape as I’ll still be there Day 1 to cover it. 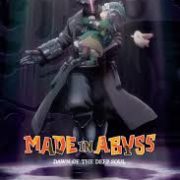