0
A flower blooming in adversity

After what felt like an eternity, Mulan has finally arrived. What was once one of the most anticipated movies of 2020, originally set to release in March, has been delayed time and time again thanks to the coronavirus being all-around awful. It’s a real shame too since this rendition of Mulan looked like it had a lot going for it.

Instead of it being a straight-up remake of the 1998 original, the 2020 version sheds its PG, animated musical veneer and has become a PG-13 war epic. The two films could not be any more different and regardless of which version you ultimately prefer, I can at least respect the risks that Disney and director Niki Caro took in making the film. It’s still a Disney movie at the end of the day, but by the time the credits rolled, I fully believe that this was a remake that deserved to exist, unlike other worse, limp, and soulless remakes that Disney has been known to regurgitate in recent years.

But is it better than the original movie? In my opinion, the answer is a solid yes.

Based on a Chinese ballad, “The Ballad of Mulan,” Mulan centers on Hua Mulan (Liu Yifei), the daughter of a former soldier who displays notable martial arts prowess thanks to her excellent control of chi. When Rouran forces begin to invade, led by the vicious Bori Khan (Jason Lee Scott) and the witch Xian Lang (Gong Li), the Emporer (Jet Li) mandates that each family send one son to fight in his army to oppose the invaders. Because her father is not physically able to fight anymore, Mulan adopts the persona of Hua Jun and secretly takes his place, training to become a mighty warrior to stop the Kouran forces.

Like I mentioned earlier, if you’re looking for a direct translation of the original Disney animated feature, you’re not going to get that here. The movie feels like an amalgamation of nearly all major adaptations of the story, including the 1939, 1964, 2009, and Disney’s 1998 versions. If you’re expecting a musical like the original Disney one, look elsewhere. While several of the original songs are present in the score like ‘Reflections” and even a few hints of “Make a Man Out of You,” no one ever sings or dances in the film. That was then, this is now.

Honestly, that’s not a bad thing. Look, the original will always be there to fulfill your musical needs, but if the remake wants to tell a more mature spin on the story, that’s perfectly fine. This is still a Disney movie at the end of the day, though, so if you’re expecting something darker and more serious along the lines of 1917, you’re not going to get that either. This barely feels like a PG-13 movie. The MCU films feel grittier than this, which is a shame since as far as war films go, Mulan could have benefitted from pushing the envelope a tad. 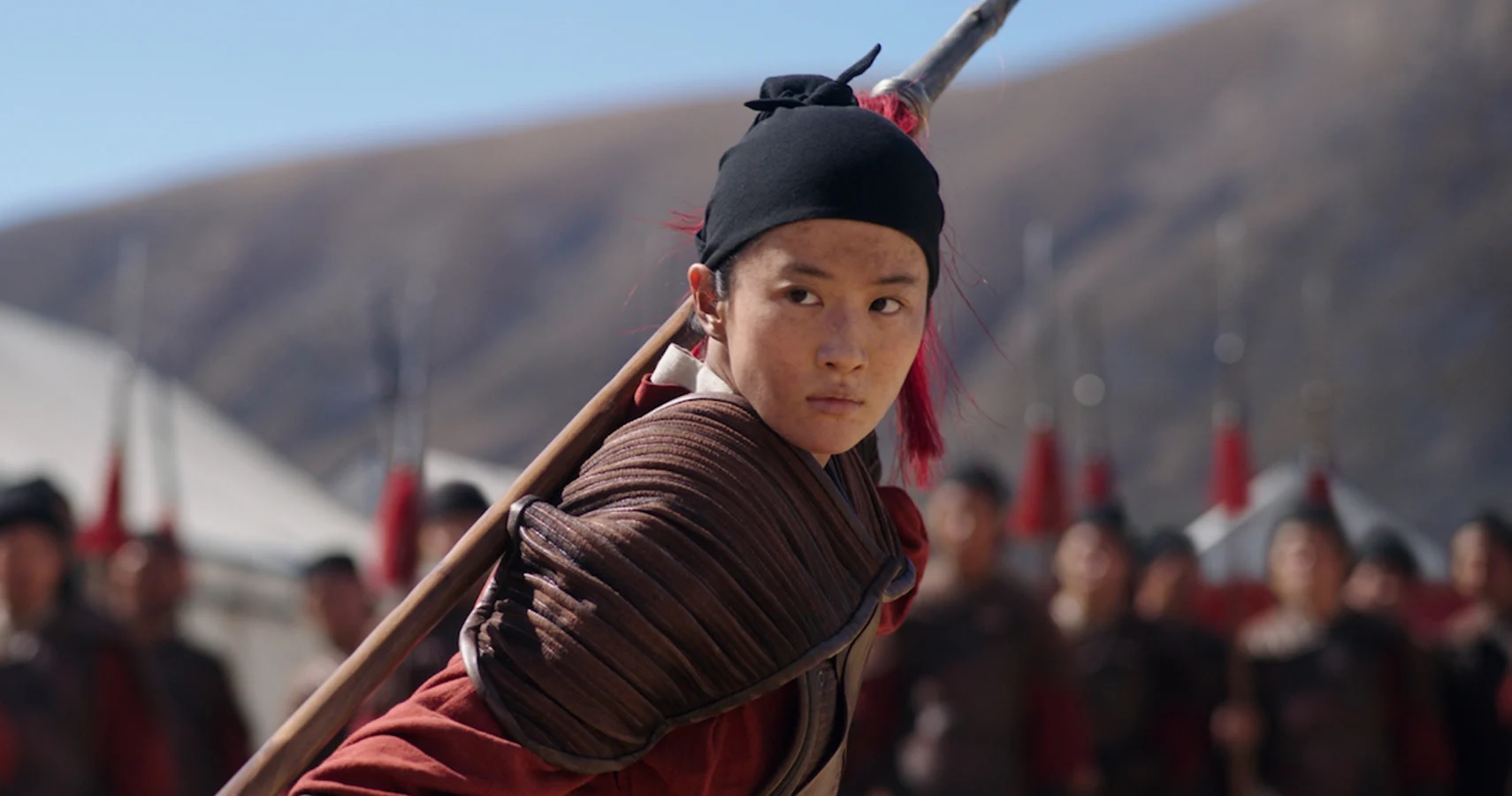 I’m not the expert on wuxia martial arts films around here, but the action overall was fairly enjoyable. While there weren’t any stunts that left me stunned, the wire work, martial arts, and frequent sword fights were a treat. There was a healthy mix of CG involved with some of the fight scenes, most notably where people would catch arrows midair then shoot them back like badasses, but the majority of the fight choreography was grounded and had some solid framing and impact. I can definitely say I was never bored watching any of the action on display.

The cast assembled by Caro and Disney is just incredible. While you have plenty of martial arts stars on hand like the legendary Jet Li, Donnie Yen, and Jason Lee Scott, the film has so much raw talent on hand that it’s insane, while names like Liu Yifei and Gong Li, may not be well known here in the states, both actresses, Li in particular, are powerhouses in China, with Li pretty much being the Chinese equivalent to Meryl Streep. No one turns in a bad performance, though some of the characters are let down by being underdeveloped.

Mulan’s fellow soldiers don’t get a lot of development outside of Chen Honghui (Yoson An), who takes on some of the development of Li Shang. Neither do most of the villains. Bori Khan is fairly one-note, focused solely on revenge, and hints at potential infighting in his army never seem to go anywhere.

As for Xian Lang, the movie positions her as being a dark parallel to Mulan. She’s a woman who’s adeptness with chi made her a social outcast and a monster, while Mulan is embraced by her peers despite their lack of awareness at her real gender. The dark reflection aspect could have been explored in a meaningful way, but the two spend only a handful of scenes with each other, limiting the development we could have gotten. It’s a shame that Lang wasn’t as she could have been, since she brought a more mystical element to the proceedings that elevated the action scenes she was in. 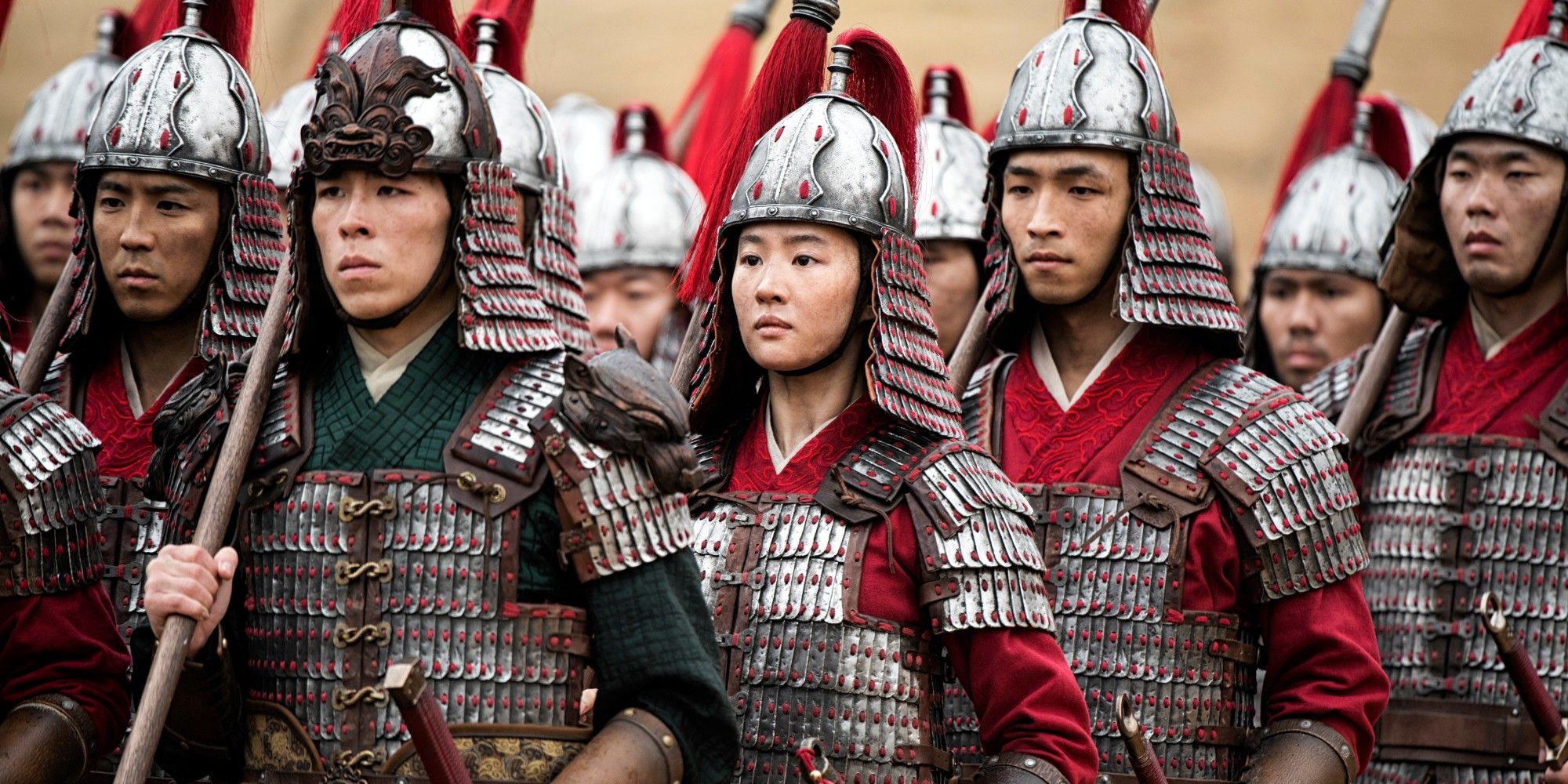 Still, those complaints feel like nitpicks when the vast majority of the film is so well put together. The cinematography is wonderful as there are many wide shots of landscape that really sell the beauty of China. One of the central themes of the film, that of honesty both internal and external, is immaculately crafted as Mulan struggles not only with being true to herself, but to her peers. Her sword is marked with three sacred virtues that all of the soldiers try to live by: honor, bravery, and truth. While she has no problem being honorable and brave in the face of evil, is she being true when she actively chooses to live a lie? It’s complicated questions like these that really elevate the remake.

But for as much as I’ve praised the movie, there is an elephant in the room that needs to be addressed: the price. Like it or not, Disney will be releasing this movie in America exclusively on Disney+ because America has kind of done a bad job at the whole containing plague thing. On top of it being a Disney+ exclusive, the movie will be locked behind a $30 paywall that will grant you access to the movie for three months before it becomes free in December. If you, for some reason, deactivate Disney+ before then, you’ll lose access to the movie.

I’ve made no qualms about being critical of the Disney corporation and their practices, and this is no exception. Let me just say that I have no problem giving Mulan a recommendation. I think it’s a solid war film that will leave most audiences satisfied and is a worthy watch. The question now becomes is it worth seeing now for $30 or later for free? Personally, if you’re seeing this with friends I think it’s a safe bet, but if you’re seeing it by yourself or with one other person I’m going to have to say no. It’s good, but not so good that you need to spend a frankly ridiculous amount to see it.

It’s understandable to a degree that Disney would charge so much on a movie whose budget is over $200 million, but once you factor in that the movie will be released in theaters around the world, most notably in China, and it will make an obscene amount of money there over the next several months, I personally don’t see any reason to rush out and spend money to be allowed to view it early when it will just be streamable for free around the holiday. Plus it sets a dangerous precedent that Disney may attempt this again despite them claiming that they won’t. I think it’s totally doable to wait until December to see Mulan for free on Disney+.

Business practices aside, Mulan was a movie that was easily worth the wait and stands as probably one of the best action movies of the year. That may be a low bar to overcome, but even if this released last year alongside several other action classics like John Wick Chapter 3: Parabellum, I think that Mulan would still stand as one of the better offerings. It’s wonderfully shot, performed admirably in both quieter moments and fierce fight scenes, and has an excellent score on par with the original movie. While it isn’t an immediately necessary watch, it’s definitely a worthwhile one. 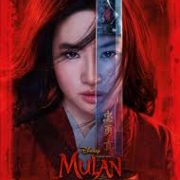 Definitely check this one out. It is highly recommended.
8.1

Business practices aside, Mulan was a movie that was easily worth the wait and stands as probably one of the best action movies of the year.