It’s been eleven years since we had an Ocean’s franchise film. But consider this, we went 41 years before 2001’s Ocean’s 11 remade the original Rat Pack film. Maybe we should have waited another 30?

You remember Ocean’s 11, right? You know, back in 2001, they made a “heist” movie about a bunch of movie stars all coming together to steal shit and get rich quick. It’s an easy sell. Especially with some dreamboats in the cast like George Clooney and Brad Pitt.

Where were we? Oh right, an all-star cast is going to steal shit! Let’s skip over the recap of Ocean’s 12 and Ocean’s 13. All you need to know is that Sandra Bullock plays Debbie Ocean, Danny Ocean’s (Clooney) sister, and she’s just as criminally-inclined as he ever was.

Mirroring the opening to Ocean’s 11, Oceans’ 8 begins with Ocean getting out of prison. With $45 dollars in her pocket, she can “go anywhere and do anything,” including, presumably walking from whatever prison she found herself incarcerated in all the way to New York City. There, she quickly sets up shop by pulling small cons to steal clothing and toiletries and talks herself into a paid luxury hotel room. 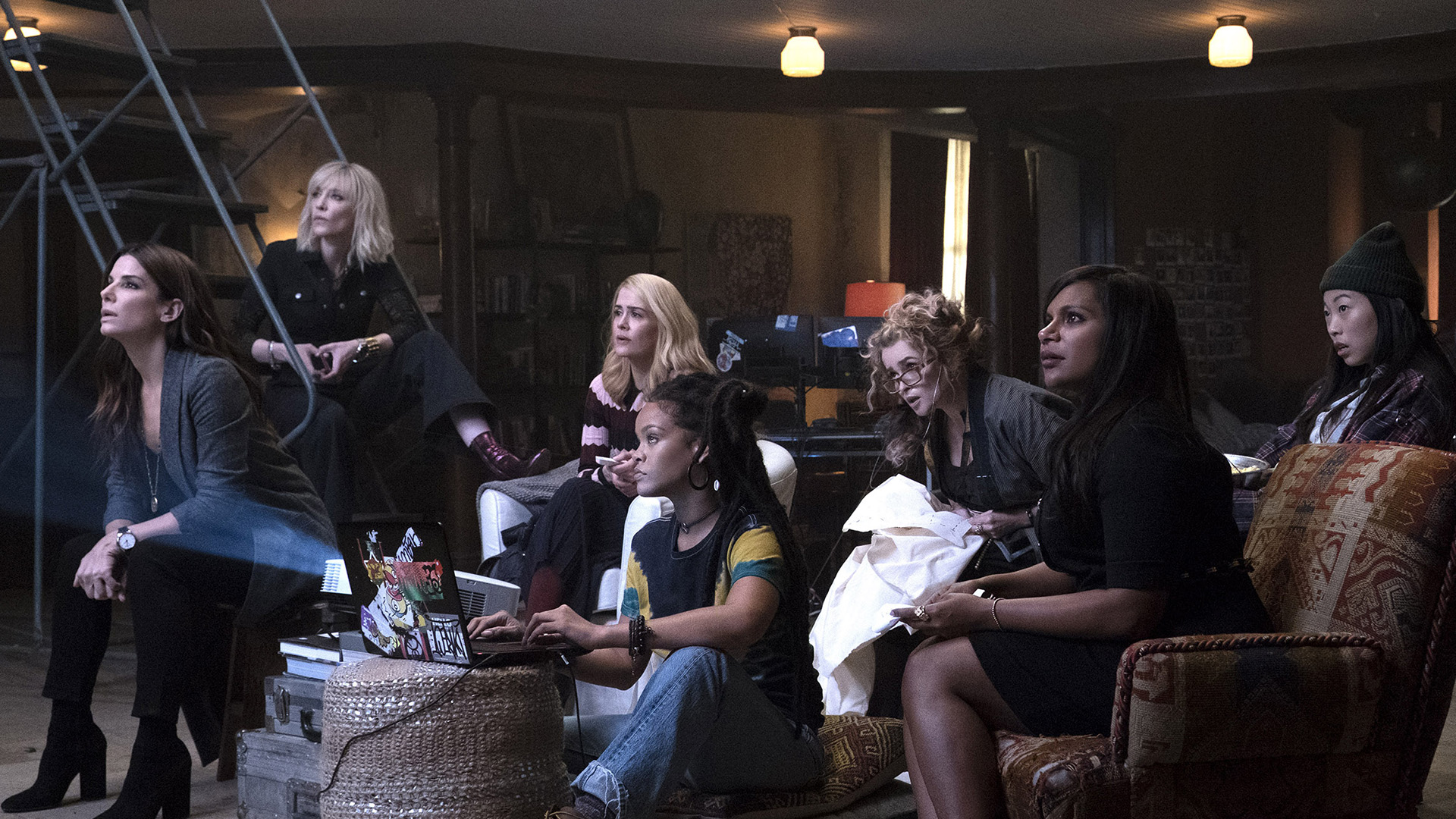 Ocean begins to pull together a team of miscreants to do the job she spent the last 5+ years in prison thinking about: a jewelry heist.

There’s Debbie’s PIC Lou (Cate Blanchett); Nine Ball, a hacker (Rihanna); Tammy, an extreme couponer—I’m guessing (Sarah Paulson); Amita, a DIY jewelry maker and Etsy-shop proprietor (Mindy Khaling); Rose Weil, a fashion designer (Helen Bonham Carter); and Constance, a pickpocket (Awkwafina). The real question though, who’s their ‘guy’ to build a miniature, to-scale model of the Met? They never introduce that member of the crew—“Team, this is Model Builder. If you need a tiny version of something, they can build it.”

Gone are the clever nicknames like greaser, or thin man, or whatever they called the various cons in the original Ocean’s film. In their place are a lot of allusions to how amazing big shiny rocks are. 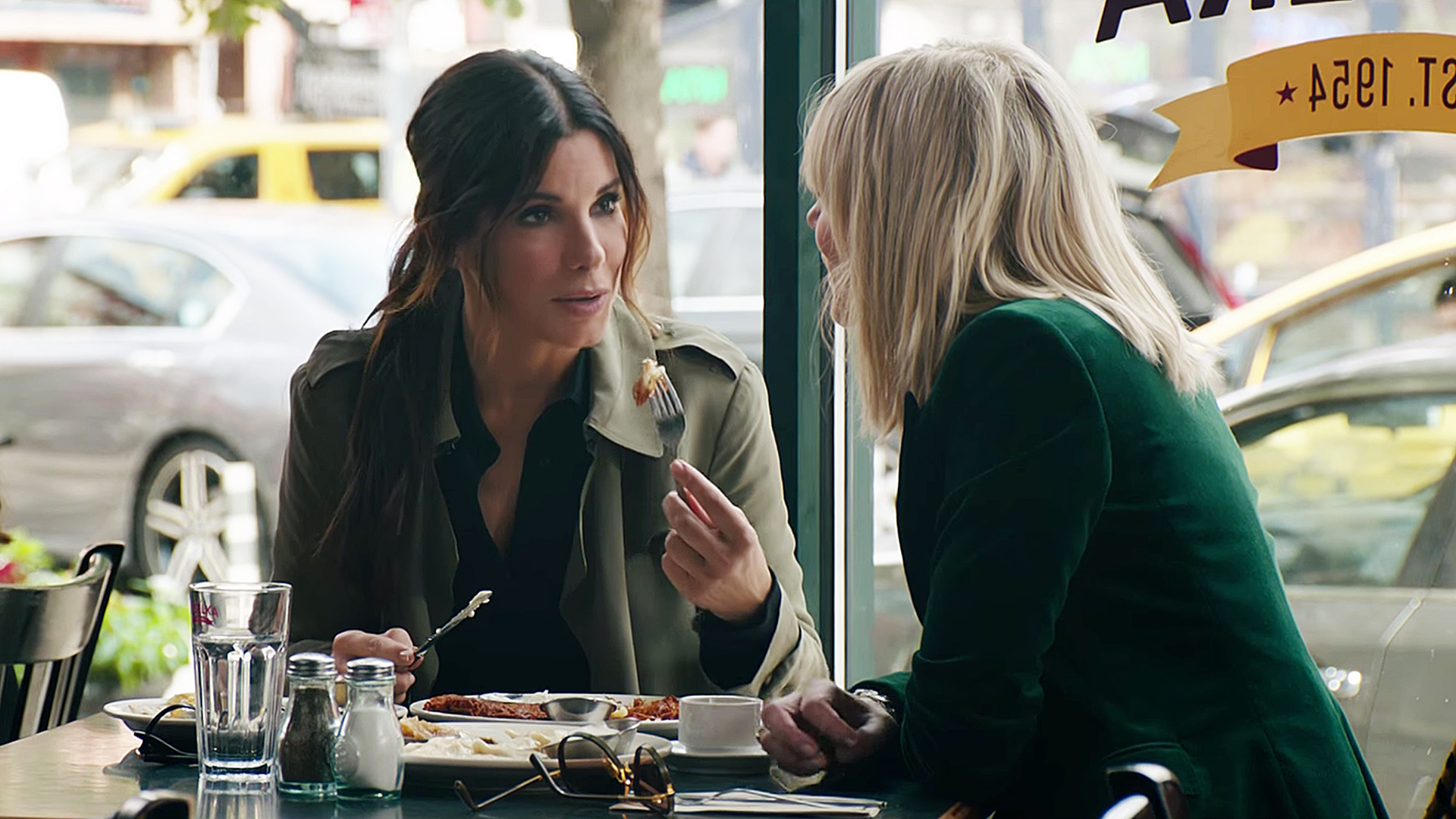 It made me wonder if making the female ensemble equivalent to the Ocean’s films focus stealing jewelry is sexist. Debbie Ocean does allude to the fact that she considered stealing cash, but wrote it off for some extraneous reason that may or may not make sense. So, is it sexist to pull together a female super team to steal jewelry from a fancy party, or is it incredibly smart because gemstones are so highly portable? You be the judge.

If nothing else, the concept of stealing from Cartier and The Met allows for a different angle and different shenanigans to transpire. Conversely, by eliminating casinos and mob elements from the plot, there is literally no plot-based tension as the stakes seem very low. Even after the heist takes place, there’s no pursuit from law enforcement, only from an overly polite insurance fraud investigator whose charming accent steals the show. Sandra Bullock does some wonderful German, and several people try their hand at 3rd grade French, but goddamn does John Frazier (James Corden), Insurance Investigator, sweep me off my feet every time he opens his mouth. 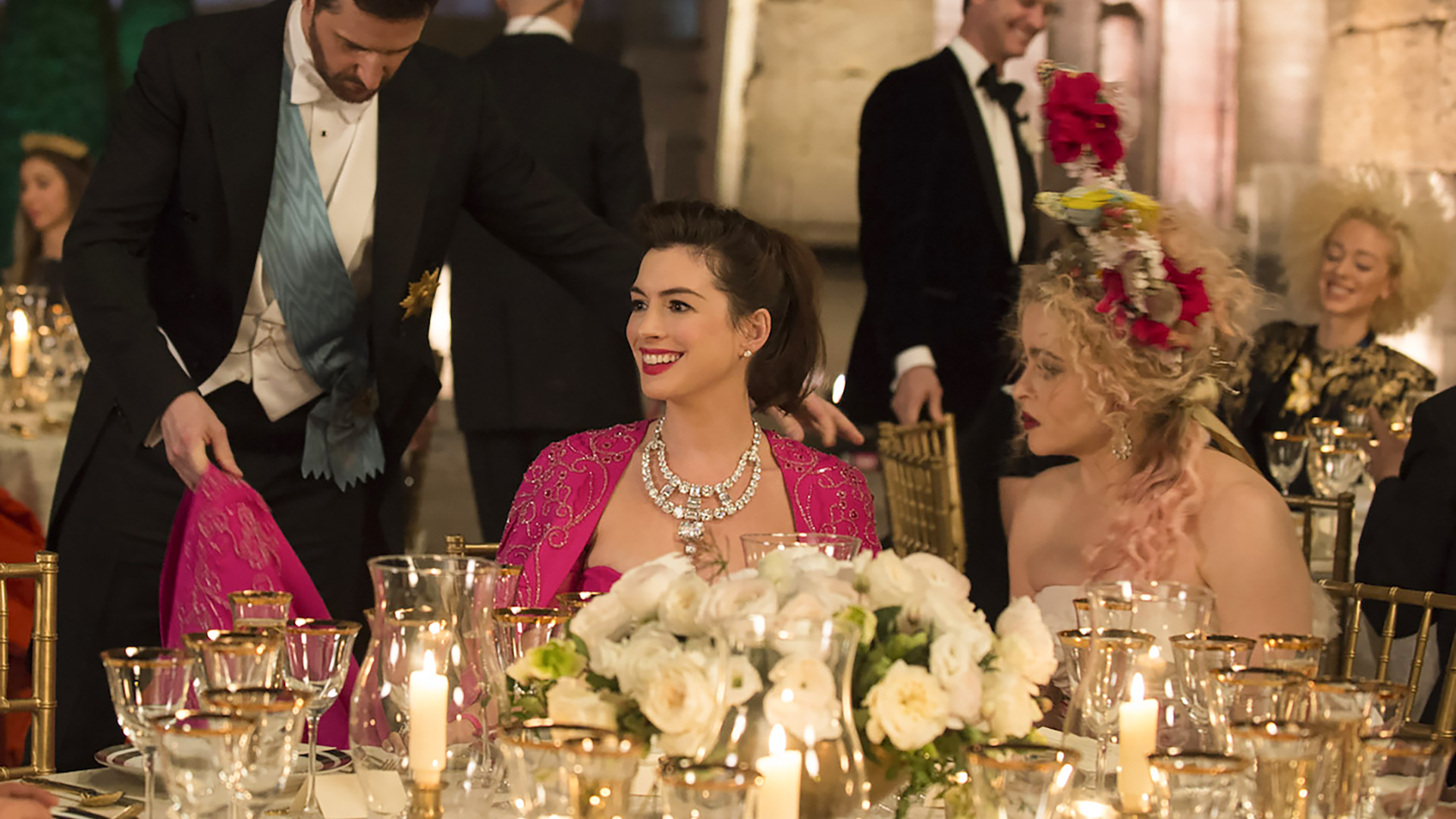 As far as summer blockbusters go, this doesn’t feel like one. Yes, Bullock, Blanchett, Rihanna, Khaling, Carter and Anne Hathaway are all here. But … where are the gunfights, car chases, explosions or capes? Mostly, these things have never been a part of the Oceans’ franchise, but without that sense of danger that our girls might have bad things happen to them for trying to steal $150 million worth of jewelry the plot can drag.

There are scenes where the gang chats. There are scenes where the gang talks. They browse Facebook. They admire lipstick. They apply lipstick. They interrupt museum board meetings with security consultants, complete and resplendent with dialog straight from an actual corporate meeting like this. Accuracy is never good when pulling this into a movie.

It’s mildly clever, but I don’t think anyone expected anything other than a successful heist as the outcome of this movie. It’s a feel-good movie, after all, one where people with proportionately minor moral compasses steal from the rich and enrich … well, themselves. But what about the comedic talent that should be present with this all-star cast? Here and there, we get a laugh, like when Khaling’s Amita is learning how to use Tinder from Awkwafina’s Constance. Amita swipes right and matches a man. “What happens now,” she asks, and Constance replies, “You can use the eggplant emoji.” This was, predictably, the only point at which I laughed out loud. 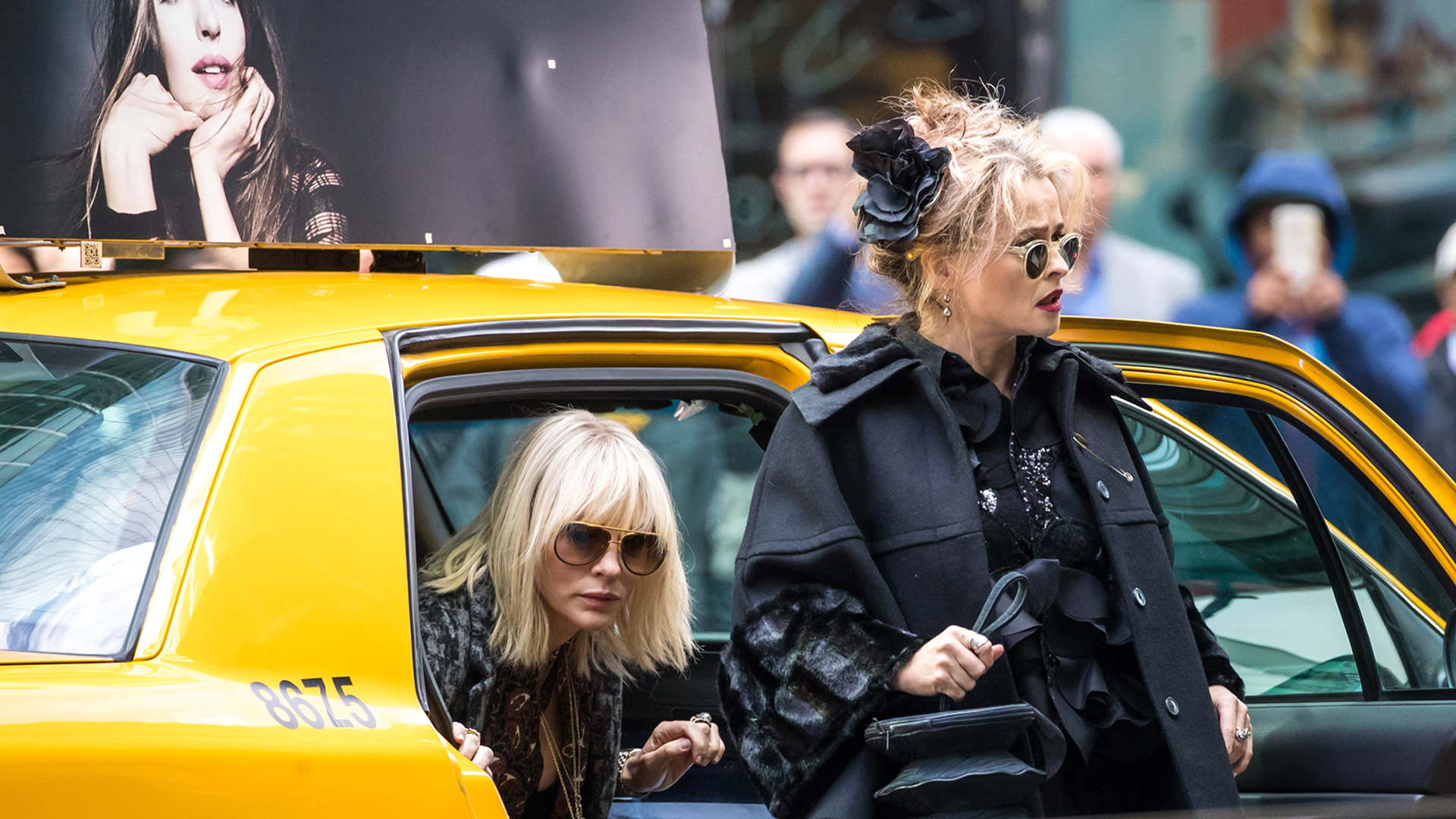 Helen Bonham Carter was pretty amazing, continuing to display a versatility that must make most other actors and actresses just get jealous-rage whenever she does anything. And she does it all while always bringing these incredibly odd characters to life. She was fun to watch, too.

If I were you, I’d probably watch LeBron get swept tonight on ABC ahead of seeing Ocean’s 8: it’s about the same amount of predictability and quality of acting: have you seen the flopping? Those NBA dudes are going to give “real actors” a run for their money soon.