It seems every day that we’re becoming increasingly attached to technology, your smartphone practically attached to your hip, or the 2020 pandemic forcing us to communicate via digital means. There’s still a line between the silicon and skin though, but how long before we start to see that line blurred? It, of course, already has been with the likes of prosthetics and other such innovations, but it’s the merging of one person into another that Brandon Cronenberg’s Possessor ruminates on, and the brutal psychological (and physical) ramifications of such an undertaking.

Possessor’s future is one in which technology has made it possible for one to inhabit another body, needles piercing skin in a gruesome, analog affair. Vasya (Andrea Riseborough) is at the forefront of this covert technology, working for a clandestine assassination organization that sees her “possessing” targets to use as pawns for high-profile hits. Plug in, kill with the hands of another, and get out. “Clean.”

Complications arise during a lucrative contract to take out a data-mining mogul, with Vasya’s constant body-swapping wearing down her own concept of self. Possessing the mogul’s future son-in-law, Colin (Christopher Abbott), things get bloody, brutal, and spiral far out of control. 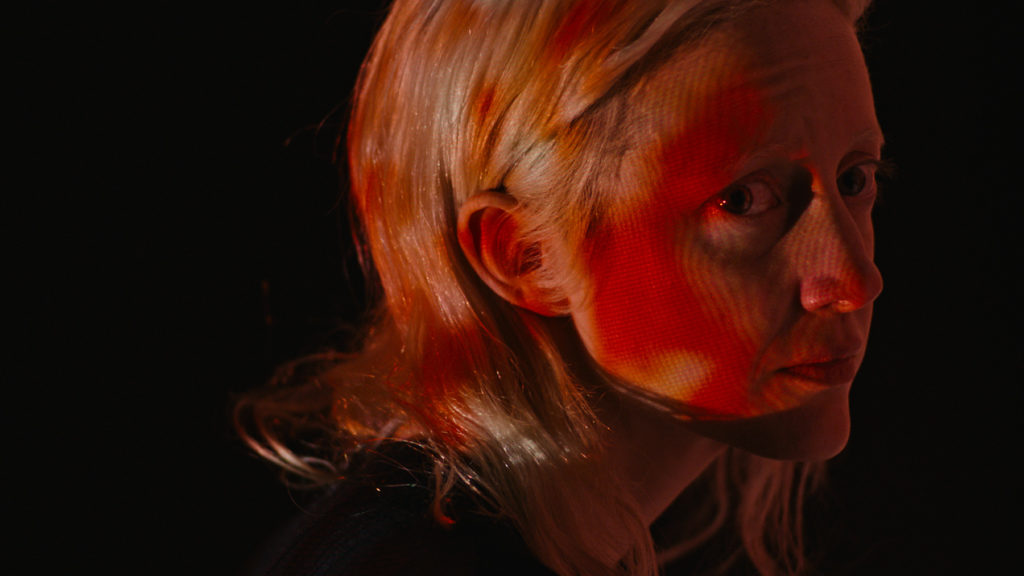 For as much as Possessor’s plot relies on the speculative concept of body-swapping, we don’t get much of a rundown. Why waste time with details? At just over 100 minutes, Possessor feels lean despite its surreal visuals and often quiet, controlled sense of menace. Cronenberg’s brand of science-fiction is immersive and visceral, yet owes much to tradition.

The term “cyberpunk” is perhaps now more than ever on the lips of any pop cultural enthusiast, with the season’s biggest upcoming video game absorbing the entire genre for its title. Possessor, its coding of the human brain and tech-meets-flesh world of corporate espionage fits very much into the cyberpunk canon, Vasya’s increasing desensitization and disassociation from herself, per the invasion of this technology, a classic story of pushing buttons we as a species aren’t meant to push.

Andrea Riseborough, then, has a lot riding on her shoulders as the body-swapping corporate killer Vasya, and totally nails it. Losing her grip on her true self with each possession, Vasya is reduced to performing even in her own life, rehearsing lines before returning to her husband and child, identifying personal objects after each swap just to make sure she’s still “there.” Riseborough toes the line of detachment terrifically, giving Vasya a sense of sociopathic tendencies under a functioning facade.

Equally impressive is Christopher Abbott’s Colin, who we see mostly while under Vasya’s possession. Vasya/Colin exhibits the sort of off-kilter absentmindedness of someone who’ a stranger in their own skin—literally. Abbott embodies the strengths of Vasya’s performance perfectly, while descending into a sweating, murdering amnesiac in times when the link between the two becomes muddled. 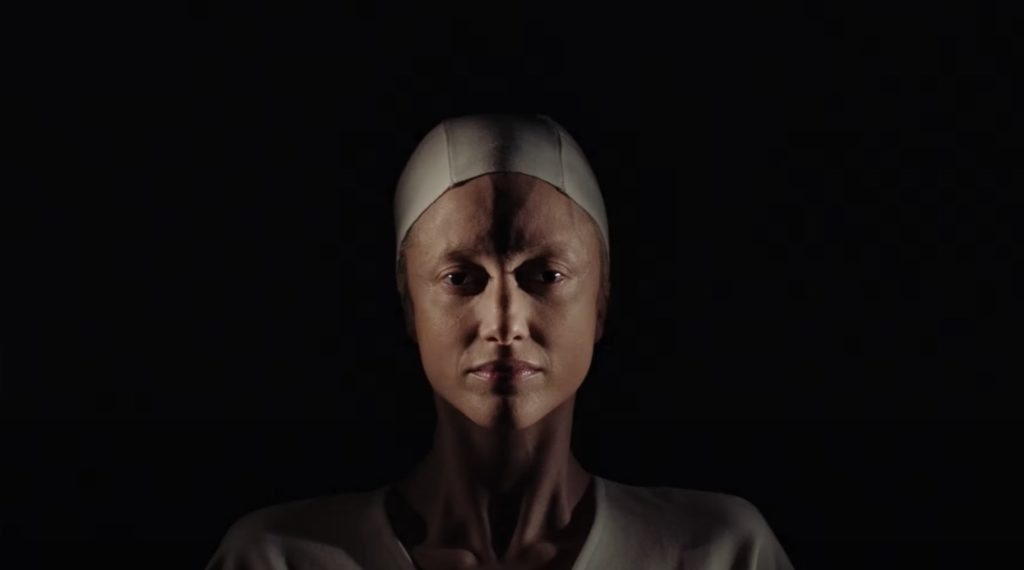 Even smaller parts in Possessor were memorable, from the great Sean Bean’s smug, grossly-wealthy data-mining titan (“I’m bored… because you’re all so… flawless,” he chides at a luxurious dinner party) to Rhaol Bhaneja’s bit part as Eddie, Colin’s weaselly, glib co-worker. Jennifer Jason Leigh is also excellent as Vasya’s primary handler in issuing contracts and overseeing the successful elimination of targets, “according to corporate.”

Possessor’s world is dotted with people of interest whom we only get to know momentarily, truly submerged in the thick of someone’s life with little context, the way Vasya is made to adapt to Colin’s routine leading up to the planned hit. It’s a visceral experience, embellished with fuzzy camera focus and harsh lighting, tracking and swaying cameras that glide along walls, keeping us in a degree of suspense. Cronenberg’s previous film, Antiviral, satirizes celebrity culture in an oppressively-stark, sterilized style despite its uncomfortable, fleshy body-horror. Here Cronenberg allows a little more kinetic energy, and it makes Possessor play as both social study, tech-nightmare, and bloody thriller. And boy, is it bloody. 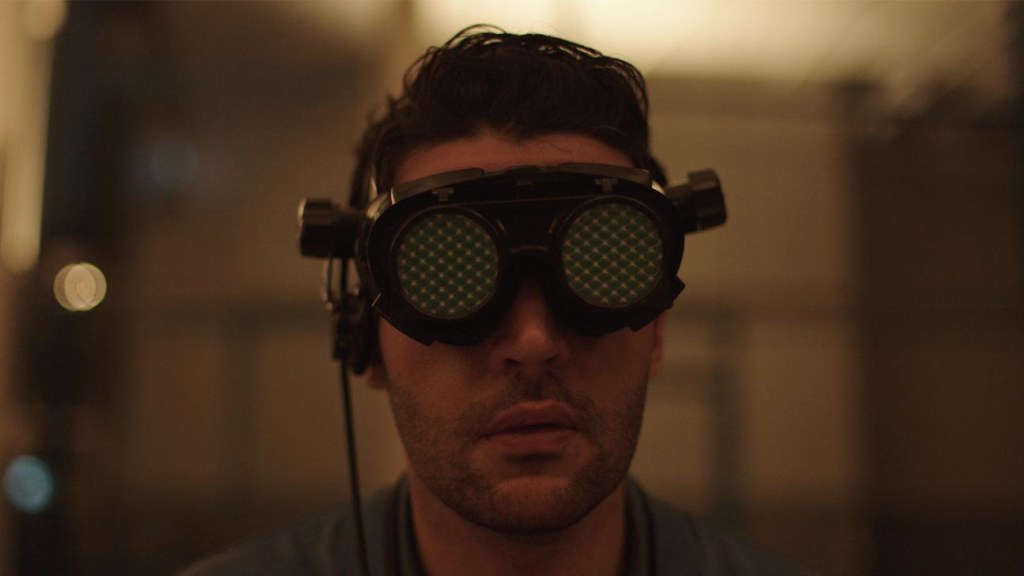 To call Possessor violent would be an understatement. Taking cues from his famous father, Brandon Cronenberg can revel—perhaps too much—in the close-up piercing of flesh, pooling of blood, and so forth. Often this kind of exploitation is justified as “intentionally desensitizing,” allowing the viewer to secretly enjoy the carnage while understanding that there is, in fact, a point to all the pointy objects. Indeed, Vasya’s fragmented psyche after what we can presume have been years of body-swapping contract hits is home to the coldest of cold-blooded killers; elaborated upon by Riseborough’s performance, she’s someone who’s become ethereal, almost, inhabiting her own life as an actor. Leaving what, exactly, beneath the skin?

However relevant the violence may be to Possessor‘s ultimate goal in its story, I’d be remiss to not say that at times it did feel slightly too gory. All it takes are a few extra frames of flesh-mangling and blood-spurting to go from “tastefully extreme” to “chunkily schlocky,” which I admit Possessor felt to do at times. Hardly a dealbreaker, but as Cronenberg develops into his own as a filmmaker I’d love to see less of a reliance on the ‘ol blood ‘n guts standbys of his adopted genre. As the son of the legendary body horror master David Cronenberg, Brandon lives with the expectation of delivering something akin to his father’s masterful work in terror and viscera. Though the elder Cronenberg’s films were of course more than simple gore, with Possessor Brandon Cronenberg seems to be on the cusp of developing beyond genre confines, if he can reel in the violence.

The best science-fiction, in my mind, exacerbates threads of our current lives to speculative extremes. While scoping out her target, Vasya–as Colin–goes about her host’s workday at Zoothroo, a leading figure in collecting user data and headed by black-clad CEO John Parse; the prey to Vasya’s predator. At work, Colin peers through a set of cyberpunkian goggles, apparently snooping through webcams to survey the interior decorating tastes of those unsuspecting consumers. It’s how they make those Internet ads so darn accurate. Possessor points us directly towards the very-real world of privacy invasion, with corporations pooling us everyday for data for the greasing of economic wheels. That invasion, already happening, is taken to the extreme with Possessor‘s far-flung neuro-tech that sees Vasya literally invading others’ bodies. Again, good sci-fi has a foot in the door of reality and a head in the clouds of speculation. 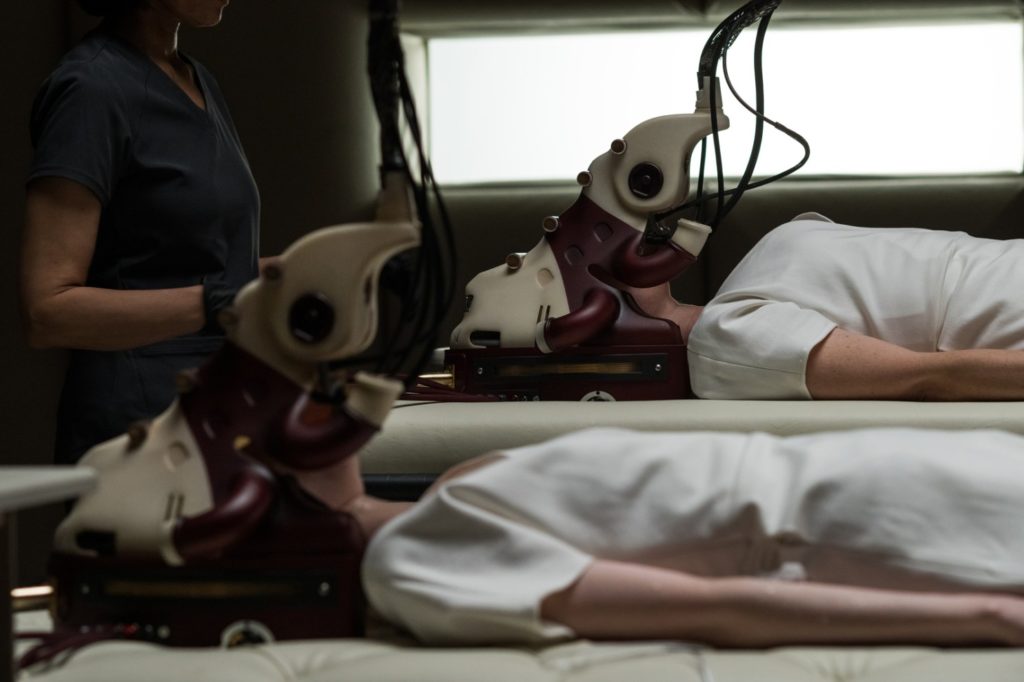 All of this to say that yes, Possessor (released by distributor NEON as “Possessor Uncut,” perhaps as scintillating marketing of its own) is “good sci-fi.” Not only that, it’s great sci-fi, prodding violently at the loneliness we face in an ever-sleekening, corporate-owned and technology-run world. It plays to its bloody bits too strongly, perhaps, but makes a case for the carnage. Furthermore it transcends any expectations one brings to “a film by David Cronenberg’s son” in updating the realms of body horror and cyberpunk with a recognizable world tinged with only-slightly unrecognizable technology. We may not be swapping bodies willy-nilly in 2020, but is it easy to deny that we’re often spread bare for the plugged-in world to see? I don’t know, let me ask Twitter. 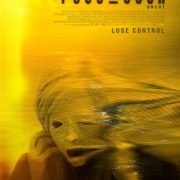 Possessor marks a thought-provoking, gruesome sci-fi evolution of director Brandon Cronenberg's craft, with its stylization in the realm of gutsy body horror and its narrative looking to the corporate sci-fi of cyberpunk. Enriched by a terrific cast, Possessor is likely the best sci-fi we're going to see this year.