When AMC announced that they were going to be working with Seth Rogen and Sam Catlin to adapt the beloved 90’s comic Preacher a lot of people started wondering whether or not the cable network could pull it off. Fan fears were rightfully warranted as the comic has heaps of Garth Ennis’ almost trademarked line-pushing content that would probably do better on one of the premium channels, but to say that Preacher was only about the vulgar and offensive undermines the best part of the comic, the characters.

Through all the bloodshed, cursing, and blasphemy the characters of Preacher are what shine through, a misfit band of morally gray characters on a mission to find God. It’s in these characters that AMC, Rogan, and Catlin have placed their trust to faithfully tell the story of the comic while still telling their take on it. The first season was all about setting up the major characters and setting them in motion, the second season uses those established characters to tell some genuinely great stories where humans, holy figures, shadowy cabals, and a drug-addicted Irish vampire all become entangled in a search for a missing God. 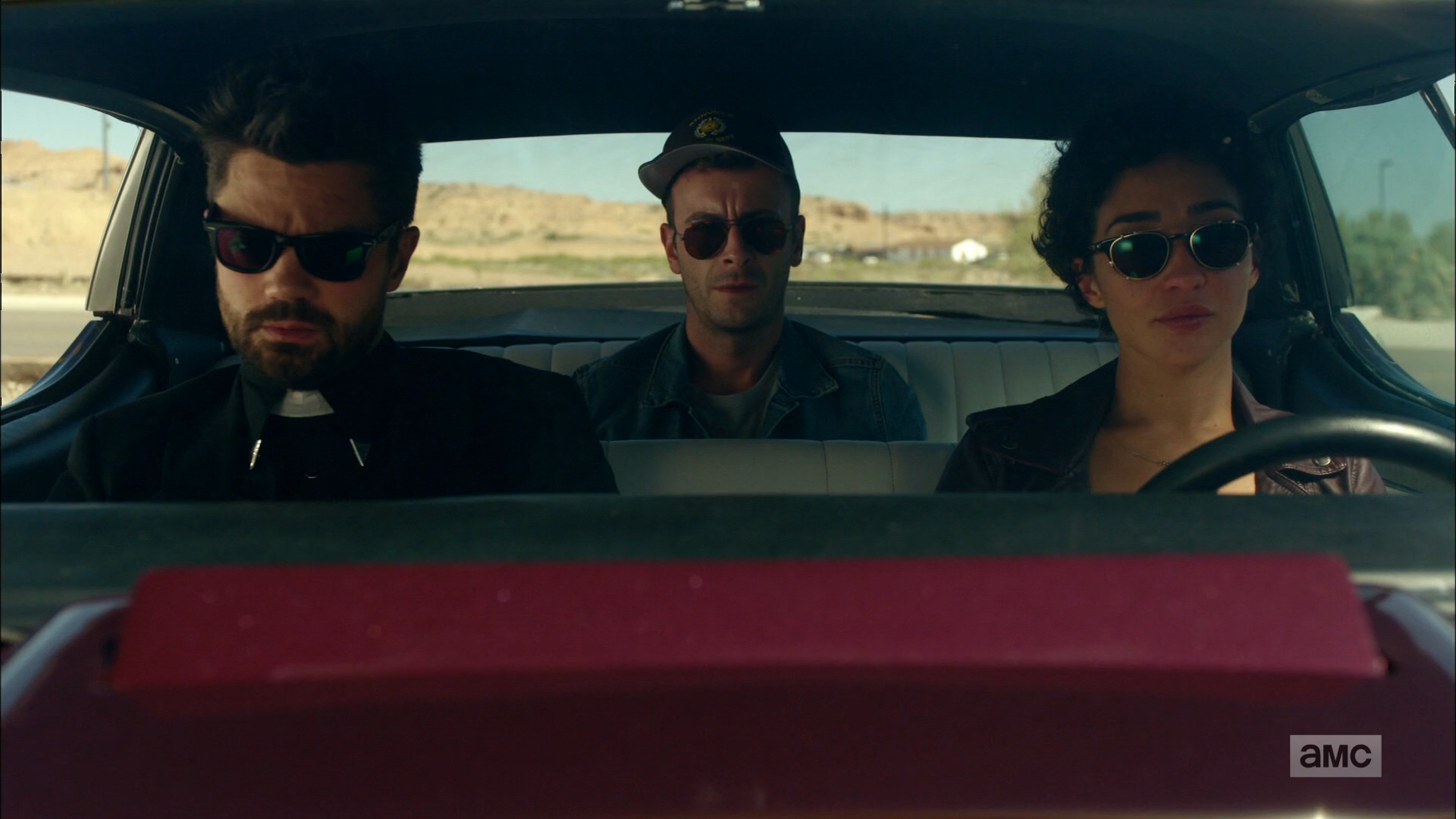 When we last left Jesse (Dominic Cooper), Tulip (Ruth Negga), and Cassidy (Joe Gilgun) they were driving away from the ruins of Annville as The Rolling Stones “Let It Bleed” played over the radio. The lyrics “well, we all need someone we can lean on. And if you want it, you can lean on me” setting the stage for what’s to come in the rest of the series. The opening of season two brings us right back to the car in the middle of what we can only assume is another in a long string of conspiratorial rants from Cassidy, this time about the harvesting of baby foreskins. Tulip and Jesse entertain his notions while still standing their ground and manage to get into a car chase along the way. The situation quickly devolves with every cop dead at the hands of the Saint of all Killers and from that point you realize that all the action that was absent from the first season is going to be repaid tenfold thanks to the Saints inclusion.

That’s not to say that it is all action and bloodshed for the second season. They definitely front load you with the first assault of the Saint and then let your heart rate come down a bit by parking the characters in the heart of Dixieland where the true search for God begins. While searching for God in the bars, jazz clubs, and voodoo shops of New Orleans there is a massive amount of interrelationship character growth. The bonds of the three main characters are pushed to the brink thanks to the looming danger of the Saint on top of the frustration of struggling to find God, an almost unbelievable task for some of the group. While staying in New Orleans the crew crash at an old friend of Cassidy’s which brings a surprising amount of humanity to his character which up to this point was pretty much nothing but blood and laughs.

Elsewhere the true antagonist of the entire series starts to take notice of Jesse and because of that we finally get to see who I consider to be the best addition to the series so far, Herr Starr. A man of unending resolve that will do anything to gain power even when he sits at the head of the most powerful organization in the world. Pip Torrens portrays Herr Starr to near perfection for what I envisioned the character to be when the series was announced. He’s menacing, cold, calculating, and most of all darkly hilarious. There is a line about perceived miracles in his intro episodes that had my girlfriend and I howling with laughter. 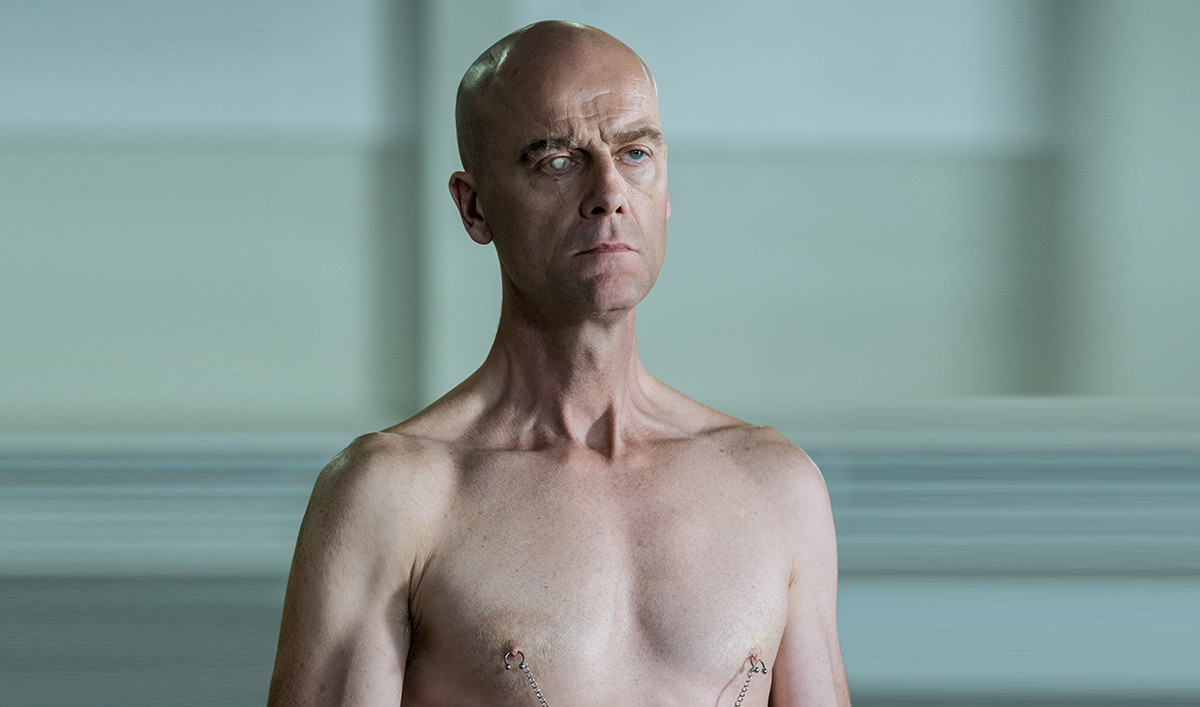 With seemingly infinite money, reach and force Herr Starr and his organization begins to close in around Jesse, but Jesse is not the type of character you can just strong-arm into doing what you want, you need to truly break and manipulate him. Here is where all the character development comes into play with the second half of the season being a tug of war between Herr Star and Tulip and Cassidy over Jesse. Which is more important to Jesse? A promise made to his dying father or the loyalty of those that surround him now? This is the type of storytelling that can’t be told in a two and a half hour action movie. It’s one that needs the nurturing and incubation of a long-form television show to make the decisions that the characters make that much more impactful.

The second season also deals with the loose end of Eugene a.k.a. Arseface (played by Ian Coletti) being thrown into Hell by a frustrated Jesse. I gotta say, I was raised religiously and never in my wildest imagination did I foresee this vision of Hell. In this Hell, you are forced to relive your worst memory over and over for all eternity. Hell itself is a bleak prison that uses dark lighting and brutalist architecture to convey the unending doom that would permeate this type of place. Stand-up comedian Amy Hill plays the warden of Hell to great effect by coming off as a hard-ass leader in a place where the worst of all humanity calls home. Her subjects include among others, a baby killing housewife, a murderous caveman, and Adolf Hitler himself. 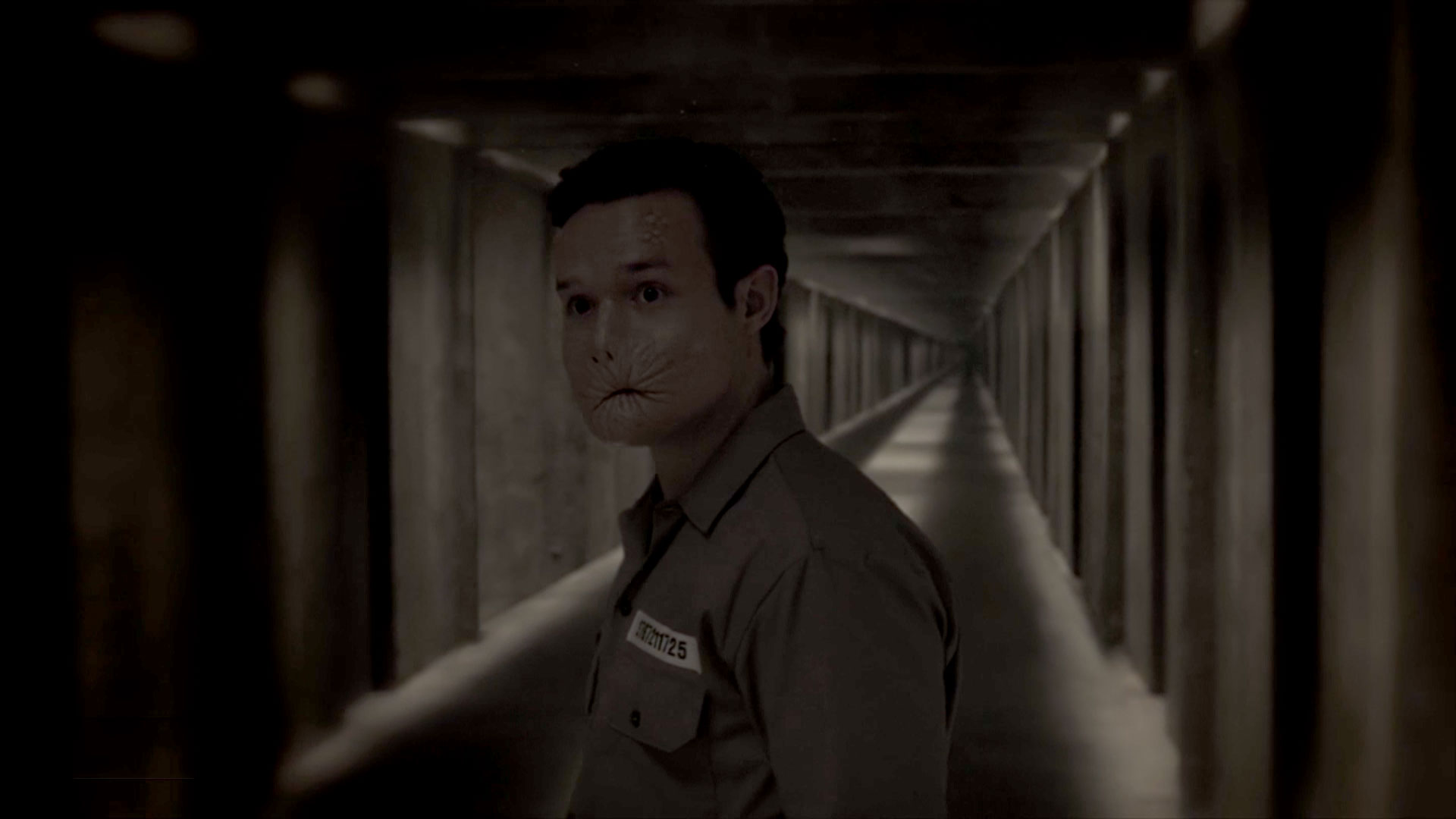 Yes, Hitler is in Preacher now and I gotta say I don’t understand why. The show turns him into a sympathetic character who takes Eugene under his wing in Hell and tries to help him escape. My problem is that it’s not like in The Man in the High Castle where the sympathy towards Hitler is used in a speculative fiction “what if?” scenario but instead they just grabbed one of the worst humans ever and injected some sympathetic story into him and used him as a vessel where any other terrible person occupying Hell could have sufficed.

Overall the season was, in my opinion, a riveting success. The main characters continue to be spot-on with the source material and I can’t imagine any other actors inhabiting these characters. If I had to find something to nitpick it’s that after a spoilery event occurs midseason one of the characters reacts in a way that is unbecoming of their source material but they quickly recover. Some people might balk at the temporary addition of characters that do nothing but serve for character growth but with the transitory nature of the story these types of characters are expected.

It is nice to see that the showrunners are going to hit the major plot points of the original comic while rearranging and adjusting things to make it flow better for TV. For instance, going from Annville to New Orleans makes more sense than how they did it in the comics. It also sets up an arc that I was wondering how they would fit into the narrative that fits so perfectly that it’s one of those rare moments where I like an adaptation choice better than the source.

I cannot imagine the weight that is hanging over AMC and the showrunners heads right now with this show. On one hand it’s blasphemous to the point of heresy (I didn’t even mention a scene involving a certain holy figure) that will upset religious people, and on the other hand, they have legions of fans of the source that are watching and judging their every move. But despite these risks, the team behind the show has proven that they are well equipped to handle this precious adaptation and I look forward to the next season which was sneakily confirmed a month ago.

Anthony Marzano
Anthony Marzano likes long talks in naturally-lit diners and science fiction movies about what it means to be human.