0
Getting older all the time...

The mid to late ’90s was an incredible time for the video game industry. A lot of the titles created then don’t necessarily hold up to modern scrutiny, but developers were constantly pushing boundaries and one-upping each other on a near-daily basis. The period saw the transition from 2D to 3D and the refinement of that concept just before the launch of the PS2 that resulted in some absolute classics that are still fondly remembered to this day. One of those is the very subject of the documentary Pretending I’m Superman: Tony Hawk’s Pro Skater.

Developed as a passion project by Neversoft with Tony Hawk’s involvement, the first installment was an overnight success that not only changed the perception of extreme sports video games but propelled skateboarding into the mainstream. It’s hard to overstate how monumentally important the franchise was and has remained over the years, despite a rather harsh decline in quality after the first trio of installments.

The ultimate goal of Pretending I’m a Superman (which gets its title from the popular Goldfinger song featured in the game) is to hone in on that impact and show how it changed the lives of everyone it touched. While it mostly accomplishes that, there are a few areas where the documentary doesn’t push enough.

It’s hard to describe Pretending I’m a Superman with regards to a traditional story structure because that’s not how the film plays out. The beginning of the movie shows a bunch of professional skaters performing neat tricks and reminiscing about the ’90s from the perspective of modern times. They already know Tony Hawk’s Pro Skater is a big hit and are still stunned at just how large it was.

From there, we get cutaways to various stories from Tony’s perspective, Steve  Caballero, Rodney Mullen, etc. that fill in their own experiences with the series and its cultural impact. This isn’t a dramatization or sappy reenactment, but a touching look at how important skating was to them and how happy they were to open up a new generation to the idea of skateboarding through the PS1 classic.

This structure is both refreshing and possibly where the film falters a bit. Due to this nostalgic framing, some of the stories jump around timeframes a bit and reiterate details we already know (or just learned). There’s also a bit of depth lacking in the explanation to fit into the relatively modest 73-minute runtime. Still, I’ll take a more personal approach versus some glorified retelling that drums up the drama for the sake of manufactured tension. 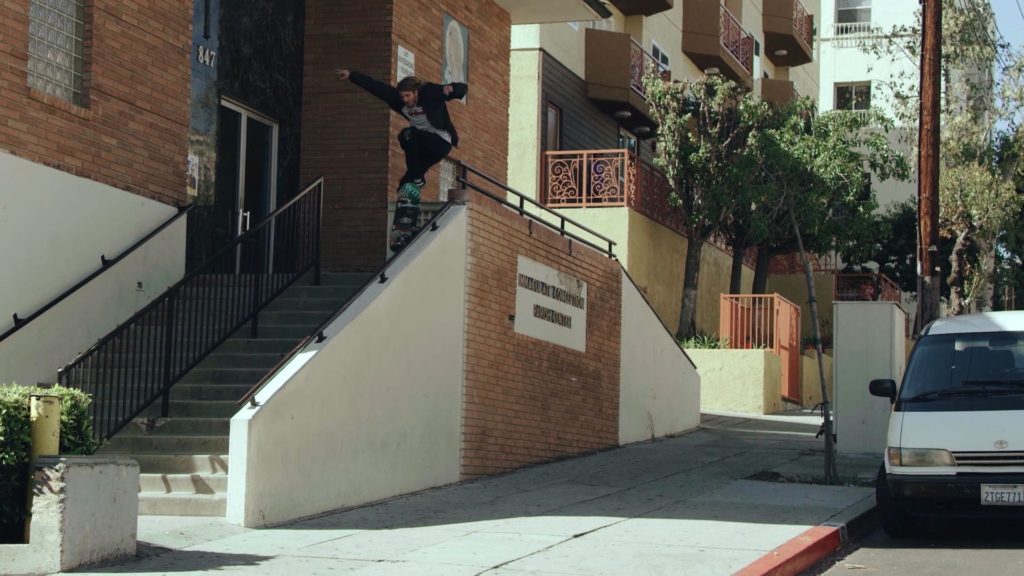 That’s not to say the game’s story doesn’t have some tension in it. I was actually unaware of how early Neversoft began development on the game, so it was cool to hear Tony explain how his legendary landing of the 900 basically coincided with the release of the first game. It couldn’t have been a better marketing stunt and it wasn’t even planned. He just tried his best while Neversoft was putting the finishing touches on the game, resulting in a last-minute crunch session to include the maneuver.

We do get some glimpses of more recent skating stars detailing their own histories with the series, but again, the short duration does a bit of a disservice to their words. It’s not that they lack impact or are being disingenuous, but I would have liked to learn more about their respective histories. The mentioning of how the “unrealistic” tricks in Tony Hawk’s Pro Skatersare now reality is something that would have made killer footage but isn’t included.

It may sound like I’m being harsh, but that’s not my intention. As far as educational purposes go, Pretending I’m a Superman may not be the most informative documentary around. Superfans of the game are likely to not learn much new, but they’ll get a real trip out of seeing these professional skaters 20 years later. It’s surprising how little some have aged and they’re all still genuinely excited about the game, as a whole. 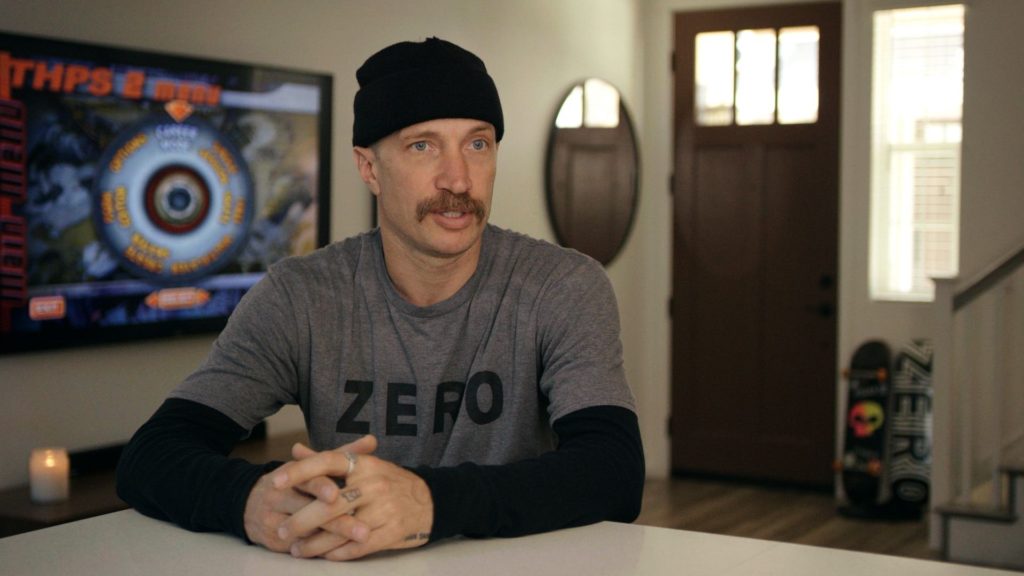 There’s even a nice description from a few of the Neversoft developers about how they kept trying to outdo themselves before Activision sort of took the reins away. It’s a shame what happened to the franchise and this documentary does reframe the damage as more of an executive decision versus “lazy” development (something that’s a bit of a recurring theme in the game’s industry). All the passion in the world can’t stop diminishing returns and it seems Neversoft didn’t even want to continue past the fourth game.

I guess my main issue is just that I would have liked to see more focus on the actual game instead of the culture surrounding it. Tony gives some speeches about how his life changed and a very risky creative move he made, but those are all details about his personal life. We get some footage of him in the 90s in a mo-cap suit, but not a lot else. For a man so involved with gaming, there’s surprisingly little of that footage on show. 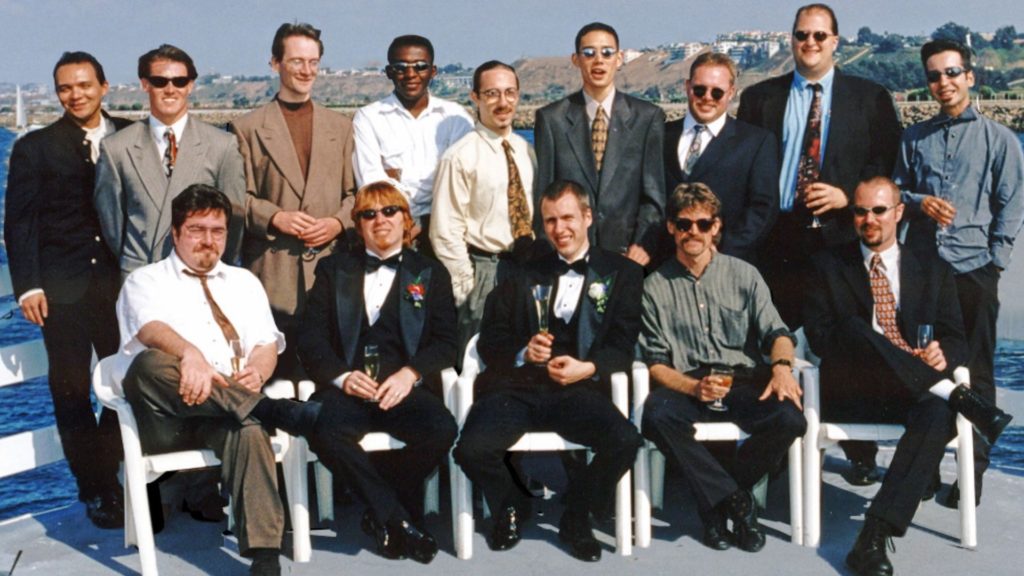 As aggravating as that might be, I still wouldn’t change too much about what’s in Pretending I’m a Superman, apart from adding more. It might be somewhat surface level, but it avoids the usual pratfalls that documentaries fall into. It doesn’t attempt to restructure history to fit some shoddy narrative or even remove the dirty parts to paint a squeaky clean picture. This is just a nostalgic-laden trip down memory lane that acts to remind you of the good old days in front of your CRT with your PS1 controller planted firmly in hand.

If there were to be any kind of follow-up, I’d mainly just like additional development insight into the series. The brief 15 minutes that Neversoft gets is the best part of the film and more of that could have turned this into an absolute classic. As it stands, this is merely a good movie that is recommended strongly for fans, but maybe not for those looking at getting into game development. 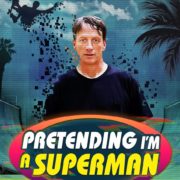 Pretending I'm a Superman works as a nostalgic trip, but doesn't quite detail enough of the development history behind Tony Hawk's Pro Skater.