Creating a movie about any real life historical figure is always a difficult task. The struggle of portraying their life usually comes down to a directorial decision on whether to be serious with depicting and portraying them in a true/authentic light, or to embellish certain aspects to make the proceedings more entertaining. It’s never an easy choice for a director to make. If you make the movie more historically accurate, you run the risk of alienating general audiences. If you play it too fast and loose, then you might miss the point of what you were trying to do entirely and not honor the subject in question. It’s never an easy act to balance but generally speaking, if the historical figure is compelling, it makes the task far easier.

If the subject is inherently interesting, or if their story is important in some regard, then it makes it far easier to tell a compelling story. Just look at how The Social Network told its story. Sure, it wasn’t completely accurate and embellished here and there, but Fincher got enough details right and told a tight and well constructed narrative that it didn’t matter if elements were slightly exaggerated. The story still provided a great deal of insight into the foundation of arguably the most important social media site in the world.

Enter Shirley, a dramatization on the life of one Shirley Jackson (Elisabeth Moss), author of such well known stories as The Haunting of Hill House and high school literature classic The Lottery. Well okay, it’s not a complete dramatization of her life, but rather the creative process of one of her novels, Hangsaman. Well okay it’s half the creation of the book and half focusing on a pair of newlyweds moving into her house. Well okay it’s also about how nearly everyone is a terrible person and the abuse that people experience during their time with Jackson and her husband. Well okay it also tries to be a mystery about a woman who disappeared one day and how that compels Jackson to search for answers.

What I’m trying to say is that Shirley is overstuffed with content, yet none of it is all that compelling to actually watch.

Let me just get this right out of the way now so there’s no confusion here; Elisabeth Moss delivers a solid performance as Shirley Jackson. I wouldn’t call it one of her best performances, but she’s able to bring a very psychologically complicated figure to life in a way that feels authentic and legitimate. I want to say that she’s firing on all cylinders here, but there was always something indescribable that kept me from truly connecting with her in a way that I wanted to. Maybe it had to do with the interludes where excerpts from Hangsaman were used to describe the situation happening around that decided to tell rather than show, but there was just something missing in her performance.

It thankfully isn’t that hard to identify why everything else around her felt so lackluster. The movie, as a whole, is just bloated with too many things happening at once. To add onto the glut of content is the lack of focus given to each individual plot thread. The movie doesn’t begin with Jackson deciding to write Hangsaman, rather with a young married couple (Logan Lerman and Odessa Young) moving in to live with Jackson and her professor husband (Michael Stuhlbarg), who frequently engages in extra-marital affairs. The main character is arguably Young’s character who slowly begins to develop a friendship with Jackson, but it’s never framed as being the central story.

There are numerous points throughout where I’m left wondering if what I’m watching is meant to be accurate and drawn from real life events or made up for the sake of the movie, which is frustrating to say the least. It isn’t impossible to blend the two together though. Take The Favourite, a movie that perfectly embodies what it means to be “based on a true story.” It’s historical fiction grounded in actual events, but the focus of the movie was kept squarely on the relationships between its lead women. Shirley tries to go that same route at times, but it gets distracted. Is the movie about Jackson writing the story? Is it about the newlyweds living with Jackson? Is it about the friendship between the two women? Or is it about the frequent infidelity that occurs with the men? It’s the classic Jack of All Trades, master of none.

It wouldn’t be all bad though if the film just wasn’t so boring. You could have wonderful direction and have assembled a brilliant cast, but it means virtually nothing if the movie can’t hold your attention to save its life. If I could think of one word that describes Shirley, it would be plain. Nothing about the movie stands out from a visual point of view and if there is a scene that should have any gravitas or weight to it, it will almost certainly not be as impactful as it could have been. It’s mostly a combination of the drab visuals, which begin at light brown and end at tan, and the camera work that almost borders on parody. There’s a scene halfway through the movie where Moss and Young stare at each other, but it keeps on erratically hopping between the two with so little happening in between that I had to laugh at it.

That isn’t to say that there aren’t any elements that do work. Like I said before, Moss delivers a fine performance with Stuhlbarg also giving in a few good moments, but the vast majority of the movie is just so lifeless. It’s pointless to go into diatribes about “how I would have fixed the movie” because I’m not a director. I can’t make those decisions, but I’m sure there had to have been some way that Shirley could have been a compelling watch. This is a story about one of the seminal horror writers of the 20th century. There’s plenty of potential to make something unique out of this script.

Going back to my original question, I can safely say that Decker and crew tried to make both camps happy. They tried to make a movie that was both faithful to Jackson’s memory as well as fabricate some details in order to make the movie more interesting. It’s just a shame that they failed to succeed on both fronts. 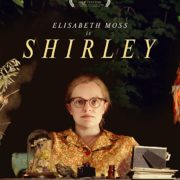 They tried to make a movie that was both faithful to Jackson's memory as well as fabricate some details in order to make the movie more interesting. It's just a shame that they failed to succeed on both fronts.