There’s something that intrinsically hooks into humans about sports. We get invested. Some of may not care bout sports in general but you put Rudy or Remember the Titans on and we’re all fans. What I’m saying is there’s a baseline for sports movies that is nearly impossible to fall beneath because it’s about a sports.

People also love emotional comebacks. It’s hard not to. The underdog or beat down rising up again from the ashes and overcome their personal adversities. Again, there’s a baseline here because of the emotional impact we feel with stories like this. Even bad comeback movies can stir us.

The Way Back is both a sports movie and a comeback movie. It has two baselines that default it to being appealing to the human soul. One would think that that would help elevate it above those baselines to something more. Sadly, The Way Back can’t find its way between these two story lines and ends up struggling to rise above. Still, that baseline isn’t a bad place to sit.

The Way Back has a familiar sports story line. A struggling high school basketball team made up of a bunch of misfits brings in a new coach who turns them into a contender. The difference here is that the focus is more on the coach, Jack Cunningham (Ben Affleck), than the team itself. Jack is a divorced alcoholic struggling with a monumental loss in his life and barely able to function. He was also an high school basketball phenom and when his alma maters struggling team needs a new coach his old principle invites him in. He begrudgingly takes the job helping the team and himself to turn around.

If you think you know the way the film plays out then you probably know the way the film plays out. The movie is structured in a seriously paint-by-numbers way that feels like very sports film you’ve seen merged with every recovery film you’ve watched. Jack and his students Bond, he helps some of them overcome personal troubles, he relapses, things fall apart and then come back together. These are the notes to play and The Way Back plays them like a high school band member attempting jazz — there’s no creativity or riffing here. That doesn’t mean it doesn’t hit those notes, and sometimes really well, but it never breaks out into something that grabs you further. Even the film’s conclusion, which veers in a slightly different direction than one might expect, feels like the right note but without any flare.

Director Gavin O’Conner is no stranger to sports movies having directed both the sports movie classic Miracle and the less appreciated Warrior, which makes it all the stranger that he misses some simple beats with this film. Jack’s addiction suddenly vanishes in the middle of the film. His struggles with it completely eclipsed by the basketball. The idea, one suspects, is that the basketball coaching has made him “better” but in execution it feels like the plot point is forgotten until its convenient for it to crop back up again. Instead of a struggle with alcohol playing behind Jack’s redemption through coaching we see almost two separate films that don’t collide until the movie’s conclusion. It makes for a far less damatic story.

Affleck is clearly invested in the role even if the story isn’t executed as well as it could be. Thanks to his own personal issues with alcoholism the actor delves deep even when the screenplay doesn’t. It’s a strong turn that could have been stronger in a film that was structured a bit better and balanced out its redemption story alongside its sports story. Aside from a soberingly realistic conclusion to the movie it does little to warrant the amount of emotion and skill that Affleck puts into it.

The Way Back isn’t a bad film in that it’s hard to go below the baseline of a sports movie. There’s the requisite adversity and triumph that stirs you but it often doesn’t feel us uplifting as it should. The story is there but the soul is missing thanks to unfortunate storytelling decisions. The film starts promising but once it gets lost in the middle its the movie that can’t find its way back. 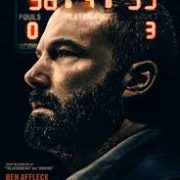 The Way Back isn't a bad film in that it's hard to go below the baseline of a sports movie. There's the requisite adversity and triumph that stirs you but it often doesn't feel us uplifting as it should.