When you see almost every movie that comes out in a given year you start to stop being impressed. The next technical marvel isn’t quite as marveling as you thought it would be, and action sequences all start to blur together. The edge of your seat becomes a place you don’t visit quite as often. To give an example, Avatar didn’t really do much for me.

So when I say that Tron: Legacy had me on the edge of my seat and impressed as all hell with its special effects and action know that it really means a lot. This, simply put, is one badass movie and while it has it’s flaws they’re easily overlooked because it just looks so damn good and has action that your probably not going to see anywhere else. In short, it’s almost exactly like the original Tron, and I think that’s a great thing.

If you’re hoping for some big, meaningful plot out of Tron because in the past 25 years you concocted something really meaningful out of the first film then you’re going to be pretty disappointed in Tron: Legacy. Years after the original ended Kevin Flynn (Jeff Bridges) has had a child and his technology company, Encom, is making millions and billions of dollars. Then he simply disappears. Jump forward even more years and his son, Sam (Garrett Hedlund), has rejected his responsibility to run his father’s company despite being the majority stockholder. Suddenly a page comes from his father and he discovers, after all these years, his father’s lab at Flynn’s Arcade. A few keystrokes later and Sam is sucked into the computer world of the original film where he finds his father in a battle with Clu (a digitally younger Jeff Bridges) for control over the mainframe. 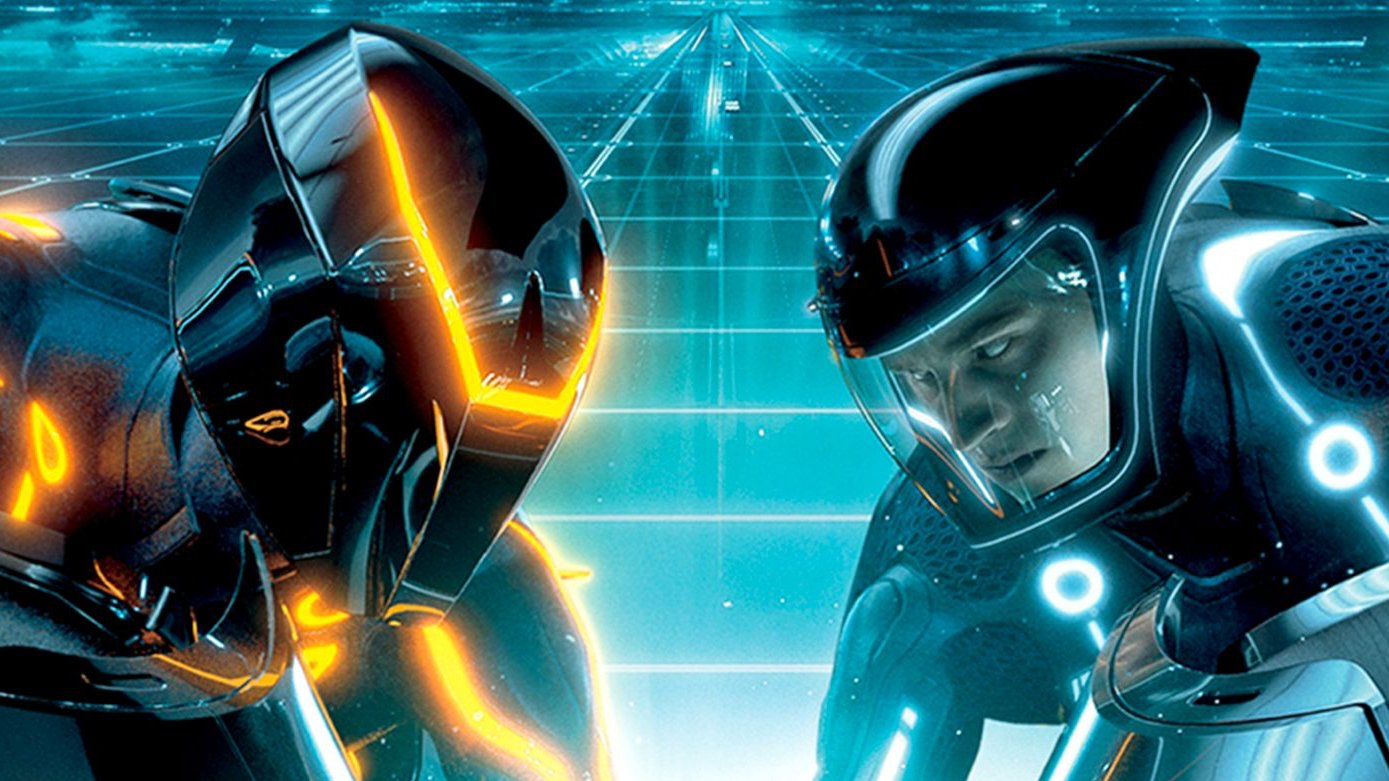 There’s also some stuff about creating life and saving the world, but trust me it all takes a back seat to the absolutely stunning special effects and action sequences. Once Sam enters the computer (in a Wizard of Oz-inspired twist the 3D for the film doesn’t kick in until then) there’s a solid 30-minute span crammed with disc battles, bike races, and fistfights that simply blow you away with both how good it looks and how well it’s put together. Even more impressive is the use of 3D, especially during the bike scene, which uses 3D to great effect because of a multi-leveled arena where the bikes are racing around above and below each other. While the action and story do take a bit of a dive in the middle of the film, it’s never far enough to bore you and picks right back up as the film reaches its explosive ending.

It really shouldn’t be that big a part of the commentary on the film, but since everyone seems to be making a big deal out of it I should mention that digital Jeff Bridges looks absolutely amazing. While the uncanny valley creeps up here and there and takes you out of the movie every once in a while its hard not to applaud and sit in awe of how good Clu looks. Much like the original Tron was a breakthrough in computer graphic animation in film, Tron: Legacy looks like a breakthrough in both the use of 3D and realistic digital animation. Of course, it also helps that digital Jeff Bridges is in a digital world so that his less realistic moments actually seem to fit what is going on in the film.

It should also be noted that Daft Punk’s soundtrack is phenomenal. Ear splittingly good, the duo, who do make a cameo, doesn’t simply create some catchy songs to play over the film but has actually made an impressive soundtrack that fits perfectly with the world of Tron. It’s hard to imagine the move being anywhere near as good without the digital soundtrack that they’ve laid down, and it should be getting an Oscar nod if for no other reason than it is one of the most original scores of the year.

If you were expecting Shakespeare from Tron: Legacy then you’ve put the original on a pedestal and I’m afraid your hopes are going to be crushed. However, if you were simply looking forward to action-packed, special effect bonanza than there is no way you’re going to be let down. It’s one of the few films that I would strongly recommend paying extra for both the 3D and IMAX as it simply looks amazing in this format. If this is truly Tron‘s legacy than I hope there’s more of it to come because it’s started off with a bang. 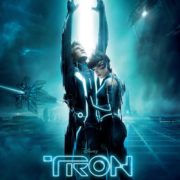 Tron: Legacy might let people who have been constructing a deep and meaningful story behind the franchise down, but for anyone looking to see some amazing action and stunning special effects this movie is going to deliver. See it in IMAX 3D if you can.