In news both saccharine-sweet and bitingly tragic, Sylvester Stallone has confirmed his plans to release a Rocky IV director’s cut in time for the film’s 35th anniversary this November. The gang will be all there to celebrate Balboa’s bout against the evil Russian Ivan Drago (Dolph Lundgren). All but Paulie’s robot. 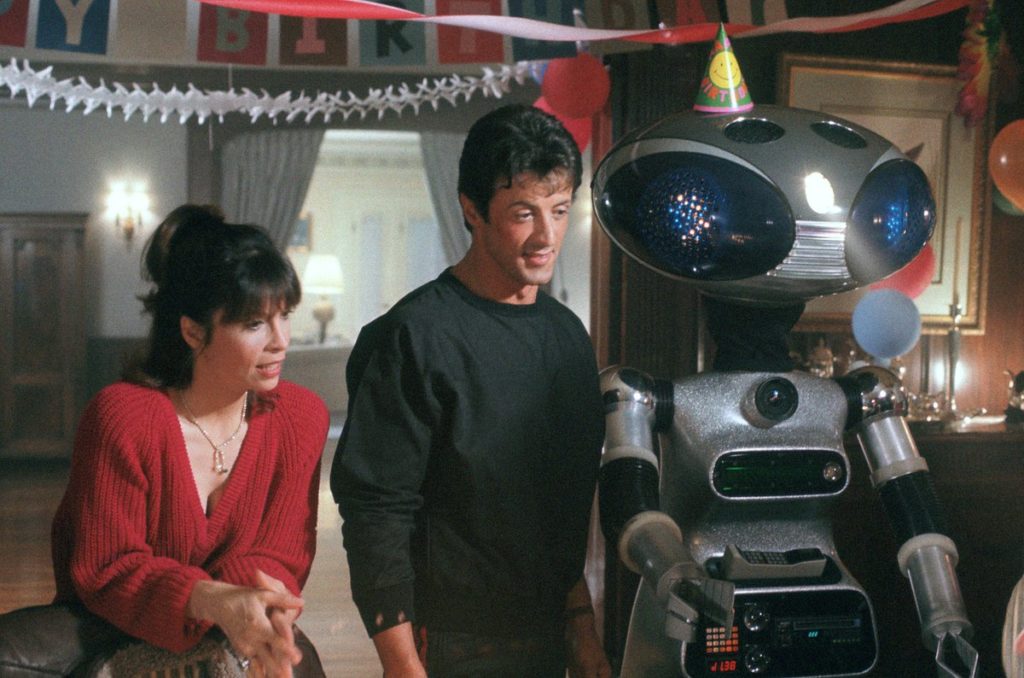 In the original film, friend and partner to the Italian Stallion Paulie Pennino (Burt Young) finds himself–quite inexplicably–with a robot buddy. The amicable bot is meant to be a birthday present and companion for Paulie, who initially calls the robot a “nightmare.” Some time passes, and Pennino forms a deep bond with the automaton, eventually referring to it as “hun.” It’s really rather sweet. Too bad Stallone ain’t having it.

Unveiled on his official Instagram page, Stallone called the new cut “soulful,” with the plan being a November 27th theatrical release. An exchange with fans made Sly’s intentions regarding Paulie’s ‘bot crystal clear though. 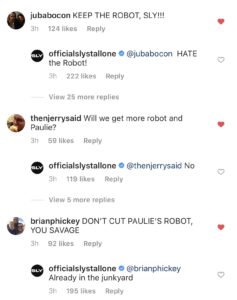 Pour a can of oil out for Paulie’s robot, 1985-2020. With the robot gone, it’s unclear at this time what else is or isn’t making it into Stallone’s Rocky IV cut, though clearly he’s making an effort to cut down on the goof-factor. I, for one, will miss Paulie’s robot dearly.

Rocky IV was originally released on November 27th, 1985, going on to gross $300 million worldwide, making it the most successful Rocky film as well as the top-grossing sports film until The Blind Side released in 2009. Notorious for introducing the violent Russian fighter Ivan Drago, the American/Soviet tensions flared blatantly and fiercely with Rocky IV, with Drago’s character and storyline picked up in 2018’s Creed II, the Rockyverse sequel following the son (Michael B Jordan) of Balboa-rival Apollo Creed, who squares off against Drago’s own son, Viktor (Florian Munteanu).

Keep eyes peeled for more information on the Rocky IV director’s cut, and any future career moves made by Paulie’s robot.