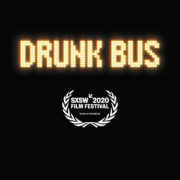 I liked this one, and you will too.

Rating: Not yet rated

Stuck in an endless loop of driving the late-night ‘drunk bus’ for college students, directionless graduate Michael is forced to confront his apathy when a heavily tattooed Samoan named Pineapple joins him on the late shift. Ludicrous, irreverent, and often so tragic it’s laughable, Drunk Bus is a truly quirky and uplifting comedy.

Incapable of making a decision and stuck in a rut, Michael keeps turning over his relationship with his ex, Amy. It’s been nine months since she left for New York and, despite the protestations of his family and good-for-nothing housemate, he remains in his deadbeat job, driving the drunk bus at Kent Institute of Technology, Ohio in 2006 — going round in literal and metaphorical circles.

That is, until a bodyguard, Pineapple, joins him en route. The formidable Samoan is brought on board ostensibly as protection after a student lashes out at Michael. But the two form a brilliant friendship as Pineapple forces Michael to confront his dilemma, get out of a rut and start living again.

Like all truly heartfelt films, Drunk Bus has been borne out of personal experience. Directors John Carlucci and Brandon LaGanke revealed they wanted to explore a more authentic, honest version of college and tackle issues that the college experience tends to mythologise. Pineapple, in fact, plays himself — the Austin-residing tattoo artist previously worked with LaGanke on the drunk bus shift in Cleveland.

There’s something about the authenticity — knowing that the film’s material is personal makes it impossibly funny. I struggled to comprehend that such a series of bizarre and unfortunate events could have happened, but the element of truth is the factor that characterises all good narratives. After three years working part-time on independent projects, Carlucci and LaGanke decided to collaborate on a feature from their wild personal experiences that were just truthful enough to make the story credible.

Pineapple is just one of many characters on the debauchery carriage whose personality is as colourful as their surroundings. Kat (Kara Hayward – you’ll recognise her as Suzy in Moonrise Kingdom) and Justin (Tonatiuh Elizarraraz) are students whose insight into Michael’s world is fascinating, as their role in his life edges from the periphery to real friends. Without a doubt the most bizarre part of Drunk Bus is the character Bob, an elusive pensioner whose commitment to not being picked up each night is impressive. Rather than sitting quietly in his mobility scooter and accepting the lift in the freezing temperatures, he instead greets his accommodating driver with a colourful mixture of expletives and does his best to escape.

As well as the star-studded cast, the on-screen chemistry between Tahan and Pineapple is a joy to watch. Whether they’re partying on shift, taking the bus off route, torpedoing local frat houses with canned hams or getting high and setting off illegal fireworks, their mischief is at once hilarious and addictive. But Pineapple isn’t also the thug he might appear. This surprisingly gentle soul has a soft spot for Michael and takes him on like a protege. He’s devoted to his young daughter (hilariously, he’s edited a picture of her to look like the nine-year-old also has face tats) and is just doing what he needs to do to get by in life. Why not enjoy himself along the way?

Tahan is also an extremely credible Michael, capturing the despondence of life post-graduation perfectly, yet his character is quick to engage with Pineapple and his schemes, showing that life can be as exciting, terrifying and thrilling as you make it. Despite the character’s low self-esteem, he has a growing reputation on campus, showing that it’s all the small actions in life that make a difference and can have an effect on others.

And small details reveal the directors’ attention to detail. The irony of the slogan ‘Ignite your future!” on the side of the bus isn’t lost on Michael, who lives in its painful wake every night. A visit to a local junkie is capitulated with a monologue about the promise and failure of the American dream — ‘just add water!’ At times it feels like a variation of Superbad, compelling an isolated young man to get out and seize the day. At others, more of a 500 Days of Summer anti-rom-com. It’s certainly unique and not what you’d expect — there are surprisingly poignant flashbacks that add up up to a genuinely heartfelt through-line. That is, once the toilet jokes are out of the system.

Drunk Bus is a coming of age film, but not in the usual sense. It takes place a few years after the typical high-school or college-age kids teen movie, and deals with the distinct anti-climactic reality of being a young adult left to find your own direction in life. The focus isn’t a sensational rite-of-passage for a successful hero but a hilarious, perceptive look at everyone else who slips through the cracks. There are some tropes of the high-school drama; a stereotypical, melancholy ex, a buddy road trip and experimentation with drugs in a shady acquaintance’s apartment.

But, while Drunk Bus leans into some conventions, it comes across mainly as a skewering of the genre. Some loose ends are tied but there isn’t necessarily a conclusive decision made and the film is left quite open-ended, which complements the material well and leaves the rest to be imagined.

That’s what made the film so compelling; directors LaGanke and Carlucci display more of an authentic, lesser-told experience of college and life post-graduation than a lot of filmmakers would dare. Their skill lies in creating a narrative that’s both familiar and unpredictable, using a natural on-screen chemistry between characters to form a friendship you instantly love and wish you’d seen sooner. Drunk Bus is a film that speaks to you: with a bit of imagination (and perhaps a crazy bodyguard), you can put things in perspective, forget about the small things that don’t matter, and learn to enjoy the ride.