0
Fists of Fury.
[Welcome to Peter’s Kung Fu Corner: a monthly column dedicated to retrospectives on the martial arts films I grew up watching. We’ll be covering all kinds of Hong Kong action films from Bruce Lee all the way to Joseph Kuo. Get ready to be introduced some weird, wacky, and utterly badass films.]

If the recent release of Criterion’s Bruce Lee box set wasn’t reason enough to talk about The Big Boss, I’m not sure what else would be. I’ve been a big fan of Lee’s films since my teenage years and I’ve owned numerous versions of them across DVD and Blu-Ray. His projects weren’t the first Kung Fu films I ever saw, but they cemented the fact that I love Hong Kong cinema and the low-budget charms it has.

With his entire filmography now restored in glorious HD, I haven’t been able to think about any other films besides his. It might be a bit odd to do a second feature on Bruce Lee within a year of starting this monthly column, but this is my feature! I’m gonna talk about Lee all I want, dammit, and there’s nothing you can do to stop me! Well, you could stop reading these, but now I’m just going off on a tangent.

Anyway, The Big Boss was the first film that iconic martial artist Bruce Lee starred in. He had been involved in other productions beforehand (most notably The Green Hornet in the mid-60s), but his star-making turn in this 1971 Golden Harvest production is what set his trajectory on the path to international stardom. The insane success of the film, which grossed approximately $50 million off of a $100,000 budget, would result in him collaborating with Warner Bros. on Enter the Dragon in 1973 before his untimely death that same year. You can read more about my thoughts on that over here.

If you’ve been following my columns over the last half-year, you’ll likely wonder what else I could add to the discussion with The Big Boss. I covered a lot of what made Lee’s films so special before, but there are some unique quirks that his debut brought to the table. Compared to its contemporaries, Lee and director Lo Wei broke new ground in setting a martial arts film in the present day…well, present for 50 years ago.

Prior to Golden Harvest, Shaw Brothers was the big production studio in town and most of its projects were set in historical time periods. Ancient China is absolutely a great way to embellish the truth for an action film, but it’s not impossible to believe that moviegoers were getting tired of the same old formula. The explosive success of The Big Boss is paramount to that.

We also have the general plot, which is far more realistic than the “Good Vs. Evil” archetypes that permeated Kung Fu cinema. There aren’t too many examples of what is now considered a classic martial arts film before The Big Boss, but Lee’s debut showcases a more relatable struggle than military generals battling over land or a student seeking revenge for the death of his teacher. It’s actually eerie how many parallels to current working-class struggles there are within The Big Boss. 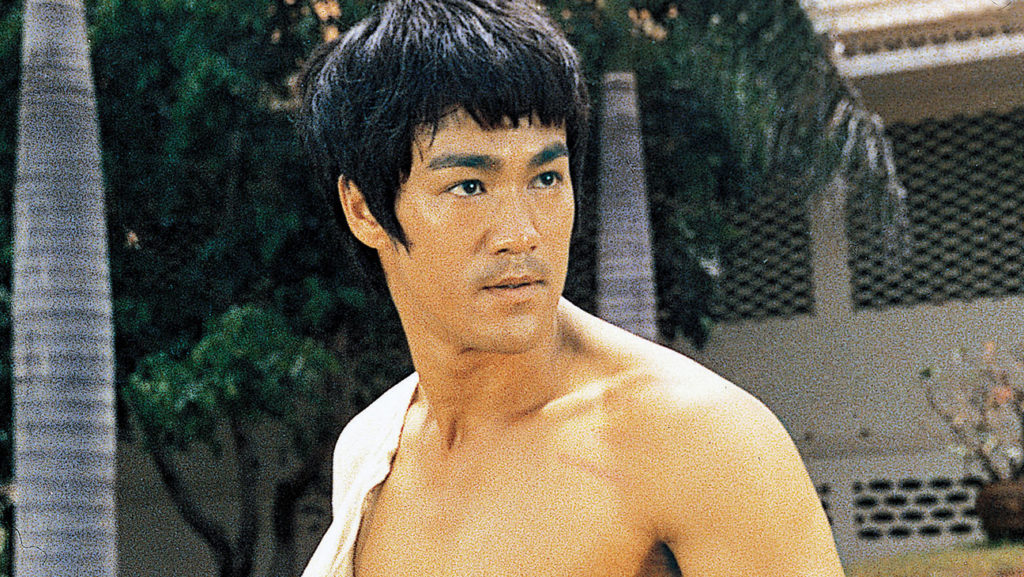 After failing to find work in the countryside, Cheng Chao-An (Lee) travels to Thailand to meet with his cousin, Hsu Chien (James Tien), and find work. This leads him to an ice factory run by some obviously corrupt individuals. While the workers are oblivious to what is really happening here, the way The Big Boss is shot and directed clues viewers into the nefarious happenings at this ice factory from the first moment it hits the screen.

There are the requisite twists and turns and such, but a lot of this is common in the current day. Bruce Lee set the standard for basically all subsequent martial arts films and it’s hard not to draw comparisons to The Big Boss with almost everything after. In some ways, the film is stilted and a little dry, but you have to understand the historical context behind everything. This was mind-blowing stuff in 1971.

Lee did a lot to reverse the American perception that Asian people were inferior. While you could knock some points for his character being a martial arts prodigy (a stereotype that racist jerks love to throw around to this day), it was absolutely something Lee was passionate about. Years before this film’s release, he had basically introduced Chinese martial arts to the west in San Francisco. He was training other Hollywood stars in the art of Kung Fu and developing his own style on the side. He obviously was going to make a film about his life’s work.

The Big Boss is clearly about fighting and, specifically, Bruce Lee fighting. What’s insane is how long it takes for Lee to start throwing hands. I remembered that Cheng had some vague promise he made to his mother about never fighting again, but it’s roughly 45 minutes into this 100-minute long film before Lee smacks someone around. To be clear, other battles happen, but Lee doesn’t get into the action until the mid-point. That insane build-up leading to Lee’s signature spin kicks works wonders for the second half. Once he lets loose, the momentum never stops and Lee’s natural on-screen charisma practically oozes off the film reel.

That then brings us back to how groundbreaking The Big Boss was. In previous Hong Kong films, the main character was always the righteous hero and working to thwart some concrete evil. In The Big Boss, Lee is just another guy that has to deal with the consequences of his actions. After his first brawl in the film, he gets promoted to the chairman of the ice factory and starts to get closer to uncovering the truth behind the owner’s operation. This leads to him staying out late and forgetting to inquire about missing co-workers, which disappoints and disgusts his only allies.

From there, his friends get killed and Cheng is set on a path of vengeance. He ends up killing about 25 people by the time the movie is over and is arrested for his very real crimes of murder. The movie ends on a shot of the police surrounding him, cuffing him, and walking him away. There is no hero’s reward or congratulations: Cheng is a criminal and will probably spend the rest of his days behind bars.

The message of The Big Boss is that violence begets violence. Lee clearly loved martial arts and wanted the world to know the art of self-defense, but he also didn’t want to glorify his style. To him, the film needed to feel realistic and The Big Boss absolutely accomplishes that. The fight choreography is chunky and kind of messy, the editing feels raw and unrefined, and then there’s that monumental ending. It is certainly electrifying, but the moral of the story is that you cannot escape your actions.

The film doesn’t necessarily hold up in a modern sense, but it will always be important for laying the foundation on which Kung Fu cinema would grow. Thankfully, Lee wasn’t a one-trick pony and would go on to star in a series of amazing films that would continue to prove successful to this very day. If only his time wasn’t cut short, we’d likely have a storied catalog of projects to talk about and The Big Boss would just be the somewhat awkward start of a truly incredible career.

The best unknown horror movie musicals to binge this Halloween