Kevin Hart is a name that most people are at least aware of. The 41-year-old comedian from Philadelphia over the course of the last decade has become one of the most popular comedians of his generation and absolutely dominates headlines. Sometimes it may not be for the best reasons, but Hart has a loyal and devoted fanbase that eats up his stuff. You don’t just amass a net worth of $200 million without doing something right.

But while Hart is known most for his standup specials, that’s not actually where he got his start. Kevin Hart only made it big in the early 2010s, but the man has been starring in movies and TV shows since the early 2000s. Given that Hart is going to be releasing a new film (broken up into small chunks) on Quibi (which has been struggling since launchand is probably held together by shoestring and Jeffrey Katzenberg’s sheer stubbornness) called Die Hart, it may be the shot in the arm the service needs. It looks funny enough plus it has John Travolta in it! What can go wrong?

Still, the movie seems to be part of Hart wanting to break out of his role as comic relief, so one might as well look back and see what high points the man has in his career. I’m not going to include any of his standup comedy specials, which were filmed and had extra footage shot to create an original subplot for each movie so it wasn’t just pure footage from his specials. Even then, I was surprised that I actually needed to narrow down his filmography a decent bit. Stranger things have happened, but still, starring in enough good movies where I have to limit the list to five is a pretty good indicator of a career’s quality. 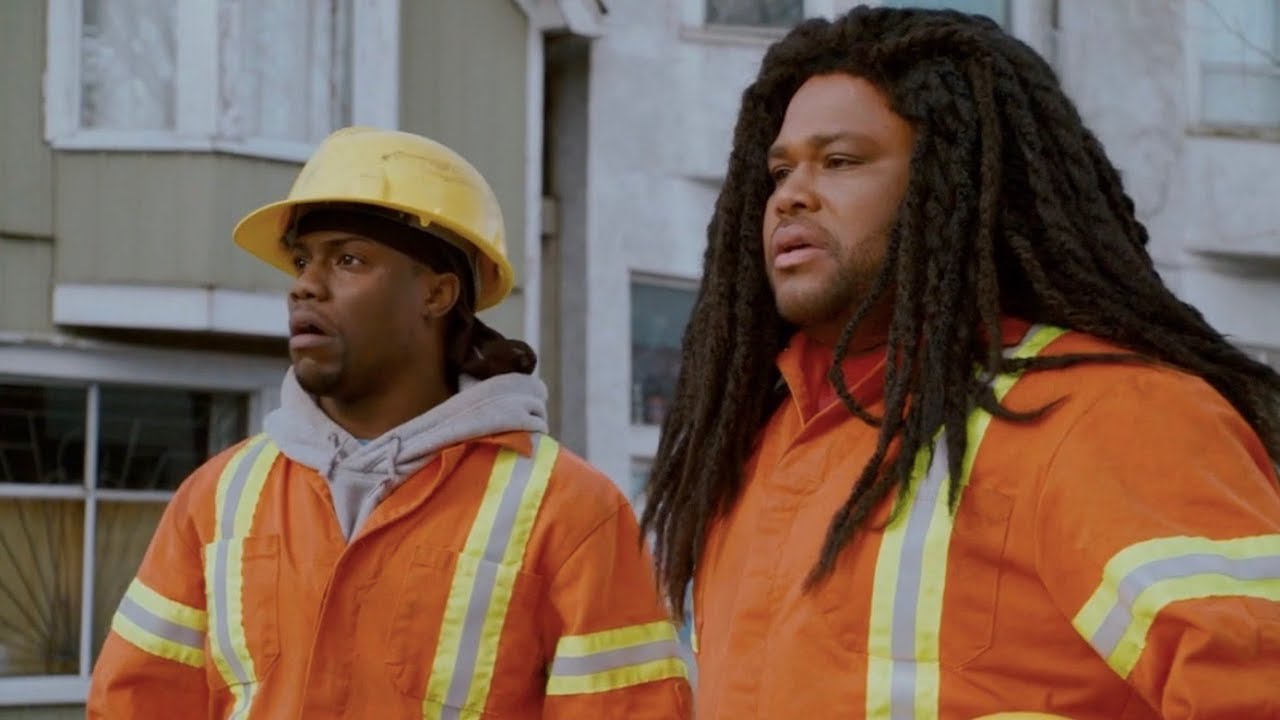 The Movie franchise may have aged like hot milk in the sun in the years since but back in the day they were pretty enjoyable. I would argue that Scary Movie is still a damn funny horror parody and Scary Movie 3 isn’t too far behind. The movie comes to us from David Zucker of Airplane! fame and has Hart working alongside Anthony Anderson of Black-ish fame. The two were relatively unknown at the time, but they both clearly had comedic chops whenever they were interacting with each other. Honestly, their scenes probably hold up the best since their dynamic is what really kept their schtick fresh and they weren’t as beholden to parody and references like other jokes in the film. Also, you have to admire the sheer stupidity of a movie that hinges its plot around Pootie Tang.

No, this isn’t some refined comedy and you’ll probably lose a few brain cells in the process, but sometimes rock-stupid parody is better than a hateful comedy or one that’s just plain boring. Thankfully, Hart manages to inject enough energy whenever he appears onscreen to keep me engaged and interested enough to see what comes next. 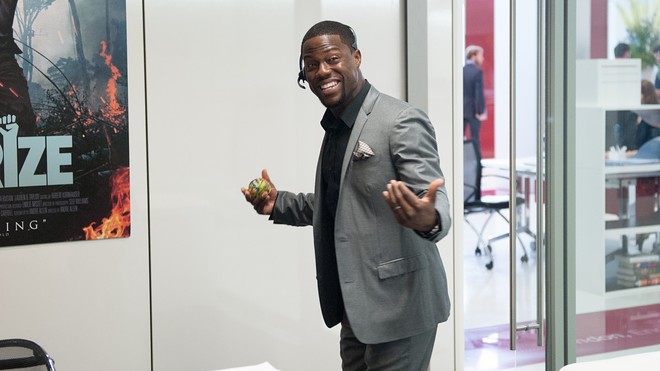 Like Scary Movie 3, this is less of a Kevin Hart movie and more of an ensemble comedy that just so happens to have Kevin Hart in it. However, Top Five is absolutely stacked with outstanding comics, all of whom bring their A-game to the movie. Featuring talent like Chris Rock, Jerry Seinfeld, Tracy Morgan, Whoopi Goldberg, Brian Regan, and Cedric the Entertainer, just to name a few, the movie focuses on Chris Rock’s character being interviewed by Rosario Dawson about his status as the funniest comic alive and his upcoming wedding to a reality TV superstar.

As a dramedy, there’s a surprising amount of heart present in the movie, mostly with Rock trying to come to terms with his past and what he wants for his future. It’s all handled incredibly well and leaves you with a lot to think about. While Hart isn’t the main star here, he always provides solid comic relief and is guaranteed to bring a laugh whenever he appears. Sometimes doing a single job well in a large and star-studded cast is all that you need to do, and if you’re asking Kevin Hart to be funny, then you’ll get your wish granted and then some. 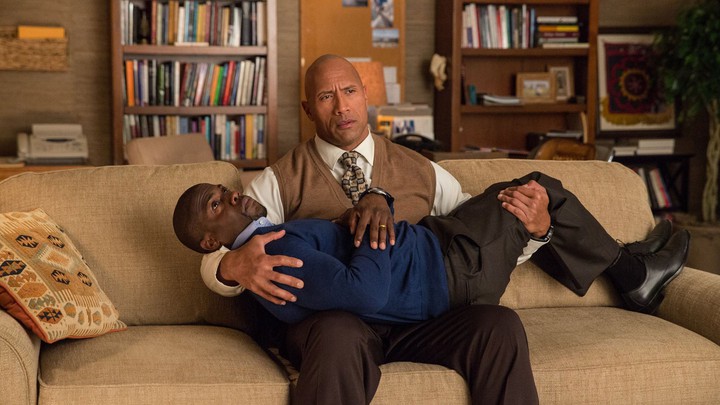 As the first, but certainly not the last, team-up between Kevin Hart and Dwayne Johnson, I’m sure a lot of people were curious how this movie would turn out. The Rock was still fresh to comedy and Kevin Hart is one of the last people you would ever assume to be an action star but it somehow works. Hart plays a forensic accountant who helps out his old high school friend, played by Johnson, who is now a CIA member trying to track down a criminal trying to sell satellite codes on the black market.

While the script itself isn’t all that strong, and I would probably call this the least funny movie on this list (yes, even compared to the drama above), there’s no denying that it’s just a solid, brainless action-comedy that gets the job done. There’s something to be said about a movie where the entire purpose is just to entertain. Central Intelligence doesn’t aim to tell a high concept story with numerous twists and turns, but rather a fun and simple romp that will leave you feeling good by the end of it. The chemistry between Hart and Johnson is apparent whenever they have to share the screen, and it would only get better the more the two starred opposite each other. But on its own, Central Intelligence is just stupid fun, and it’s hard to not want something easy to enjoy. 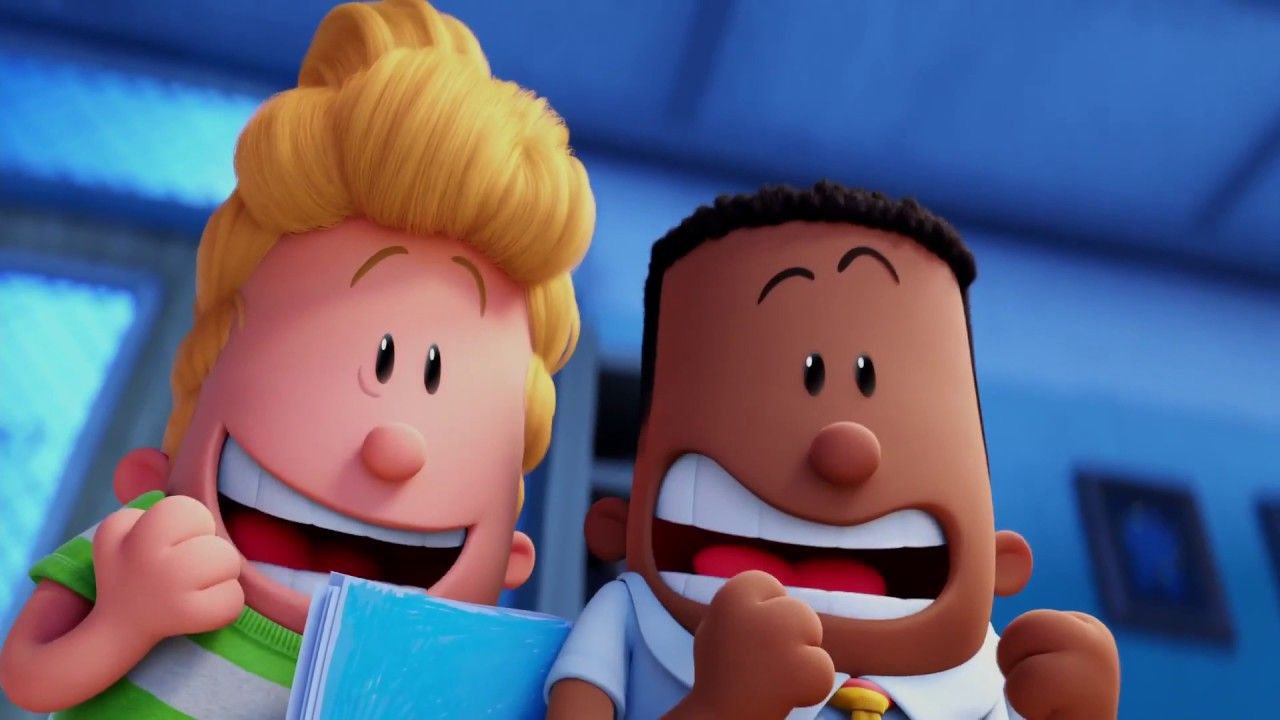 Now I know what you’re thinking: how can a movie with that dumb of a title be any good? As a family movie, Captain Underpants is the kind of insanity that only comes once in a blue moon. Hart plays George Beard who, along with his best friend Harold Hutchins, hypnotizes their principal into becoming Captain Underpants, the savior of the downtrodden and a moron like no other. This is the kind of comedy that throws jokes out at a mile a minute and never relents. Sometimes you get fart gags, followed by jokes that are shockingly too real, only to have a wonderful “Oh Yeah” parody pop up immediately after. This is a comedy in the purest definition and every character gets time to shine.

George is the realist of the two who usually has to keep Harold in check; like when Harold wants to include dolphins in nearly everything he does. Why dolphins you may ask? No idea, but the movie just goes with it. The two share some genuinely tender moments and it leaves you with a sense of stupid fun not dissimilar from Central Intelligence. Unlike that movie, Captain Underpants actually has a great script and manages to have most of its jokes hit and leave some kind of an impact on you. Even upon rewatch, it’s hard to not laugh at all of the jokes on display, making this not only one of my favorite Kevin Hart movies but one of my favorite Dreamworks movies overall. 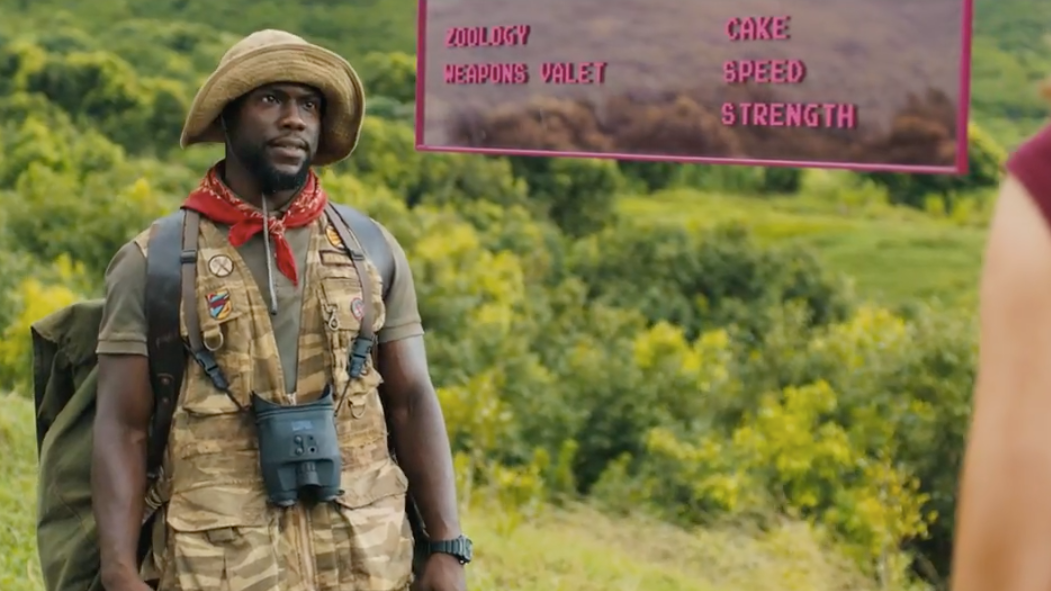 Jumanji: Welcome to the Jungle

It was tough deciding whether Welcome to the Jungleor The Next Levelwas the superior Jumanji movie, but the original had a certain spark to it that made it feel more unique and fresh when compared to the sequel. Also, the sequel didn’t have Kevin Hart pretending to be an old man and the original film did. Hart’s role in the game was as the group’s zoologist but was fairly useless otherwise. The man had a deathly weakness to cake. Cake could kill the man, which is just inherently funny.

No one expected Jumanji: Welcome to the Jungle to be the hit that it was — it made nearly $1 billion at the box office even when it released alongside Star Wars: The Last Jedi. It had a surprisingly long life as well and delivered a fun action-adventure that anyone could jump in and enjoy. There’s a certain novelty to the accessibility of it, but really, the cast just meshes perfectly with each other. Dwayne Johnson reteams with Hart here and brings along Karen Gillan and Jack Black fo the ride. While I wouldn’t really call this an ensemble piece, the relationship between the main four is incredibly lighthearted and makes the movie feel like a real adventure. Like most of Hart’s work in film, it’s not going to redefine your view on what comedy is capable of, but it’s fun. What more do you want from a comedian than to make you feel happy and carefree?