0
A short reminder of a devastating period in history.

As we enter awards season and start to hear more about films from 2020 that were overlooked, it seems that most distributors are going to begin throwing around words like “Oscar-worthy” or “Award nominee” into the descriptions of movies to get more eyes on them. That’s what I initially thought when an opportunity to watch Alina came up.

A short film that technically released in 2019 (at the Cambridge Film Festival), Alina is the story of a group of women during World War II that defy the Nazis and smuggle a Jewish child behind enemy lines to ensure its safety. While not strictly non-fiction, the tale recounts a harrowing story that is based on some very real events that unfolded not too long ago. It’s also eligible for an Oscar nomination this season, having won an award at the Bengaluru International Short Film Festival last year.

While we don’t typically review short films at Flixist unless they’re a part of our Flix for Short banner, I wanted to take a shot at it as we enter a new year and see if Alina really is worthy of potentially nabbing an Oscar. It’s certainly a gripping film, even if it’s light on any character development.

Beginning right in the thick of it, Alina starts with a group of women located in a ghetto of Warsaw, Poland discussing what to do when the Nazis come. Trying their best to hide documentation on Jewish children they’ve been smuggling, they hear the Nazi troops kick down the doors below and start their search for any children. With very little time on their hands, a mother hands her child over to titular character Alina, played wonderfully by Alia Shawkat, and tasks her with transporting the baby to her mother’s home past the Nazi checkpoint.

Clocking in at 26 minutes in length, Alina wastes absolutely no time in setting up the stakes and delivering some gripping tension. Alina, herself, has to create a makeshift rope ladder and climb down a three-story building while the Nazis are banging on the door outside. While doing this, her fellow women in the room next door are doing their best to keep the Nazis away from the bathroom, setting up so much tension in the scene that your heart might stop from anticipation. This all happens within the first 10 minutes.

Once on the ground level, Alina hops into a truck with a man named Henryk (Sean Harmon), and they prep for what to do at the checkpoint. The Nazi troops, for their part, are led by a man named Captain Drauz (William Mark McCullough) who is intent on finding at least one Jewish child this night. Little does he know; his plans will continue to be thwarted at every step.

There’s almost a kind of cat and mouse game being played between Alina and Drauz, with the captain frisking her and trying to break her resolve with unnecessary questions. McCullough plays a real bastard of a character, even if I feel he’s a bit restrained. Shawkat makes a great foil for McCullough, displaying bravery in the face of overwhelming odds and shedding the baggage of her comedic past. She’s very convincing, even if your first glance of her in Alina may conjure up memories of Arrested Development.

While trying to lie her way out of further investigation, Alina states that some medicine found in her bra was meant for her mother. She wanted to smuggle that to her since her mother is sick and medicine is hard to come by. Drauz calls the bluff and actually escorts Alina to her home, where her mother is currently unaware. By an act of God, Henryk manages to get away and phones Alina’s mother to inform her, thus stopping potential disaster from unfolding. That doesn’t mean the following scene of Drauz interrogating Alina and her mother is any easier to sit through.

That’s basically the gist of the film. It captures a snapshot of one of the worst periods in modern history and delivers a message of hope. Even throughout the most harrowing and devastating of circumstances, certain groups of people will band together and confront evil head-on. It’s a message that isn’t lost on our current society, which is still stuck in the thick of a terrible pandemic. We can’t lose hope even when each new day seems worse than the last.

It’s just that as I think back on Alina, I’m kind of at a loss for what more to say. It’s an intense and gripping 26 minutes, but it doesn’t leave much of an impression beyond that. I’m quite surprised and pleased with the performances, but there isn’t any kind of dive into Alina’s character or even some description of her past. We learn that she’s caring and willing to risk her life for others, but that’s about it.

Most of the secondary characters feel like set dressing more than anything. I understand the intention of the film is to be realistic and accurately portray how these women tricked the Nazis, but I would have liked even just a little development. Alina is set in a time period that has been thoroughly mined for stories, but one that is a stark reminder of the evils that man can do. Blow this out into a feature-length film and I feel it could create an even better story of triumph.

But maybe I’m missing the point. I still cannot believe that it’s been less than 80 years since World War II came to a close. Something so vile and disruptive should be a thing of the distant past when humanity was still scrambling to discover its place in the world. That it happened during the lifetime of our grandparents and great grandparents shakes me to my core.

Stories like Alina are the only way that younger generations will ever learn of the atrocities that Hitler and the Nazis committed to society. If cutting out the fat from the narrative and dropping the embellishments is the way to get these people to learn about this black spot in history, then I suppose I can’t argue with that. It certainly creates an effective little film. 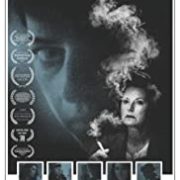 It’s easy to like this one. Some minor gripes here and there, but still solid.
7

Alina may not be the most fleshed-out short film, but it provides a snapshot of a history that captures the tension and fear many experienced during World War II.