0
They've Made a Huge Mistake

When Netflix originally announced that it would be reviving Arrested Development for a fourth season, fans were ecstatic. The irreverent and off-beat comedy got screwed over by Fox and killed off long before it should have. While the show did have what you could consider a proper finale, there was still more to be done with the Bluth family and their reckless abandonment of conventional family wisdom.

Then the fourth season aired in 2013 and fans were puzzled. What was once something that could be considered the funniest and smartest show on television was now some experimental comedy that took away the entire dynamic of the original run. While it had some funny moments, this certainly was not the show fans had fallen in love with. Many years later, Netflix would rescramble the fourth season into something resembling the first three while simultaneously announcing that a new fifth season was on the horizon.

While I found the first half of season five to be decent enough, something has gone terribly wrong with part two.

For the sake of brevity, this review will only be covering the second half of season five. Netflix has a new tendency to cut up its seasons into halves so they can be delivered at different rates. While I assume the reason is to allow for criticism to have an impact on the show, I have a sinking suspicion this is done to keep users from signing up for a single month and blowing through shows in a day. Whatever the reason, this review won’t majorly focus on the first eight episodes aired in 2018.

The first half of Arrested Development’s fifth season was shaped like a murder mystery. Following directly from the ending of season four, Buster Bluth (Tony Hale) is being held on charges of murdering Lucille Austero (Liza Minnelli) and Michael Bluth (Jason Bateman) has taken the charge in trying to prove his innocence. While I could go over the specifics of the plot in more detail, the main positive that season five had over the previous one was that the Bluth family spent more time together.

Due to scheduling conflicts, most of the actors weren’t able to reunite on set during the fourth season. This necessitated a change in direction, which is what gave us multiple storylines focused on individuals rather than the formula the series had established. A lot of fans were turned off by this and with good reason: some of the best comedic moments from the original Fox run of Arrested Development came from the interactions that the family members had. I don’t think I’ll ever be able to forget the moment where all the Bluth kids are getting drunk in the model home and Buster rips their mother a new one. 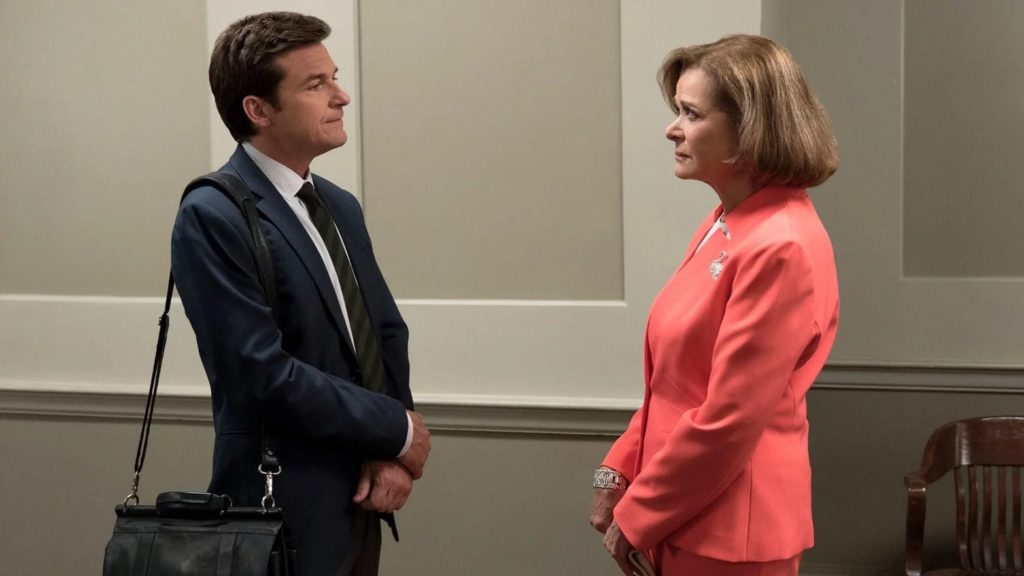 Season five rectified that but still had to lean on the material that season four contained. It made for a somewhat mixed bag of episodes, with certain moments being hilarious and others feeling like cheap throwbacks to classic moments. Sadly, instead of correcting that balance or trying to make sense of the growing complexity of the plotline, part two of season five doubles down on the stupidity. I can say, without hesitation, that this is the worst string of episodes in the series history.

Part two starts with Buster being on the run with his uncle Oscar (Jeffrey Tambor, who doubles as Bluth patriarch George Sr.) and missing the “Out of Jail Party” the family has thrown for him. Little did Buster know, he was actually released from jail earlier that day, but he assumed his inclusion in a parade was a chance to break out. This sends the Bluth family in pandemonium trying to find Buster before he talks and reveals something about the family’s nefarious plans.

Right from here, I have to warn any potential viewers to catch up on the show. I figured jumping in cold after watching part one nearly a year ago would be fine, but I had forgotten some of the finer details this plotline was covering. Even if the material here is a dramatic step down from the past, it still feels like the second half of a season instead of an entirely separate project. You’ll be utterly lost if you don’t either re-watch the first half or go over plot summaries to refresh yourself. 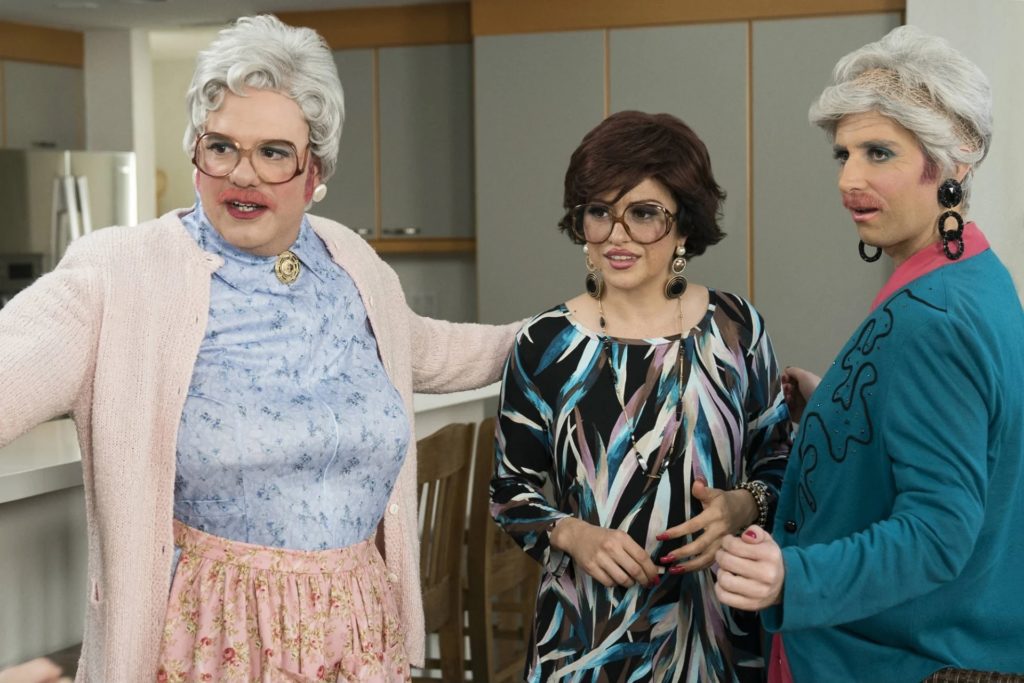 Anyway, after that first episode, the remaining seven all try their best to rush to the finish line of the various different threads running through each character. George-Michael (Michael Cera) has his fake internet security software company causing troubles for him, Tobias Funke (David Cross) is seeking shelter with his adopted family, and Gob Bluth (Will Arnett) is still reeling from the supposed death of Tony Wonder (Ben Stiller). It’s a lot for this relatively short season to cover and it feels like that 10-month gap between halves wasn’t spent trying to consolidate these plotlines in any meaningful manner.

What I mean is, the show wears the same clothing that it used to, but nothing fits anymore. There are the fakeouts and censored curse words and late episode revelations, but the punchlines seem to be coming out of thin air. I suppose George-Michael hiring Gob and then indirectly getting involved with the Chinese makes logical sense, but it has no build-up in any of the previous episodes. It’s just a thing that happens and then takes until the end of the season to get resolved.

I’m also not sure what all the callbacks to the original run are about. We still have characters quoting, “There’s always money in the banana stand,” but that plot point is barely relevant to this season and mostly reminds me of times when the show was legitimately good. I guess that’s better than being reminded of anything from season four, but these jokes feel like the writers were trying to have their cake and eat it too. 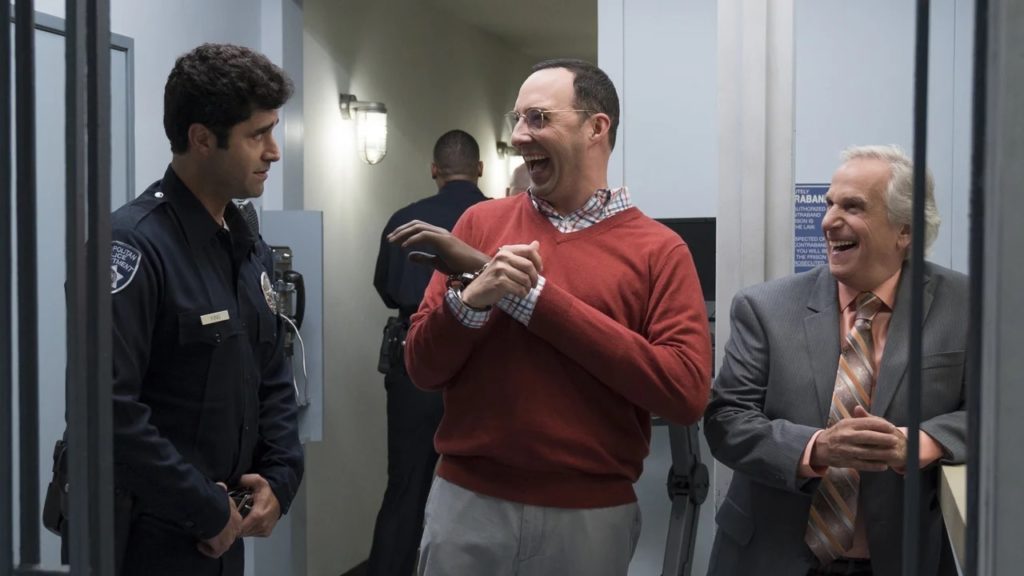 That’s not to say some moments aren’t funny. There are a couple of raunchy lines that each Bluth throws at each other, but the tone of the comedy is a lot meaner than it ever used to be. I know the original run was all about Michael hating his family and reluctantly solving their baggage, but everyone really seems to hate each other in the Netflix episodes. Season four went heavy on this, but I don’t understand why Michael decides to stick around after all the crap that happens here.

What really hurts is that part two of season five drops informing the audience about what is going on. The best example I can give from the past happens in season one. Gob and Michael fall in love with Marta, a Spanish soap opera star that is confiding in Michael after Gob treats her like garbage. Eavesdropping on a conversation, the brothers hear something about a man named “Hermano” and that sends the two of them into a frenzy. Astute viewers will know that Hermano is Spanish for brother and the joke stems from how oblivious Gob and Michael are.

Season five has absolutely none of that foreshadowing or wit. Michael will be looking over files, get hit with a revelation, then something wildly different happens in the reveal. It feels incredibly cheap, but also like no one involved knew how to wrap up the punchline. There’s no follow-through and as such, viewers feel cheated out of a potential laugh. 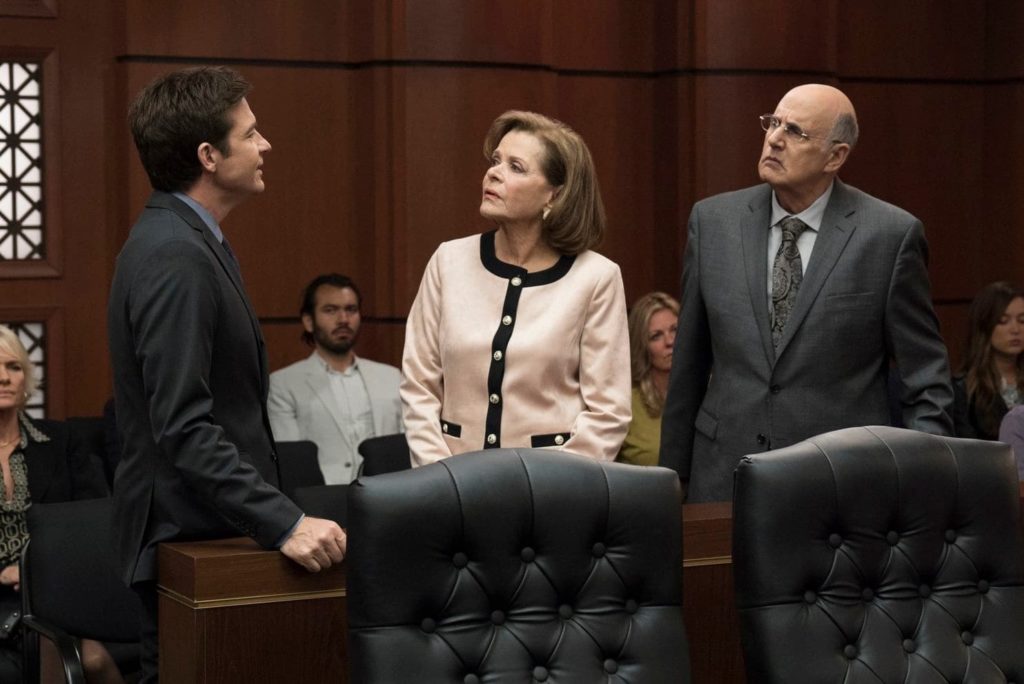 Maybe I’m just dwelling too much on those deficiencies, though. Shifting to the technical aspects of the show, season five part two just feels incredibly lacking. I’m not sure if the editors were in a rush to get this finished, but I haven’t seen such sloppy use of ADR in a long time. Cuts between different angles don’t sync up well and lip-syncing is dramatically off in a lot of instances. There’s even an extended take where the screen is split between two views, but one is obscured by a lens flare. Maybe it’s an intentional jab at the low quality of Netflix programming (Michael and Buster are talking about a streaming show), but it looks absolutely terrible.

Watching this back half of season five is mostly like that. There are times when I chuckled and none of the actors feel like they are phoning it in, but nothing about this run of episodes feels like they were worth the effort. Maybe it’s nice to have an old favorite getting new content, but if the quality is going to suffer, then what’s the point?

The best thing to come about after finishing season five was the desire to rewatch the original three seasons. I’d love to cleanse my palate of the garbage that Netflix has created here and go back to a time when the show was unceremoniously canceled. Maybe it was an unjust decision, but at least Arrested Development went out on a high note. Lumping in these last two seasons with those original three ends up making me sad that television production can be so complicated.

There was a time when Arrested Development was must-watch television. Sadly, that time passed 13-years ago.

Went wrong somewhere along the line. The original idea might have promise, but in practice it has failed. Threatens to be interesting sometimes, but rarely.
3