0
After the rollercoaster season two finale, this season will pick up the pieces.

After the first few preview images were released earlier this week for the new season of Cobra Kai, fans finally have an actual trailer and it does not disappoint. There honestly is so much to unravel here that you may need to watch it a few times. Just make sure to hit the pause button to fully digest just what is going to happen this season: I know I certainly did a few times.

Season three will pick up directly from where last season ended. It certainly did not end well for our boys Miguel and Johnny (mostly Miguel). He’s still in a coma after that bad fall from when the two dojos had their all-out brawl in the halls of their high school. It does appear that the rumors are true and Daniel and Johnny will team up to bring down Kreese, who has of course stolen Cobra Kai from Johnny. There is going to be a lot of soul-searching for all the main players this season and how it will play it out is anyone’s guess. 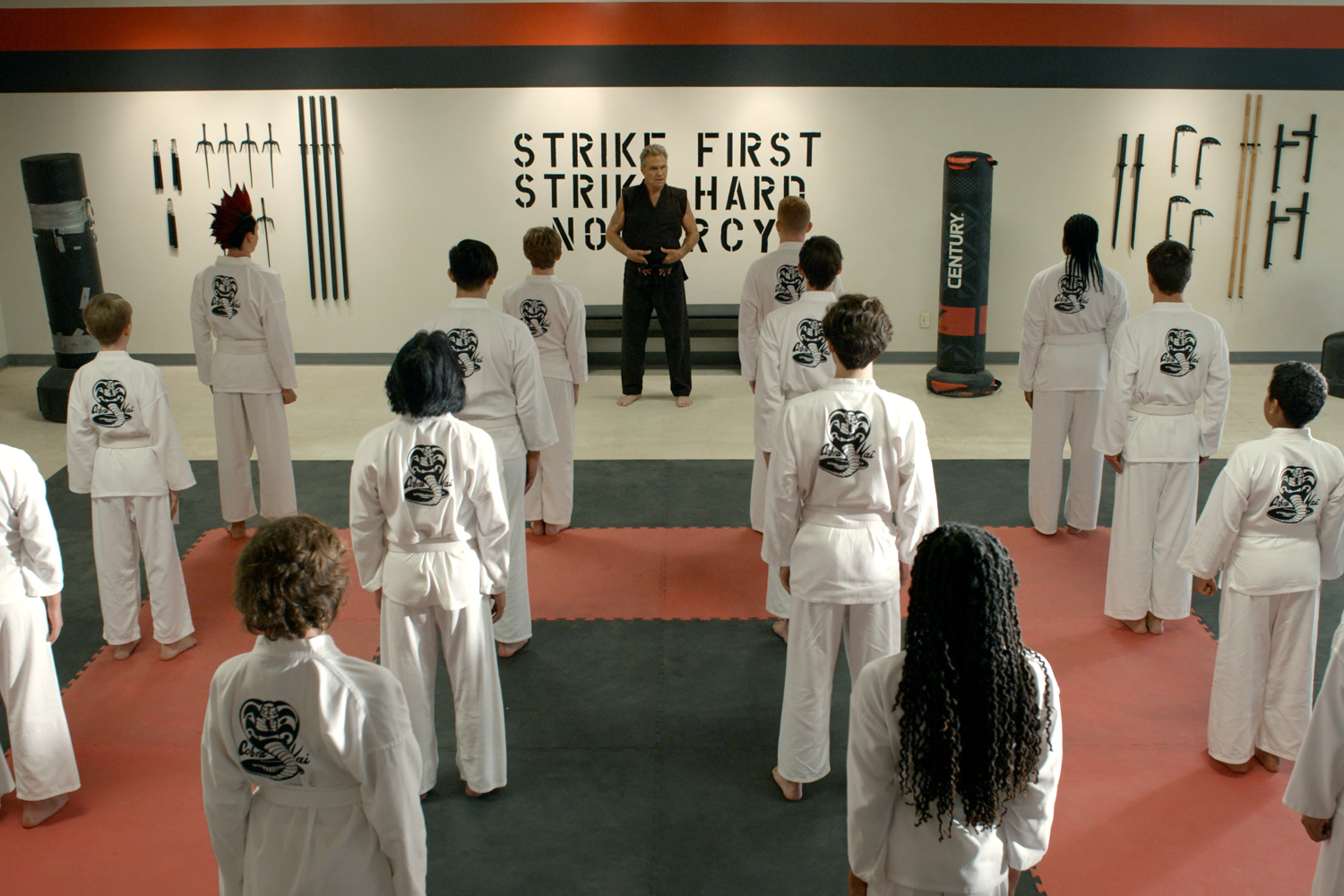 The main reveal that was hinted at in the teaser we saw a few months ago is that Chozen from Karate Kid Part II is going to make a cameo along with other characters from that film. This series keeps getting better and better! One thing that was not revealed, however, was if Ali will show up after sending Johnny a friend request that he sadly didn’t see. Johnny’s son, Robby, is also in a tough spot in what seems to be juvie and not doing well. Now, how that ends will likely be a main plot throughout the season.

Whatever craziness is about to play out next month, I can’t wait for. You can catch up on all the karate action when Cobra Kai Season 3 returns to Netflix on January 8, 2021.

Tarah Bleier
Tarah Bleier is a freelance writer, editor, and content creator from Toronto, Canada. Former Staff Writer at Daily Esports she is now the News Gatherer, finding breaking stories, and doing research to get the site the most up to date content. She currently actively writes for, Flixist and Outright Geekery. As a graduate from Centennial College’s Journalism program, she has also written for Nintendo Enthusiast, PC Invasion, Tribute.ca, Factinate.co .In her free time, she loves gaming, travel cosplaying, prop making, and attending as many conventions and geeky events as she can.