0
There better be a Jamie Lee Curtis cameo

Happy Death Day, how I wish you’d get another sequel. Yea, the first movie missed the mark slightly but your second, genre-hopping movie was incredible. Sadly, it didn’t do so well so we probably won’t get Happy Death Day 3. However, we are getting Freaky as a cancellation prize.

From the director and writer of Happy Death Day, Freaky is basically another movie where he’s taking a classic comedy set up and turning it to horror. This time instead of doing Groundhog Day he’s tackling Freaky Friday. The twist is that the people switching bodies are a teenage girl and a serial killer, making for another unique concept out of tired tropes.

It also helps that the serial killer/teenage girl is being played by Vince Vaughn who has both the creepy killer and comedy chops to dance about in both worlds. If you haven’t seen any of Vaughn’s more recent work I seriously suggest you check it out as the man has been delivering fantastic turns in ultra-violent and dramatic movies. That mix is just perfect for this movie and if it has the same wink-at-the-camera quality as the Happy Death Day films its going to be fantastic.

The movie also stars Kathryn Newton, Celeste O’Connor, Misha Osherovich, and Uriah Shelton. Clearly Vaugn is going to be the selling point here but the rest of the cast does look like they’re at least keeping up. Hopefully, the film pushes the tropes it’s playing with with these characters well too.

Freaky will release in theaters on November 13. That’s a Friday. A freaky Friday the 13th. Sometimes a reduced box office due to COVID is less important than releasing your movie on the exact right date.

Check out the poster below as well. 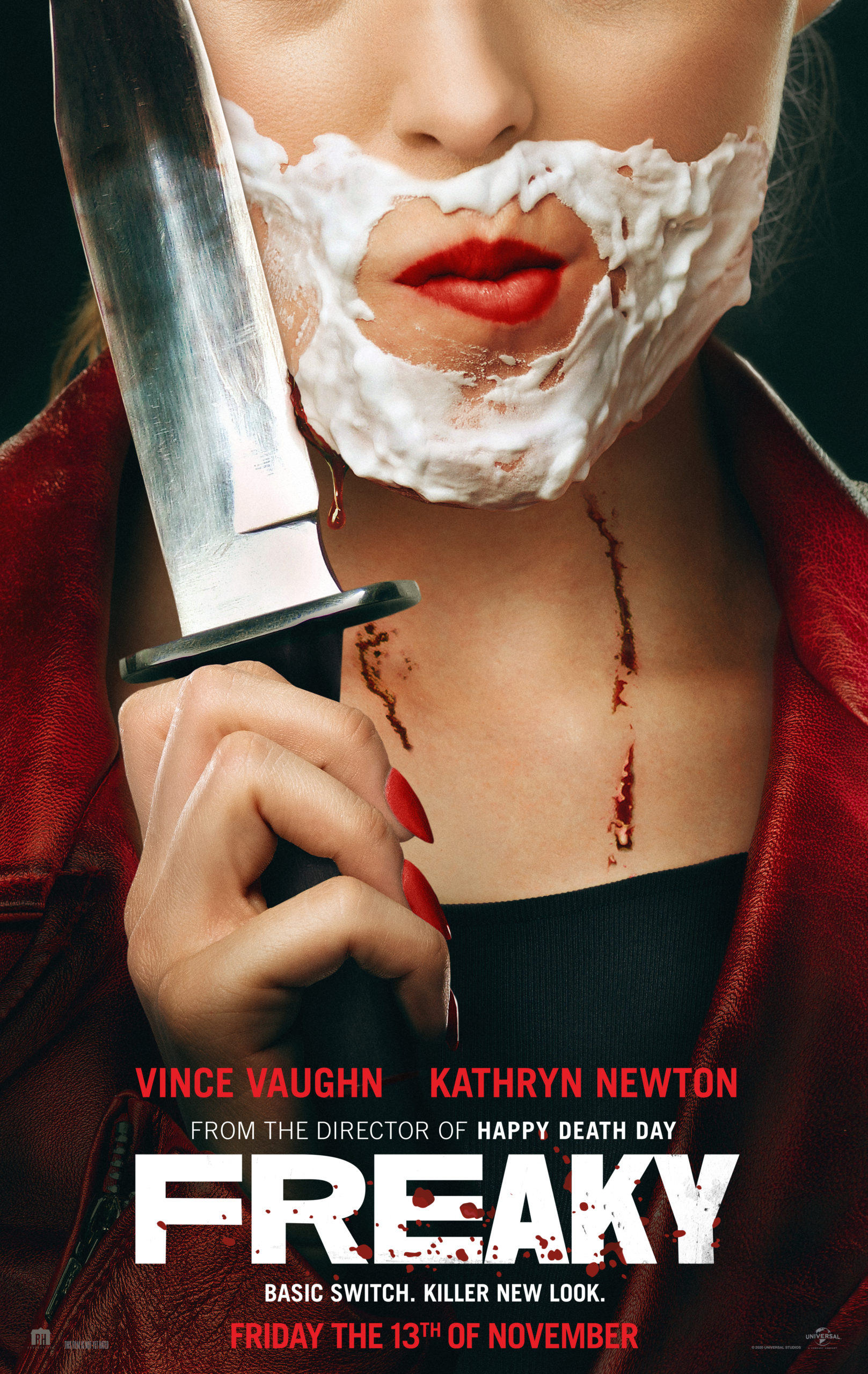