Putting another spin on the post-apocalypse is the new trailer for The Midnight Sky, George Clooney’s latest turn as director following 2017’s Suburbicon.

Clooney also stars as Augustine, a snowbound scientist on a future Earth, devastated by some worldwide mishap or another. Cooped up with Iris (Caoilinn Springall), a mysterious child, the fuzz-faced Augustine catches wind of an incoming cadre of astronauts, inbound after time away from Earth and oblivious to the snowy, end-of-world-y mess the planet’s become. In a race to warn the inbound spacefarers, fearing a rocky landing, the scientist and young girl race across the Arctic expanse to reach an antennae strong enough to allow for contact with the incoming crew. 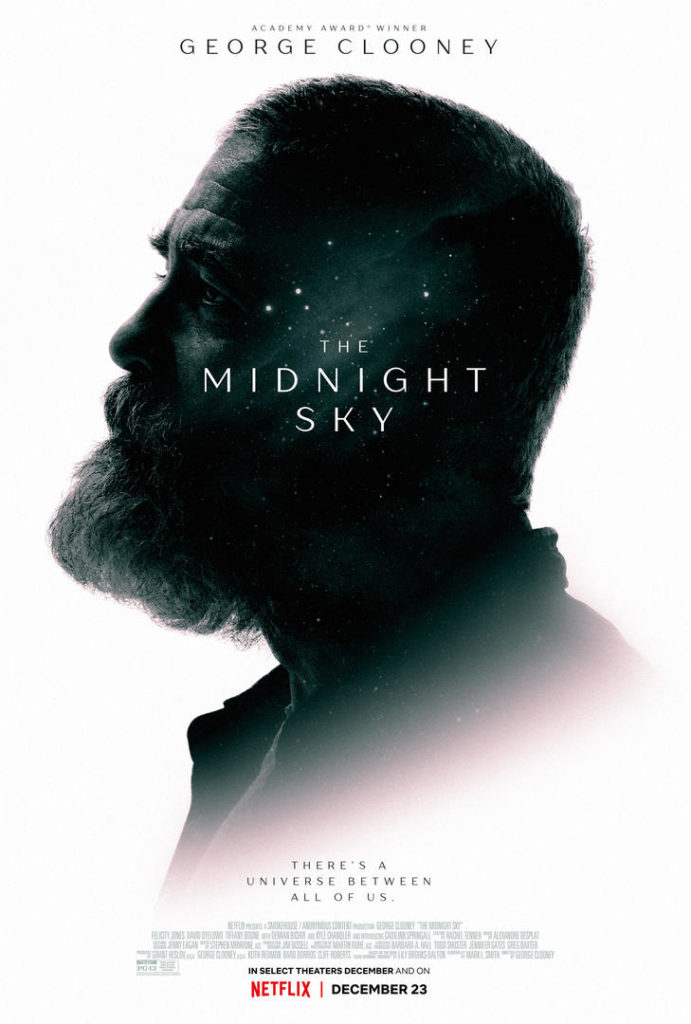 With a score by the great Alexandre Desplat and no shortage of terrific actors, The Midnight Sky is poised to be a big end-of-year spectacle like any other. The new trailer hits familiat beats in the big-budget sci-fi drama category, but certainly has the talent to become worthwhile viewing for the chillier months of the year. Hitting Netflix on December 23rd, there’s not too long to wait until we’ll be able to thaw and see whether The Midnight Sky is a world worth saving.