Over the course of the last two decades, nerd culture has grown from that thing Hollywood rejected into the box-office mega-machine that is currently big-budget filmmaking. If you had told anyone in the year 2000 that a Marvel licensed movie would one day become the highest-grossing film of all time, they likely would have laughed in your face. The same thing happened with video-game adaptations, which have progressed from moderate success to tremendous blockbusters.

What caused this cultural shift in perception? The change likely stems from the fact that children of the 90s are now grown up and have thrown out the negative perception of generations before. Those same kids are also filmmakers in their own right, wishing to pay homage to the things they grew up with. Martin Scorsese is unlikely to make a video game documentary, so why not someone young and with a genuine interest in the medium?

That’s where Insert Coin slots in. A feature-length film on the rise and fall of Midway Games’ coin-op business in the 90s, the entire project is filmed with a loving appreciation for the quirky and controversial arcade games that the company put out. It may not be the most in-depth film around, but it’s hard not to enjoy yourself when watching.

Split into a series of different chapters, Insert Coin is the story of how Williams Entertainment struck gold with games like NARC and Smash TV before it ended up acquiring Bally Midway and creating the multi-media success that is Mortal Kombat. While not specifically covering the founding of the company, many of the people most instrumental in Williams’ success are featured and give insight into their development process and how the company practically represented the Wild West of gaming.

Throughout, we’re treated to interviews with Eugene Jarvis (creator of Defender), John Tobias (co-creator of Mortal Kombat), Mark Turmell (director of Smash TV), Tim Kitzrow (voice talent featured in NBA Jam), and even some non-industry folk like Paul W.S. Anderson (director of the Mortal Kombat film) and Ernest Cline (author of Ready Player One). With the different chapters focusing on specific games, the information doesn’t become jumbled up as the film progresses. You often know exactly what each person is talking about and how it relates to the overall story of Midway Games.

What I especially liked was seeing games industry pundits Andrea Rene and Jeff Gerstmann. Known for their charming personalities and in-depth looks at the medium from a consumer perspective, it gives Insert Coin a quality that most video game themed documentaries lack: relatability. Not that one can’t relate to the creators behind games (because the cast of developers here are some of the most colorful and down-to-earth people around), but there’s often stuffiness to things like Netflix’s High Score that can feel like it is pandering to the audience. Insert Coin doesn’t have that sensation of talking down. 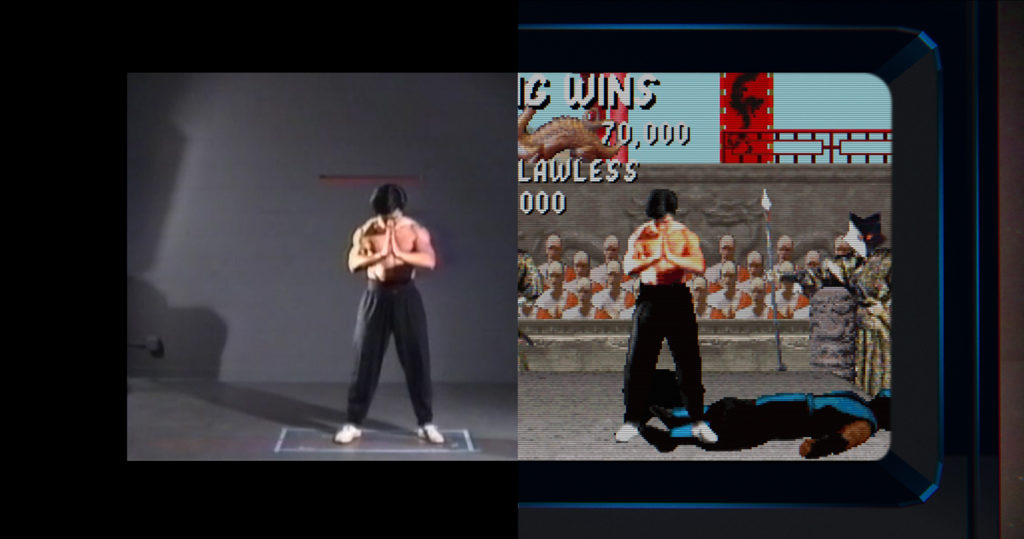 That might make the film a bit unapproachable for people unfamiliar with games. I might balk at how hand-holdy other documentaries can be, but those are often made for viewers with absolutely no knowledge of the subject at hand. Take something like the critically acclaimed March of the Penguins and show it to a zoologist and they’d likely be bored out of their mind. Still, it’s nice to finally see something video game-related that feels like the director had a true passion for the subject matter at hand.

That passion doesn’t necessarily extend to the editing, which can be a bit basic. That was likely an intentional decision and while I appreciate the interstitial title cards that fuzz in and out like an old CRT, most of Insert Coin lacks a specific style. It’s not overly professional like a History Channel documentary, but you could fool someone into thinking this was a daytime network anthology series.

As well as that, there is a surprising lack of insight into how Midway Games collapsed following the decline of its coin-op business. Arcades were never quite as popular in America as overseas, but Midway was making tons of money at the height of things. Due to a lack of foresight, the company began to scramble as arcades were starting to fold and that led to a series of lackluster game releases that eventually culminated in Midway shutting down in 2008. None of that information is contained in Insert Coin apart from a few slides at the end. 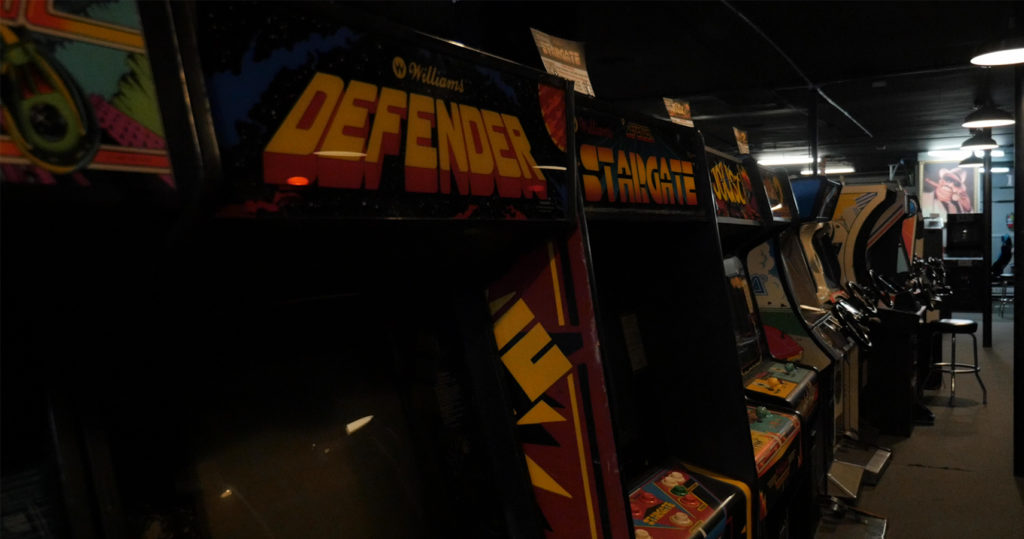 It’s obviously not meant to be a complete retrospective on the company, especially since it begins in the early 80s. Both Williams Entertainment and Bally Midway were already something of forces to be reckoned with at the time, but you aren’t getting an exhaustively comprehensive history here. This is more a document of the most exciting time, which does make for some good stories.

I particularly like the bits where Jarvis explains how he randomly left the company one day to break off on his own and everyone was left unaware. Tobias also recounts how he and Ed Boon (the other co-creator of Mortal Kombat) got their start in the company, which is insightful. Even if you’ve studied these games and this company for a long time, there is bound to be some information that is brand new.

That’s ultimately what made me enjoy Insert Coin. It doesn’t reinvent what is possible for a documentary, but it’s made with such zest and such reverence for its subject matter that you end up glossing over any deficits. Once you let go of what could have been, you’ll be strapped in for a ride that sees a bunch of young guys getting rich quickly and eventually falling into stability in their later life. It’s certainly sad that Midway is gone, but nothing of this story makes it sound like the people working had a rough time. Everyone looks back fondly on this period of prosperity 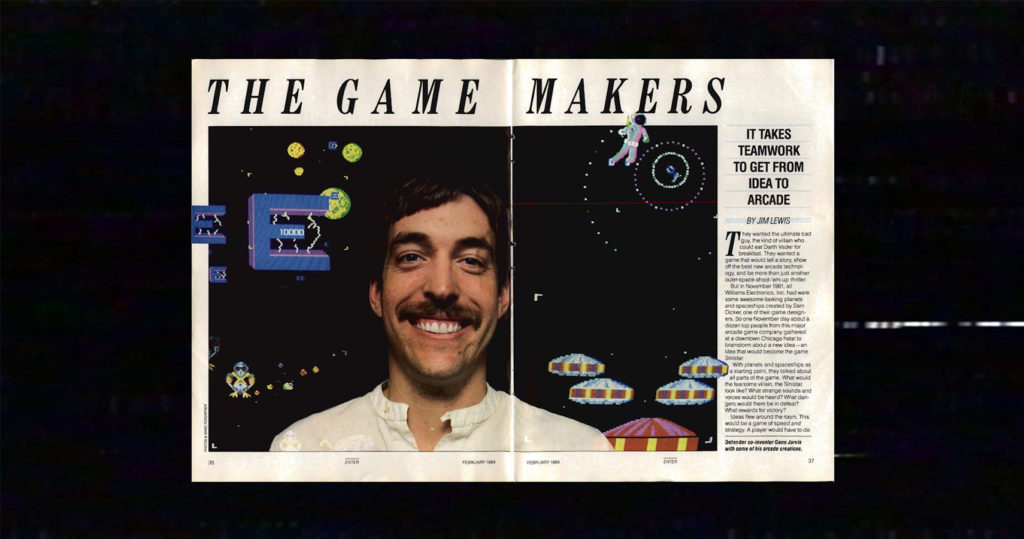 In an era where most majortriple-A developersare beingouted as trash, it’s refreshing to learn that one company wasn’t complete garbage. It’s also nice to see a video game documentary that understands its viewers already know certain lexicon and have extensively played the games mentioned instead of describing things like it’s the first time you’re hearing about them. That’s all any game-loving person can ask for.

I would have liked a more extensive look at this company, but I can’t blame director Joshua Tsui for keeping things focused on a particular period. Being that the mid-80s to late-90s were Midway’s most prosperous time, it’s not much wonder why Insert Coin would rather recount the glory days instead of dwell on the downfall. Maybe if there’s ever a follow-up, we can get that all-encompassing look at one of America’s finest developers.

As it stands, Insert Coin is still worthy of your time if you love video games and want to learn more about the history behind them. Even if you don’t learn something new, you’ll still likely leave with a smile on your face and an appreciation for what Midway Games brought to the table. 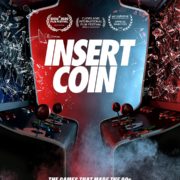 Insert Coin doesn't reinvent the wheel on how to make a documentary, but it provides a brisk and fun look at the history of Midway Games.