We’ve all heard and repeated the phrase, Black Lives Matter. But do we mean it? Are we willing to risk ourselves and sacrifice our comfort for it? For the Mangrove Nine, a community of West Indian people turned activists in London’s Notting Hill in the 1970s, it wasn’t just a cute slogan. It was their reality.

For a long time I’ve been looking forward to Steve McQueen’s Mangrove, an explosive account of the Mangrove Nine and their highly-publicised court case seeking equal rights. Opening this year’s London Film Festival, it’s the first installment in the Small Axe series, covering a spectrum of civil rights movements between the 1960s-1980s, which will become available on BBC One from November 15 and Amazon Prime from November 20.

We’ve covered a few of the episodes at this year’s New York Film Festival, of which Mangrove is the first. Lovers Rock, the second installment, is the only fictional version of events of the anthology: it sees a young couple enjoying an elated house party against a backdrop of social issues. Red, White and Blue, meanwhile, is a thrilling career-best from John Boyega, a black police officer fighting systemic racism in the 1980s.

Together they tell disparate, but connected, stories of racism sadly still so evident today; the solidarity characters show is surely a call to all of us to battle complacency and to speak up when we encounter hatred in any form. 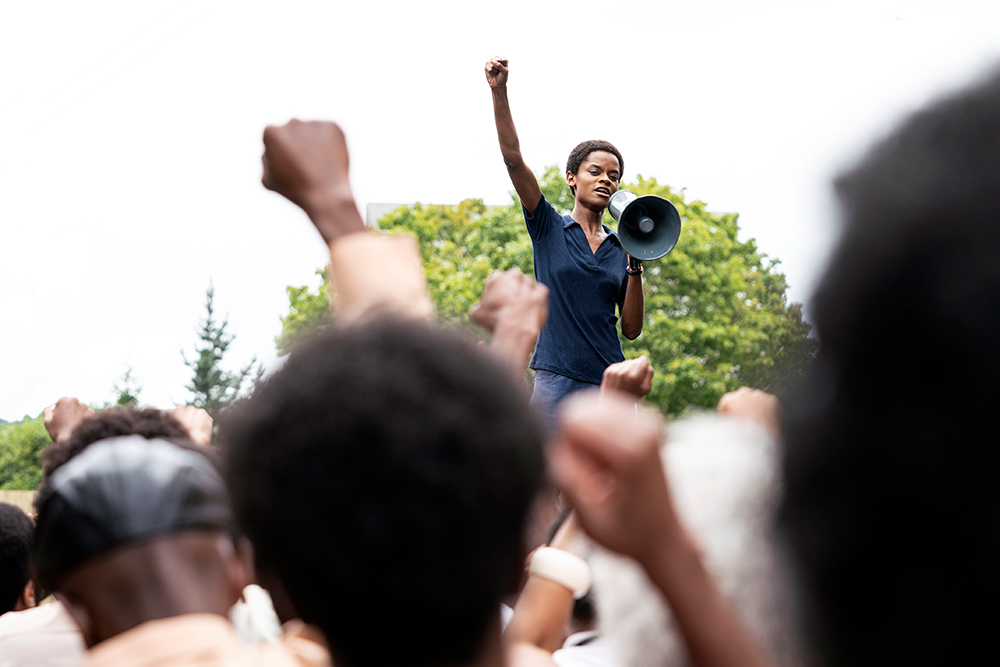 Barbara Beese, Rupert Boyce, Frank Crichlow, Rhodan Gordon, Darcus Howe. Anthony Innis, Altheia Jones-LeCointe, Rothwell Kentish, and Godfrey Millett. These were the names of the individuals who took a stand and affected change. I’m going to take a closer look at Barabara Beese and Altheia Jones-Lecointe and their contribution to this seismic cognitive shift in the public consciousness.

Letitita Wright headlines the film and there’s no doubt her character, Altheia Jones-Lecointe, is a driving force behind the Mangrove Nine’s movement. She is a frequent visitor to the Mangrove, which starts out as a small, West Indian restaurant in London’s Notting Hill.  Its reputation grows and it soon becomes a fixture in the community and, through no ill of its own, a source of conflict with local police. This has nothing to do with its owners or visitors but everything to do with racists upholding an institutionalised prejudice.

As police raids become more frequent and less accountable, it’s clear that they’re not rooted in any kind of truth but exist purely to gratify the sadists who run the department. This becomes painfully clear when a new recruit realises that raids are carried out on a whim (yes, at the drop of a card, like a game) and that people’s lives are toyed with so flippantly. 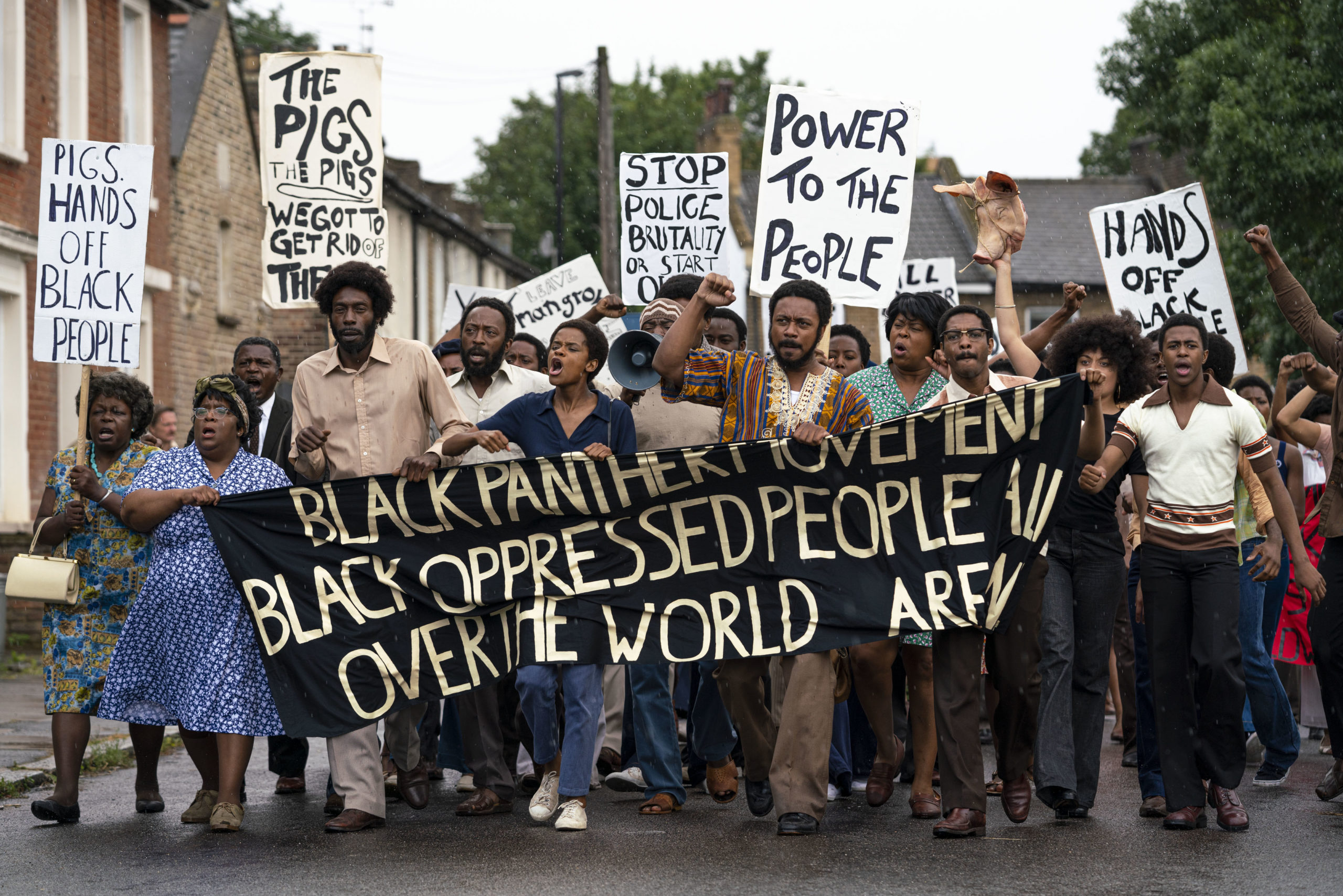 Altheia becomes one of the most vocal, most passionate, and most deeply invested in the court case against corrupt police forces. An active leader in the local Black Panther group (a fortuitous nod to Wright’s blockbuster fame) She is the one others turn to when they feel like giving up. She is the confidante who shares their burdens but buoys them with her strength and resolve. She skillfully de-escalates crises and altercations, showing her natural leadership. Altheia, I would go so far to say, is the herione in McQueen’s version of events.

Letitia Wright’s performance is superb and it almost feels as though she doesn’t have to act, so strong is her personality, as if she has always possessed the tenancity of Altheia’s character. To me, this speaks volumes about her excellence as a performer and communicator.

Altheia and her close friend Barbara Beese (played by Rochenda Sandall), have to rely on each other when times get hard. With Altheia expecting a child and Barbara taking care of her own infant, the two are mothers but don’t let their motherhood or status as wives define them. Instead, they are part of the collective effort to make life better for future generations, and they see it as their duty to fight and, more often than not, to lead others in their battle.

Barbara, too, is a particular favourite in the film. She’s well aware of her half-Black, half-white parentage; as she asserts to her husband Darcus (Malachi Kirby) in her opening scene: “You are used to being the majority. But every time I’ve walked into a room, I have always been the minority.” Police officers degradingly refer to Barbara and her child as ‘half-caste’ which, although it’s a product of a deeply flawed system, is still shocking to hear out loud.

It’s clear Barabara had a troubled upbringing, faced with such overt racism and put into care from a young age. Her fear that she will be separated from her husband and son and the same fate will fall on him is largely her motivation for fighting with such vivacity. 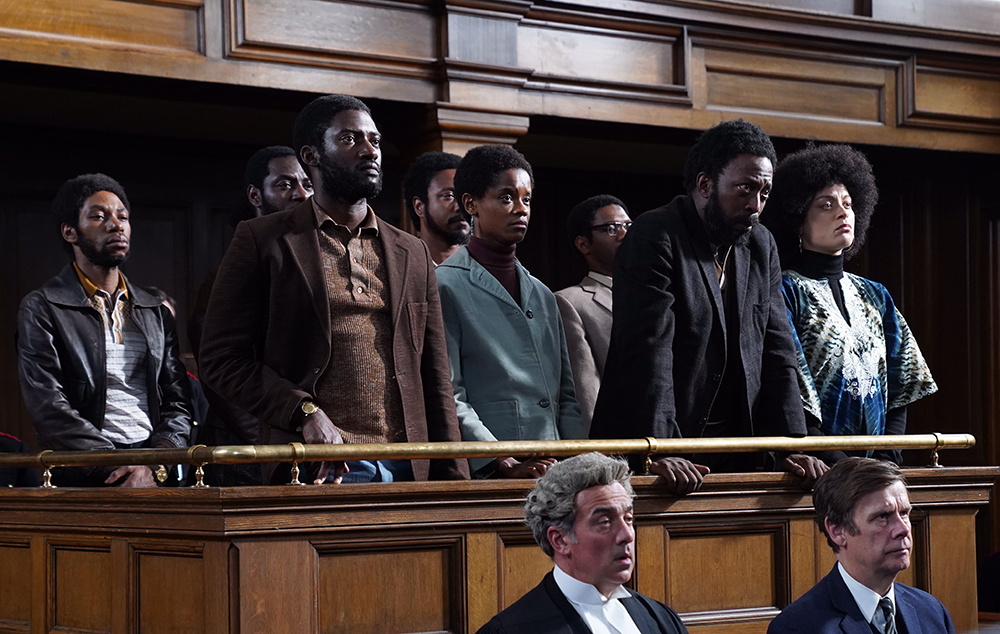 So strong is Barbara’s conviction and sense of justice that she goes to extremes to ensure that she is heard. When a peaceful rally is organised, it becomes apparent quickly that she will not stand for passivity. She finds a pig’s head and holds it aloft during the rally, a symbol of defiance and a nod to the nickname given to police officers. (There have been numerous accounts of the events surrounding the rally and I find it slightly laughable that some offer a warning that a pig’s head is the most upsetting thing about the piece: such an assumption wildly misses the point.)

While the men in this film pay their dues, and each is strong, talented, mindful and caring in his own right, the women in this film shine brightest for me because of their resolve not only to challenge racist stereotypes, but sexist ones too. They are some of the most fearless people on the screen and I believe that their contribution to the cause had the power to sway the court in their favour.

Barbara Beese and Altheia Jones-Lecointe were not extraordinary people. They were ordinary women, friends, wives, mothers, who were tired of living in a state of fear and oppression and they decided to do something about it. How powerful would it be if every person had their courage and tenacity?

These women join the ranks of activists, thinkers and writers from Maya Angelou to Audre Lorde, bell hooks to Reni Eddo-Lodge. A movement of women fighting for autonomy, for agency, for equality, and for an end to systemic oppression. They are powerful leaders, as much as their male counterparts, inspiring others to join them.

I’m telling you now that this film is so prescient for this year; have we not experienced the same riots? The same civilian and police clashes? The same questioning of the veracity of our law enforcement? After all, it’s a scary place to be: if you can’t trust the justice system, who can you trust? It’s a testament to McQueen’s skill as a filmmaker that he can produce something that moves you to tears and inspires action like Mangrove. His characters, based on real individuals, are fully brought to life by these talented actors, and with such a strong female presence, it’s impossible not to feel empowered after watching.