I have a feeling the back half of The Mandalorian – Season Two is going to be mind-blowing because it’s the only thing that could explain four weeks of filler episodes. Chapter 12 – The Siege was yet another story-lite, action-heavy episode just like last week, only with some returning faces from the first season in the form of Cara Dune (Gina Carano) and Greef Karga (Carl Weathers).

After barely escaping the moon of Trask, Mando needs to make an emergency pit stop on Nevarro to get his ship repaired for the flight to Corvus. Because things can’t be easy, Dune and Karga inform Mando of an imperial base that is holding some Stormtroopers. They request his help in destroying the base, which would free the planet of Nevarro and allow it to become a central trade hub.

With no other options left (and the writers clearly wishing to fill out as many episodes as possible), Mando agrees and is reunited with one of the former bounty targets he had transported last season. Still reeling from the carbonite he was placed in, the unnamed Mythrol reluctantly lends his talents and the mission is set. They drop The Child off at a local school and speed away to kick some Stormtrooper ass. 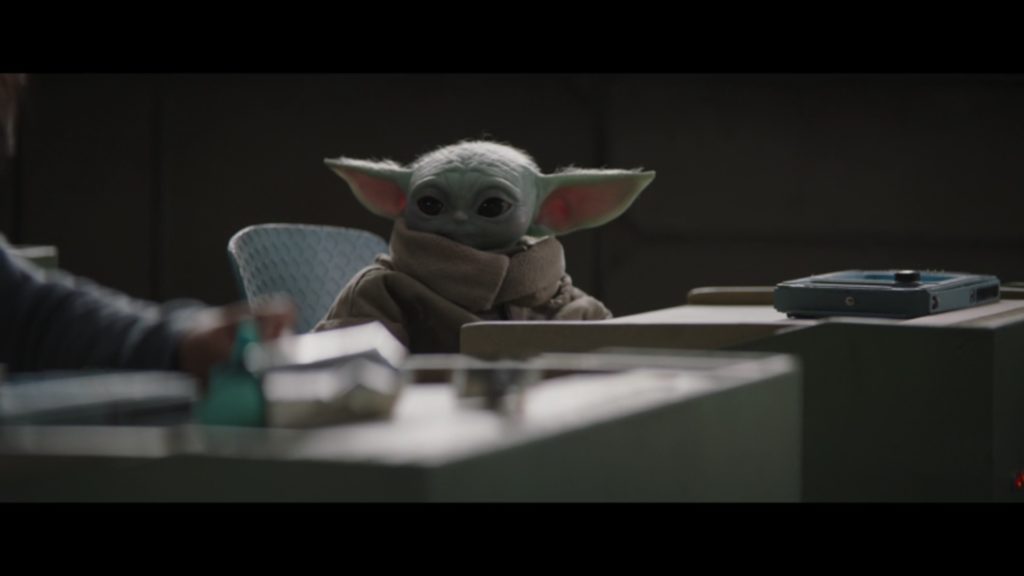 That’s essentially the gist of things. The episode progresses in a pretty similar fashion to A New Hope. The team sneaks into this base, knocks out some guards, rigs a reactor core to explode, and then proceeds to make their escape. Not a lot of dialogue is traded between characters and a ton of Stormtroopers meet their demise. It’s near the end of this sequence where things start to get interesting.

If you were a fan of the Dark Forcesseries of video games, it seems like Disney is borrowing those ideas for The Mandalorian. Just as they are about to escape this base, Mando and his team learn that it’s not actually a military facility, but something of a science lab. Using the blood of The Child, Moff Gideon has ordered his scientists to experiment on Stormtroopers to create a super-soldier variant of them. While not specifically called this in the episode, that is the setup for the Dark Troopers, which became a massive threat in Dark Forces.

Having learned this, Mando sets off on the warpath and leaves the others to their own devices. Getting stuck in something of a shootout, Dune commandeers a docked freighter and we’re treated to a prolonged action sequence with Stormtroopers on speeder bikes. It’s thrillingly shot but leans maybe a bit too heavily on callbacks to A New Hope. 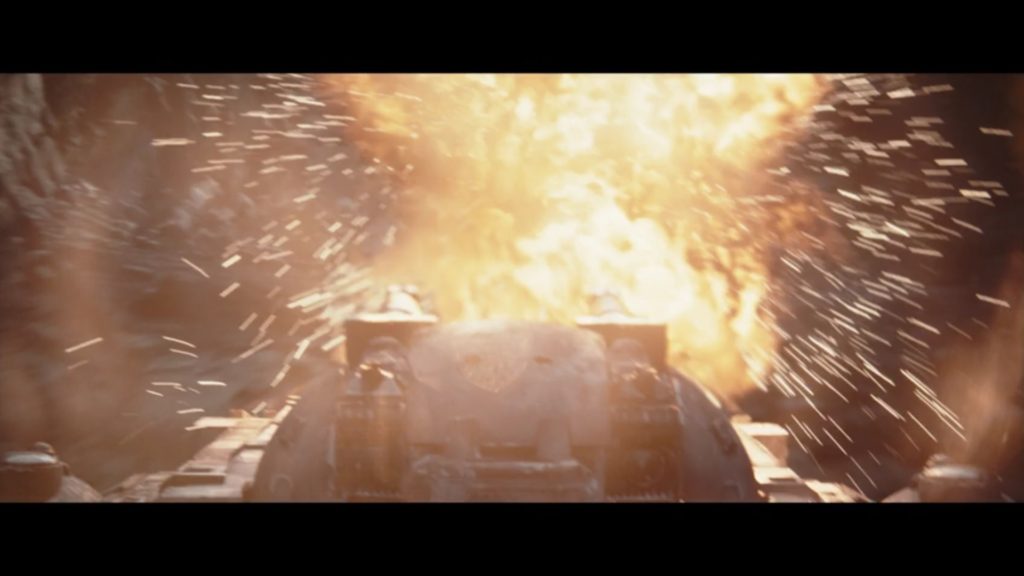 After Karga takes out the speeder bikes, Tie Fighters start to descend on the team and the tides are quickly turned. While Karga is able to shoot down one of the ships, it ends up destroying his gun in the process, leaving the team in a bad spot. Just as things look their worst, Mando swoops in with his ship to save the day and heads off to Corvus quickly after.

It might sound like I’m rushing through this explanation, but it’s actually kind of difficult to recap a more action-heavy episode. Even more so than last week, not a lot of story happens in The Siege. There are funny character moments, such as The Child stealing blue cookies (Ed. Note – they’re sweet delicious macarons) from one of the kids in class, but you won’t be getting much else.

What you will find are some very well shot action sequences that feel a step above the rest of this season. With the deft eye of Weathers in the director’s chair, The Mandalorian feels more like a proper Star Wars film this week. I might be dismayed at how inessential this episode seems, but the seeds are planted for repercussions in the coming weeks. 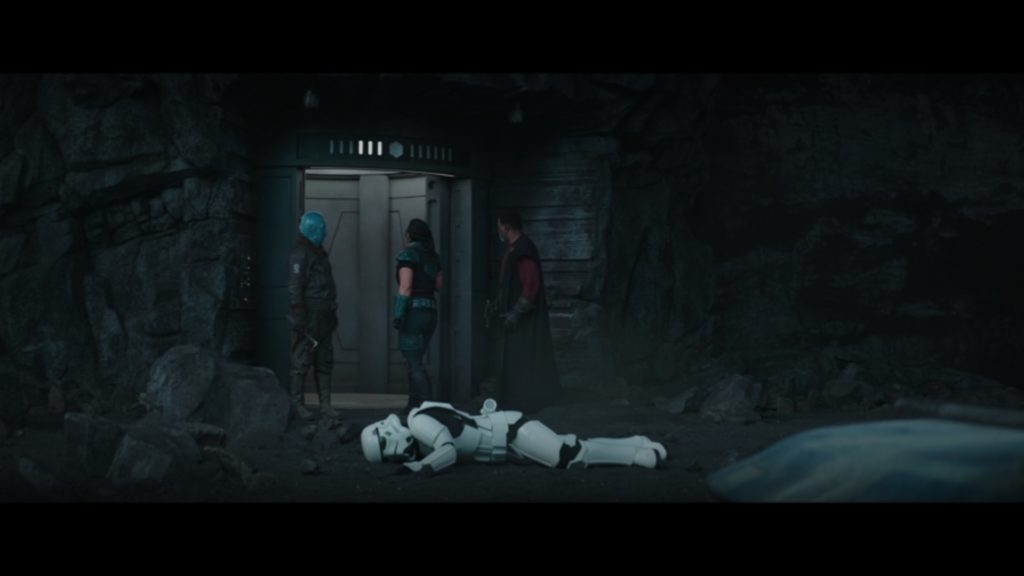 The only thing that worries me is how heavily this season is leaning into fan service. Last week, I mused about how the squad of Mandalorians that assisted Mando didn’t have much personality, but that is apparently incorrect. The leader of that squad, Bo-Katan Kryze (Katee Sackhoff), hails from Star Wars: Rebels and is heavily involved with Ashoka Tano. Now, this episode is introducing ideas from Dark Forces, which could end up with Kyle Katarn becoming a character on the show.

That’s all well and good for fans that eat up everything Star Wars, but it goes against what people loved about the first season of The Mandalorian. Instead of feeling like a self-contained series set within a wider universe, things are starting to become bloated and messy. In a bid to redefine the perception around the Star Wars brand, it looks as if Disney is adopting Expanded Universe storylines and making them canonical. I just wish this was being done in a different show as I don’t want to see The Mandalorian become like Marvel’s output.

At least for the time being, you won’t need to have seen literally everything with Star Wars slapped on it to understand the story of Mando and The Child. Maybe surprise cameos from animated spin-offs will land with all of the grace of a garbage bag hitting the pavement, but they don’t distract too much from the central plot. I really do just wish that things would kick into high gear because I’m tired of moaning about filler episodes.