At this point, I’m not sure where The Mandalorian really wants to go this season. For the third week in a row, we’ve gotten a filler episode that does very little to advance the main plot in any meaningful fashion. Episode 11 – The Heiress isn’t outright bad, but it zips by so fast with little of consequence happening that it comes off like an afterthought to pad out the season.

After barely managing to land his ship on the moon of Trask, Mando steps out of his vessel and helps reunite the Frog Lady with her husband, who I’ll just call Frog Man. The two share a loving embrace that is genuinely sweet and Mando is led to a bar where he can learn some information about other Mandalorians. He also needs some food for The Child, who can’t stop thinking with his stomach.

Trask is populated with various aquatic species, including whatever those frog people are, Mon Calamari, and Qaurrens. Once in the bar, Mando speaks with one Qaurren who informs him that he does know of other people of his kind. So Mando blindly puts his trust in the guy and boards his whaling vessel with the hope of getting some information. 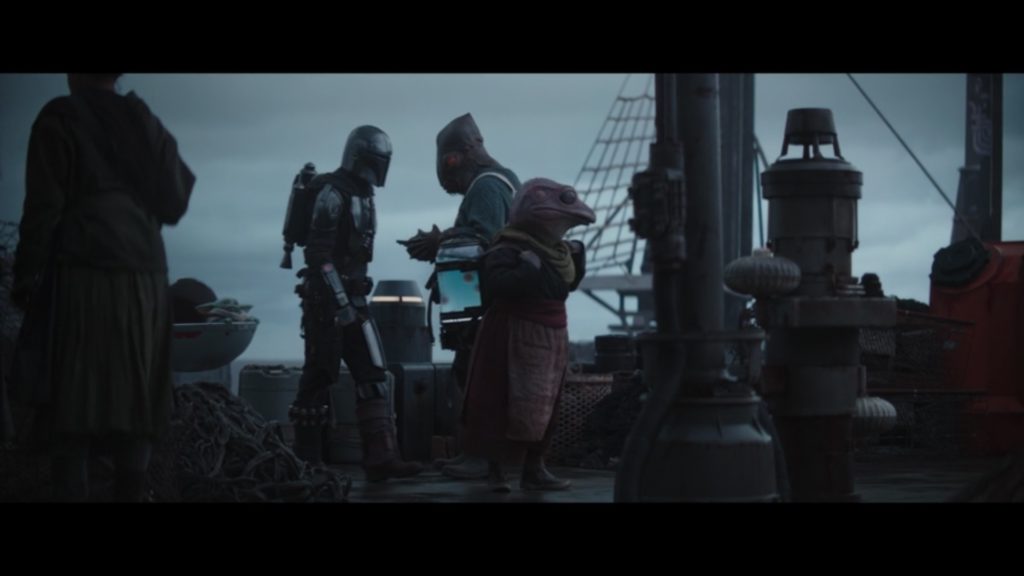 If you could believe it, the Qaurrens onboard stab Mando in the back and knock The Child into their containment hold that is housing some fish monster. Mando jumps in to save The Child but nearly drowns in the process. Just as he is knocking on death’s door, a trio of Mandalorians fly in and start wasting people. It’s pretty thrilling, especially with the claustrophobic angle that everything is shot from.

Once Mando and the Child are safe, these Mandalorians remove their helmets and put Mando on guard. In the first real expansion of lore in the series, it turns out that these people are actual survivors from the planet of Mandalore. As they explain, Mando was raised in a religious cult that is pretty much the equivalent of modern-day extremists. Mando is having none of that and quickly departs.

On a dock later that night, Mando is confronted by a rather large group of Qaurren that are looking to avenge the death of their comrades. Since he’s been having something of a bad day, Mando doesn’t mince his words and instructs them to let him pass. Soon, the Mandalorian trio from earlier jumps back in, and more bodies begin to pile up. Despite their argument earlier, they want to help Mando, but need him to help them in return. They know the location of a Jedi that may help him, but need to take an imperial transporter for its cargo. With little options available to him, Mando accepts the mission. 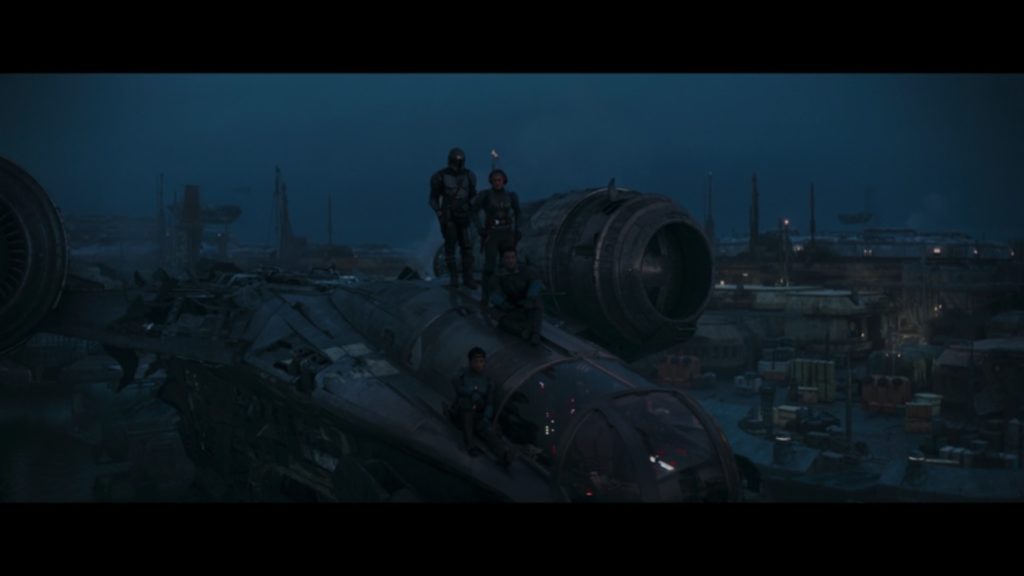 Thus begins the plot to capture an imperial ship for its payload. Honestly, it’s a mess of a story because it just glosses over every detail you’d actually want to learn. I didn’t even catch the names of the new Mandalorians introduced, but they aren’t even that relevant to anything. The interesting wrinkle of Mando possibly being brainwashed or lied to is never brought up again and doesn’t even come back in the conclusion.

After entrusting The Child with the frog couple, Mando tags along with these Mandalorians, and they board the imperial vessel like a group of pirates. After racking up a Stormtrooper body count that would make the original trilogy blush, the pilot of the ship barricades the cockpit and contacts Moff Gideon. Since things are desperate, they attempt to crash the vessel, though obviously that is averted since there wouldn’t be a show otherwise.

With the plot of the week resolved, Mando declines to help the Mandalorians further as he needs to find the Jedi they were speaking of. The leader woman tells him of Ashoka Tano, a Jedi on the planet of Corvus that can help him further. Mando then abandons ship and grabs The Child to move on to next week’s episode. 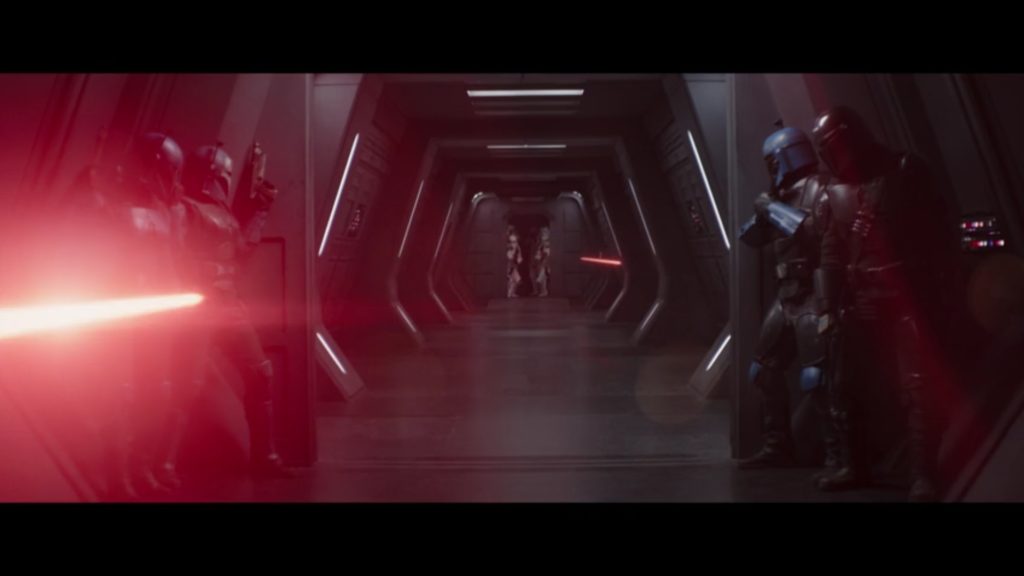 I don’t like being so dismissive of what is otherwise an action-heavy episode, but The Mandalorian really doesn’t feel like it is going anywhere. Last week’s episode struck a particular chord with me because of its emphasis on smaller character moments. We saw some sweet interaction between Mando and The Child, got the incredible antics of The Frog Lady, and even had the almost sinister turn into a creature feature with those spider things. It felt climactic, despite being slow.

The Heiress, on the other hand, feels like it could have been aired at any moment in time and not mattered in the slightest. I suppose you could also say that of the past two weeks, but this one is a real let down. It also happens to be the shortest of these new episodes, though I wouldn’t consider that a fault. I guess after seeing so much build-up for the main plot of the series, having the next episode blast past every detail just causes too much in the way of whiplash. 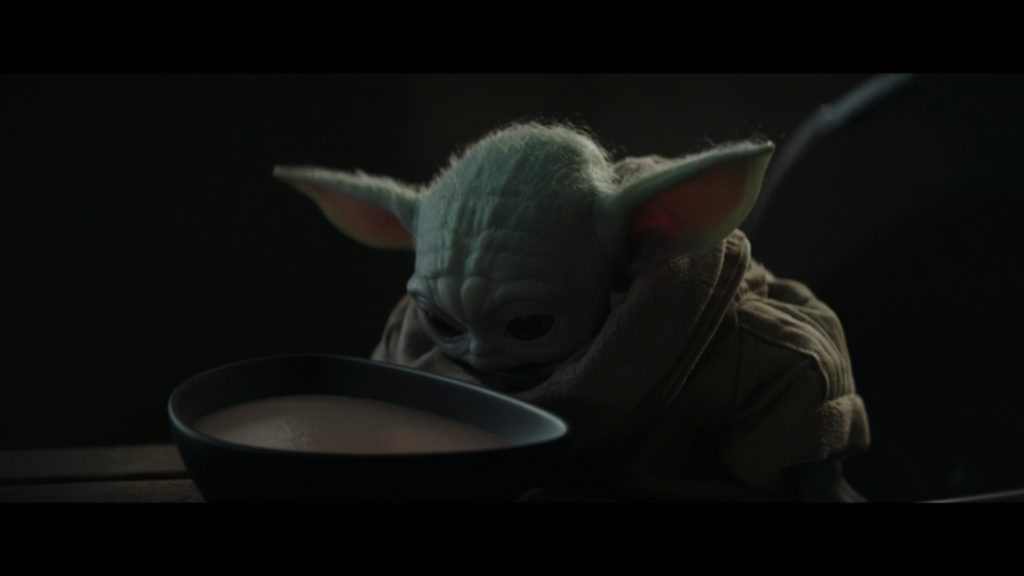 It’s interesting to introduce the idea of different Mandalorian sects as that could mean big things for whenever Boba Fett makes an appearance this season. Mando and Boba are likely to have a confrontation and seeing as how neither of them is technically born on Mandalore, maybe they’ll even team up to take out these original survivors. Wouldn’t that be a sight?

At any rate, the lack of build-up for anything next week and the completely inessential plotting of this episode renders this week’s episode of The Mandalorian as possibly the weakest one yet. I can only hope that the rest of the season kicks things into gear because I’m starting to lose my enthusiasm.