We got a brief look with a teaser trailer some weeks ago, but Netflix has released a proper trailer for David Fincher’s Mank, the Old Hollywood era biopic starring Gary Oldman as the titular Herman J Mankiewicz, who is best-remembered as Citizen Kane‘s writer.

Centering on Mankiewicz’s boozing and brilliance in the studio lot days of Hollywood, much is being made of Fincher’s return to feature filmmaking following his six year absence following 2014’s Gone Girl. A project no doubt near and dear to Fincher, Mank is written by his father Jack Fincher, who passed away in 2003. The younger Fincher had been trying to get Mank made since the ’90s, making for a truly grand return to the big screen.

If there were an Award for Best Poster, Mank might also be in the running; take a look at the new one-sheet released by Netflix below. 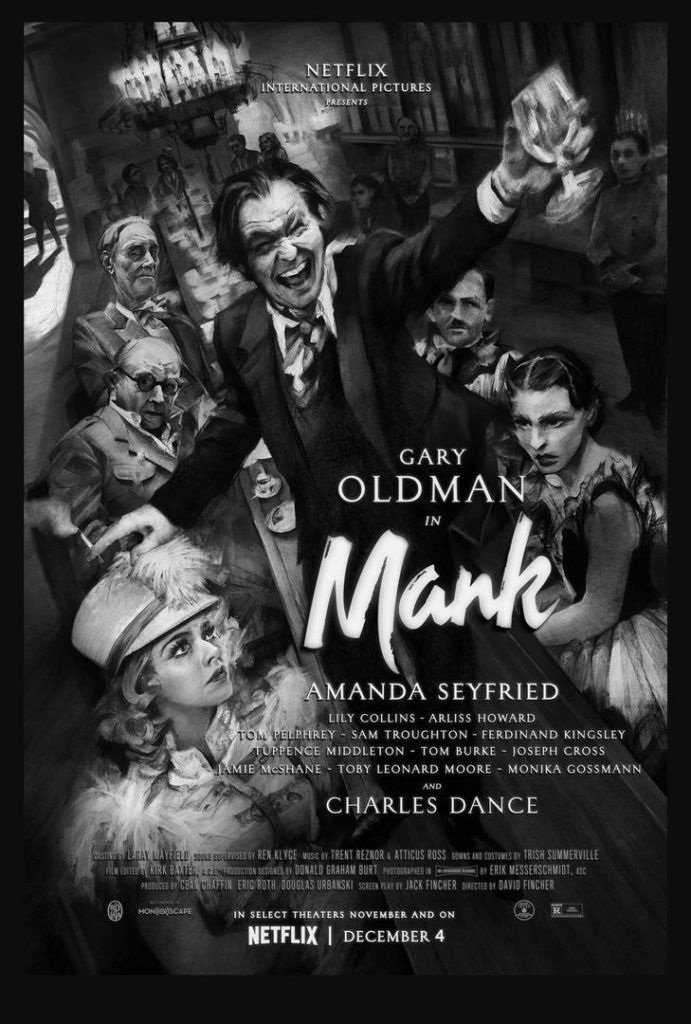 It’s unfortunate that the pandemic will hamper Fincher’s return, with limited theatrical screenings to take place in November, followed by a global Netflix streaming release on December 4, 2020.