0
No No Power Rangers

Like most boys in the 90s, I grew up watching Mighty Morphin Power Rangers. The show, which encompassed the first three seasons of the Power Rangers franchise, ran from 1993 to 1996 and had 145 episodes, not including a ten-episode miniseries that spun out of the season three finale. It made Fox Kids the Saturday morning program block to watch and nearly everyone I knew at the time had action figures of the show, wore Power Rangers shirts, or had schoolyard play fights where everyone argued who got to be the Green Ranger. The brand was absolutely inescapable. Even when the show concluded and the series went on to different seasons with new casts and settings, Mighty Morphin Power Ranger was still on the air in syndication. Episodes were still airing up until Fox Kids’ closure in 2002, and even then episodes were reaired on Disney and Nickelodeon in the decades since.

To the average consumer, whenever someone says Power Rangers, the first thing they think of is usually Mighty Morphin Power Rangers. People don’t think of any of the seasons that followed like In Space, Dino Thunder, Samurai, or the currently airing Beast Morphers. To them, Mighty Morphin Power Rangers will always be the face of the franchise, regardless of how long it’s been since the show premiered. Case in point, the 2017 reboot was based on the characters and plot of the Mighty Morphin era, Boom Studios is publishing an awesome comic book series based around the original cast, and the show continues to bend over backward to get any and all MMPR cast members to come back for a reunion special.

It also just so happens that Mighty Morphin Power Rangers is cringe-inducing and embarrassing to watch in 2020. 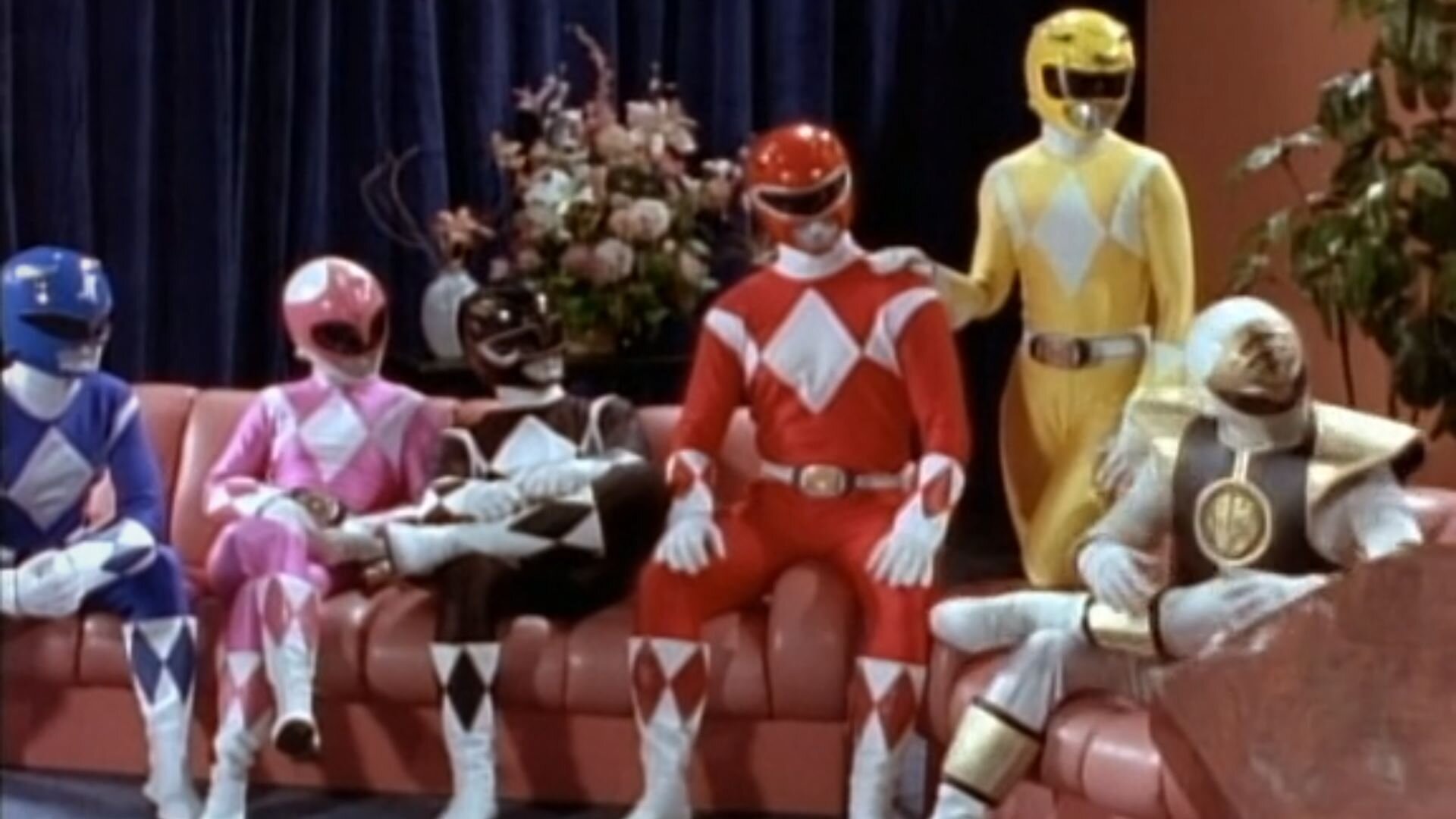 Let me be as upfront about this as possible; I still have a fond place in my heart for MMPR. Despite what I am about to say, it was one of the first TV shows that I actively remember watching as a kid and I always tuned in every day to watch it. Everyone always has sentimental feelings about the first time they saw/played some form of media, and that’s true here. From a historical standpoint, the show earned its place in 90s pop culture and nothing I say, or do, can diminish that. But when people say that MMPR is the end all, be all best season of Power Rangers, I have to tilt my head and wonder just what the hell they’re thinking. If it’s the only season of the show they saw, that’s fine, but in any other situation, I’m sorry but the show is almost sad to watch now, and that’s without getting into the union disputes, homophobia, underpaid actors, and two of the actors NEARLY CATCHING ON FIRE.

Power Rangers has, and always will have, a very set formula that the show has followed for nearly three decades. There are variations of this formula here and there (we will never speak of “And… Action!”), but generally speaking, each episode of Power Rangers follows a set pattern. A problem is presented for one of our heroes, the villains hatch a plan that may or may not be in relation to said problem, a monster appears, the Rangers fight said monster, retreat for a bit, fight it again featuring the appearance of their Megazord, defeat it, and then the resolution of the hero’s problem by the end. It’s simple and effective, especially for a half-hour action show. This isn’t Shakespeare here, it’s an action show for kids. Simple plots tend to work well.

The problem is that MMPR only had that formula and nothing else to fall back on. While there are a few multi-part episodes that truly stand out, like the excellent “Green With Evil” five-parter, the vast majority of episodes, including the multi-parters, all felt the exact same. The formula would never change, so the episodes are boring to watch. Future seasons had more complex plots and characters to rely on, but MMPR does not. It just has its precious formula.

While the original characters are easily the most remembered, they’re also the dullest and most generic. Zordon called them “teenagers with attitude” but nowhere during the 150+ episodes of the show do we see any of that attitude displayed. They’re all goody-goods who do well in school, engage in community service, take part in after school activities, and have very little, if any, negative characteristics. If there are negative traits, they’re only present for an episode because a villain was manipulating them in some way. Those aren’t teenagers with attitude. They’re Pleasantville rejects. 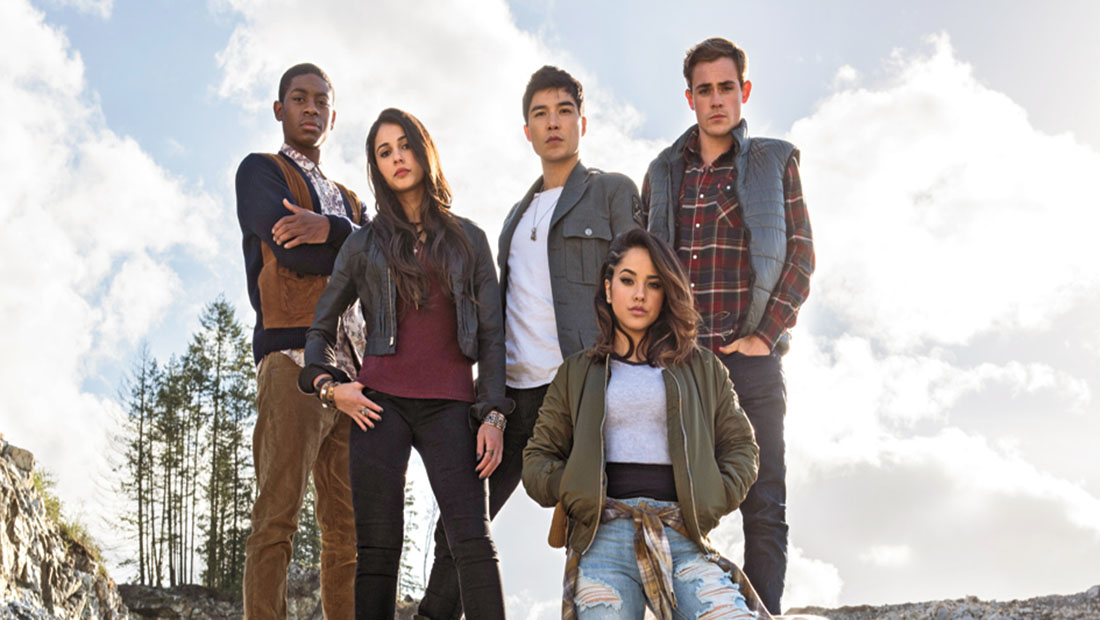 Say what you will about the 2017 reboot and its Krispy Kreme filled shenanigans, but it absolutely nailed the “teenagers with attitude” mentality. The characters actually felt like teenagers, complete with their own unique anxieties, problems, and deficits. It says a lot that after over 50 hours with some of the Mighty Morphin Rangers I can hardly think about any of their personalities, but I’m still pining to see a sequel to the reboot if only so we can continue following alongside these actual human beings.

But there was always a reason that the characters were basic and underdeveloped in the olden days. Power Rangers has and always will be limited by the footage from the original Sentai. Kyoryu Sentai Zyuranger, the series that MMPR was based on, concluded in February 1993 and consisted of 50 episodes. Most of the Japanese footage was spliced together with the American footage in order to make it look like an American production, but the show ran into a problem quickly that you should be able to figure out without much thought. MMPR ran for three times as long as Zyuranger, so they had to figure out what the do now that their stockpile of footage was gone. They could either concluded the series or try and find a workaround.

To be fair to Saban Entertainment, it was a necessity to keep the show going since it was a genuine money maker. Letting it end would have been moronic. The solution that Saban settled on was incredibly lucrative in the moment, but detrimental to future viewings.

Saban commissioned Toei, the production company the makes Super Sentai, to create more footage with the Zyuranger suits. When that ran out, Saban then took the two immediate series following, Gosei Sentai Dairanger and Ninja Sentai Kakuranger, and made them into Mighty Morphin Power Rangers seasons 2 and 3 respectively. They didn’t change anything else besides the footage they harvested from. Even when it made sense for the Rangers to change costumes and get new abilities, the show refused to have them wear anything other than their MMPR outfits, with the exception of a few episodes in season 3. 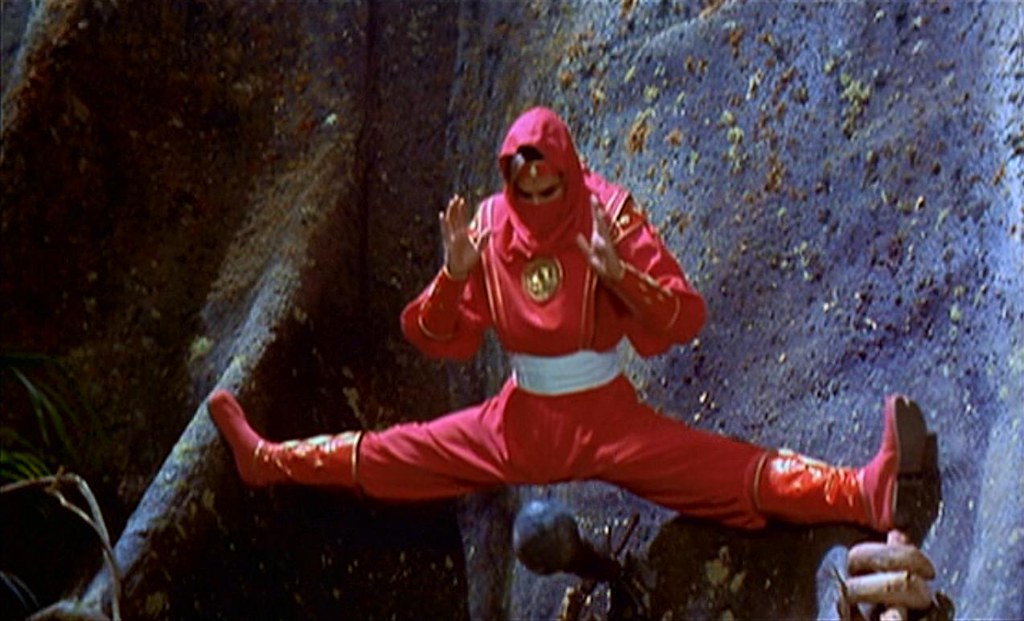 The Japanese shows all had overarching plots and narratives that were self-contained. They had story arcs and new characters that were introduced each season with a new status quo. For MMPR, the status quo never changed in any meaningful way. Sure, you had new villains be introduced in later seasons like Lord Zedd, Rito Repulsa, and Master Vile, but the actual bread and butter of the show remained unchanged. It didn’t matter who was sending out the monsters because the Rangers were still fighting them the same ways they did back in Season 1 with the same costumes. The Zords would change, but that was less a catalyst for any meaningful change and more an easy way to sell more toys. Which, to be fair, is the point, but when the marketing is running the show, that’s a bad sign. That’s how you get the fiasco that is “Forever Red’s” finale.

The cast did change partially, like when Jason, Zack, and Trini, the original Red, Black, and Yellow Rangers respectively, left the show, but their replacements had so little character it was hardly noticeable. It’s a very bad sign when you have a major shakeup halfway through your show and it barely registers in any meaningful way. The change was also infamous for featuring a five-minute-long sequence of everyone running after a runaway stroller and had zero morphed fight scenes. Long-term stories were all but forgotten and instead replaced by wacky and strange episodes that are still talked about to this day for not too good reasons.

Look, I know Power Rangers is a kid’s show. I know that it’s aimed at a young demographic and adults are not the target audience. I get that and I understand that. However, so many episodes in MMPR have such weird and bizarre concepts that they can appeal only to really young children. If you’re above that tiny demographic, they go straight to being dumb that can be enjoyed in specific circumstances. An episode where the Rangers fight a rapping pumpkin? A sentient pinball machine that makes one of the Rangers addicted to pinball? A two-parter where we meet Wild West Power Rangers? All dumb and all enjoyable… to an extent. When you’re barraged with so many strange and surreal episodes one after the other, it stops being quirky fun and just becomes the status quo. Grating episodes with laughable concepts should not be a selling point for your show.

So much of MMPR feels like worthless filler, and for good reason. A good percentage of the second season had to film around the fact that the cast was off filming the 1995 movie, so episodes felt rushed and underfunded. The Rangers would get new powers to fight against evil, with one such power being glitter for their outfits. I know that Power Rangers is notoriously cheap to the point where Austin St. John, the original Red Ranger, said the salary would have been the same as if he worked at a fast-food restaurant instead, but there are so many times where it stops being cheap and is just lazy. 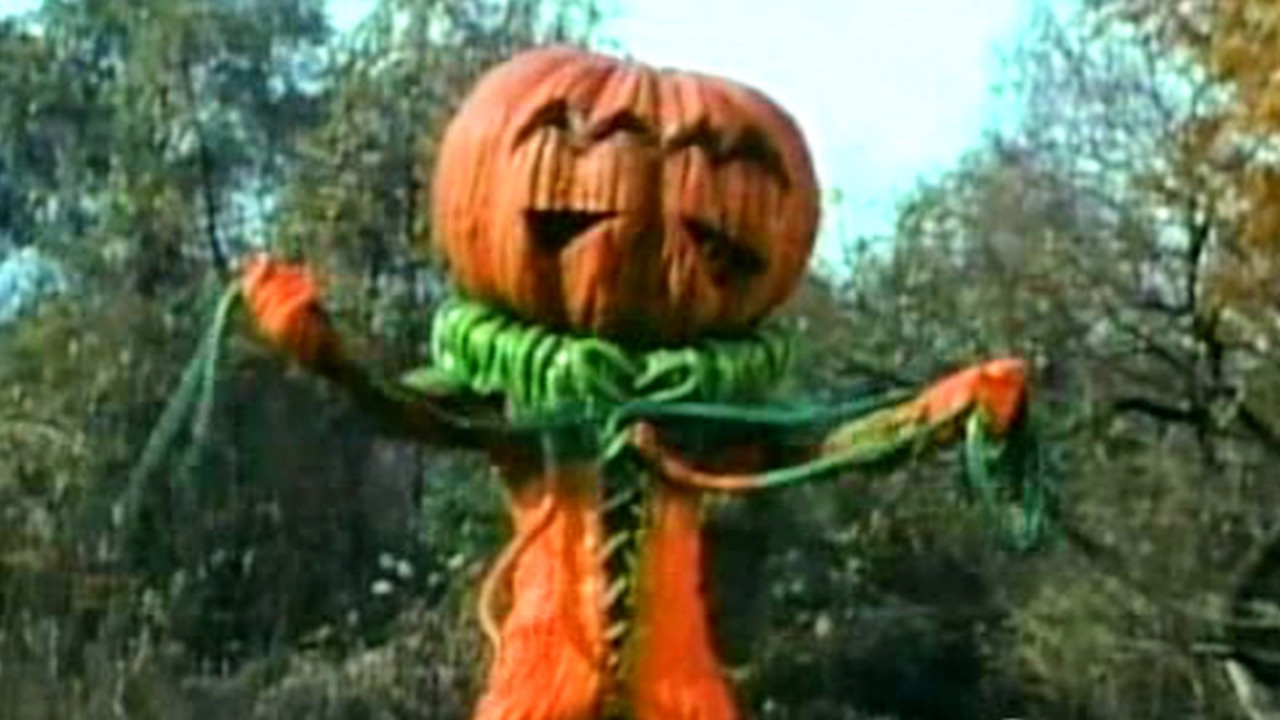 I would estimate that about 33% of the show is actually worth watching for plot-related reasons, 17% is worth it just for the stupidity and cringe factor, while the other 50% is honestly just bleh. There are plenty of episodes that people just don’t actively remember because they were so undeveloped or uneventful. Fans can easily tell you what happens in “Green With Evil” or “White Light,” but how many fans can honestly tell me what happens in episodes like “Where There’s Smoke, There’s Fire” or “Football Season?” Television shows are no stranger to filler or unessential episodes, but Mighty Morphin Power Rangers has so many of them it has no idea what to do with them.

The show has advanced so much since it first premiered. I can understand the appeal of watching a single team constantly swap out members and grow over the course of several years, but nearly all substantial character growth and radical status quo shifts occurred after MMPR concluded. The series would eventually find its groove when In Space came along and would define the trajectory of the show for years to come. Again, this isn’t to disparage against Mighty Morphin and say its a bad show, but it’s a show that had a very specific niche that the series has outgrown.