0
Sins of the father.

Earlier this year, Netflix released Carmen Sandiego on the world, a rebooted tale focusing on the origins of the iconic criminal. The story this time attempted to recast the villainous figure as a misunderstood hero. It was a pretty clichéd setup, but one that created a mostly effective telling of a spy story for kids.

Apart from some hiccups with pacing and forced educational value, I was pretty happy with season one. I felt optimistic about how Netflix might improve the show for the second go-around, which was already confirmed to be happening. I guess I underestimated how quickly Netflix could churn out some more episodes because the second season is here less than a year later.

After watching all 10 episodes, I get the feeling that maybe this isn’t really a second season.

Continuing directly from the ending of the first season, Carmen Sandiego’s second season starts off its titular character shaken by the revelation that her former teacher (V.I.L.E. leader Shadow-san) has been a surrogate father to her for her entire life. Still unsure of her past, she can’t quite come to terms with how mixed up her life has become. Is Shadow-san telling the truth? Is V.I.L.E. aware of his defection? What side does A.C.M.E. stand on? It’s a fairly interesting premise to hang the season on, but one that ultimately doesn’t pan out to much more than the same formula as last time.

In the opening, I stated that I felt season two wasn’t really a second season. When Carmen Sandiego was announced as one of Netflix’s projects, the company stated that 20 episodes were ordered for production. While the first season only had nine episodes, season two is comprised of 10 and they all suffer from the exact same problems I noted in January.

My biggest complaint that time came down to how forced the educational aspect of the show was. For all intents and purposes, this new version of Carmen Sandiego had more in common with Jason Bourne instead of her past incarnations. Seemingly unwilling to commit fully to that idea, the first season had characters randomly spouting off expositional factoids as characters were traveling the world. This did pay homage to the series’ roots, but it created clunky pacing and added absolutely nothing to the plot. 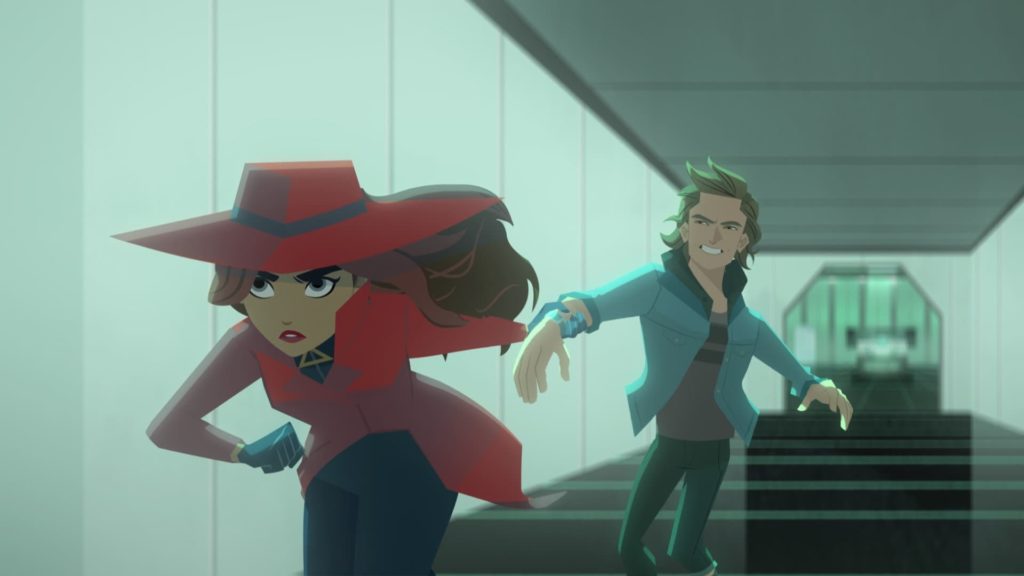 Season two is exactly the same. I could almost copy my previous review into the body here, change a few plot details, and I’d be set. I can’t blame Netflix for labeling this as season two, but it’s more like the second half of season one. The plot, even, wraps up all of the threads that were left dangling and sets up a completely different angle for the inevitable season three.

That isn’t to say there aren’t a few solid episodes here. The third one, in particular, delves into Shadow-san’s past and gives us some great insight into why he joined up with V.I.L.E. It gives a lot of depth to the man, who had already been given a solid angle with his defection at the end of season one. I was also very partial to the eighth episode, which sees Carmen nearly captured by and forced to call upon The Chief for help. Fairly dark for a series aimed at kids, Carmen nearly dies and is forced to join a temporary alliance. 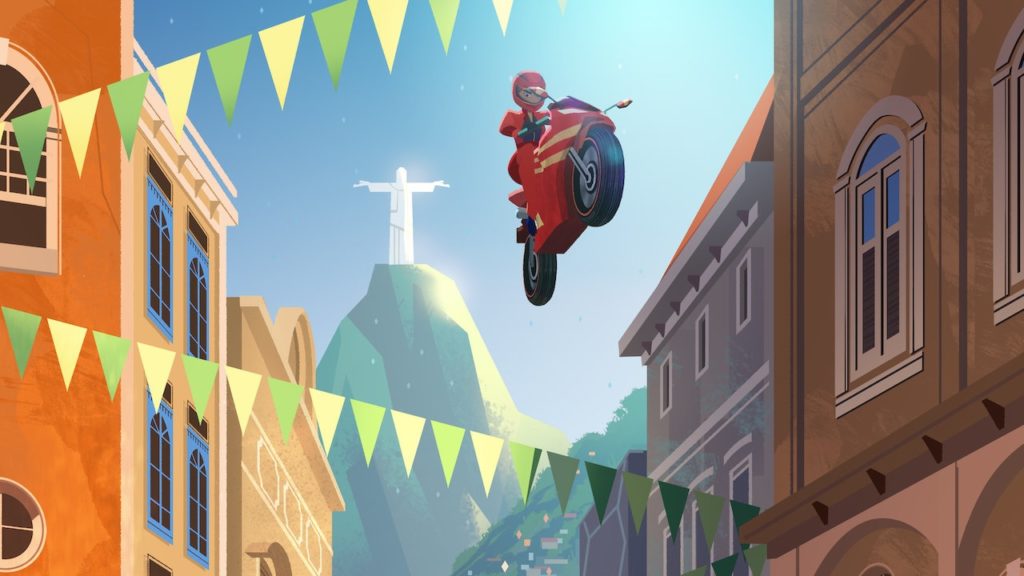 It lays down the foundation for the finale’s “twist,” which kind of pays homage to Carmen’s original identity in an unexpected way. That twist is one hell of an ender, too. We not only learn most of Carmen’s origin story, but we even get a better look at the motivations behind A.C.M.E. The revelation will be fairly obvious to most viewers, but it still makes for a gut-wrencher of a closer.

Apart from those episodes, though, season two is really just more of the same. Carmen will catch wind of V.I.L.E.’s latest plan while Player exposits a ton of useless facts about her next location. One episode even cold opens with facts that do nothing for Carman’s mission or the plotline. It’s pretty agitating because it almost feels worse than the first time around. I think my hunch about this being developed concurrently with the first season could explain that.

The low point comes smack in the middle. The fourth episode is a filler story that serves no narrative purpose, but mainly gives us background on Zack and Ivy -the brother and sister duo that help Carmen on her capers. I guess it’s neat to understand why these people ended up together, but the main plot comes screeching to a halt and we don’t learn much that couldn’t have quickly been explained during the next episode. The two episodes are basically linked together, so why not show Zack stealing a car then flashback to how he first did it? 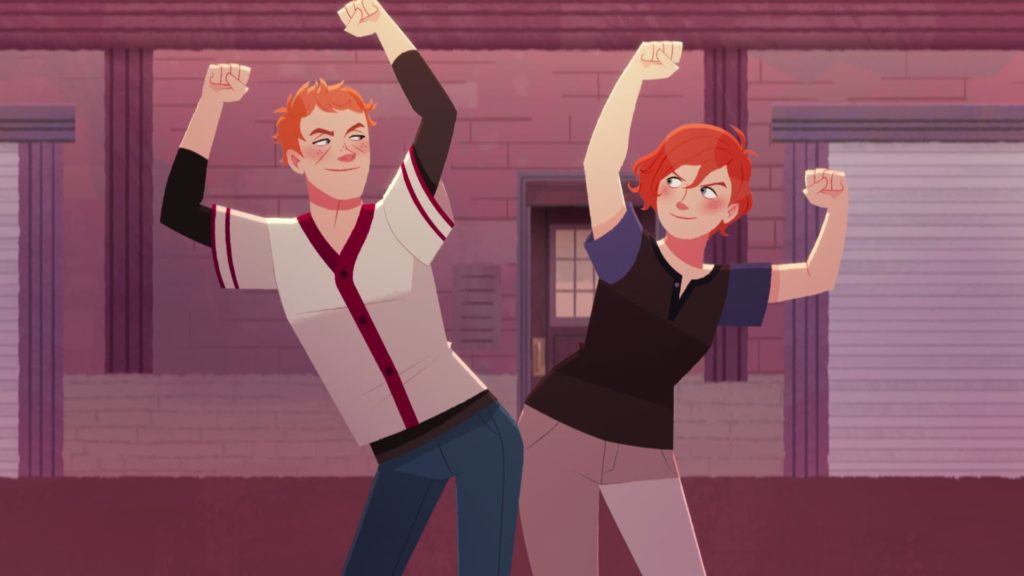 I’m also not sure what happened with the animation this go around. Everything still looks sharp and clean, but the fight scenes are very stilted. Characters will stand around for long periods before making quick movements that lack fluidity. I’m guessing the budget ran out and the animators opted to keep the clean look instead of focusing on smoothness. Carmen also has this weird penchant for sliding under objects in slow motion (which becomes really old by the fourth time she does it), an action movie trope that is normally done to pad out the runtime.

The one genuine improvement comes in the form of pacing. While still loaded with all the writing issues I had before, season two is a remarkably easy watch. With episodes running at 22 minutes each, the show quickly gets from plot point to exposition dump and then plot point without much fuss. It’s not the most gripping show you’ll partake of, but more care has been given to when those pointless fact dumps happen.

Overall, I was pretty okay with season two of Carmen Sandiego. I’d be more upset with the lack of progress if I didn’t have an understanding of how Netflix’s productions operate. Since I know the history behind this show, I’m willing to be more forgiving for the time being. If season three rolls around with all of the same issues, then I think it might be time for Netflix to give it up.

There’s still a lot of potential here for Carmen Sandiego to become a great show. It has intriguing twists and double-crosses, a cool spy aesthetic, and some nice animation. It just lacks cohesion to bring it all together, not to mention Netflix is still hanging onto the past too much. Drop the educational angle and hone in more on the espionage and we’d have a real winner on our hands.