I find it fascinating how studios have been able to adapt to the coronavirus wreaking havoc on Hollywood. Most movies that would have had a standard theatrical release and were completed by the time the pandemic shut everything down have now migrated to VOD and streaming services. For some movies, they’ve landed without much fanfare, but in other cases, they’ve actually generated a fair bit of hype behind them. Case in point, Enola Holmes.

In a normal situation, I probably wouldn’t have bothered paying any attention to Enola Holmes. I make no qualms about voicing how much apathy I feel towards YA movies, but there was something that felt a little bit different about Enola Holmes the more I looked into it. The movie is based off a fairly respectable YA franchise, features a solid cast, and has an accessible mystery for a plot. The more I learn about it, the more my interest was piqued and the more I actually began to be interested in it, something I wouldn’t say if this was just a normal year and this was just shat out into theatres before the Fall season arrived.

So consider myself surprised when Enola Holmes turned out to be an enjoyable little romp. So enjoyable, in fact, that I personally wouldn’t mind if Netflix turned this into a new franchise moving forward.

Enola Holmes (Millie Bobby Brown) is, if you couldn’t tell by her surname,  a member of the famous Holmes family. While her brothers Sherlock (Henry Cavill) and Mycroft (Sam Claflin) left her when she was very young, Enola grew up and developed a strong bond with her mother (Helena Bonham Carter). When her mother vanishes on her sixteenth birthday, Enola calls upon her brothers to help find her, but while Sherlock and Mycroft are preoccupied with other matters, Enola sets out on her own to find their mother while also getting herself involved in the disappearance of a young Viscount. It also just so happens that the disappearance of the Viscount may have some relationship to her mother’s own disappearance…

It’s very clear from the opening frame that Enola Holmes, both the movie and the character, are bursting with energy. The film is almost always on the move, whether it be with narration, character interaction, or the occasional fight scene. Millie Bobby Brown does a remarkable job at bringing this young detective to life while imbuing her with a certain energy that even some of the older cast members aren’t able to match. Yes, I know how tempting it may be to watch this movie to see Henry Cavill as Sherlock Holmes, but he really doesn’t do much in the movie besides give an occasional pep talk to Enola. This is her movie and she owns every second of it.

I did tend to find the over-reliance on fourth wall narration from Enola herself to be distracting, especially at the beginning. Spending the first five minutes of the movie having Enola talk directly to the audience made me worry that I was getting into an even more sanitized mystery series along the same lines as Nancy Drew, but the movie eventual yields on it a bit. It never really goes away, but it doesn’t become quite as grating as it was in the first few minutes and lets the overall mystery take the reigns. 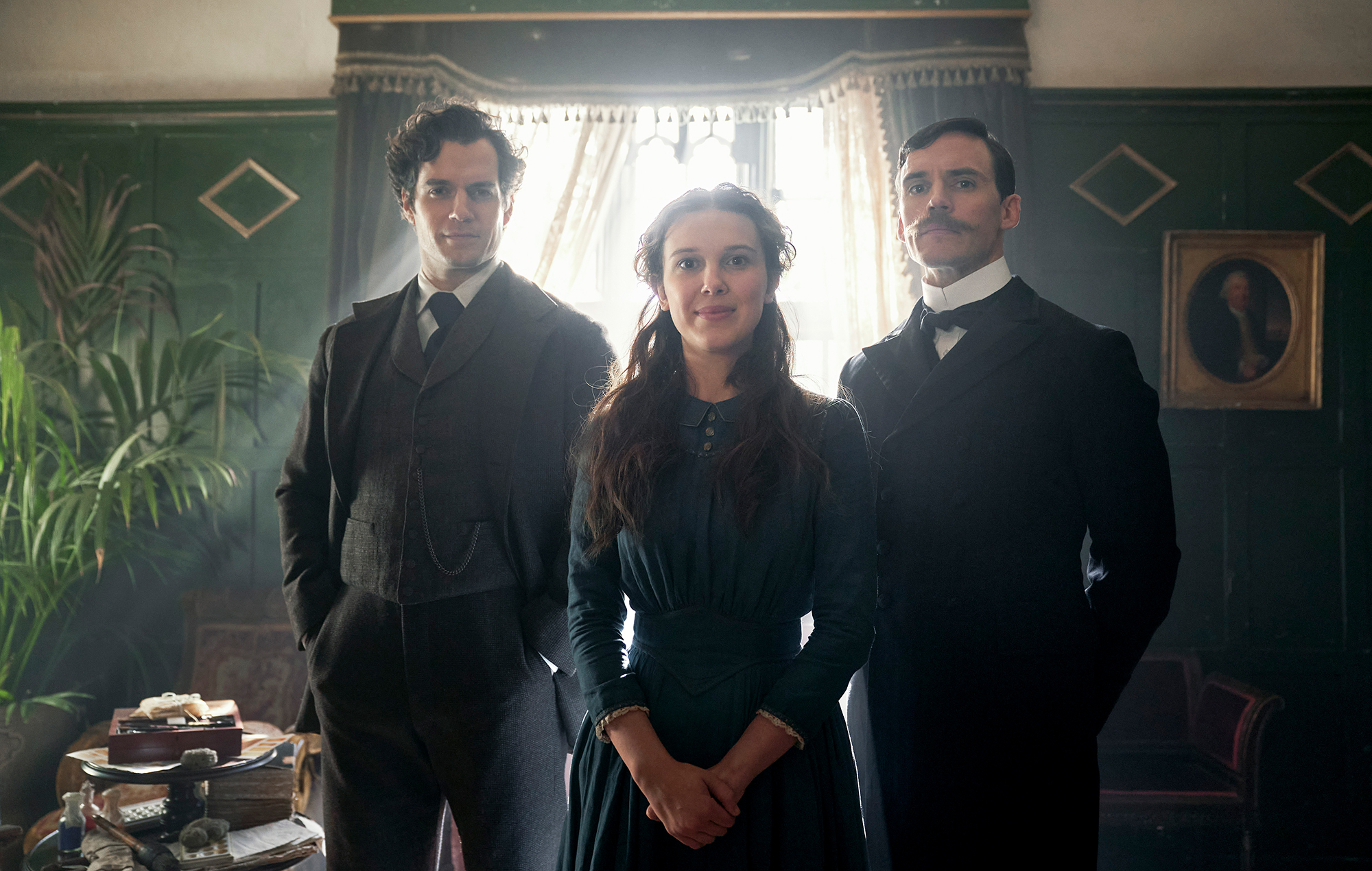 Speaking of, while it isn’t anything to write home about, the overarching mystery about the disappearing viscount, who Enola meets early in the film, is fun and exciting enough to appeal to most audiences. We’re not dealing with a cerebral murder mystery like Knives Out, but instead something more straightforward and understandable with enough twists to keep me engaged. It isn’t the only mystery that the movie presents us, but strangely the one with more emotional resonance, Enola looking for her mother, is really only touched upon in the first act and at the VERY end of the movie.

See, I think of this movie as a franchise starter because it sets up most of our recurring characters perfectly, but doesn’t flesh them out. Enola is headstrong, clever, and can hold her own in a fight, but doesn’t really grow over the course of the movie. People describe her as being a fish-out-of-water, never really interacting with the world outside of Ferndell Hall, but she never comes across that way. Granted, it would have been eye rolling to see her try to interact with people if she was socially inept, but it’s still a part of her character that’s introduced and never really explored. I can understand why characters like Sherlock aren’t developed since him and Mycroft are meant to be strangers to Enola, but our main character should at least go through some changes as the movie progresses.

The more I think about it, the more I actually consider Enola Holmes to be a movie that would have been a perfect summer blockbuster. Blockbusters don’t need to just be action movies, though the set-pieces in here are pretty entertaining in their own right. There are enough enjoyable if simple, moments throughout to make watching it feel lively and engaging. I wouldn’t even call it that cerebral of a mystery since piecing together the disparate clues and motivations isn’t all that tough to do. It’s something where you can gather around with some friends and unwind with after a long day of work with very little effort on your part. 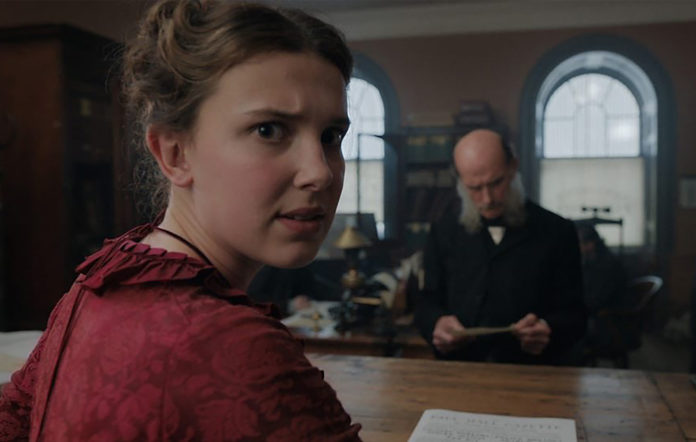 Plus the overall message of the movie is something that I feel any teenage girl would get a thrill out of. Enola is a strong woman who stands up for what she believes in and does what she believes is right. She stands up to Mycroft when he tells her she needs a formal education to be a proper lady, and she even shows up Sherlock here or there for his general demeanor towards her situation (although the Conan Doyle estate takes umbridge to the fact that he has emotions in this movie. Yes, seriously). It can be a bit on the nose, like how she’s balks at societal expectations by, GASP, not being interested in marriage or, DOUBLE GASP, not wearing women’s clothes, but the message comes from a place of good intentions.

With five more books in the series left, I can safely say that I would love to see this series continue on in some form or another. It’s pretty much tailor made to for future Netflix sequels, even starring several stars from some of Netflix’s major shows! As a basic introduction to the Enola Holmes series, this movie delivers and then some. It offers an entertaining romp that may drag on for a bit too long but lets us spend time with a very enjoyable female lead and a satisfying mystery that is sure to entice both teenagers and adults alike. 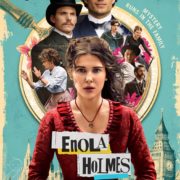 As a basic introduction to the Enola Holmes series, this movie delivers and then some. It offers an entertaining mystery that is sure to entice both teenagers and adults alike.