There are no slow-motion walks away from explosions. There are no men in spandex. There are no massive movie stars projected onto screens the size of buildings. There are no brutal fight sequences. There are no action movies. COVID-19 has seen to that by shutting down all the theaters and delaying every blockbuster for months or even years.

That is the situation that Extraction, Netflix’s next stab at making big-time action films for the small screen, finds itself in. It’s a pretty good situation to land in. People are so desperate for fast cars, blazing guns, and bulky men punching bad guys that we’ll take what we can get. Even if what we can get wouldn’t muster much more than a shrug normally. Extraction feels like a cliche but when there’s nothing else around cliche feels awfully good.

Extraction has a familiar plot for anyone who has watched action cinema in the past 20 years. A gruff, loner mercenary with a haunted past and a heart of gold takes on an impossible mission to rescue a child. During the mission they open themselves up by connecting with the child and finding their true selves, all while shooting, stabbing, and blowing up bad guys. In Extractions case, the mercenary is Tyler Rake (Chris Hemsworth), an ex-military type who lost his son to leukemia and retreated into a world of drinking and killing. He takes an impossible mission to rescue Ovi Mahajan (Rudhraksh Jaiswal), the son of an Indian drug lord, from another drug lord, who has kidnapped him to gain control.

Extraction does have a notable pessimistic streak running through it that a lot of action cinema avoids. No one here deserves saving and the film’s conclusion, though ruined by the desire to possibly make a sequel, is dark and depressing with no real winners. There’s no true good guys here and misunderstanding is often the reason for people’s deaths more than anything. Tyler’s redemption arc feels more like the final gasp of a lost man than the return of a hero. If the film really committed to this dark edge and dove into the questions it raised just a bit it could have felt different but instead it mostly follows the story and plot you’d expect with minor divergences here and there that don’t add enough to make it something special.

The action itself feels likes its close to something special as well but never quite there. Director Sam Hargrave has a long career of stunt and fight coordination and it shows. He knows how to be visceral and up front with his action direction, setting up fight sequences that reminded me often of The Raid, which is high praise. Yet it never feels as visceral or groundbreaking as that film. It’s often bloody and gruesome but doesn’t always pull off its impact. The action centerpiece of the movie is a prolonged “single shot” sequence that follows our characters through fist fights, shoot outs, car chases and parkour-style chasing. It’s impressive, no doubt, but Hargrave doesn’t quite have the skill to hold it all together and the over use of digital trickery to tie the sequence together. It’s fun to watch, for sure, but not executed as well it could be.

Both Hemsworth and Jaiswal dive far deeper into their roles than one would expect from the movie and there’s a fantastic and brutal part for David Harbour that gets me very excited for Black Widow. The screenplay doesn’t give Hemsworth much to do emotionally but when he gets to do something he shines. This is one of those action movies where the hero actually gets beat up and by the end is just a pile of broken bones and blood (though there’s some miraculous recovery here and there). Hemsworth sells it hard, limping and stumbling his way through the movie, which helps overall. The film would be much less without him. It should also be mentioned that the majority of the rest of the cast are minority actors, even the good guys, which is refreshing to see.

There is plenty of better action out there but there isn’t plenty of better new action out there because there just isn’t any. As the closest thing that we’ll be getting to an action blockbuster, Extraction stands up well enough. It’s nothing special and nothing new but it is something and something is easily better than nothing and in this case it’s much better than nothing. While Extraction might not be anything special, it’s a great way to watch a big action movie when nothing else is coming out. 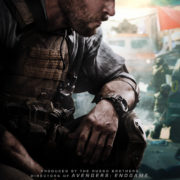 As the closest thing that we'll be getting to an action blockbuster, Extraction stands up well enough.