If there’s one term that annoys me more than anything when describing a film’s quality, it would be “B-movie.” The term is meant to describe cheap, independent films that serve as additions to the main feature, kind of like the B-side of a record. Movies like this were never meant to be anything spectacular and most B-movies have become fodder for shows like Mystery Science Theater 3000.

Nowadays, whenever a movie that’s “so bad, it’s good” comes out, people tend to equate that to being like a B-movie regardless of the budget or quality of the film. People love to interchange the words “cheap” and “low-budget” when describing B-movies, which is frustrating because there is a clear difference between the two. Lake Michigan Monster is the modern-day personification of a low-budget B-movie.

Made on a paltry $7,000 budget with a run-time a little bit over an hour, Lake Michigan Monster feels like it was ripped straight out of a drive-in from the 50s. It’s not “so bad, it’s good” because that would imply that the movie was deliberately bad. No, Lake Michigan Monster knows exactly what it wants to be and is never afraid to admit it.

Lake Michigan Monster is just plain good, no qualifiers needed. It’s low-budget horror that feels so fresh and creative that it’s hard not to get a rise out of it.

In the Great Lake of Michigan, seafaring captain extraordinaire Seafield (Ryland Brickson Cole Tews) assembles a crew of trained nautical experts, and a potentially psychotic weapons expert, to hunt down the fabled Lake Michigan Monster. Allegedly, Seafield’s father was murdered by the monster mere moments after he set out to sea and Seafield wishes to avenge his drunken father’s death. His crew doesn’t really believe him, but Seafield is paying them $3,000 a day, so they don’t really give a crap if he’s telling the truth or not. Like Moby Dick, this is one man’s journey to kill a horrifying sea creature or die trying. Unlike Moby Dick, Seafield is an idiot and all of his plans end up backfiring in some capacity.

Right off the bat, you should know that Lake Michigan Monster is a demented movie. I don’t mean that in any negative light, for the record. There’s a sense of mad energy to every scene and frame that feels almost palpable. The movie frequently pushes just how ludicrous it can get, and yet it never goes so far where I find it too stupid to watch. The lengths that the characters go to try and catch this monster is pure insanity, including but not limited to cross-dressing, murder, impregnation, and ghost armies. All of it is bolstered by Seafield himself, a narcissistic maniac that is the prototypical definition of an unreliable narrator and usually gets everyone into more trouble because of his pride and stupidity. I LOVE HIM TO PIECES. Who doesn’t love a man who dips his fish sticks in brandy?

Lake Michigan Monster takes full pride in its comedic roots as not a scene goes by where I’m not laughing my ass off at what’s happening on screen. I know that a lot of people feel like the movie’s sense of humor feels ripped out of Spongebob Squarepants, but I would argue that it feels more like a strange combination of that, Monty Python’s Flying Circus, and independent comedy groups like this one. There’s a level of strangeness that’s hard to define with the stereotypical notions of humor. One moment we’re blindsided by Seafield’s arrogance, only to be directly followed by a Seventh Seal homage out of the blue. There’s no rhyme or reason for it; it just happens and strangely fits in the world created by Tews/Seafield and his crew. 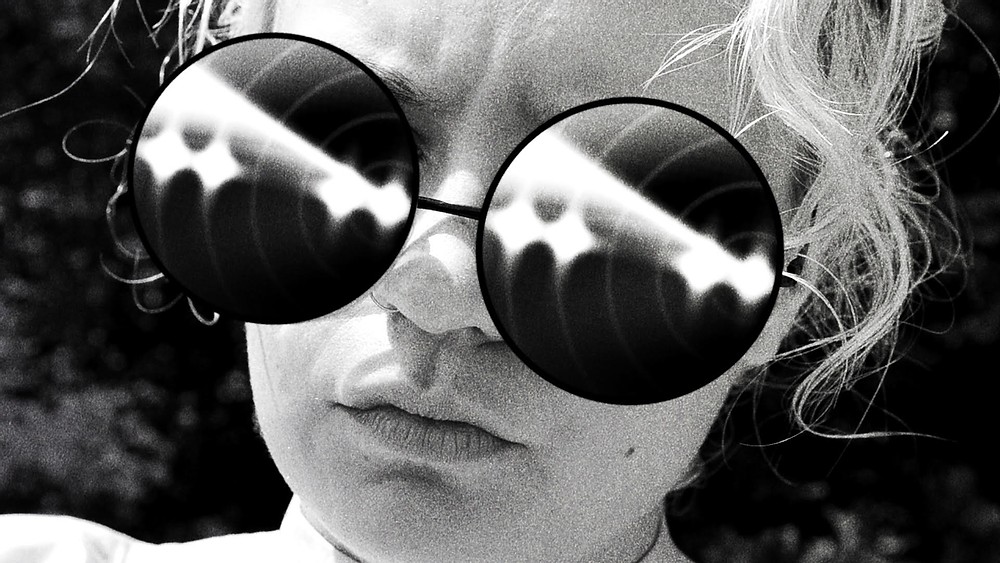 One element of Lake Michigan Monster that greatly impressed me was its cinematography. Modern “B-movies” have attempted to replicate the unintentional zaniness of the past, so I didn’t really expect much from this. Directors try to nail the cheapness of the genre, but without having much interest in making their films look visually appealing. On the contrary, Lake Michigan Monster can be outright mesmerizing at times.

I’m not an expert when it comes to identifying types of shots or techniques, but for a movie with such a small budget, the visual language being conveyed by Tews is top tier. Granted, there are plenty of moments that, unfortunately, do look cheap, but they’re more often than not intentionally structured to tie in with the nautical vibes the movie is floating around. Homage can only go so far, however, given that some of the special effects just look plain bad. Credit for trying, but a few instances look like someone just completed a basic online tutorial on how green screens work, then went straight into editing.

Like most comedies, the movie is at its best if you go into it completely blind, ready for a nautical adventure of glorious proportions. The first half of the movie is stronger than the latter half, which focuses more on the atmosphere when it doesn’t need to. Some of the jokes get a bit too long in the tooth by the end, as well, with Seafield taking center stage for most of the finale. I don’t have a problem with the character (I love the salty, dumb bastard), but his sometimes grating personality may make the climax tiresome for others.

That’s all alleviated by the runtime, which clocks in at just over 70 minutes. There’s absolutely no reason you shouldn’t at least give the movie a try. I actually decided to watch it alongside another modern nautical themed, black-and-white horror movie and had an absolute blast doing so. This is a textbook definition of what a modern “B-movie” should be and I hope we get to hear and see more or Tews in the future.

The man has a clear voice, a wonderful sense of humor, and an eye for good cinematography. Lake Michigan Monster isn’t going to redefine cinema for you, but it’s a campy and breezy engagement that delivers on nearly all fronts. 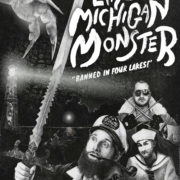 Lake Michigan Monster isn't going to redefine cinema for you, but it's a campy and breezy engagement that delivers on nearly all fronts.