Welcome to the Letterkenny Season 9 Holiday Review. What a wonderful Boxing Day present this is. 2020 has been jampacked with terrible things and most of us have looked to media to help distract us or uplift us from the current state of things. Things like The Mandolorian and others helped ease all this and coming in at the end of the year to help us keep moving forward is Letterkenny Season 9. There’s nothing like returning to the small Canadian town full of quick wits and quick tempers to shift the thoughts from reality to the escapism of these entertaining characters.

Letterkenny‘s Season 9 opens up with a spoken-word rap from Katie summing up the events at the end of Season 8 and how Dierks had messed up and was subsequently beat up by half of Letterkenny. The season then picks up with everyone who had participated in kicking Dierks’ ass having breakfast at a local diner and being confronted by Dierks’ cousin and friends. It’s unfortunate not to actually see Dierks get his butt kicked, but Letterkenny has a tendency to skip ahead after its season-ending cliffhangers. Plus it’s probably hard to root for folks after they beat someone up 8 on 1. We do get some fighting between the Canadian townfolk and the Americans who have come to avenge Dierks. This happens after verbal sparring between all the Letterkenny characters and Dierk’s cousin. The back and forth is something that Letterkenny has always done a fantastic job with and the season was off to a great start.

The rest of the season touches on many things from Wayne and the crew disciplining a group of misbehaving youths, Katy taking on a “scorched earth” dating policy following her relationship will Dierks dissolving, Gale has the rumor mill swirling about her new beau, sleepovers, and Tanis starting her own energy company. The episodes this season vary wildly in quality. There is at least one part of each of them to put a smile on your face or get a chuckle. There’s also usually a joke or two that don’t quite work or go on a bit long. I could hardly tell you what the episode involving the hockey players learning more about Judaism for dating purposes did besides that. That idea sounded like they could have fun with it initially but the execution wasn’t quite there. It was unfortunate to see some of the funnier side characters sidelined till the last episode. Letterkenny can always use more Tanis and Shoresy.

The laughs were most prevalent in the last episode and it feels like that was the one where they threw everything they had into it. Tanis and her crew launched an energy drink that drew heat from Bro Dude energy and just about everyone gets a moment to shine. Just don’t look up Stewart’s DJ name. There was a pretty great running gag that comes from Wayne almost hitting Coach with his car as well. I found myself quoting it to people without them knowing the context and laughing to myself. 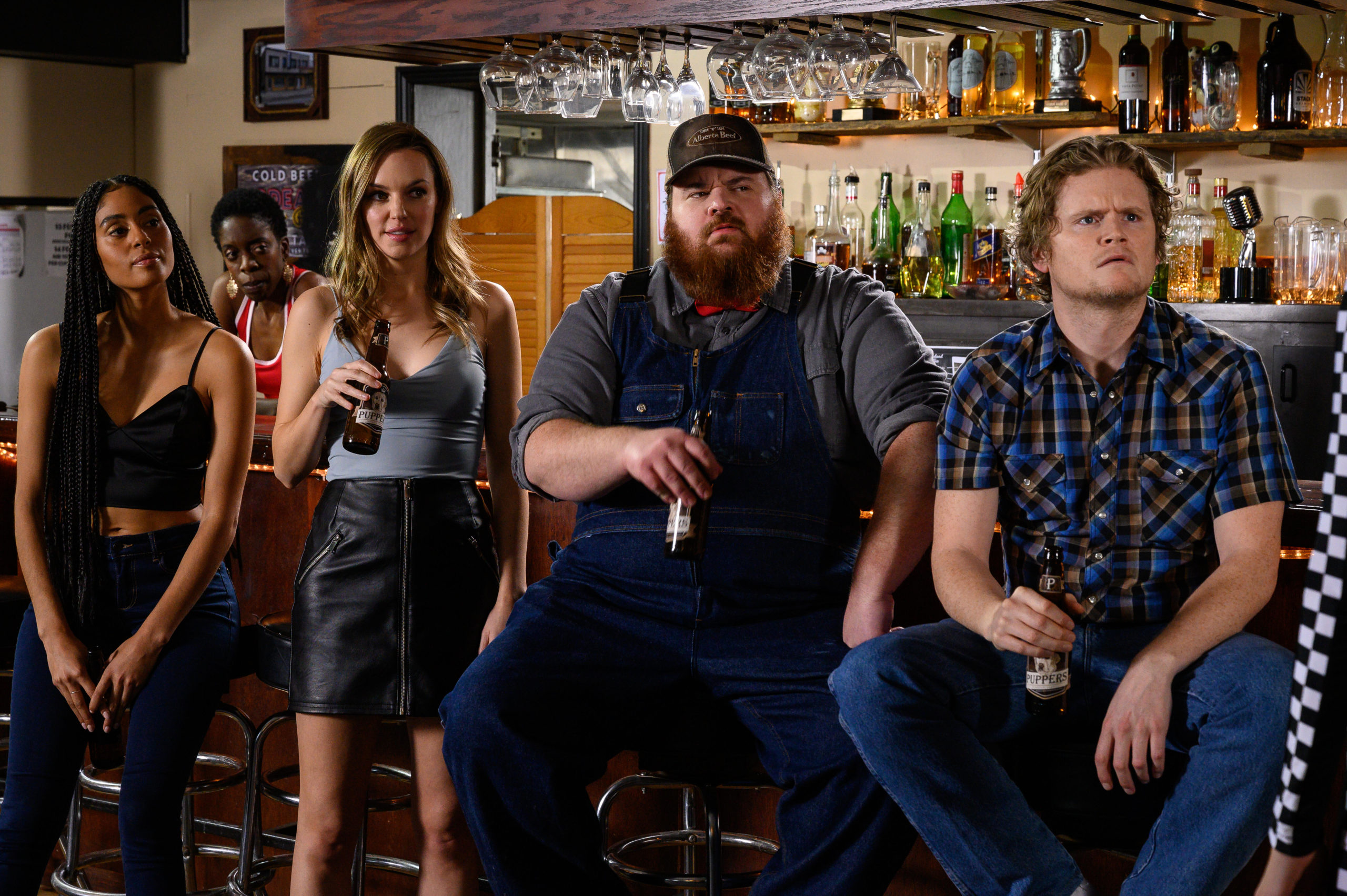 Letterkenny has always been a series with a high volume of jokes per minute, so much so that each episode requires multiple viewings to catch all the clever wit on display. There is no change with this season. The jokes and wordplay fly fast and loose in each episode and as much as I’ve always found this entertaining there were certainly times that the back and forth of the wordplay felt like it went on just a bit too long and lost the thread. Unfortunately, that was a running theme with this season. The enjoyment was uneven, to say the least. There were strong moments, particularly in the first half of the first episode, the cold open of the second episode, and the entirety of the last episode. The rest was very hit or miss.

The thing that stands out to me most on reflecting on Season 9 is how forgettable so much of it is. I’ve gone through it twice now and still forget what happened in the episodes outside of the bookends to the season. The episode where the hicks talk to misbehaving youths was particularly slow. It pains me to say this because overall the experience of watching this season has been positive. There are plenty of laughs and rapid-fire humor to satisfy fans of the series and some nice balance between all the supporting characters compared to other seasons. It’s hard to put my finger on it but I came away feeling underwhelmed. I’m sure, with time, the positives will stand out more than the negatives and I’ll look back fondly on this season just like any other but the immediate takeaway has been mediocre. The stand-out moments be they good or bad do tend to have some impact. 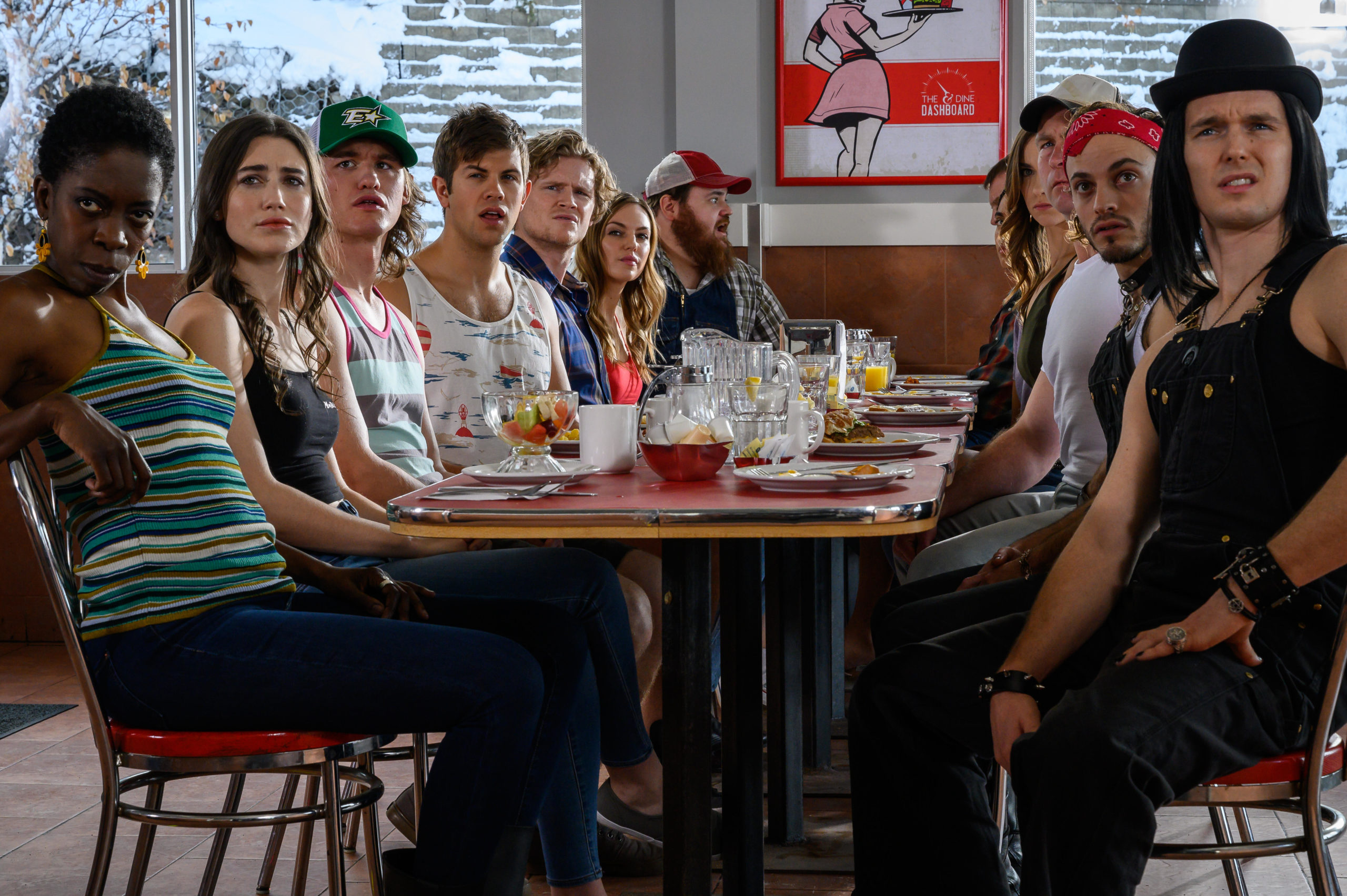 The chemistry between the cast, especially the core group of Wayne, Katy, Daryl, and Squirrely Dan, is fantastic as always. They play off each other well and the back and forth feels like classic Letterkenny. The other townsfolks pull their weight plenty too. It’s great to see Rosie stick around, Gale is…well still Gale, Reilly and Jonesy are predictably the same bro dudes who gave us ferda, and the skids have been toned down to more tolerable levels since the last few seasons. I was surprised that the McMurray’s, aside from Bonnie, only feature in the first episode of the season as they are always good for a laugh.

I just have to ask. What was up with that cliffhanger? I know Letterkenny does a cliffhanger most seasons, but this one felt out of the left field. It hadn’t come up this season and just seems to materialize because it wants something to tease the next season with. Not a big sticking point, just an odd endnote.

I can certainly recommend this season to any fans and to people who just want something fun to end the year with. There is plenty of Letterkenny to go round so don’t let the somewhat uneven nature of this season deter you from jumping in if you haven’t prior.

Letterkenny Season 9 is an uneven mix of laughs and lulls. It underutilizes some side characters and drags too much in the middle. This will still be a good time for fans of the show but it squanders some good ideas and only capitalizes on a few.