0
Hitchcock hated his version, and he probably wouldn't like this one as well

For all his accomplishments and the everlasting impact that spans multiple decades (and counting), Alfred Hitchcock won one (1) Best Picture award from the Academy. Of course, a person isn’t made by awards, and the weight of superlatives lavished upon creatives is done out of admiration and respect regardless of the number of statues that may rest on their mantle. That movie which won him his only Best Picture received a remake courtesy of Netflix, though the award outcome for this year’s Rebecca won’t reprise similar success come Oscar season.

Based on the book of the same name by Dame Daphne du Maurier, Rebecca is a story of a whirlwind love that blinds two lovers before a haunting reality sets in once the honeymoon is over. This unlikely love story of a young woman with no family or money finding the heart of the most eligible bachelor in England is so seemingly impossible that she’s teased excessively about her notions. 1935 is cruel when it comes to class division.

Starring Armie Hammer, Lily James, and Kristin Scott Thomas, Rebecca shifts its story in three parts, which isn’t atypical of films, however, director Ben Wheatley opts to be explicit in the changes. The beginning of the movie feels and plays like a romance film. A young woman (James) — whose name we never learn — works as a lady’s companion to an aristocratic widow. A teacher and employer, the widow pays the Young Woman to travel with her while exposing her high society and how to behave with savoir-faire. A good teacher she is not, however, as she berates the Young Woman at every opportunity and never lets her forget that she’s not fit for a lavish lifestyle. Imagine being paid to see how the rich live but in return, they just beat you down and remind you of your flaws. Some job.

In between being told she’s never going to amount to anything, the Young Woman inadvertently makes an impression on the rich widower Maxim de Winter (Hammer). In his best mustard-colored suit, de Winter woos the Young Woman with a number of notes. As the two spend time more and more time together – driving a convertible through the streets of Monte Carlo, lunch on the cliffs of Monte Carlo, swimming in the water of Monte Carlo – feelings become stronger and the two new lovers take their relationship to the next level and get married. 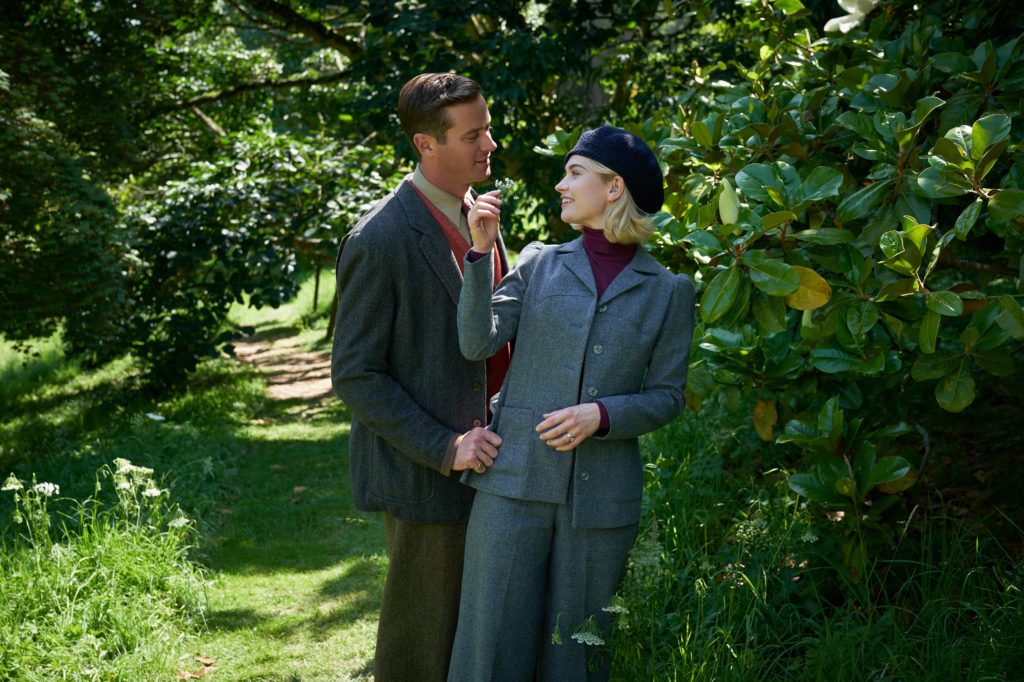 It’s here the tone shifts from a whirlwind romance to horror (or thriller, depending on your definition). From sunny days and breathtaking views, Wheatley brings us to de Winter’s family estate, known simply as Manderly, where the sun seems to never shine. Here, the new Mrs. de Winter is introduced to her status changing life full of butlers, maids, and the devious Mrs. Danvers (Scott Thomas). Easily the best part of and most interesting character in the film, Mrs. Danvers ensures the entire Manderly operation runs smoothly. We learn right away about how Mrs. Danvers feels about the new Mrs. de Winter, Quick and adamant in reminding Mrs. de Winter that she is nothing compared to Maxim’s first wife, Rebecca, Mrs. Danvers also has a habit of popping up when least expected, especially during the sleepwalking nights. If that wasn’t enough, the new member of Manderly has dreams and visions of the mysterious Rebecca.

As the moderately tangled web of Max’s past weaves into its final form, Mrs. de Winter finds herself at a crossroads. In a period when it’s better to be a widow than a divorcee, Mrs. de Winter once again turns to her heart when her hand is on the trigger. Her shine of innocence continues to dissipate as she encounters new realities, not just about her husband and the overly monogrammed remnants of his former wife, but about how the world works. It also shows how swiftly a 1935 judicial system took action in the final act as the film turns into a courtroom during a criminal investigation. For all its pomp around social protocol and grandiose landscapes, the story itself has a hard time keeping up. Constantly finding herself in a morass of situations, the Young Woman is taken advantage of to the point where you’re wondering how anyone could be so naive. Maxim goes from a man with laughter in newfound love but flips a switch as soon as the two get back to Manderly Estates. He goes about his business, taking trips without her while we never learn what it is he does. Other characters come and go but are really just used as exposition pieces to give viewers a tepid background about how great Rebecca was and why they can’t let her go. Telling instead of showing never gives full credence to the legend of Rebecca which is supposed to be the film’s allure.

Even the turn in the plot feels underwhelming and unsatisfying as the reveal about Rebecca’s death and Maxim’s true feelings towards his ex come to light. While Hammer, James, and Thomas play the era well with a costume design that feels entirely accurate, their look can’t overcome the lackluster way Wheatley’s telling of the story unfolds. 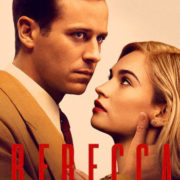 An uninspiring rendition of the Hitchcock classic, this version of Rebecca has trouble delivering on the mystery it portends throughout the film.