0
Put the phone down

There are a ton of movies out there about our need to disconnect from our phones and computers. They range from comedies to documentaries, to dramas… hell, there are even some action films that could be lumped into that category. It’s a popular subject considering the fact that we all do need to take a break from these devices (but still make sure you read Flixist).

However, no one has made an alien invasion comedy about this yet and after watching Save Yourselves! I kind of wonder why it took so long. Well, not really. It’s not especially the kind of thing you’d expect to go together. The alien invasion seems somewhat distanced from our overuse of technology but that might just be the point of Save Yourselves!.

Even if it doesn’t have a point, the charm of its stars and its fuzzy aliens make it hard to not like.

Save Yourselves! would probably best be watched going in completely and totally blind off of a friend’s recommendation. If you haven’t heard of the film and didn’t read the first three paragraphs of this review you’ve still got that option so just look at my score and go watch it.

The premise seems like a set up for a thoughtful, quirky romantic comedy. A couple, Su (Sunita Mani) and Jack (John Reynolds) find themselves in a rut, staring at their phones and having plenty of trouble connecting romantically. A chance encounter with an old friend who is living his best life leads them to borrow his cabin for a week as they agree to turn off their phones and ditch their laptops. That premise alone could work as a movie, especially given Mani and Reynolds’ chemistry together, but it’s not the main thrust of the film. 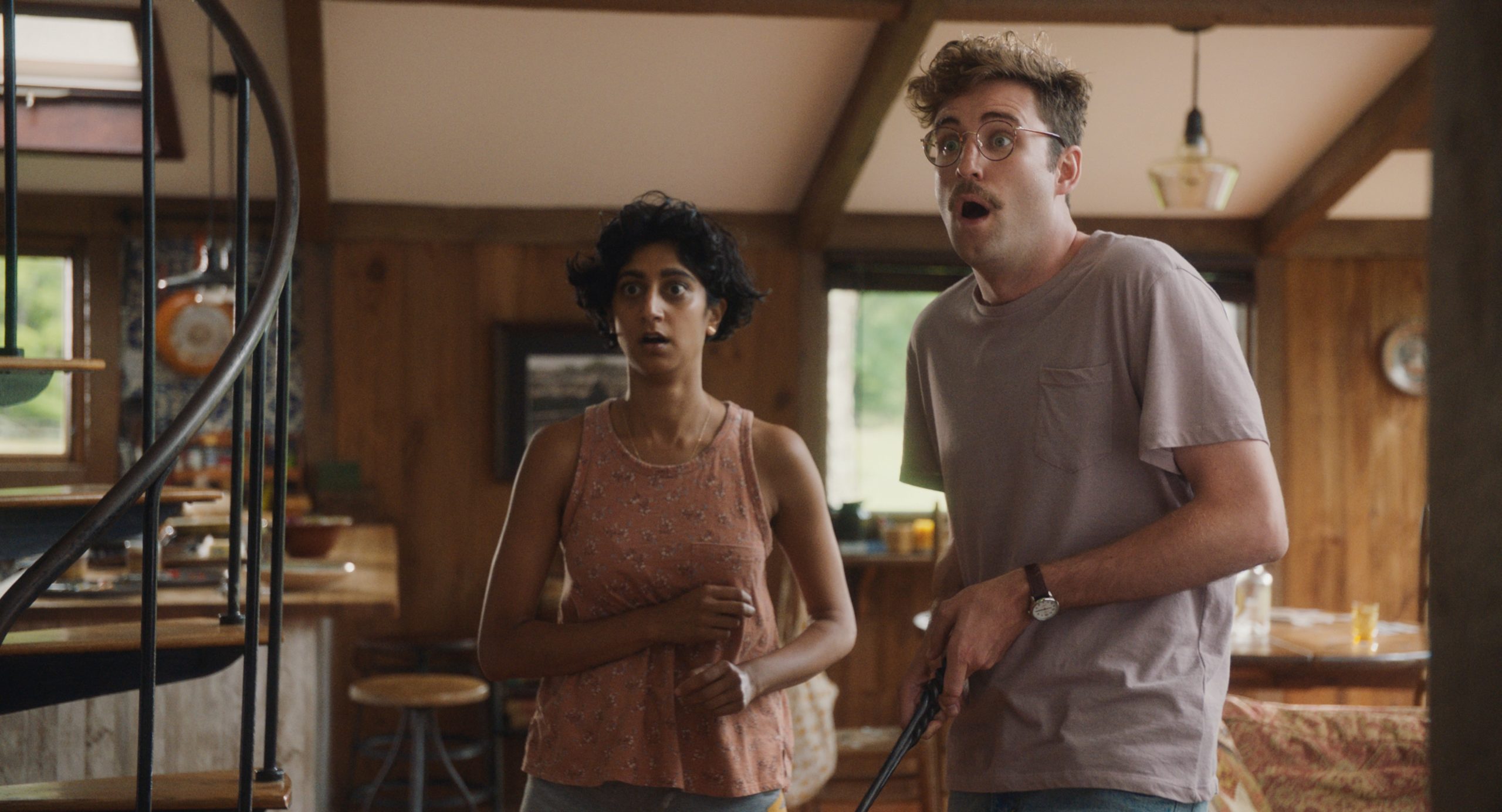 Once at the cabin, the couple does successfully disconnect and the film plays out for a good while like a normal rom-com, with the pair heading towards some realizations about their relationship. If you didn’t know about the film it would feel like a perfectly good movie about two awkward Millenials reconnecting. Then the aliens show up. Or, at least for the rest of the world they do. Due to the fact that the pair have shut off their technology and their remote location, they don’t find out about the alien invasion until one of the furry little aliens (think The Trouble with Tribbles) shows up at their cabin and tries to kill them.

The film then dovetails into how these two completely unprepared people would survive during an alien invasion. What’s so great about that is that the small arguments and insecurities they were having before are actually played out in a larger scale thanks to the invasion concept. The film does kind of drop its commentary on our addiction to media in favor of broader, alien-based comedy but it all works. The themes of the movie never seem to shift even though its plot and tone do. 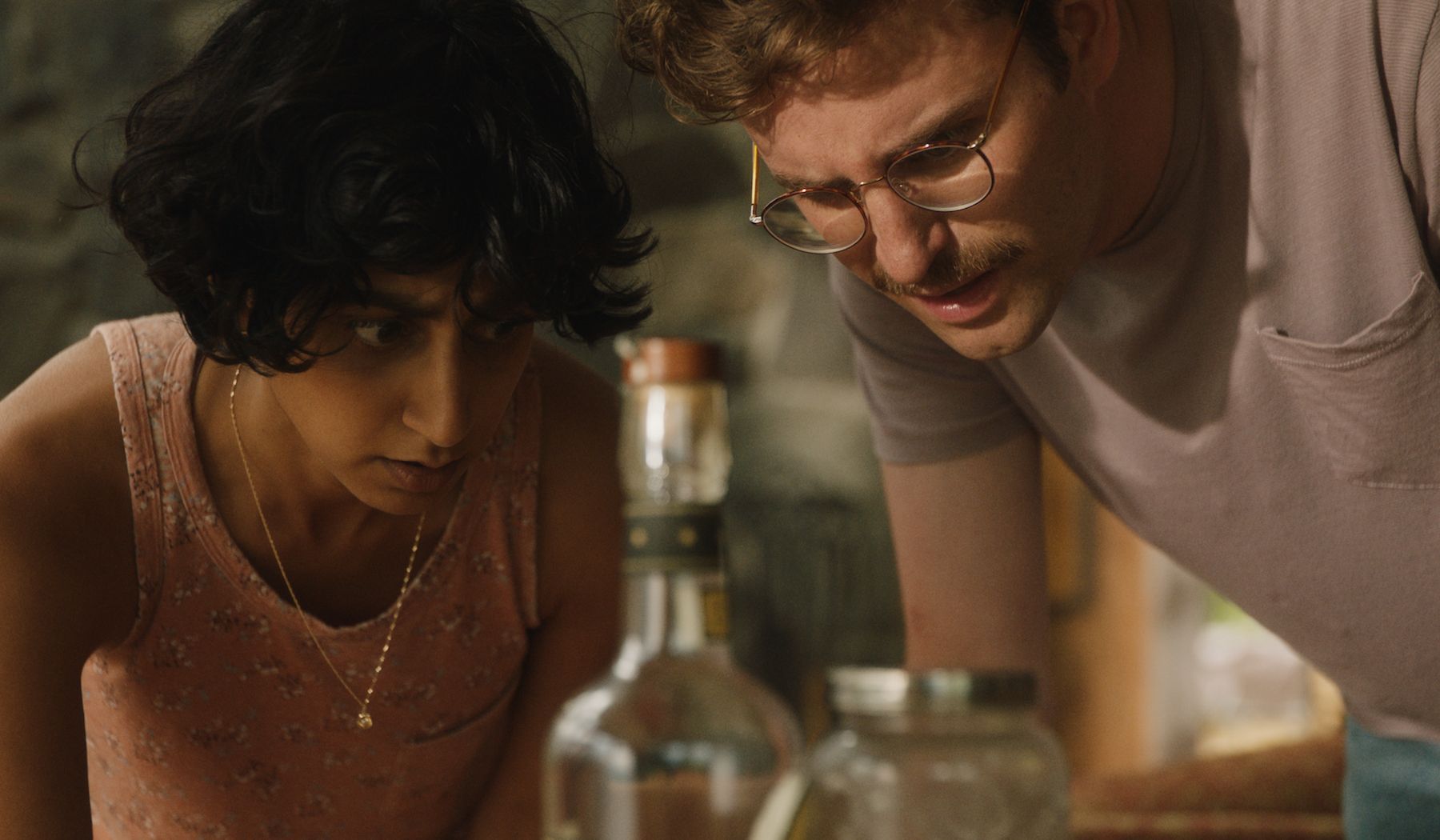 A lot of this has to do with just how good the screenplay is and how well Mani and Reynold’s are together. The pair deliver 90 percent of the film’s lines and if they didn’t work the movie wouldn’t either. However, they feel like a wonderfully natural couple and the majority of the comedy doesn’t come from cheap gags but from their genuine response to a very scary (and ridiculous) situation. Their moral argument over whether or not they should use a gun is a hilarious example that also hits surprisingly close to home for a comedy. The movie may be trying to make a point about how connected we are as a species outside of our phones but its really the smaller scale relationship between Su and Jack that drives it along and makes it funny.

Save Yourselves!‘s conclusion is a little odd, especially given the title of the film but even then it seems to work. The two movies (rom-com and sci-fi) merge wonderfully into one, delivering a heartfelt, charming comedy that just happens to have fuzzy death balls with killer tentacles. It’s the kind of film that you run into on the off chance and start recommending to everyone you meet. Do yourself a favor, get some friends, and save yourselves a night to watch this one. 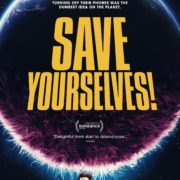 Save Yourselves is the kind of comedy that works thanks to its stars but sticks with you, further along, that's to its creative premise and strong writing.