Christopher Nolan’s Tenet is proving to be the most polarising film of his career. With such a mixed reception already, it’s impossible to posit yourself precisely one way or another. Whether you agree that it’s a ‘palindromic dud’ or you lean more towards the ‘grandly entertaining’ assessment, it really does depend on your capacity to appreciate and enjoy the complexity of the Nolan canon.

For one thing, its director wants it to be known as a capital-E Event; the wait has been long, he’s earned that much. Tenet shocks you into submission from the opening moments but proceeds to mess with your head like a cinematic gyroscope.

This review promises to be spoiler-free, as far as it can be — anything I say about the film’s plot is unlikely to give away important details. Building on Nolan’s already extensive repertoire, it’s another study in sophisticated, character-driven plot. Like Inception before it, Tenet demands secondary viewings to fully grasp each detail, and I suspect viewers will pick up clues the more closely they observe. But I think to make a direct comparison to Inception or even to call it a sequel would be unfair — for all the similarities, Tenet has enough to say about its subject matter and its characters to be its own thing.

The experience of attending the cinema for an apocalyptic thriller where characters attempt to stop the present from happening isn’t a million miles away from the kind of reality we’re living in now. The bombastic opening grips you with signature Nolan intensity, more than just a little claustrophobic as you sit with a mask and fixate on the screen. If its violent opening felt insensitive given the brutality, natural disasters, and violence of this year, then the rest of the film was spent redeeming this dark window.

CIA agent John David Washington, as The Protagonist, finds himself pairing up with philosophical physicist and debonair gentleman Neil (Robert Pattinson). Armed with a single word, “tenet” (which belies explanation), they work against the machinations of dangerous tycoon Andrei Sator (Kenneth Branagh). Sator’s wife, Kat (Elizabeth Debicki) becomes an important pawn in the game, with Sator’s menace growing proportionally as we delve deeper into her character and tear at the fabric of their glamorous life. 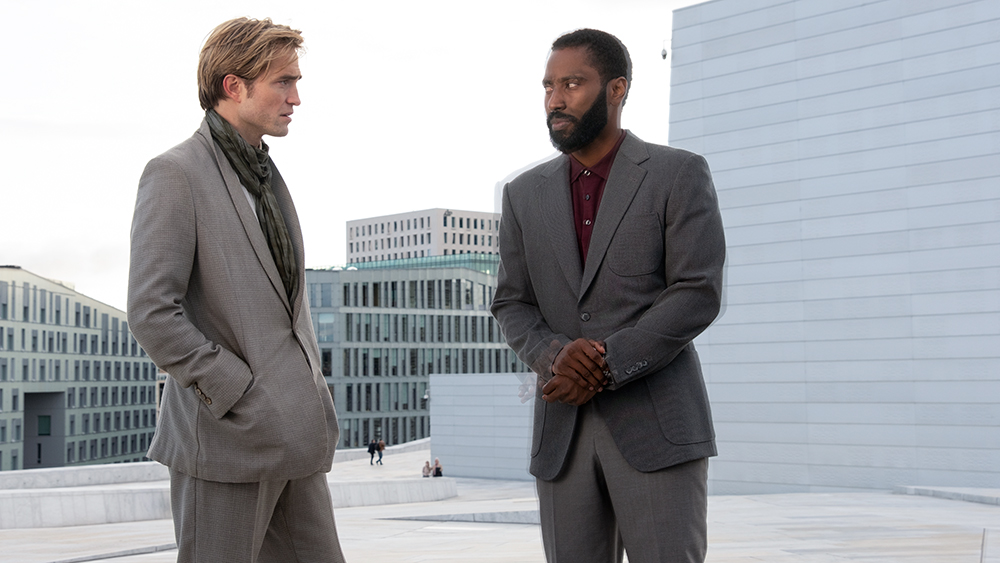 As with all good thrillers, there is a heavy element of misdirection, and I feel that the cliche of ‘trying to prevent World War III’ probably didn’t unfold the way I’d expect. At the start of the film, discrete parts make up the narrative — they become problematic when they converge.

There are a few subplots to keep track of, including that of the elusive Priya (Dimple Kapadia), and Michael Caine’s Crosby. It’s these secondary characters that become more important as the plot builds, leading to vital clues in the film’s third act. The film stretches to a generous 140-minute runtime, so it’s one that gives time for all these plots to percolate. I thought it may be rounding to a close around the 2-hour mark, but the extra time didn’t feel laborious.

With Interstellar and Dunkirk cinematographer Hoyte Van Hoytema at the helm, the aesthetics were in good hands — though thankfully stepping away from the oversaturated filters of Nolan’s previous wartime survival thriller. It was visually arresting, and the hitherto barred experience of seeing it on the big screen gave it the added impact needed. Complaints about the quality of the sound mixing aside, Ludwig Göransson’s score — a deviation from the standard Zimmer-Nolan collaboration — felt just as immersive, especially in high-stakes chase sequences.

Everyone in the screening was noticeably engaged, actively whispering to each other to try to decipher what was happening when and why. While the film was consciously preoccupied with themes of space-time relativity, which dominated Interstellar, it also unconsciously displayed a level of anxiety about the turn of events in one’s life and the desire for control and stability amid chaos, apt for the current moment. The nameless Protagonist cements his identity as an everyman, coming to terms with his own reality. 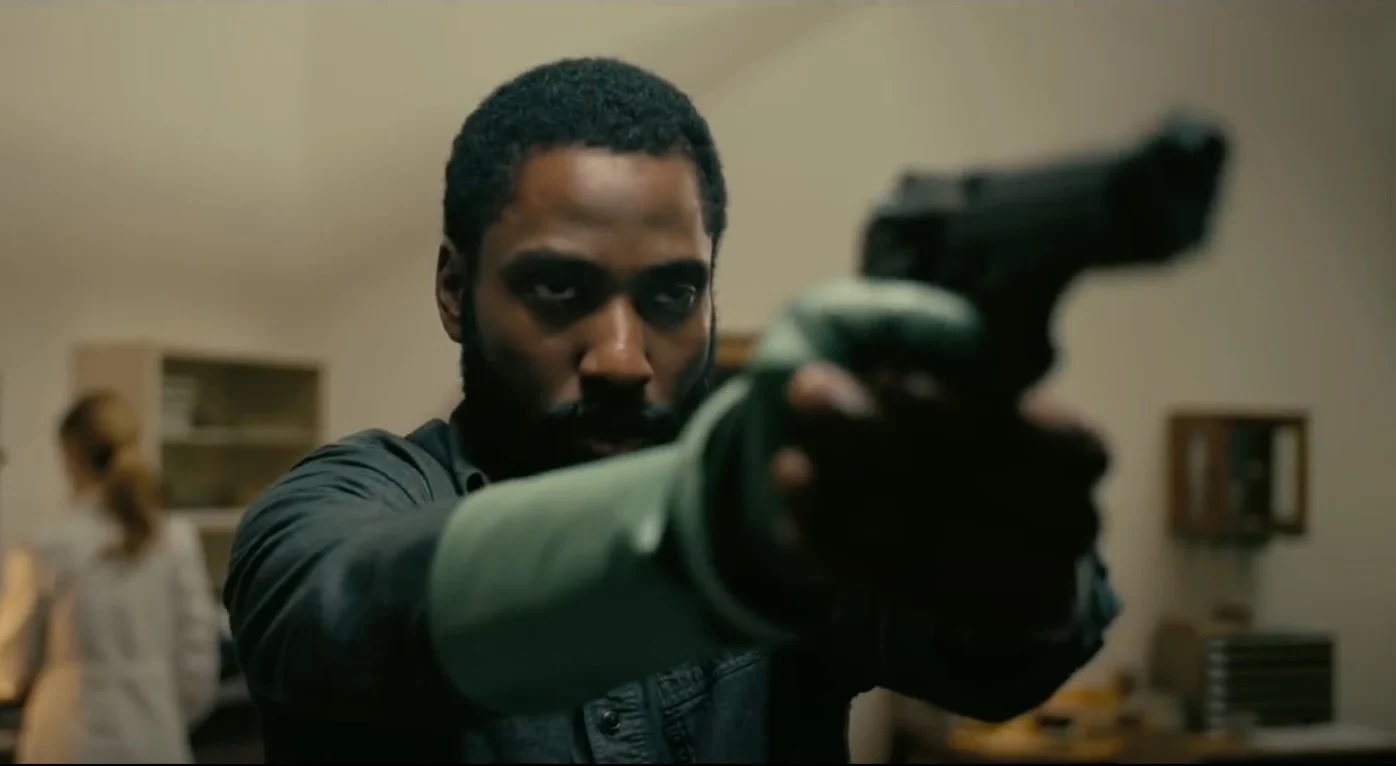 I’m wary of making premature judgments on something that could be regarded as a masterpiece in a decade, but I won’t say I was completely blown away. It was certainly tense, exotic, and sensational, but I do feel there’s an element of Nolan fatigue at play. He’s built such a reputation for his films that spectacular has become the norm and anything less just doesn’t hit the mark. The Dark Knight trilogy, Inception, and Interstellar succeeded in doing something unique — but what happens when the unique becomes the ordinary? When we’re expecting tightly-written plots and individually motivated characters, how does a director — even Christopher Nolan — deliver beyond these expectations?

Of course, one way he achieves this in Tenet is by having past and present narratives play out simultaneously. It was refreshing to see characters so engaged with their place in time that even they questioned the logic of their own narrative. As reviewers have observed in the past, logic isn’t always the answer; it’s more about an emotional response to a film.

At one point, a character explains the reversed cause-effect relationship to the Protagonist, adding: ‘Don’t try to understand it.’ I’d say that’s kicking sand over a plot hole while masquerading as tackling the problem head-on. One’s understanding doesn’t seem to matter in the long run, but I feel a director should have enough of a rapport with the viewer so that both sides enjoy the story. The act of viewing is an exchange that has to work both ways.

This is what I found most problematic. I don’t want to always palm Nolan films off by saying “It wasn’t logical; therefore, it was exactly what I wanted from him,” and one gets the impression of Nolan smirking at viewers who don’t fully and immediately grasp the film’s complexity. In the same way that the latest David Lynch pieces have deviated from their masterful origins and became more surreal, to their detriment, Tenet feels like Nolan’s attempt to shock the audience anew, with varying degrees of success.

Tenet was a solid thriller and I’d expect no less of its director. Washington, Pattinson, and Debicki all shined in their roles, the chemistry between the trio highlighting their talents. Ultimately its exploration of time and self-conscious approach to the narrative was rewarding, but I did feel as though it fell short of the mark by attempting to over-intellectualise. It demands a rewatch, and while I won’t force anyone to brave the cinema during a pandemic, the intensity of the big screen and sound system takes you out of reality for a moment, as all good Nolan films should. 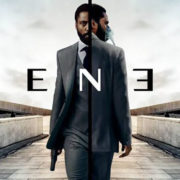 Yes, this could have been better, but it is still worth your time.
6.8

We’re presented with a film that not only shocks you into submission from the opening moments, but messes with your head like a cinematic gyroscope.