0
Of mustaches and murder

I have a confession to make. For years, I’ve always thought lesser of straight to Netflix movies. It’s completely irrational, I know, but where most major releases had premieres in theaters and could be measured with metrics like box offices or how long they’ve been in theaters, Netflix always came across as a middle-man. It didn’t have enough oomph to break into the big boys of theatrical releases with most of its original movie releases being underwhelming to say the least.

They always gave me the impression of picking up anything and everything to bolster their library, quality be damned. To expand beyond film, I viewed Netflix films as being the equivalent to Steam Greenlight, as unfair as that may be. That doesn’t apply whatsoever to TV shows, since I feel Netflix functions better as a TV streaming service rather than a movie one, but that was just my opinion for the longest time.

Of course, since I’m referring to all of that in the past tense, that means my opinion has now changed. With over a month of quarantine behind us, I’ve become more accustomed to Netflix’s latest releases and realized that there is some really fantastic stuff that they release. I’ve loved the complete shlock that was The Babysitter, Marriage Story was absolutely beautiful, and this week I had the pleasure of watching The Willoughbys, which has quickly shot up and become my favorite movie of 2020 so far. I know there’s not a whole lot of competition right now, but don’t let that undermine just how good this animated film really is.

Based off the Lois Lowry book of the same name, The WIlloughbys follows the adventures of four children of the influential and legendary Willoughby family. Previous generations were politicians, scientists, and philosophers, but their parents are horny for each other, neglect their kids, and brought their family name into the gutter because of how selfish they are. The four children, Tim (Will Forte), Jane (Alessia Cara), and the Barnaby twins (Sean Cullen), concoct a plan to send their parents on a dangerous vacation that will most definitely kill them so that they can finally be out of their heads forever and give them the independence they’ve been craving for years.

While that may be the central premise of the movie, in reality there are tons of little throwaway scenes and moments that have only the loosest of correlations to each other. It’s not unlike Monty Python and the Holy Grail where, while there is a central goal for the characters, it focuses on having several scenes that can stand well on their own. From feral babies, to an even more murderous rendition of Home Alone, to escaping what I can only describe as Child Protective Services if they also doubled as the Men in Black, every scene brings with it some new scenario for our heroes to encounter.

I’m no stranger to movies having a breakneck pace, but what makes it work so well in The Willoughbys is that even when a joke doesn’t land that well, it’s almost quickly overshadowed by another joke that pops up a few seconds later. Adding onto that, there are plenty of strange moments that happen in the background that are also equally deserving of your attention. It’s frenetic in the best way possible and lends itself to repeat viewings just to see what other jokes you might have missed. The jokes are varied enough as well where there’s bound to be a little something for everyone. Physical humor, dark wit, puns, and even a few raunchy adult jokes keep the humor varied and exciting. I can easily imagine children laughing their butts off because I know for a fact that I did.

Sometimes there are decisions that don’t really make a lot of sense that I most attribute to the pains of adaptation. Ricky Gervais plays a cat who narrates the entire story, but he doesn’t add a lot to the proceedings and instead just slows the pace down. In a movie that’s as fast and crazed as The Willoughbys, I’m sure that the production team wanted to have a few moments for the audience to breathe, but I find Gervais’ asides to be more distracting that relieving.

Thankfully, those barely account for the 5% of the movie and the rest is just stellar. Special mention has to be made to the animation department, specifically the designs of Craig Kellman, who designed the characters in the Hotel Transylvania movies and the recent Addams Family movie. The physicality of these characters all feel wonderful and are designed in such a way that you only need to look at them to understand who they are and what their personality is like. This is a movie where I would gladly pick up an art book of the production just to see the designs and sketches that went into making it. Even when looking at stills of the movie, seeing all of the character in motion does the movie more justice than words or pictures ever could.

On that note, man does this movie look wonderful. Filled with bright and evocative colors, I’m almost reminded of how Into the Spider-verse used its color palette to bring its rendition of New York to life. Here, the Willoughby siblings all stand out with their bright pink hair, the various locations they travel to are all bright and distinct, all culminating in a aerial spectacle that actually was able to fill me with a sense of childhood wonder. 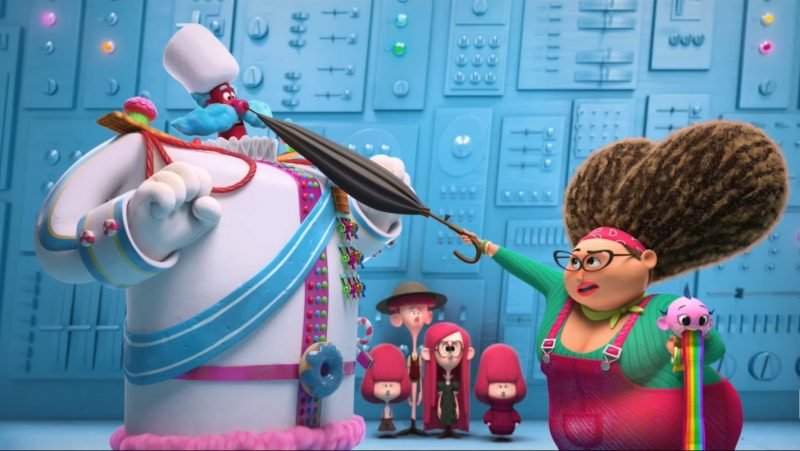 To contrast with that bright sense of childhood magic, The Willoughbys also isn’t afraid to get dark in places and subvert your expectations. The heartlessness and stupidity of their parents is cartoonish to the point where their ineptitude and selfishness results in the deaths of dozens of people and right when you think the movie is about to impart its moral and give us a happy ending, The Willoughbys laughs at you first, kicks you to the ground, steals your lunch money, then goes running off into the sunset. I’m all for subverting expectations and when the result was as funny as it was here, I find it hard to complain about anything else in the movie.

At a time where most family movies are releasing digitally for $19.99 to rent, The Willoughbys isn’t just an affordable alternative to the major studio system’s shift to digital releases, but an all around excellent family movie. While I decided to watch this out of sheer boredom, it turned into one of the best decisions I made all month. Grab the kids, gather around, and watch some manic animation. 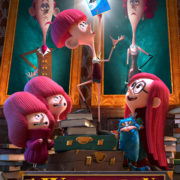 One of the best films of the year. You should see it immediately, without question.
8.5

At a time where most family movies are releasing digitally for $19.99 to rent, The Willoughbys isn't just an affordable alternative to the major studio system's shift to digital releases, but an all around excellent family movie.